Sorcerer continues to deliver epic doom metal in all of its might with their third full-length album “Lamenting of the Innocent,” set to be released on May 29th. Reborn in 2010 with original members Anders Engberg and Johnny Hagel after splitting in the early 1990s, the band joined forces with a new lineup and rejuvenated creative spirits after a series of festival placements. Sorcerer released their first full-length album “In the Shadow of the Inverted Cross” in 2015, embodying the same spirit as the band’s first two demos from more than twenty years prior. “Lamenting of the Innocent” also marks the return of one of the band’s original drummers, Richard Evensand to the lineup. Featuring the talents of Candlemass vocalist Johan Langquist on the track “Deliverance,” there is no question that Sorcerer have never lost sight of the foundation that inspired the definitive sounds of epic doom while adapting seamlessly to the dynamic nature of contemporary metal. 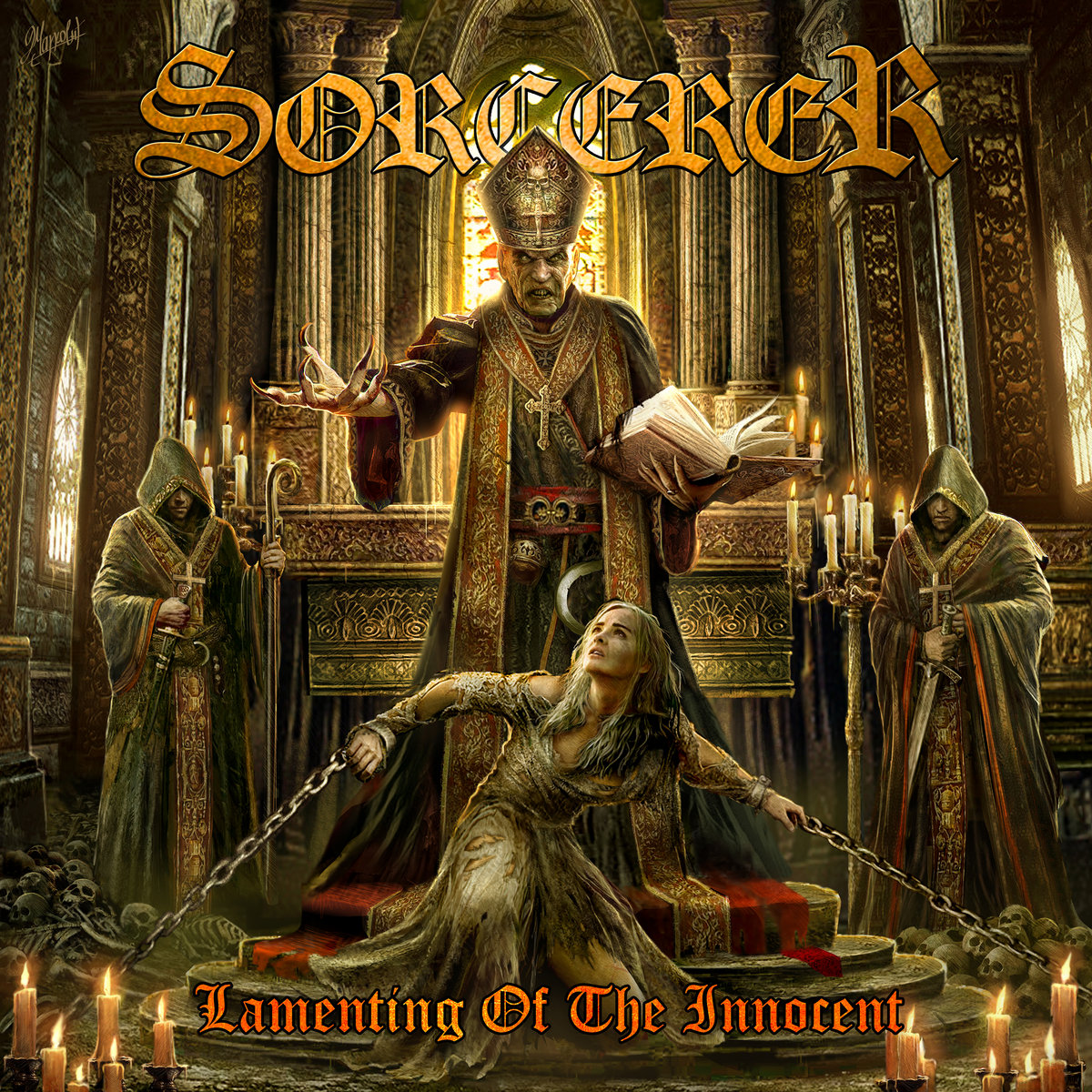 As Sorcerer tackles the topic of witch burning in a comprehensive album concept, their style has evolved to include even stronger melodies in addition to the vocally driven, hard-hitting choruses they are best known for. Since their initial reunion ten years ago, Sorcerer has also included the creative talents of guitarist Kristian Niemann (ex-Therion), the mastermind behind the larger-than-life riffs on “Lamenting of the Innocent.” Covering a stylistic spectrum that includes a wide range of tempos and even a few choice moments of harsh vocals, this latest opus is a bold new chapter for Sorcerer and their contributions to epic doom. Niemann took the time to speak with Sonic Perspectives collaborator Samantha Buckman about the stylistic changes that listeners can expect on the new album, what the creative process has been like with the new lineup, and what Sorcerer plans to bring from to future live performances.