Tesla will be releasing their new live album “Five Man London Jam”, on March 27, 2020, via UMe. The album was recorded and filmed in 4K high-definition at Abbey Road Studios in London as a homage to their critically acclaimed and highly influential Top 20 platinum album “Five Man Acoustical Jam”. It was a one-night musical event capturing the band performing songs from their legendary arsenal, including “Love Song” and “What You Give” along with their classic covers of “Signs” and “We Can Work It Out.” The band also performed acoustically, for the first time, “California Summer Song,” “Tied To The Tracks,” and “Forever Loving You” from their latest record “Shock”.

Contributor Robert Cavuoto had the opportunity to speak with Tesla‘s singer Jeff Keith about the significance of revisiting their iconic 1990 “Five Man Acoustical Jam” album, how the band came to record at Abbey Road Studios, how the set list was picked, and much more. Read the transcript of their conversation below. 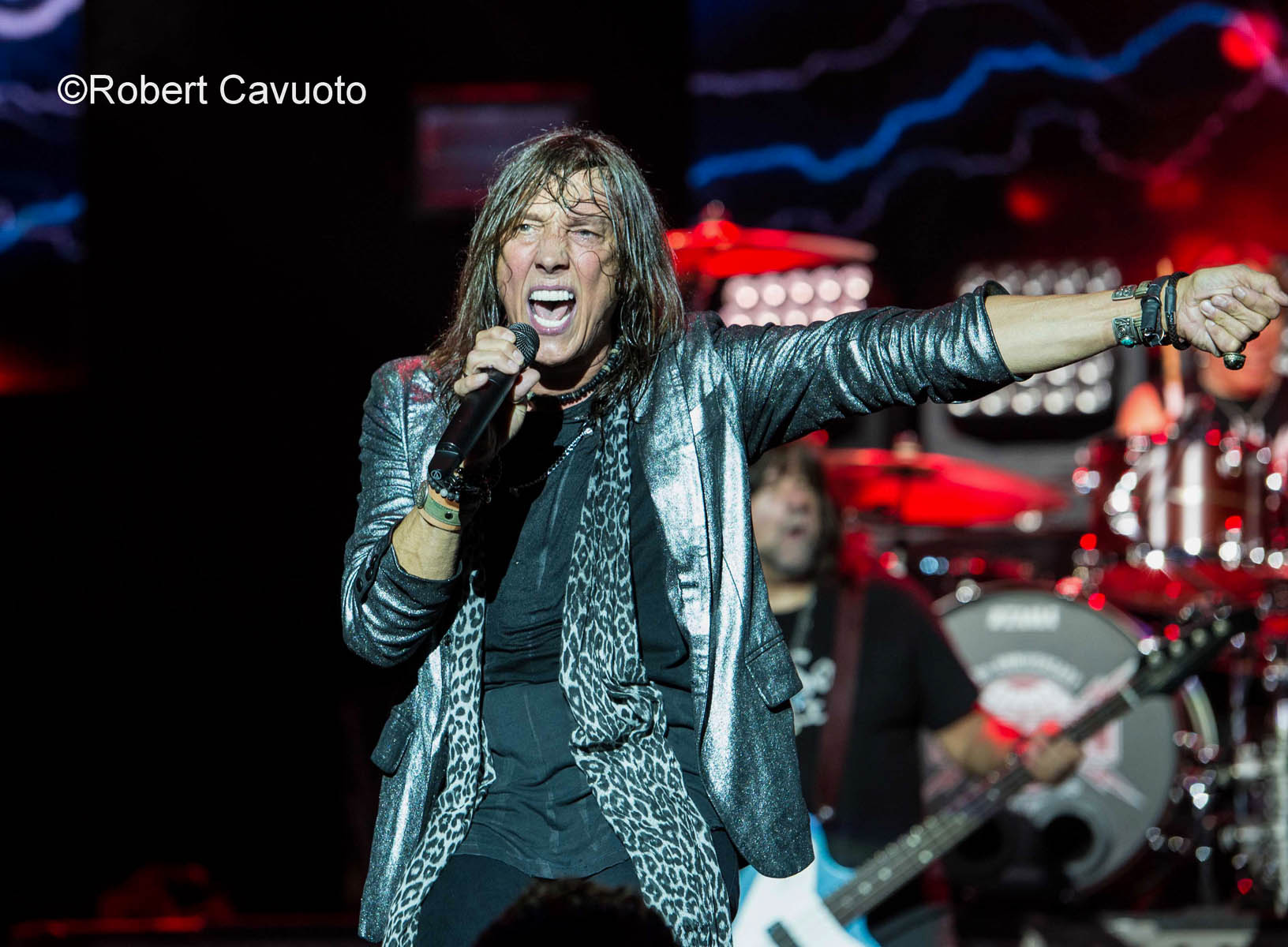 This new album is a wonderful celebration of your “Five Man Acoustical Jam” release from 30 years ago. Tell me about the significance of honoring the original record and why the band decided to record it at Abbey Road Studios?

Last summer, we were in Europe doing a tour which just happened to start in the UK, so we did the recording at Abbey Road Studios. We were very fortunate that our management was able to work it out. It was magical celebrating 30 years since “Five Man Acoustical Jam”. The entire night of that show was us pushing it to the rim. We didn’t even know that we were being recorded. At Abbey Road, we knew it was being recorded. The audience was small and we ran through the songs one time. Well, to be honest, there may have been a word or little vocal part I slipped on, so we redid it. That’s really about it.

It had to be an incredible feeling for you to perform and film in the holiest of holy recording studios? 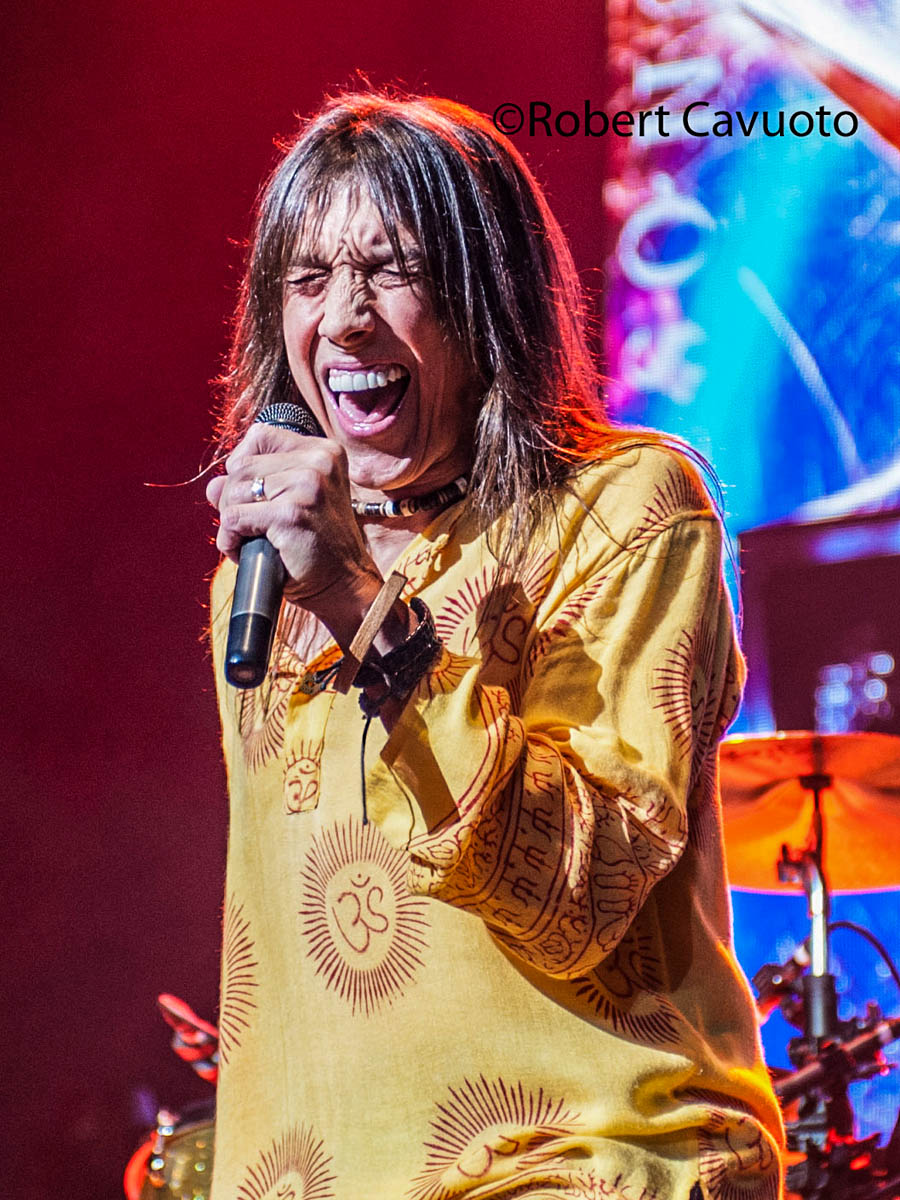 Tell me about the song selection for this album as it’s not a straight pick-up of the original set list from 30 years ago.

Its “Five Man Acoustical Jam” revisited, we included songs that were written after it plus some songs off “Shock”. We of course, wanted The Beatles cover, “We Can Work it Out,” “Signs,” which was a Top 10 single, and “Love Song.” Some songs weren’t written until after we did the “Five Man Acoustical Jam” like “What You Give” off “Psychotic Supper” which we also wanted. It was fun doing those types of songs. We even did two or three songs off the newest album, “Shock”. So it’s a combination of what we did 30 years ago, songs written after its release, and some newer songs. It’s not an exact copy; it’s reliving the experience with some newer songs.

Do you enjoy stripping down the electric version of the songs and performing them acoustically?

Yeah, “Modern Day Cowboy” has that iconic wall of amps; it’s a big Rock & Roll song, so when we did it acoustically 30 years ago, we had to recreate it differently. It’s fun approaching a song like that. The challenge is that a note on the acoustic guitar doesn’t sustain like on an electric guitar. Those guys were playing different riffs and taking a different approach to them. One of the problems we had this time was that we only had an hour and could only do so many songs. We started broad then started thinning them out while spreading the love across our material. It was fun to approach those newer songs, which we never did acoustically. That’s what I enjoy about music, especially playing it live; you get one shot to perform it. 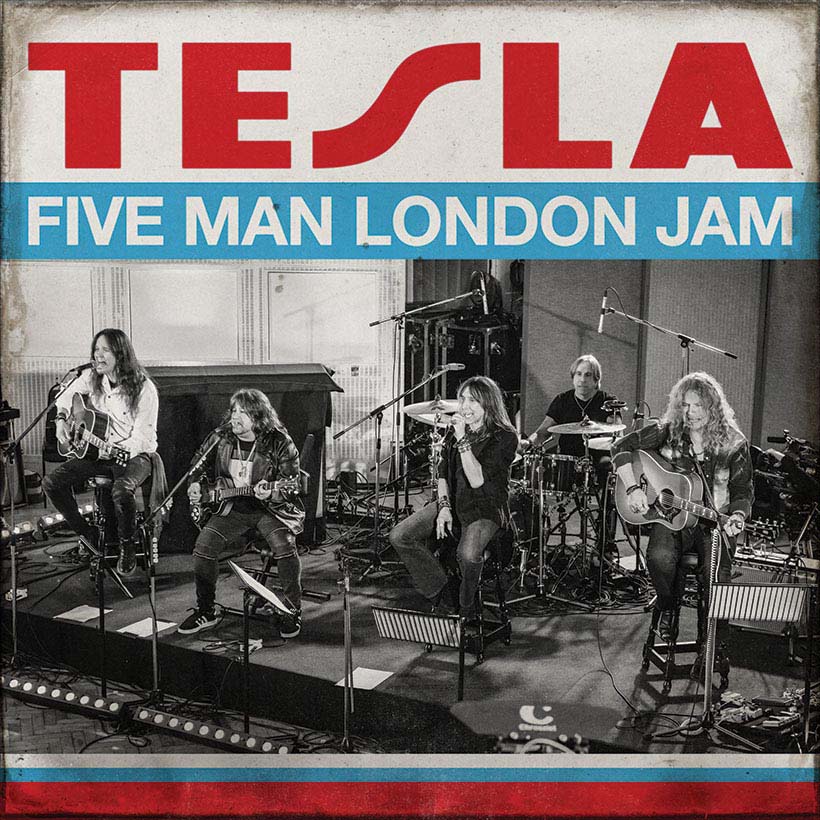 I never envisioned Abbey Road Studios being large enough to hold an audience.  How many people were there?

We were in either Studio B or 2, I can’t recall. It was in their big room. We had a small audience of maybe 30 people. It was fantastic sharing that magical moment with a small audience knowing within those walls The Beatles, The Who, and a lot of other bands recorded there.

You’re an amazing singer and I was truly blown away by the clarity, crispness, and power of your voice throughout that recording. It is so iconic and instantly recognizable. What do you do to take care of it?

In all honesty, 33-34 years ago, when we recorded the first record, I would drink a few cups of coffee, go in the vocal booth, and sing a song 20 times in order to pick the best version. It’s hard to sing like that night after night consistently, so we started tuning down. Some songs we go down a half or whole step. A song like “Flight to Nowhere” off the “The Great Radio Controversy” gets tuned down a whole step. Any more than that, the strings get too loose and bouncy [laughing]. The voice is still holding out, so as long as it does, we are going to continue. 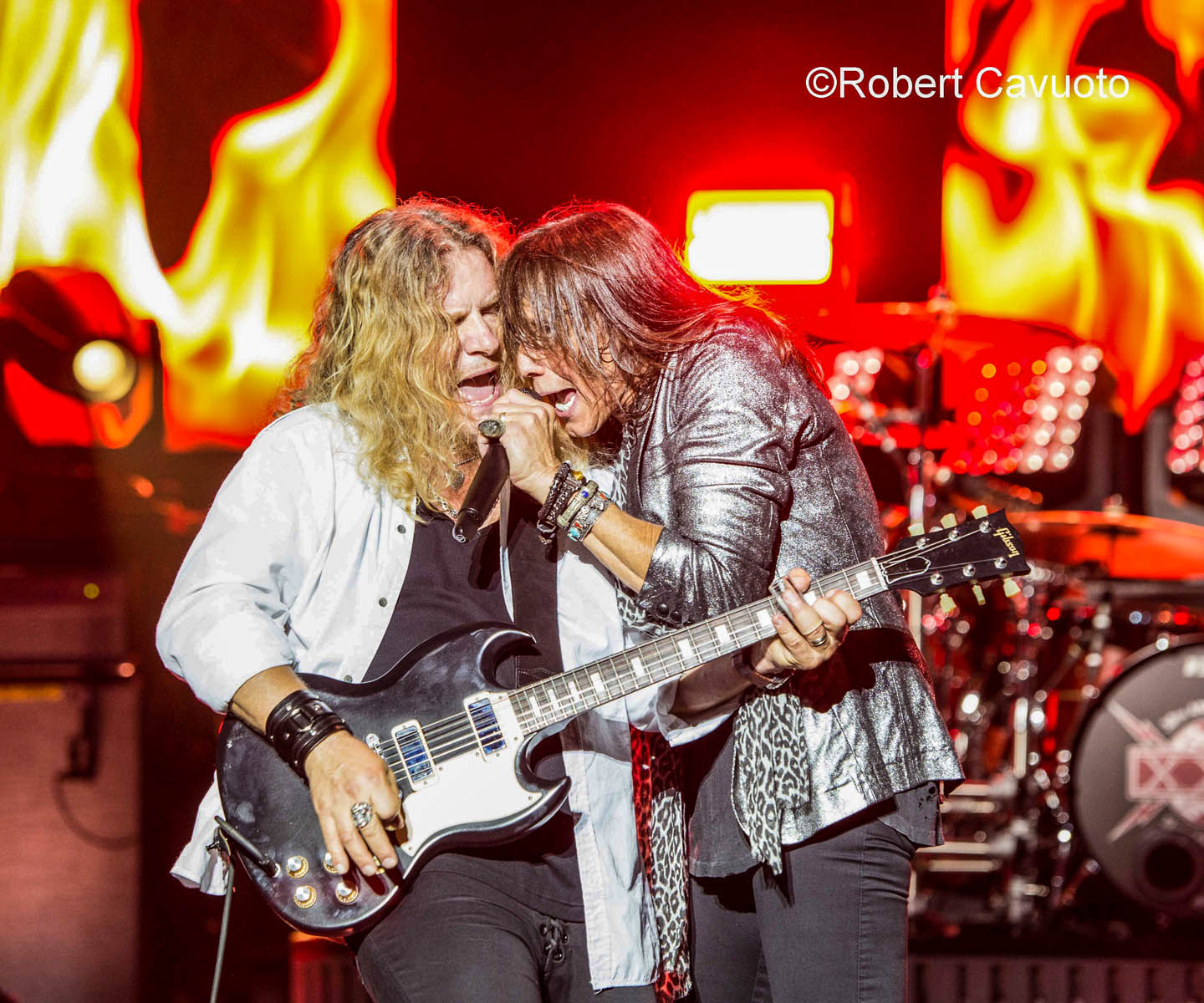 Photo by Robert CavuotoDid you do the obligatory photo of crossing Abbey Road like The Beatles did and if so, will it be in the booklet?

We did! We tried to go in the same direction, but there were five of us and only four of The Beatles [laughing]. Also, nobody was barefoot like Paul McCartney, the walrus. We won’t be using the photo in any of the packaging because it’s too iconic to what The Beatles did back in the day. We took a band photo on the front steps of the studio which they allowed us to do and use for promotion. They have certain limitations to what you can do and use. They didn’t want us taking pictures on the wall, not only because of the flash but because of the history. They want people to visit the studio and see it for themselves, not turn on our DVD to get the full tour [laughing].

I hope you are staying healthy and keeping safe during this time with the virus?

We are hoping that everybody is staying home, backing off from going out, and washing their hands. I do it so much, that I have to put on some Gold Bond then put my hands in dish-washing gloves for 20 minutes. I do it because I get cracked knuckles from all the soap. I do it while out on the road too. We all have to do the right thing and unfortunately, the right thing is hard. Even churches are closed for masses and doing things online. We have to take precautions because it is spreading quickly. We are taking measures that other countries took a week or two ago. We have to all work as a team. The world has to work together and come together in times like this. 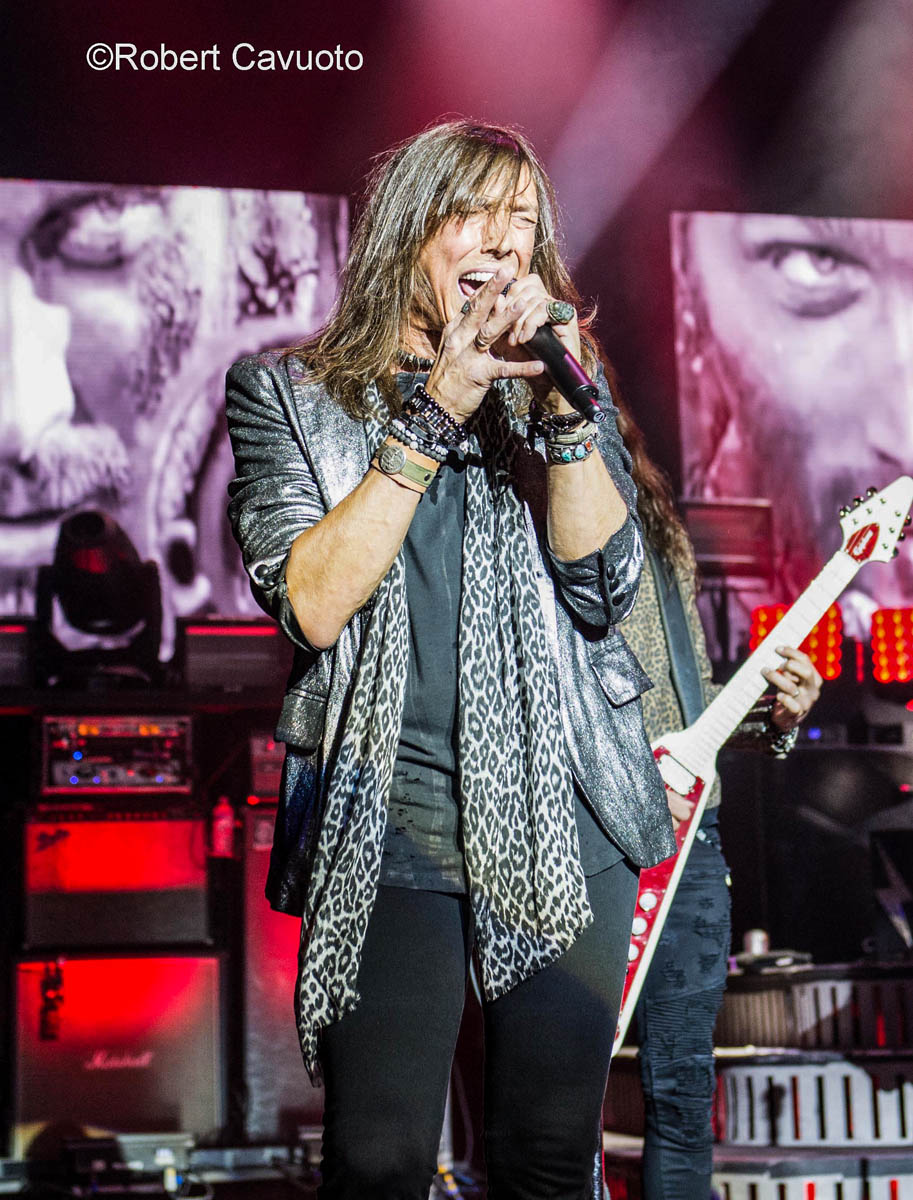 One my favorite songs off Shock is the title track, I particularly love the line “Flames are licking the ceiling” how did that come from?

I believe Dave Rude and Phil Collen co-wrote that song. Usually, I do my own melody and words, so this was a new experience to back off and let Dave and Phil works out the words, lyrics, and vocal melody. Brian Wheat wrote, “We can Rule the World” and Frank Hannon wrote “Summer Song.” These are ideas the guys had which was great for them. I’m not a “hard-to-work-with-guy” that won’t sing someone else’s stuff. Usually, they would give me their music and I would hum a melody; just like Paul McCartney said, “I believe everything is a melody.” I would then fill in the melody with words. “Shock”was a different approach for me. Also different than what we did in the past as we would be working on three different songs simultaneously. In the past with Tesla, we would work on one song until we thought we had it in the can then move on to the next one. It was fun bouncing around from song-to-song. Phil is a great songwriter and shared all these ideas he learned from Mutt Lange with us. He let us experience that which we are grateful. The fans are loving it too. Phil thought we had written great songs over the last three albums, but told us that he wanted to help us sonically. He wanted to try different ways of thinking about the songs yet remain true to us. The same thing when the grunge movement came in, we didn’t make a grunge records, we just backed off the throttle. We are a band from the 80s and cut our teeth in the 60s and 70s. We are who we are and don’t try to be anything different. I think our fans appreciate that we stuck to our roots and didn’t try to be something we aren’t.