One of the most enduring metal acts on the planet, MEGADETH has been recording a new album in the last few months, and updates have been given by their main-man Dave Mustaine from time to time. While the new songs are being honed in the studio, the band’s bass player, Dave Ellefson, aka “Junior”, is branching out and sowing his creative seeds in many other endeavors. He released a solo effort, “Sleeping Giants” in 2019, and honored some of his heroes and influences with the covers album “No Cover” last year, with the help of an extensive guest list. 2021 brings yet another one of Dave’s musical exploits, in the form of a collaboration with vocal extraordinaire Jeff Scott Soto (SOTO, Sons of Apollo, Trans-Siberian Orchestra). Under the moniker ELLEFSON-SOTO, their first debut will contain original material, and a taste of what’s to come has just been revealed, in the shape of “Swords & Tequila”, their version of a Riot song.

Dave is no stranger to writing either, having released two memoirs, entitles “My Life with Deth” and “More Life with Deth”. More recently, he explored the world of fiction, having put out “Rock Star Hitman”, the first in chapter of The Sledge Chronicles series. The book tells the tale of Sledge, a musician who must enlist as a ruthless killer for a clandestine agency in exchange for success. The book is co-written by Drew Fortier, an accomplished guitarist, filmmaker, actor, and filmmaker who collaborated with the American rock band BANG TANGO for the release of the documentary “Attack of Life: The Bang Tango Movie”. 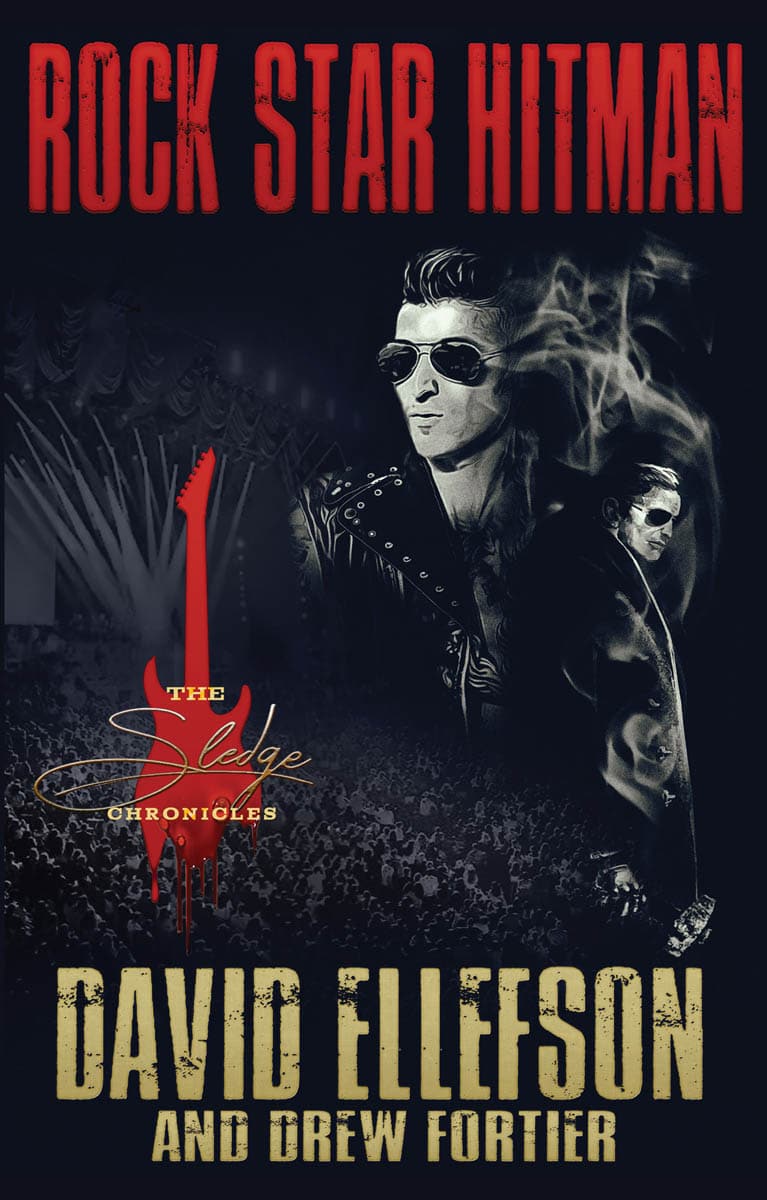 The partnership with Drew proved to be extremely prolific, as the pair joined forces in a band called LUCID. Their most recent adventure comes in the form of a horror movie entitled “Dwellers”, scheduled for release this October. Another offering of the “found footage” genre, it follows a documentary film crew who eventually go missing while uncovering the truths behind the disappearances within a homeless community.

With so many initiatives, it’s no wonder that there’s a lot to talk about. Sonic Perspectives collaborator Rodrigo Altaf sat down with Dave and Drew on an information-packed conversation where they spoke about all the projects they’re involved on, reminisce about their most memorable shows, and much more. Find out their chat on the link below. Find out that and more in the audio below, and remember to subscribe to our podcast in any of the several platforms we publish them in, to listen and be notified about new interviews and contents from the world of music.