Hailing from Gothenburg, Sweden and formed in 1988 as one of the first thrash bands in this area INTOXICATE is returning to the metal music scene with their first ever LP “Cross Contamination”, to be released digitally next October 11th via Downfall Records. The first taste of the album comes in the form of the lyric video for the track “Retention Rumba” which can be seen below.

Long and hard has been the road since they put together their first three demo tapes “Monomania”, “Tango of Nietzsche” and “Into Hibernation” at the beginning of the 90s, demos which gained them some recognition in the worldwide underground-scene until the split-up 1991. Fast forward many years and they were asked to re-unite for a gig at Gothenburg Sound Festival in 2015, a tribute-festival for the bands that created ​“The Gothenburg Sound”, despite their sound cannot be labeled under that term.

With four out of five original members, INTOXICATE hit the stage again in 2015, and haven’t stopped playing ever since. ​They went for a mini-tour in the Netherlands, played some gigs in Gothenburg with Hatesphere, Pagandom, Nightrage and others, but most of the time they have been writing, rehearsing and record their debut LP “Cross Contamination”. 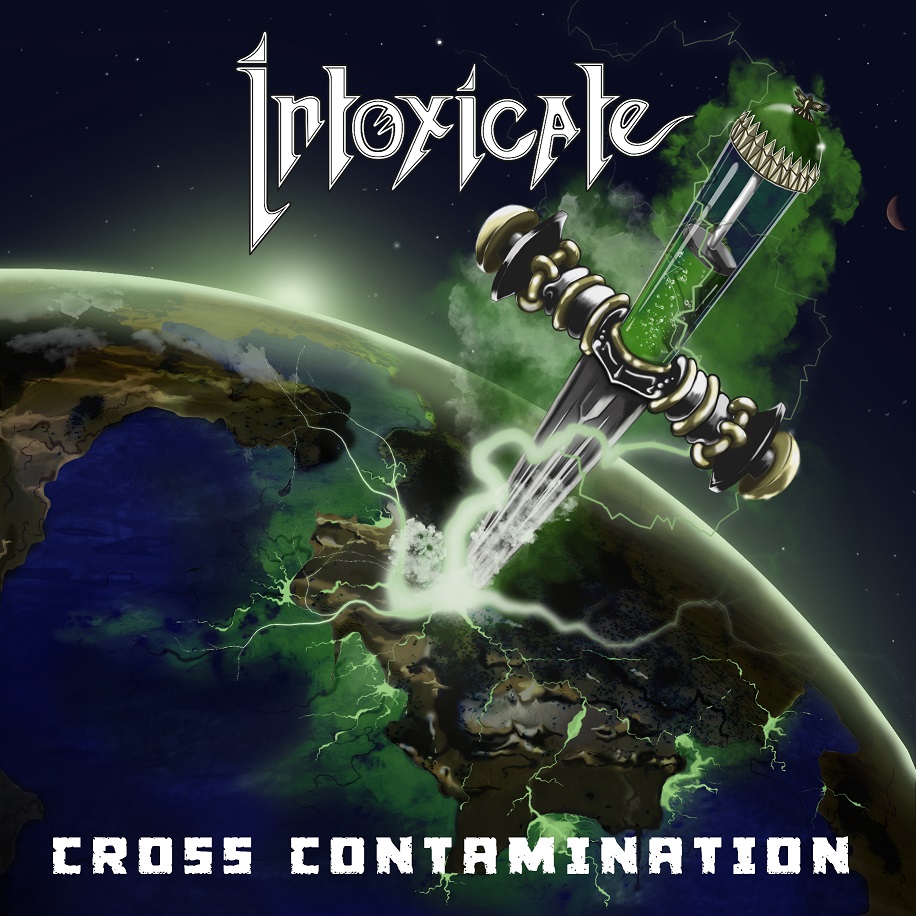 The album contains 8 songs of fast & melodic thrash-metal, and it was mixed by Anders Backelin (ex-Lord Belial) and ​mastered by Andy LaRoque (King Diamond) with the front cover created by Raimo K. and layout by Daniel T.​