And we finally got here, to our choice for the best progressive-rock album of the year. You’ll also find here some other interesting records that we consider worth your time, filed under different categories. Just keep reading! 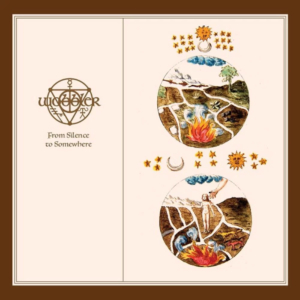 Poignant and edgy guitar riffs, melancholic and harmonious verses, powerful crescendos, energetic spinet driven passages and the odd touch of flamenco and Italian recitals. Four epic songs, clocking in at 47 minutes. Thematically spun around a wondering view on metamorphosis, change and alchemist – a bit of a continuation from the previous album “Rites at Dawn”, but slightly darker and more introspective, this new album from Wobbler has it all.  Just to put things into perspective without driving you into our own opinion: The PROG ARCHIVES is a well-known website that intends to be the most complete and powerful progressive-rock resource in the web. There you can find the progressive rock music discographies from 10,105 bands & artists, 54,546 albums (LP, CD and DVD), 1,469,697 ratings and reviews from 59,303 members who also participate in their active forum. Obviously they have a Top Prog Rock albums page, encompassing all years and genres. As you read this lines, “From Silence to Somewhere” sits at position 15 in the list, and is the only album amongst the first 20 that is newer than 1981. Need we say more? ( You can read our own review of this album here)

COMEBACK ALBUM OF THE YEAR 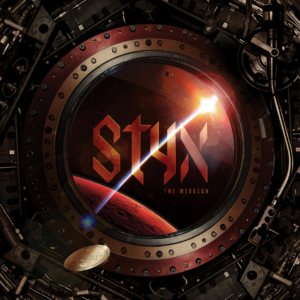 It would be easy to dismiss a 2017 release by legendary rockers Styx as a possible attempt to capitalize on past glory. In truth, several ‘70’s stars have been guilty of such attempts to tap prior success without delivering any significant new substance. The same cannot be said of Styx. “The Mission” is a precise and immensely creative sci-fi concept album, delivered with typical Styx swagger (just enough of a tip of the hat to the days of “Pieces of Eight”) but also with a 21-st century perspective. Vocalist Lawrence Gowan does a superb job of filling Dennis de Young’s shoes (without stepping on his toes), and the rest of the band are equally incendiary. Embracing everything from ‘that’ Styx classical piano sound to some clear Brian May guitar exploits, the album certainly satisfies those who yearn for ‘typical’ Styx, but will also attract a new cohort of fans. Styx are on a mission indeed – talk about a come-back one. (You can read our own review of this album here)

INSTRUMENTAL ALBUMS OF THE YEAR 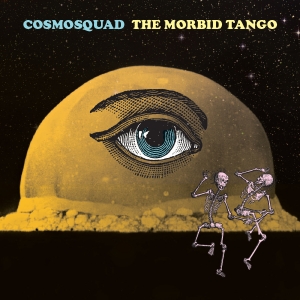 Kind of an oddball as it flirts with fusion, funk, rock and blues as much as it does with progressive-metal at times, “The Morbid Tango”  is a true tempestuous whirlwind of impeccable musicianship, clever and well composed songs, intricate and quirky, without letting go of the tapping foot dimension, with an excellent mix and production to boot. Built upon an harmonious sound, drenched of psychedelic elements, incessant tempo changes and an incredible variety of musical rhythms, Jeff Kollman and company are back, proving that the dreadful 10 year wait was worthwhile one. Cosmosquad are such an amazing and unique band that almost defies categorization, but what you whatever you want to call them, they are awesome. (You can read our own review of this album here) 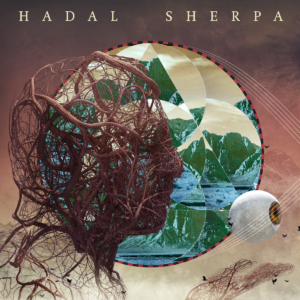 A Finnish promising psychedelic rock unit Hadal Sherpa have finally released their debut eponymous album in 2017 and it’s an stunning debut. Hadal Sherpa’s music touches are various aspects of the overarching progressive rock genre. The music embraces psychedelic, space rock, symphonic rock, and ethnic elements – touching on all styles and seamlessly shifting from one to another as if its one organic whole. When the flute kicks in the music has a beautiful melodic flow to it that reminds a bit of Sweden’s Agusa and Kama Loka. But Hadal Sherpa’s attitude to progressive-rock is not imitating such a tribalism or ethnicity to produce so-called psychedelic progressive / space rock but digesting the melodic method out for training their progressive rock muscles. Really impressive first album with crystal clear production and a wonderful cover art. Highly recommended.

SURPRISE ALBUM OF THE YEAR

This Winter Machine – The Man Who Never Was (Progressive Gears) 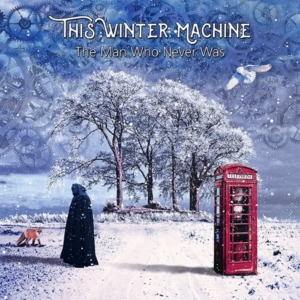 Never heard of This Winter Machine? Don’t feel alone, but get ready for that to change. A relatively new band (formed in 2016 in Yorkshire), their debut album is ambitious and melodic, and promises a bright future, despite some formative line-up changes. While the album could benefit from some compositional editing and arrangement, this is due more the band’s need for exploration rather than rambling or noodling.  The good moments on the album far outweigh the bad, and they augur well for an excellent (and possibly more concise) follow-up. Influenced by everything from Marillion (both eras) to Porcupine Tree via Rush, Opeth and Genesis, with injections from classic rock and classical music and film scores, This Winter Machine wear their influences proudly, but absolutely bring their own sound to the table. Highlight track ‘The Wheel’ is breathtaking in its beauty and ambition. A band to watch closely. 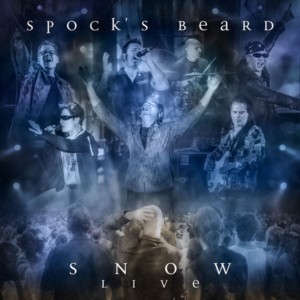 Beloved by so many for so long, the brilliant double concept album “Snow” was always a bitter-sweet release for Spock’s Beard’s passionate and dedicated fans. This was because the album, which was Neal Morse’s ‘parting gift’ before suddenly leaving the band, was never toured or performed live in its entirety.  During the 2016 edition of Neal’s own festival Morsefest,  himself and the Beard re-united for the first of just two live performances of the magnum opus. The product is simply gargantuan in its excellence, both visually and aurally.  The performances themselves are wrought with emotion, due to the importance of the reunion to band and fans alike; and the technical precision of delivery by all the virtuosos involved, from Morse to Ryo Okumoto to Nick D’Virgilio, is astounding. The audio mix, prepared by the legendary Rich Mouser, is beyond compare, and the video presentation is amongst the best you will ever see. A limited edition art-book was also released with the Blu-Ray, and the quality of this work defies further description, suffice it to say that this is one of the most elaborate and professional packages the world of progressive-rock has ever seen. A landmark release in a landmark year for the genre. (You can read our own review of this release here) 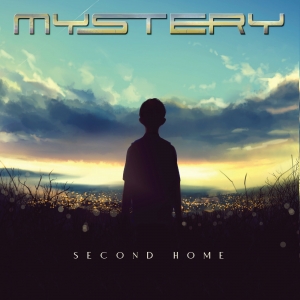 The Cultuurpodium Borderij in Zoetermeer, a legendary venue in The Netherlands, has been the location for many progressive-rock live filming. Canadian proggers Mystery consider the venue their ‘second home’, and thus was their latest live DVD/CD release named. A double disc release, “Second Home” presents Mystery in all their irrepressible live glory, and that is not an easy feat, considering they are a magical live band. There is always something mystical in the air when Mystery perform their special brand of melodic but powerful music live on stage, and this package does an excellent job of capturing that magic. Mystery is not the type of band which will dazzle you with over-the-top technical prowess, but you will appreciate their strong melodies, elegant arrangements and attention to detail. A clear and exquisite production of a superlative band in full flight, one feels that this incarnation of Mystery has more enchantment yet to weave. (You can read our own review of this release here) 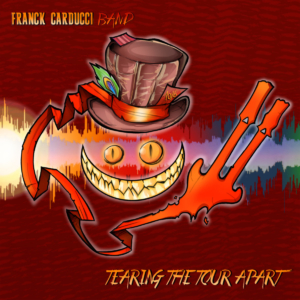 A concert by French multi-instrumentalist Franck Carducci always means more than just pleasant-sounding bliss. It is bound to be a night filled with theatricality, humor, quirkiness, boundless musicality and, to use the name of one of Franck’s own albums, oddity. Every one of your senses will be tested to the full, but at the heart of it all is the intensely entertaining musicianship that this artist is known for. At once bluesy, proggy and melodic, Carducci’s music is always entrancing, and one feels that it is in the live environment that this fact is best exposed. Arthur Brown-like psychedelia is unleashed in many of the deliveries, and Carducci makes this his own domain, with repeatedly stunning performances. The band, every member a virtuoso, keeps up with him admirably, and every song demands attention. 2017 may well be the year in which Franck Carducci finally earned the credit he so richly deserves, we believ it happened during this tour. (You can read an excellent review of this release published by our friends of ProgRadar in this location)

The Pineapple Thief – Where We Stood (KScope) 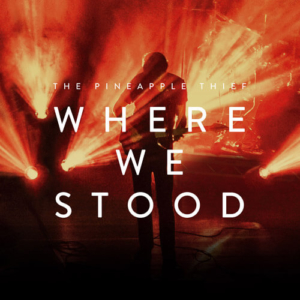 Bruce Soord and his allies, including the mind-blowing Gavin Harrison on drums, toured their “Your Wilderness” album successfully in 2016 and 2017, culminating in a triumphant gig at London’s Islington Assembly Hall. That concert was recorded for posterity, and a fine product it is. Soord’s reputation as a composer and producer is gaining serious traction, and rightfully so. The compositions are indeed highly accomplished, and the performances seem to take the band to a new level of accomplishment (there is little doubt that Harrison’s huge presence also contributes greatly to this.) But it can also be said that the production of this live album outdoes even any Pineapple Thief studio album, including the one being performed. This is undoubtedly one of the best-produced live albums you will ever hear. 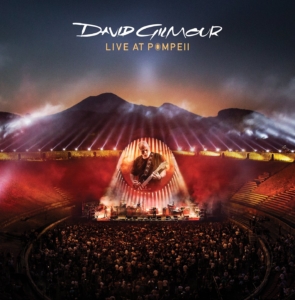 What annual “Best Of’ list would be complete if it ignored a David Gilmour release that took place in that year? But honestly, this album would have made this list even if David Gilmour were an unknown quantity. Yes, it is that good. The concert (promoting Gilmour’s latest studio album “Rattle That Lock”) was recorded and screened world-wide in cinema theaters on 13 September 2017, a fortnight prior to the CD release. The resulting product is as historic as the Pompeii Amphitheatre where it was recorded, marking also a return for Gilmour himself, who last played this venue (if one can call such majestic surroundings a venue) in 1971, during his days with Pink Floyd. No audience was permitted then, and instead the show was filmed and released as a documentary, Pink Floyd: Live at Pompeii, the following year. Peppered with solo material and all the right Pink Floyd songs, all the knowing Floyd-related symbols, signals, orbs and giant mirrors appear, and – spoiler alert – you might want to prepare yourself for some revolving suns and moons and a phenomenal pulsating grid of green and red lasers. There’s mythology and magic flowing in the air as the old master delivers with his unique uncompromising touch, as dazzling as ever. Simply immense.

And this is it folks! We are truly grateful if you read all the way to here. And if you are up for more, remember the progressive-metal counterpart for this article can be found at A Year In Review: The Best Progressive-Metal Albums of 2017.