First time I heard about Tommy Emmanuel was some years ago, during a Steve Vai tour, when Steve was virtually joined by Tommy from an immense video screen acting as the stage backdrop. In the video recording Emmanuel congratulated Steve for the anniversary of his iconic album “Passion and Warfare” and they both played and traded licks in an acoustic vs. electric guitar duel rendition of “Sisters”. At that moment Steve told the crowd: “Tommy Emmanuel is one of the most inspired acoustic guitar players I have ever seen”. Coming from a man of the stature of Vai, that certainly was not small praise. Originally from Australia and now situated in Nashville, Emmanuel received his first guitar at the age of 4, and that’s when the Australian native began his journey to becoming one of the world’s most respected and talented guitar players to date. Throughout the making of his legacy, the Aussie has acquired several accolades: a number of awards and honors from Guitar Player Magazine, a membership in the Order of Australia from the Queen, two Grammy nominations, two ARIA Awards and a performance at the closing ceremony of the 2000 Summer Olympics in Sydney Australia, amongst others.

I’ve seen countless of mesmerizing guitar pyrotechnics in the last few years, including a jaw-dropping performance by Al DiMeola , which is arguably considered a guitar-God and one of the most innovative guitar players to ever strum a guitar, so you might be thinking “this is just another review of a different guitarist of thousands out-there”. I wouldn’t blame such logical reasoning if you have never seen Emmanuel playing, but I encourage you to keep reading. 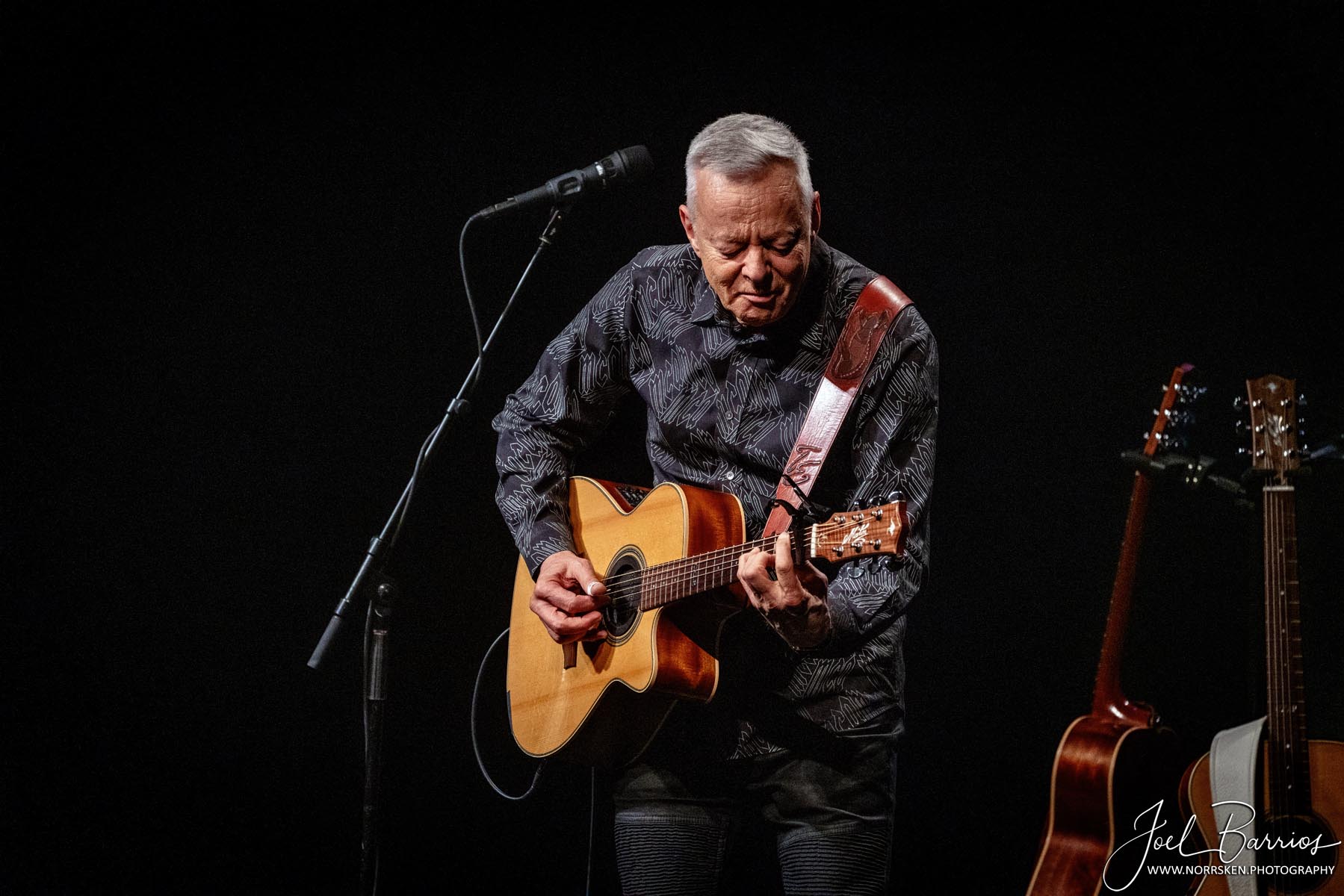 Describing Tommy’s performance is a daunting task. This man knows how to coax the most expressive melodies, rhythms and counterpoints out of his guitar. Emmanuel produces an array of sounds from his guitar that are not commonly experienced. He directs an orchestra of sounds: one man exploring the bounds of what a single instrument can do. Successfully blending genres such as jazz, blues, classical, latin rock, country and a hint of folk, he put forth a sound of his own. And he is also an unbelievably delightful, upbeat performer with a great sense of humor when interacting with the audience; he and beams with pure pleasure while playing.

With a playing ranging from sweet and touching to absolutely ferocious Emmanuel’s insane finger-picking captivated the crowd. Utilizing every inch of his instrument, Emmanuel could create a melody, rhythm and heavy bass simultaneously — a class-act showing of masterful modern guitar playing. He broke into drum solos on the body of the guitar mid song. He sprinkled fills with a flurry of harmonics. His technique was unmatched and the inventiveness incomparable. With six strings, ten fingers and a whole lot of tricks, he enthralled the audience with his otherworldly playing and naturally entertaining persona, offering us quite possibly the finest demonstration of acoustic guitar playing we have ever seen. 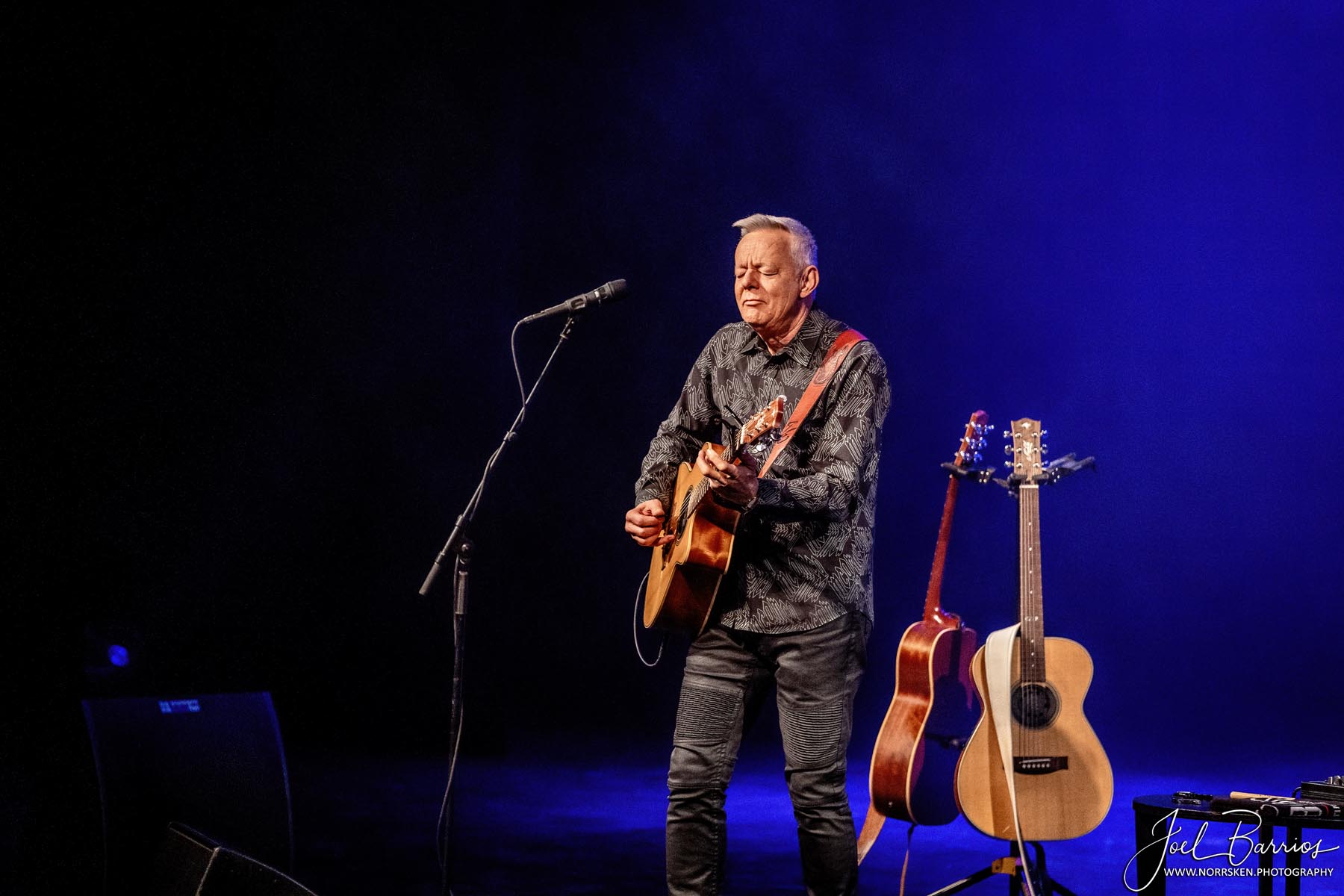 Emmanuel needs to be seen maybe more than heard. His guitar playing is a lot like his laughter, both of which come easy. His relationship with his instrument of choice results in a sound akin to a conversation between old friends. Every cell, every molecule in his body was born and designed to play guitar. Once Eric Clapton stated he is “the world’s best guitarist”. Such a bold statement might not be far from the truth. The reality is nothing prepared me for the spectacle of Tommy Emmanuel live. A lovely evening enjoying a top-notch performance from an extremely talented and special musician: a true honor to experience.