On February 9th, 2020, The Used played to almost 1000 people at the sold out The Paradise Rock Club in Boston, MA with supporting act Dragged Under. I have to say, this was a bucket list band for me to cross off my photography list, and it was unbelievable good. The energy of the room was nonstop electric and probably not a single human being present left the venue disappointed.

Dragged Under, an alternative band from Seattle, WA, opened with “Here for War” and drew the awaiting audiences’ attention right to the stage as they performed. It was their first time playing in Boston and they had a great time counting on us being huge sports fans which the crowd absolutely loved and ate up. “I feel like Tom Brady right now!” Anthony Cappocchi screamed at the crowd. Dragged Under just dropped a new album at the beginning of the year named “The World Is In Your Way” and the material garnered a tremendously positive  response during their “No Days Off” Tour. This is a band that hits the stage and thoroughly enjoys being there. Be sure to check them out! 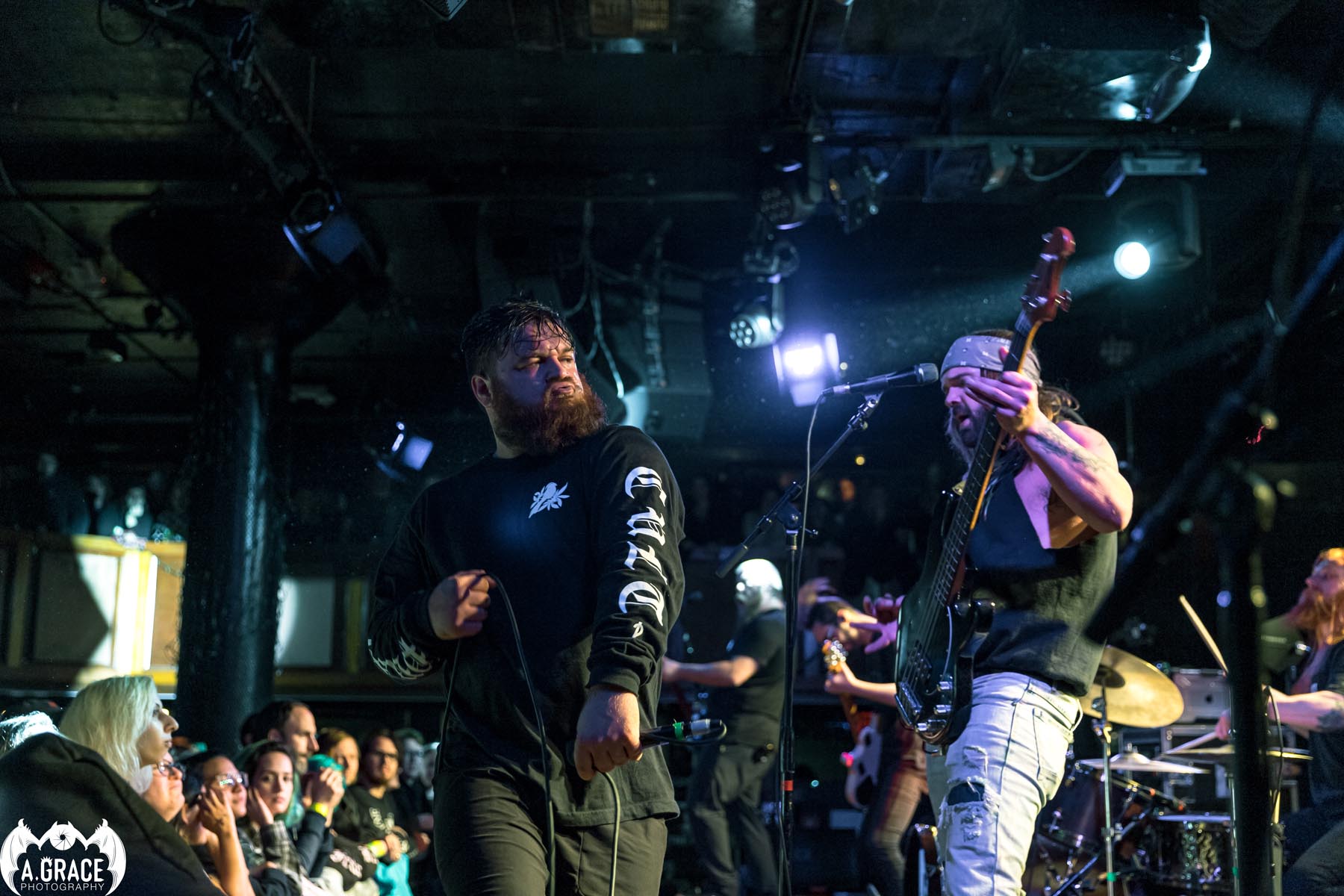 The Used, a colossal alternative/pop-punk/post hardcore band from Orem, Utah are celebrating their 20th year together on “The Used” tour that has crossed the US starting on the West Coast to finish up on the East Coast and going to the UK and Europe after a two month break.

With the impending release of their 9th studio album, “Heartwork” on April 24th, The Used returned to Boston to give us what we came for: unparalleled intense energy. The small, well known venue built in 1977, packed wall to wall and floor to balcony, was a live sea of hands and bodies. This being one of Boston’s smaller venues, the show was definitely intimate for not only us fans, but for the band as well. Not one single person stood still, banging their heads, or throwing their hands up in the air. 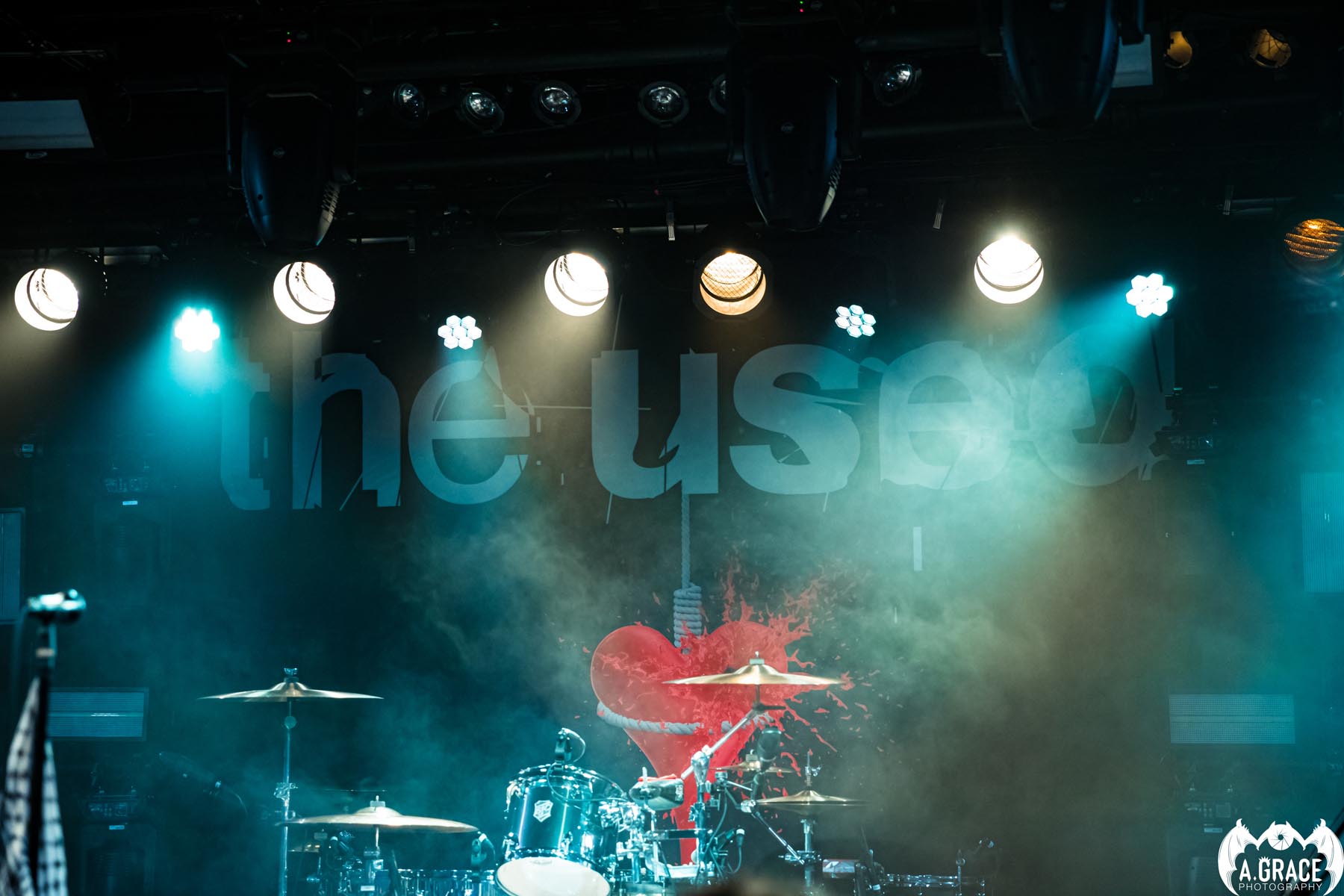 Opening with “I’m a Fake”, every throat roared at decimals from there on. It was chilling in the best possible way. The Used certainly look extremely electrified to be back doing what they love to do, and to be sharing it with their fans. “Truthfully I have never been so excited about ‘The Used’ than I am right now.” Bert McCracken, vocalist, said. “I can’t wait for you to hear the new record. OMG.”

“2020 is the year to make dreams come true let me tell you how to do that, look in the mirror and you say I feel like I’m good enough.” As a fan of The Used since I was 14 years old, the lyrical content and Bert’s words throughout the night meant so much to me. And there’s no doubt in my mind that hundreds of those present that night felt the same way.

The song selection contained tracks from spanning from their very first album, “The Used” such as “Buried Myself Alive” and “A Box Full of Sharp Objects” to the latest album “Heartwork,” (like “Paradise Lost” for instance) with the crowd welcoming the latter with a raging energy even not knowing all the lyrics yet. They continued on with a solid mix of fan favorites such as “I Caught Fire”, “All That I’ve Got” and “Empty with You!”… “I don’t want to leave I’ve had so much fun Boston.” Bert smiled into the mic. 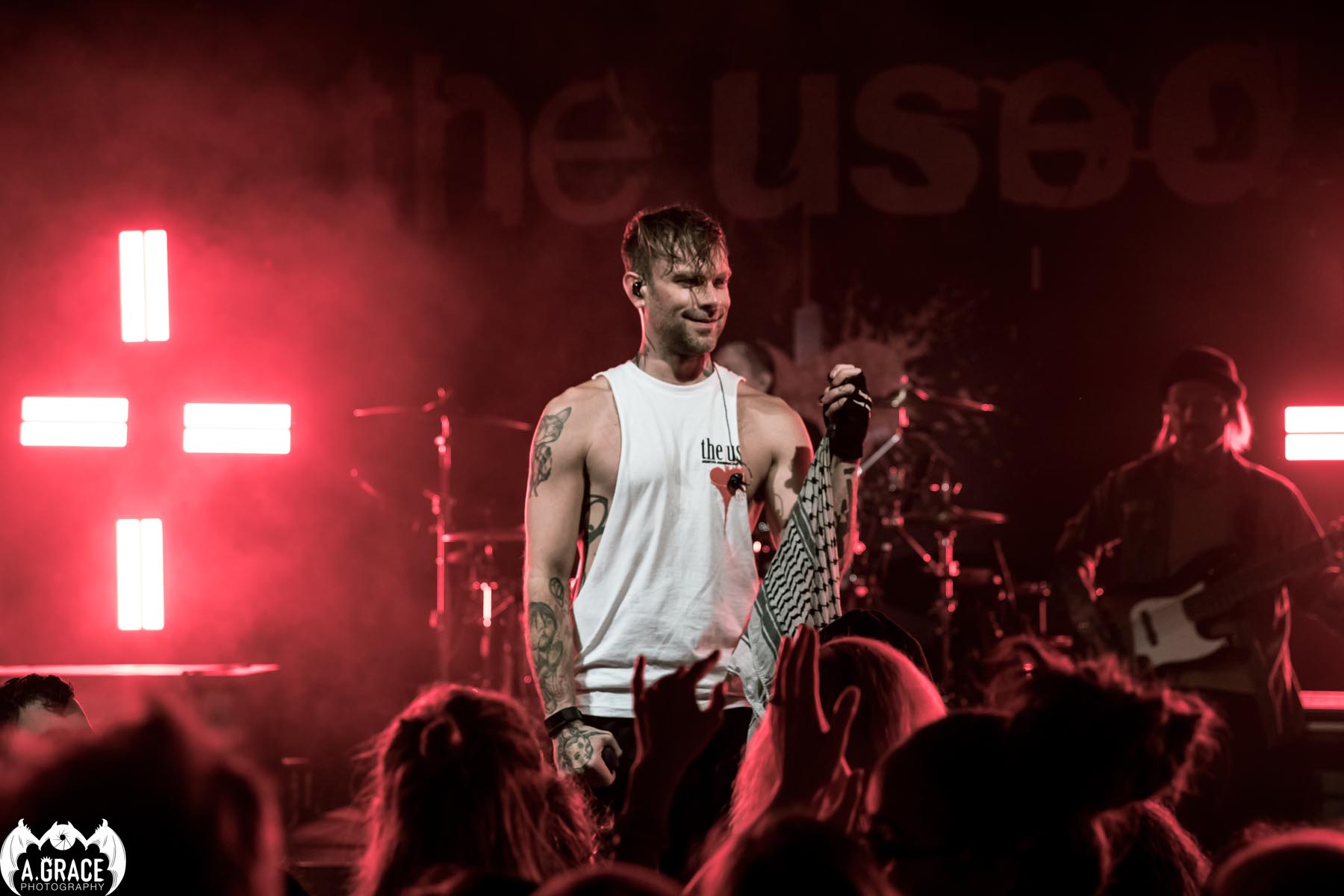 From the beautiful vocals of Bert – that sounded spot on all night -, to the banging drums of Dan Whitesides, the slapping bass sound of Jeph Howard, and the ripping guitars of Joey Bradford, the night felt like a religious experience, a 10 out of 10 performance. The Used definitely is a band firing on all cylinders. Be sure to check out “Heartwork” when it drops this April 24th!  Stay tuned for more US tour announcements this year that they have dropped a few hints about, and really try to make a show near you, you won’t be disappointed.