The Cadillac Three – Jaren Johnston, Kelby Ray and Neil Mason – came back to NYC’s Irving Plaza on Saturday night nearly two years to the day after their last performance here on the Black Roses tour, and things were very different this time around. Last time – my first time seeing them – I had the VIP treatment and hung out upstairs after my three songs in the pit, surrounded by industry people and friends of the band who had to be on their best behavior. I also got a massive migraine that forced me to the exit much earlier than I had intended, causing me to miss most of the show and not really enjoy the parts I did see. This time, there was no VIP treatment and also no migraine, so I not only got to see The Cadillac Three in their entirety but also got to do so downstairs with the commoners who were free to go wild and take in the full Cadillac Three experience.

Last time, it was Aubrie Sellers opening for the boys. This time it was Ray Fulcher, who I skipped because I simply didn’t have the desire to stand in line in the cold rain waiting to get inside for the open. This time, the band had a scheduled set of 10:15 thru 11:30 as per the venue’s official set times. They came on about 5 minutes late which, in theory, should have pushed the end of the show to 11:35ish. Somehow, The Cadillac Three not only managed to play a whopping 30 minutes longer than the scheduled end of the show, but also blew past curfew and took a show that started on Saturday night into Sunday morning as the night wrapped up a few minutes past midnight. 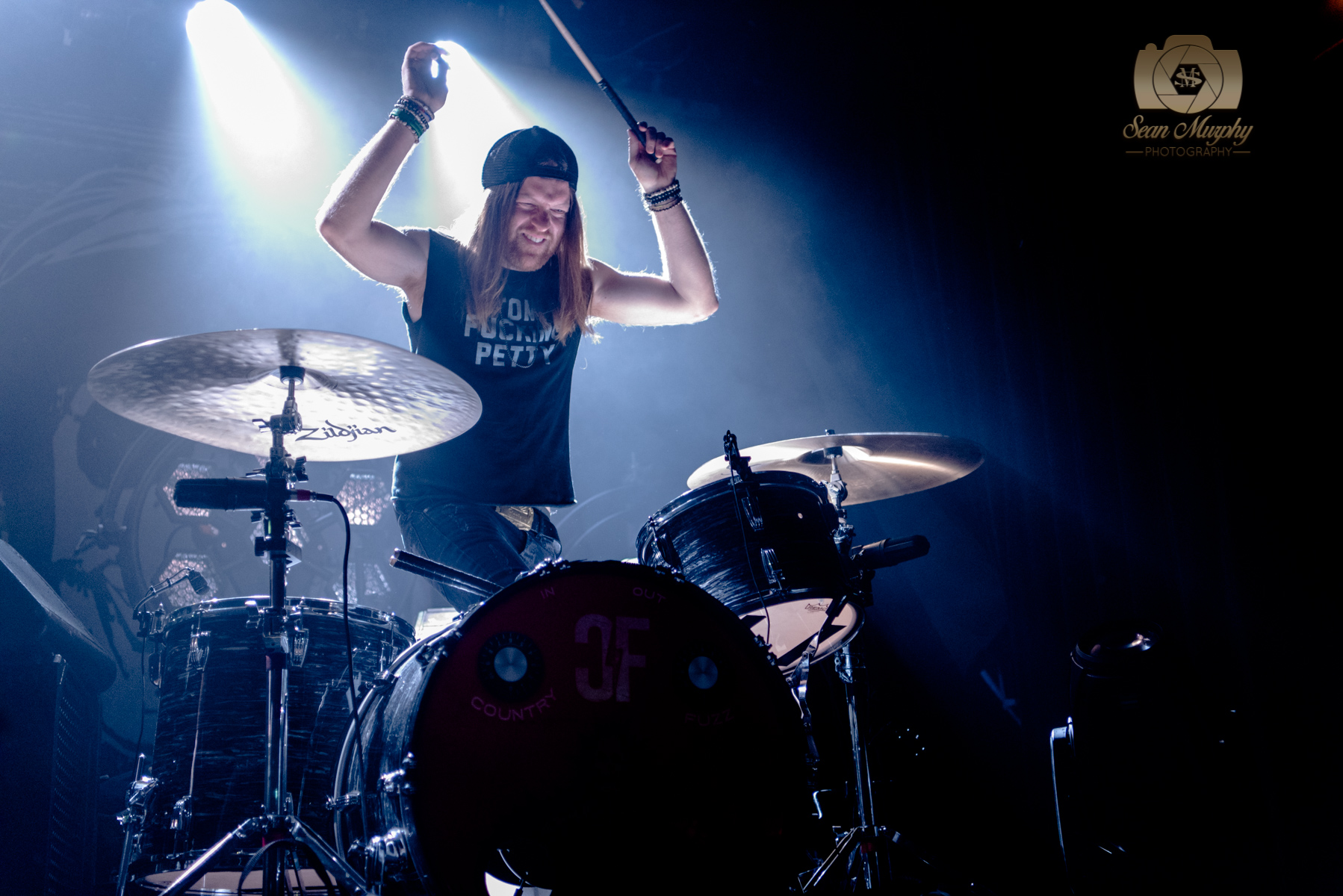 Neil Mason in full force on stage with The Cadillac Three

The nearly two-hour performance by Nashville’s most badass rockers brought the south to the big bad city and ran through hits including “American Slang”, “White Lightning”, “I’m Southern”, “The South” (to close the show, as they always do) and my personal favorite, “Bury Me in My Boots”. After finally experiencing a complete Cadillac Three show, and after stompin’ my boots with about a thousand strong into the wee hours of Sunday morning, I can say they’re probably the best southern rock band on the planet right now and will only get better from here.

Go and catch them playing live instead of staying home during a cold winter night. Wear your boots, and don’t forget the whiskey.