Last year I saw the announcement for the North American dates of Slayer’s Farewell World Tour and thought “… this is the last time I’m going to see this legendary band…” so I decided to drive 4 hours to Orlando, FL and needless to say that night was brutally awesome. Then around December, Slayer announced the a whole new North American leg that included a spot closer to home, West Palm Beach, FL with another incredible set of bands which can easily be headliners of their own world tour. This time they were accompanied by Floridian Death Metal kings Cannibal Corpse, Swedish Viking conquerors Amon Amarth and once again bone crushing American warriors Lamb of God. With tickets in hand, we drove to the Coral Sky Amphitheater and as soon as we arrived we could smell excitement in the atmosphere. The parking lot started to get filled with fans blasting Slayer tunes and drinking a couple of beers to fight the Florida heat.

The first band to take the stage was Cannibal Corpse with their distinctive death metal sound. They opened with “Evisceration Plague” and transition to the title track of their latest album “Red Before Black”. Their set was only 5 songs but that was enough to heat up the crowd and ignite the mosh pit. Especially, with their grand closer “Hammer Smashed Face” which as always delivers a sense of euphoria among the audience. I have seen this many times before but it just doesn’t get old. 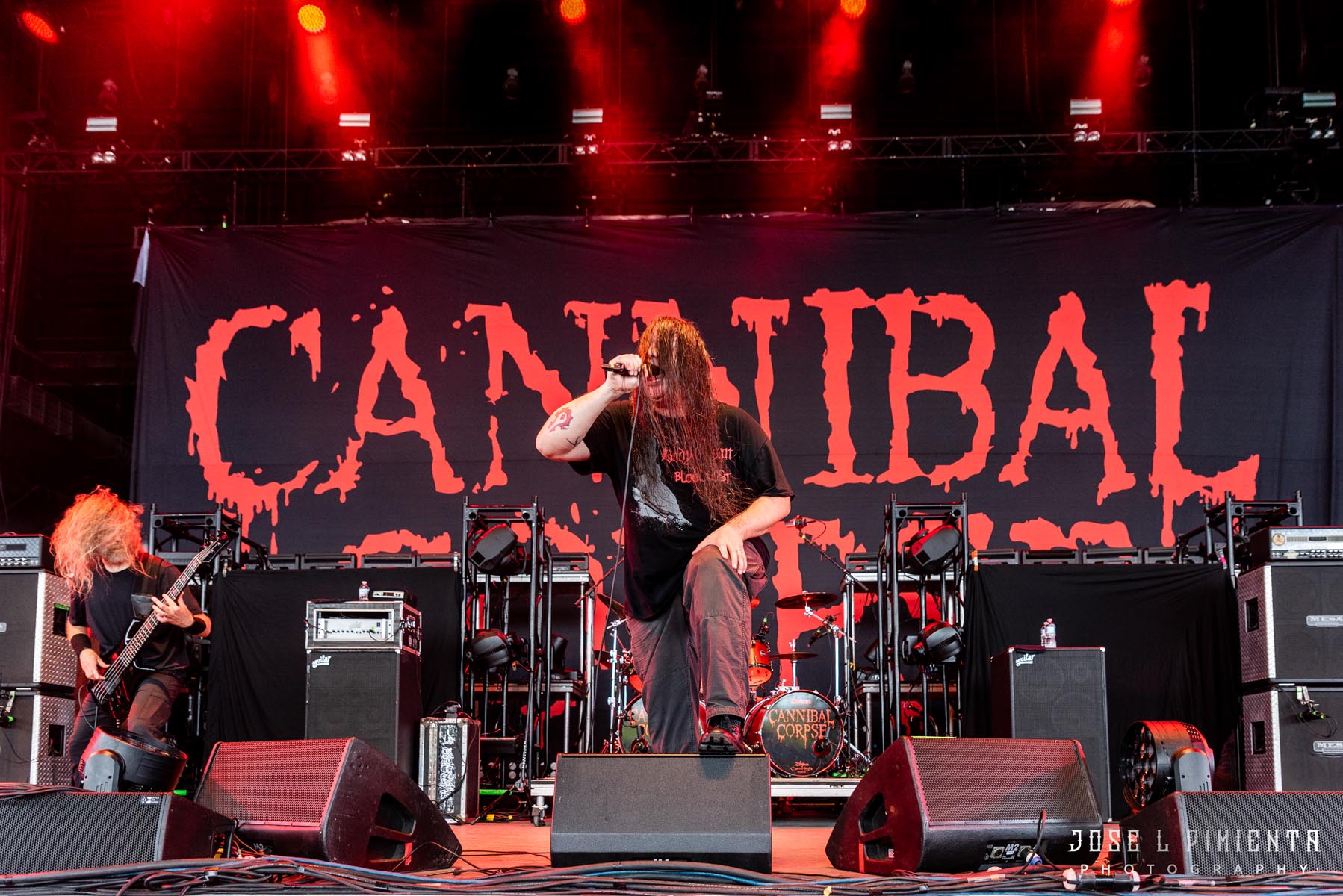 During a short 20 minutes break, the stage was transformed into an epic battle scene with a Viking warship in the center. I was particularly thrilled to see Amon Amarth since I have been listening to their music since my high school days but I have never had the privilege to witness them play live so this was finally my chance. Their show started fast and strong with their already classic “The Pursuit of Vikings” which instantly got everyone headbanging and the chanting along. They blasted through the set with such a contagious energy and visible enthusiasm. Vocalist Johan Hegg definitely knows how to control a crowd and make them part of the show. They performed a few tracks from their 11th full-length record Berserker which came out just a few weeks ago via Metal Blade Records. This album continues to carry the unmistakable sound without compromising creativity. Tracks like “Crack the Sky”, “Raven’s Flight” and “Shield Wall” brought taste of their new melodic-death-folk masterpiece and the crowd answered back cheering and raising a multitude of horns in the air. Their set concluded with “Guardians of Asgaard” pounding our heads with Thor’s hammer. I couldn’t be happier, their show was a massive thrill. 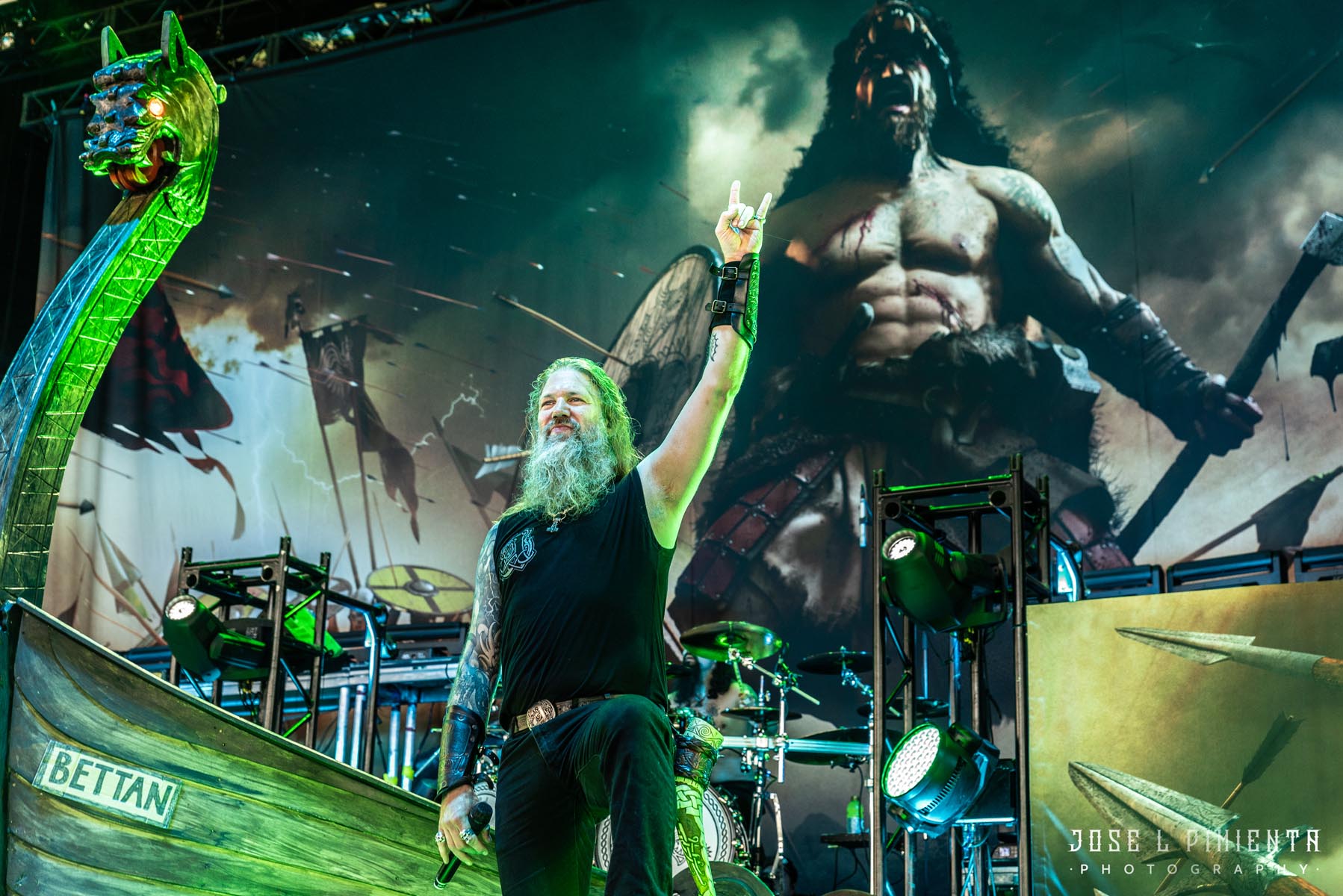 As the sun was setting over the horizon and the darkness started to extend their hands over West Palm Beach, Lamb of God seized the Coral Sky Amphitheater, taken it by storm. This band stands the test of time with impressive levels of dynamism, driving the crowd to get nuts with every track. Randy Blythe’s vocals and charisma injected everyone with an adrenaline rush that caused several walls of death. Their set began with an intro and going straight into one of the tracks that put them on the musical map, “Ruin” followed by a mixture of timeless hits like “Now You’ve Got Something to Die For”, “Laid to Rest” and closing with the massively popular and moshpit inducing “Redneck”. As inhuman as ever and packing a colossal punch of relentless vocals, crunching guitars riffs and a vicious rhythm section, these guys are one of the best metal acts out there and I hope they continue their meteoric rise for three or more decades. 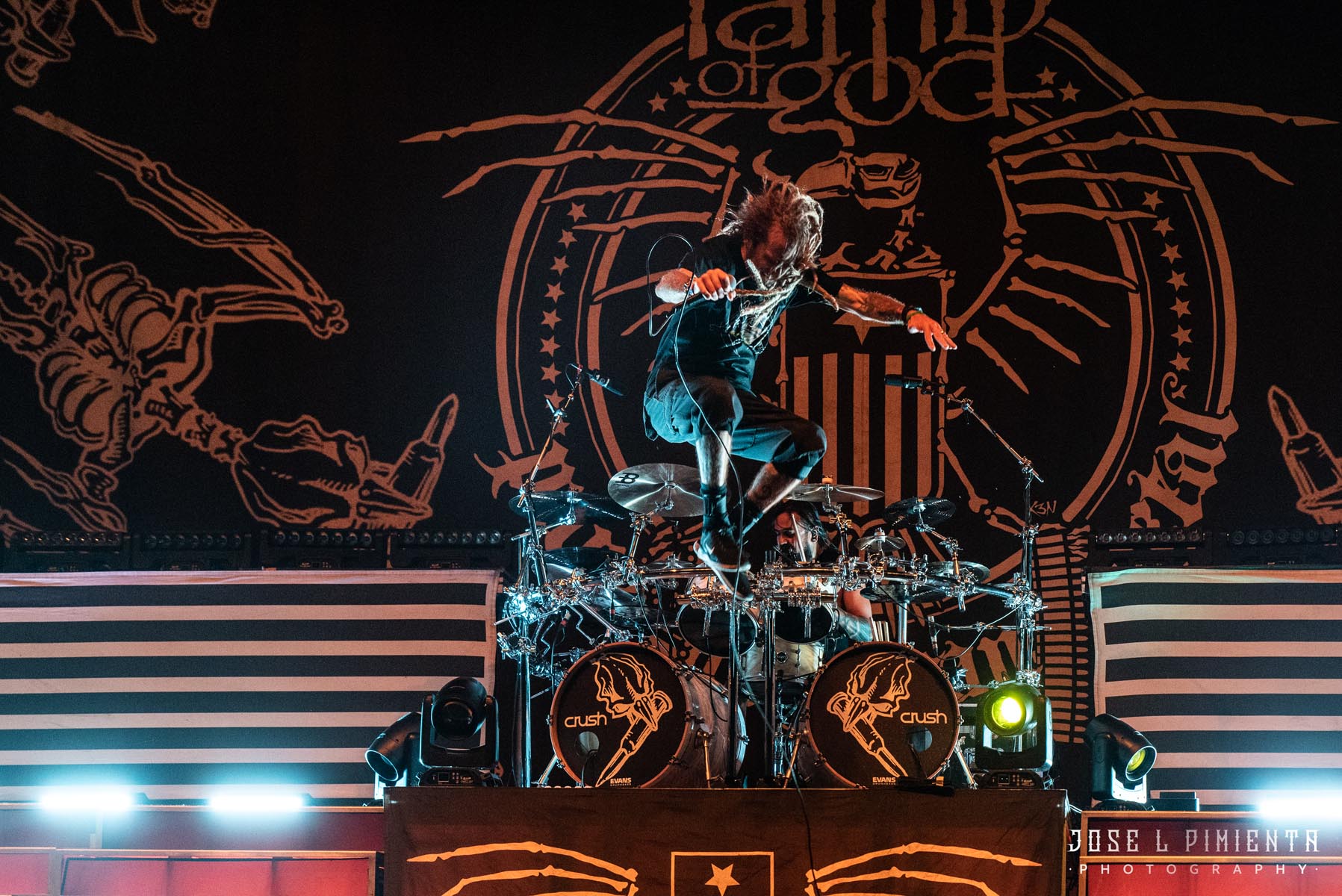 Finally, the time came to see the thrash metal titans Slayer one last time. The anticipation rose exponentially as the venue was immersed in pit-black darkness and the fan screams of “SLAYERRR!!!!” resounded in the airwaves. A black curtain was covering the gigantic stage and a projection of 3 rotating inverted crosses illuminated it, followed by their pentagram logo as the intro “Delusions of Saviour” played in the PA. Once the intro ended, the curtain dropped and the band came out blazing and opening with “Repentless” amidst seas of red lights and fire. The stage backdrop was glowing with a cover collage from their archetypal albums Show No Mercy, South of Heaven, Hell Awaits and Repentless. This tour is a celebration of their legacy, a thank you to the fans for their support and a good bye, all in one hell of a package, and they are pouring their hearts and souls on stage every night. The pyro and stage production is phenomenal, with special moment during “God Hates Us All” when the fire painted a huge upside down cross every time Tom Araya screamed the chorus, and a side-to-side wall of fire lit the stage during “Hell Awaits”. Track after track the Slayer family head-banged and screamed at the top of their lungs, while I stood there, stunned by the precision and perfection of such ruthless music delivered in such a faultless fashion. It was truly a remarkable sight, one that will live in my memories for ever. They closed the 36-year career celebration with four of their revered chefs-d’oeuvre: “Raining Blood”, “Black Magic” “Dead Skin Mask” and of course the iconic “Angel of Death”. It does not get more metal than that. 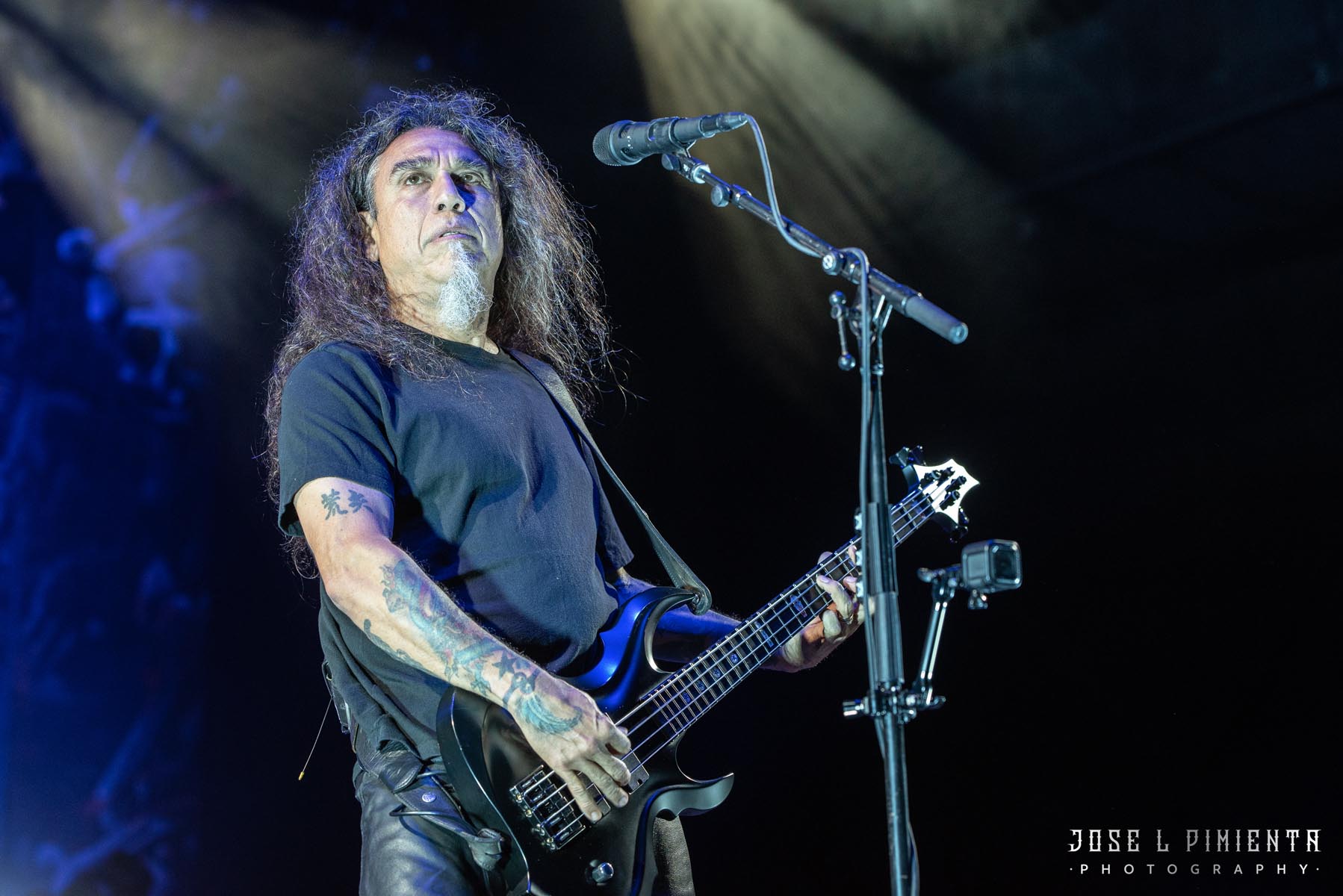 At the end of the set, the band remained on stage to say goodbye, and we were able to see emotion on Tom Araya’s face as the crowd shouted and bashed the back of their seats, in an overwhelming display of gratitude for all the unforgettable memories and all the dark times Slayer’s music helped them to go through over the years. If metal runs in your blood, don’t be that guy. Crawl out and go and catch Slayer playing their last ever shows, or you’ll be forever banned from entering the gates of the metal realm. And while you are at that, don’t forget to let yourself go and scream SLAYERRR!!!!!