Every presentation of South Florida rockers Nonpoint at Fort Lauderdale becomes a broadly anticipated homecoming event, and their show at the legendary Revolution Live club in downtown Ft. Lauderdale on September 26, 2019 was no exception.

A frenetic fury of all out rock n’ roll from start to finish, the band treated fans to a set that included tracks spanning their entire career. Charismatic front-man Elias Soriano wasted no time raising the intensity level at the venue by firing up an already overly-excited crowd with the opening salvo of “Miracle”, delivering lyrics powerfully touching off on social and political issues we are all living in. The all-guns-blazing spectacle was a mashup of powerful vocals, continuous hair whips and jumps by Soriano, ferocious beats and reverberating drum strokes by founding member Robb Rivera, and razor-sharp edge and engaging interactions between bassist Adam Woloszyn and guitarists Rasheed Thomas and Ahrue Luster. 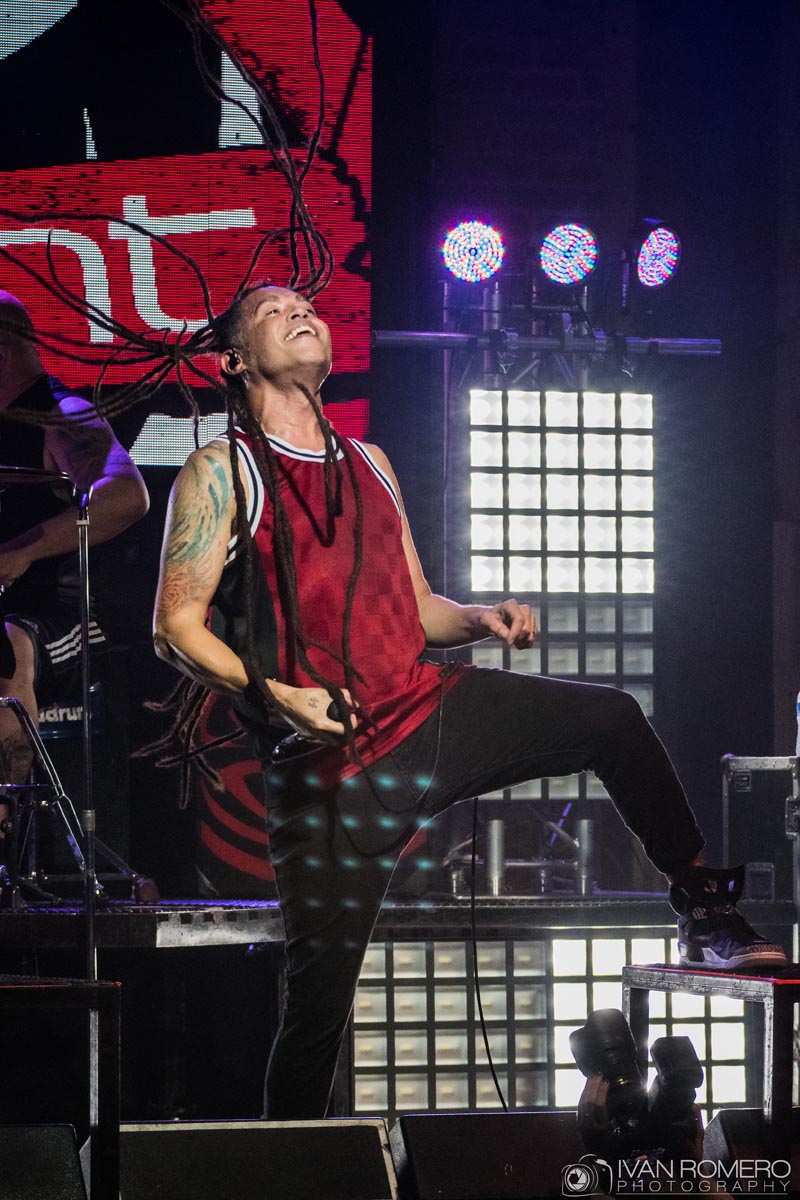 The band’s performance was immaculate, and provided figuratively speaking, chaos and earthquakes in itself, with a well-balanced frenzy-inducing set-list including anthems like “Your Signs”, “The Truth”, “Alive and Kicking” and the closer “Bullet with a Name”. A nonstop burst of energy, the night served to further cement Nonpoint as one of the most intense metal bands to ever play live, and arguably Fort Lauderdale’s biggest musical export. These guys are the real deal, and your metalhead live ain’t complete if you haven’t been blessed by seeing one of their shows.

Miracle / Endure / Breaking Skin / That Day / Dodge Your Destiny / Your Signs / The Truth / Lights, Camera, Action / I Said It / El Diablo / What a Day / Rabia / Orgullo / Chaos and Earthquakes / Fix This / Alive and Kicking / Bullet with a Name