Undisputed lords of leather-stud metal, Judas Priest show no signs of slowing down after 4 plus decades of recording, touring and tearing up metal anthems in front of packed audiences. Kicking off their 2019 Firepower North American Tour at the always welcoming and state-of-the-art sounding Hard Rock Live Event Center at the Seminole Hard Rock Hotel and Casino in Hollywood, Florida, the five men hit the stage in full force; fueled by the energy of a clamoring  sea of denim and leather, those who have loved Priest from the very beginning. Firepower is actually their highest charting record to date, a staggering accomplishment if you take into account their 18 albums shredding catalog. 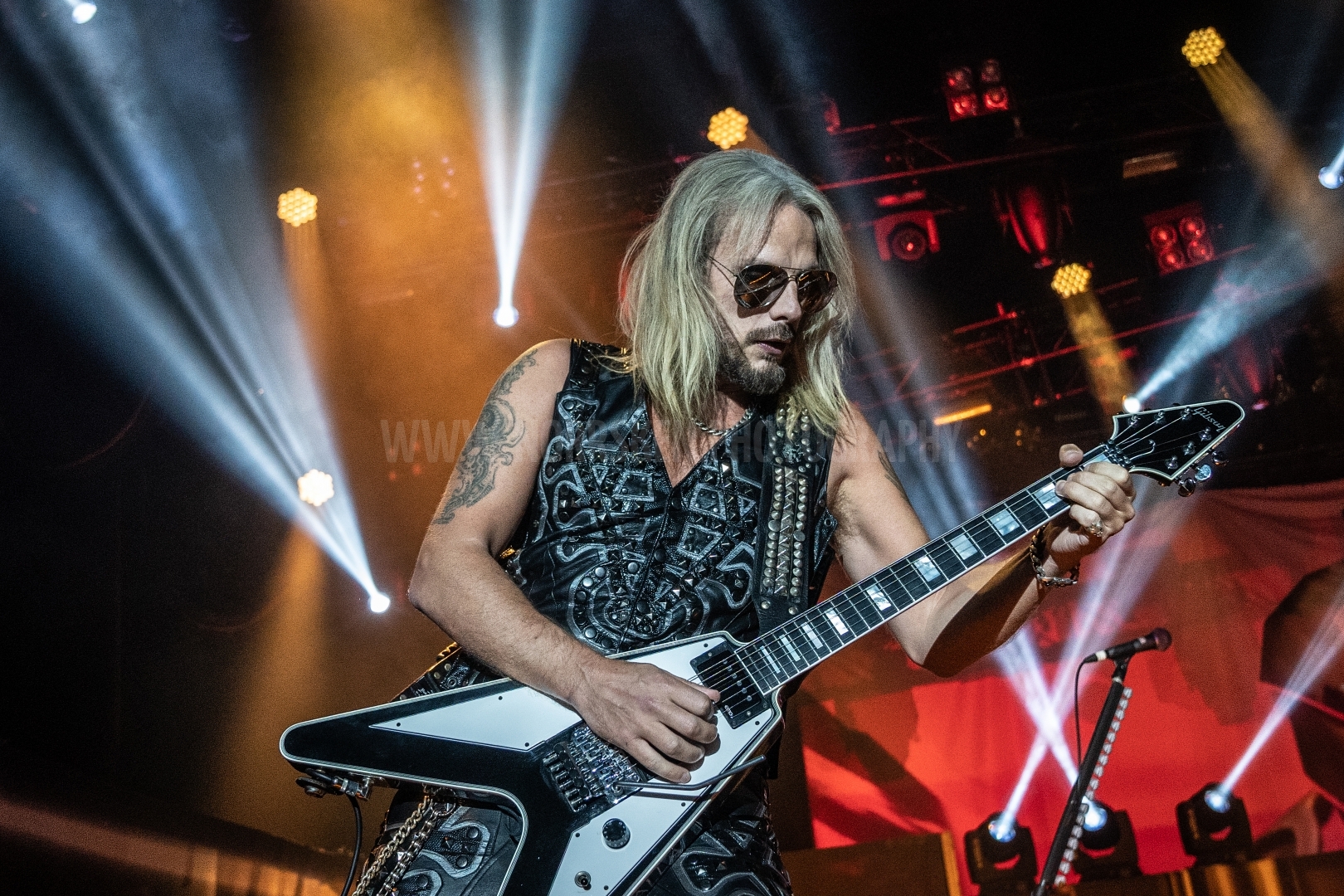 As they have announced in interviews prior to the starting the tour, the band have crafted a setlist interweaving classics, recent tracks, songs taken out of their live set for decades and even rarities never before performed live. The night’s first surprise came right after the notes of the Black Sabbath’s classic “War Pigs” played over the venue’s PA faded out, with Halford appearing on stage downing a glittery purple cape and swinging around a stick crowned by a skull while singing the live debut of “Necromancer”. Despite the years his signature and immortal screech still packs a punch, and he delivered the goods throughout the complete performance, frequently sliding from sight behind the black curtains to come back with a different attire. 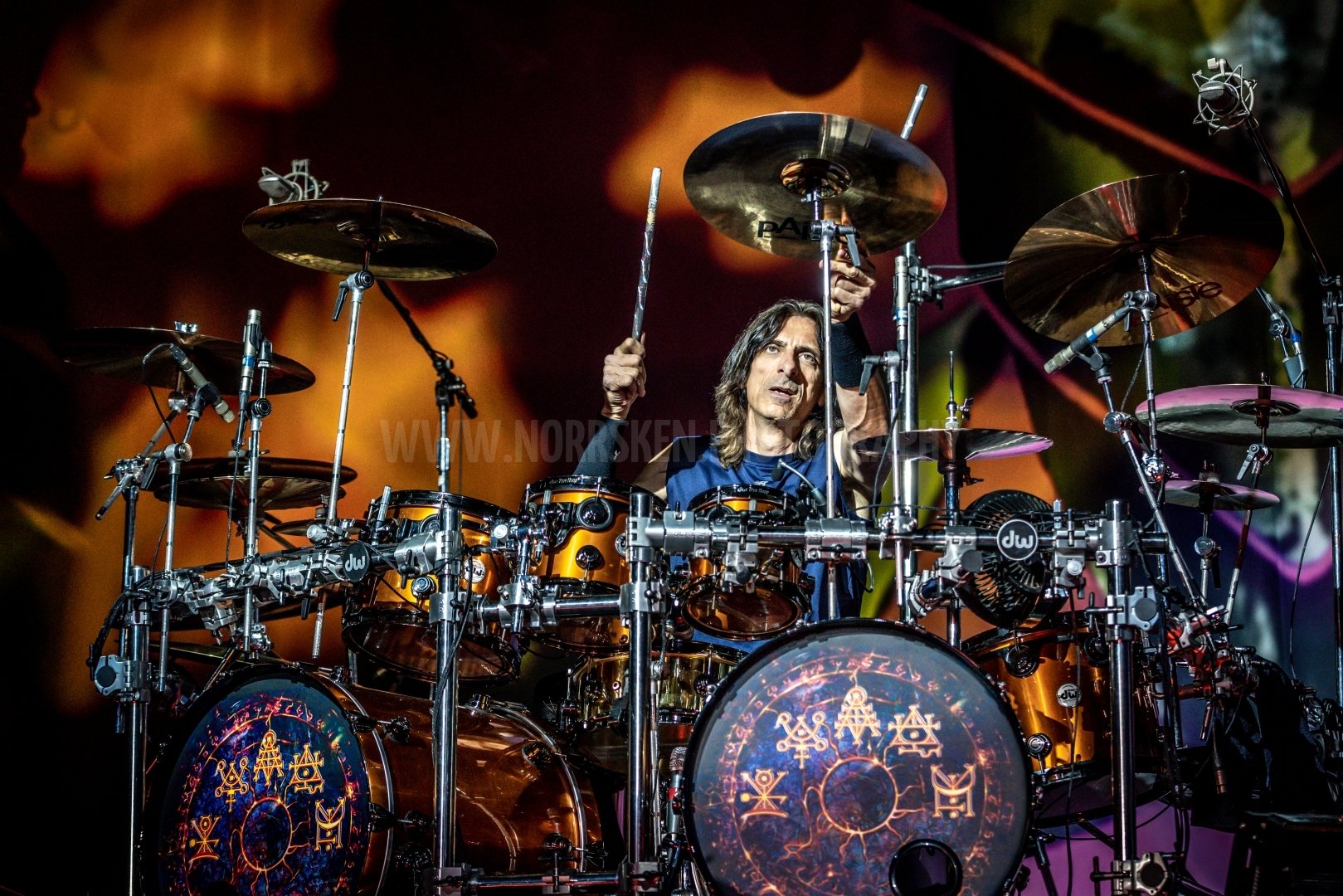 His bandmates, led by guitarist Richie Faulkner who engaged with the crowd since the get-go, blasted effortlessly through the night, in a no holds-barred fashion. Faulkner and famed-produced turned into band’s standing guitarist Andy Sneap traded guitar licks back and forth in classic Priest’s trademark duel style; while founding member Ian Hill (actually the man responsible for bringing Halford into the band in 1973  as he was dating Rob’s sister at the time) headbanged like there was no tomorrow, letting his fingers run free over the four strings without moving from his defined position on stage. Drummer Scott Ian hard-heartedly and rhythmically pulverized the skins with a grin painted on his face; making it look like the easiest job on Earth.

The live debuts of gems like “Spectre” and “(Take These) Chains” were met with warm cheering ovations, whereas staples like “Killing Machine” and the ever heart-pumping “Victim of Changes” raised the fans’ frenzy to higher levels, preparing the multitudes for Halford trademark entrance riding his custom Harley-Davidson – and adorned in a studded jacket and biker cap – as the prelude for “Hell Bent For Leather”. Classic Priest never gets old. 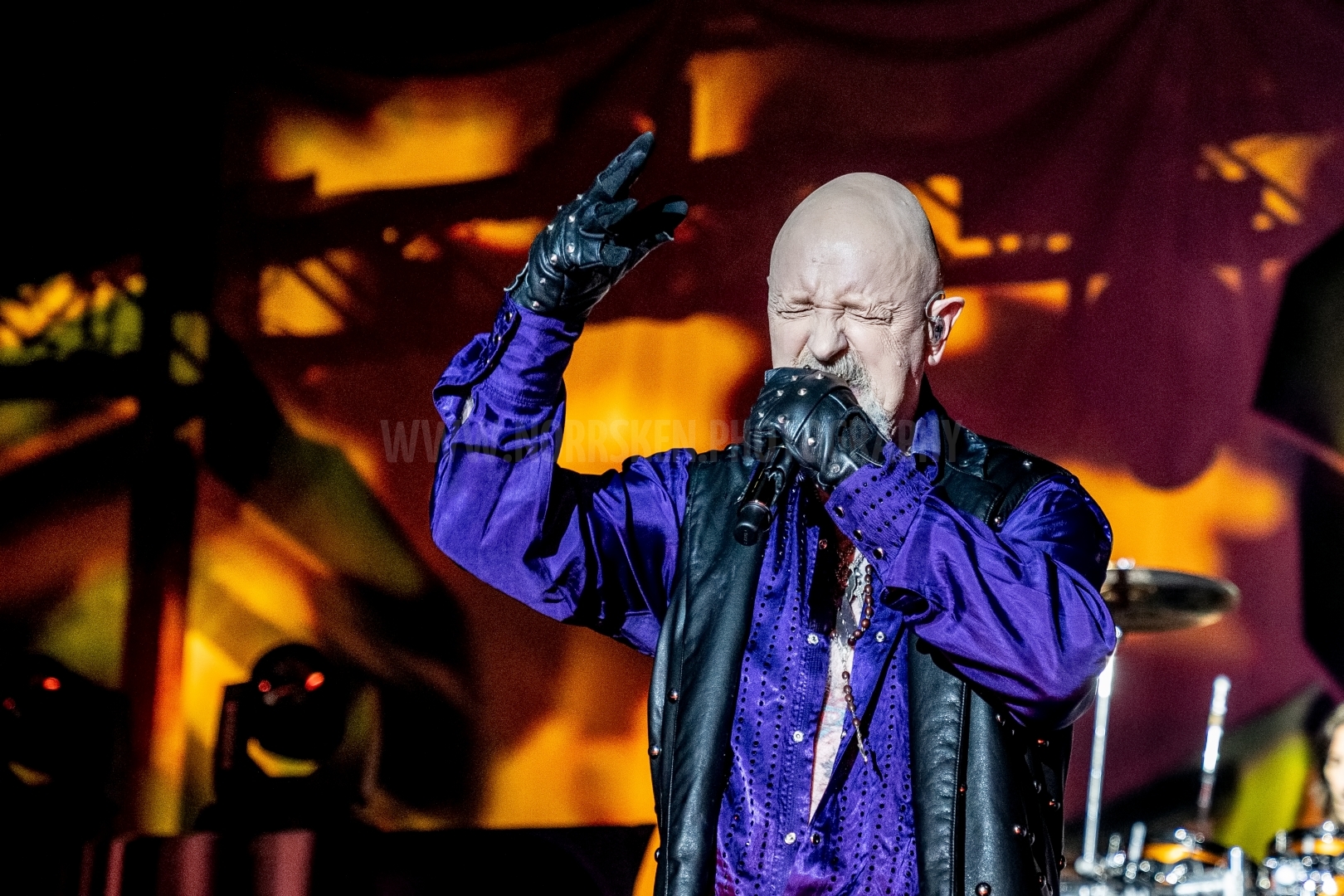 However, the most emotional and fan-acclaimed part of the night was yet to happen: legendary guitarist Glenn Tipton joined his brothers on stage for the last two songs of the night, and it was certainly a treat to see him performing “Breaking the Law”, and even throwing a short guitar solo during “Living After Midnight”, proving that neither time nor a dreadful sickness can keep one of the forefathers of metal from doing what he loves.

Every album Judas Priest have released since their landmark 1990’s Painkiller has been seemingly met with a criticism and skepticism, yet they managed to lift the spirits of doubtful fans as well as to modernly recall previous metallic beasts of the Priest back catalogue with Firepower. The band has been on the road to bring their chugging riffage, mid-tempo swaggers and Halford’s badass attitude and iconic vocal tone everywhere they go, and I’m happy to ascertain I live on a planet in which Judas Priest rules once again.