There is swimming against the tide, there are David vs. Goliath scenarios, and then there is the task of mounting an independent campaign against the behemoth that is the established recording industry. But bucking the trend seems to be encoded into the DNA of former front man of The Dillinger Escape Plan and ever-busy vocalist/instrumentalist Greg Puciato, and among his more recent ventures has been the launching of a new independent label in 2018 dubbed Federal Prisoner, with an eye to putting out less conventional material as well as being a launch pad for his more recent ventures. With modern visual artist Jesse Draxler’s involvement alongside Puciato’s, one would come to expect a truly surreal experience via the ocular and auditory mediums to be the product, and a recent live stream featuring a 75 minute excursion into the latter’s recent solo work is the latest in what is sure to be a long succession of non-conformist output.

As per Draxler’s own testimony, his craft consists in attempting to translate the character of an audio performance into a visual form, and the inspiration provided by Puciato’s recent solo LP “Child Soldier: Creator Of God” proves to be of an abstract yet highly surreal character. Originally envisioned as material for the eventual third studio outing by the latter’s post-Dillinger project Black Queen, what ended up coming about proved a bit too stylistically diverse and close to the aggression of his former band to fall within the dark electronic template already established on Black Queen’s two prior LPs. This eclectic mixture, which would unite Puciato’s current work in the industrial and synthwave styles to the older hardcore trappings of his past, alongside a healthy helping of early 90s grunge influences, culminated in a result that is inescapably Gen X in demeanor, at least in terms of how it was defined by the predominant sounds of the day, thus the visual effects wind up emulating the flaws and unique quirks of a worn video tape playing for an audience consisting partially of those who have never seen a VHS player. 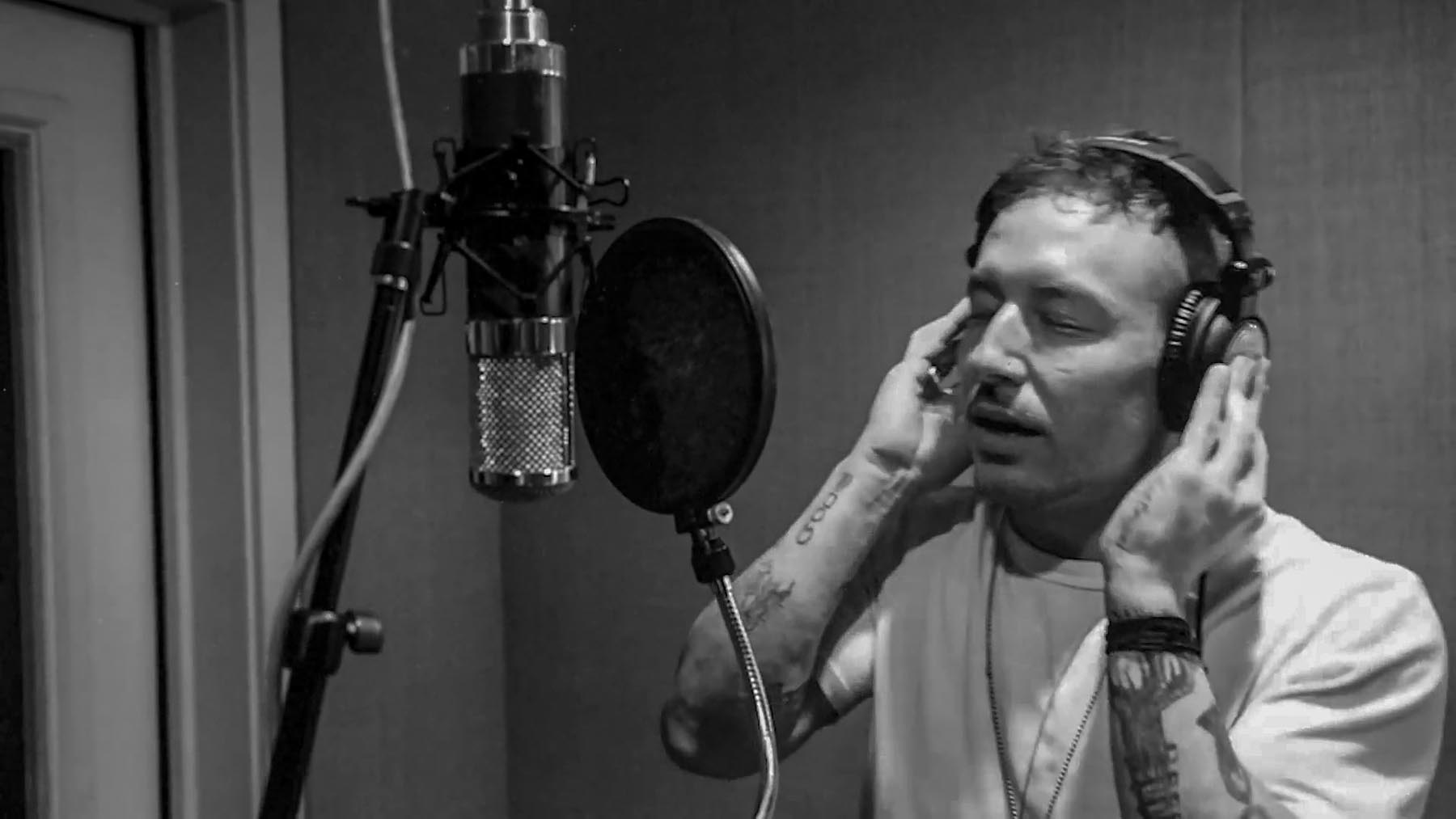 The performance itself, when combined with the retro-video style it employs, feels less like a live experience in the raw sense and more like a touring documentary that does a good job of hiding the lack of a live audience despite the music itself playing perfectly to the bleakness of 2020’s pandemic-ridden reality. Often times the feeling of witnessing an old style music video in the days when MTV was known for airing such things comes along for the ride with each passing song, an all too nostalgic one for a trustee of Gen X and 90s culture, and one that is only occasionally broken when a group of songs gives way to a number of brief interview snippets and random backstage chatter by Puciato and a couple others. The aforementioned linchpin of this project often makes the influences of said era extremely obvious, often emulating the demented ravings and exaggerating crooning approach of Trent Reznor, and even the agonized yarl of Layne Staley, though taking plenty of time to revisit his signature screaming style from the heyday of The Dillinger Escape Plan.

Those who witnessed the event were not so much privy to a concert event in the sense that many bands have been producing within the streaming medium of late, but more so to a small theatrical screening. The distorted and arguably archaic lens through which it is communicated is an effective reflection of the hazy, unclearly defined mixture of styles and modern sense of tonality and structure that defines the Child Soldier: Creator Of God musical experience. The lion’s share of the performance/documentary features roughly 75% of the album in question, with four new studio offerings in “Absence As A Presence”, “Don’t Wanna Deal”, “Crazy All Around” and “Lying At The Bottom Of The Sky” to add a touch of novelty to what is largely a faithful, by the numbers recreation of the studio material with Puciato’s employing several guest musicians to round out the arrangements he originally performed mostly by himself. One might call it Avant-garde, one may even describe it as an acquired taste, but those who crave originality and ingenuity found no shortage of either on the 11th of December. 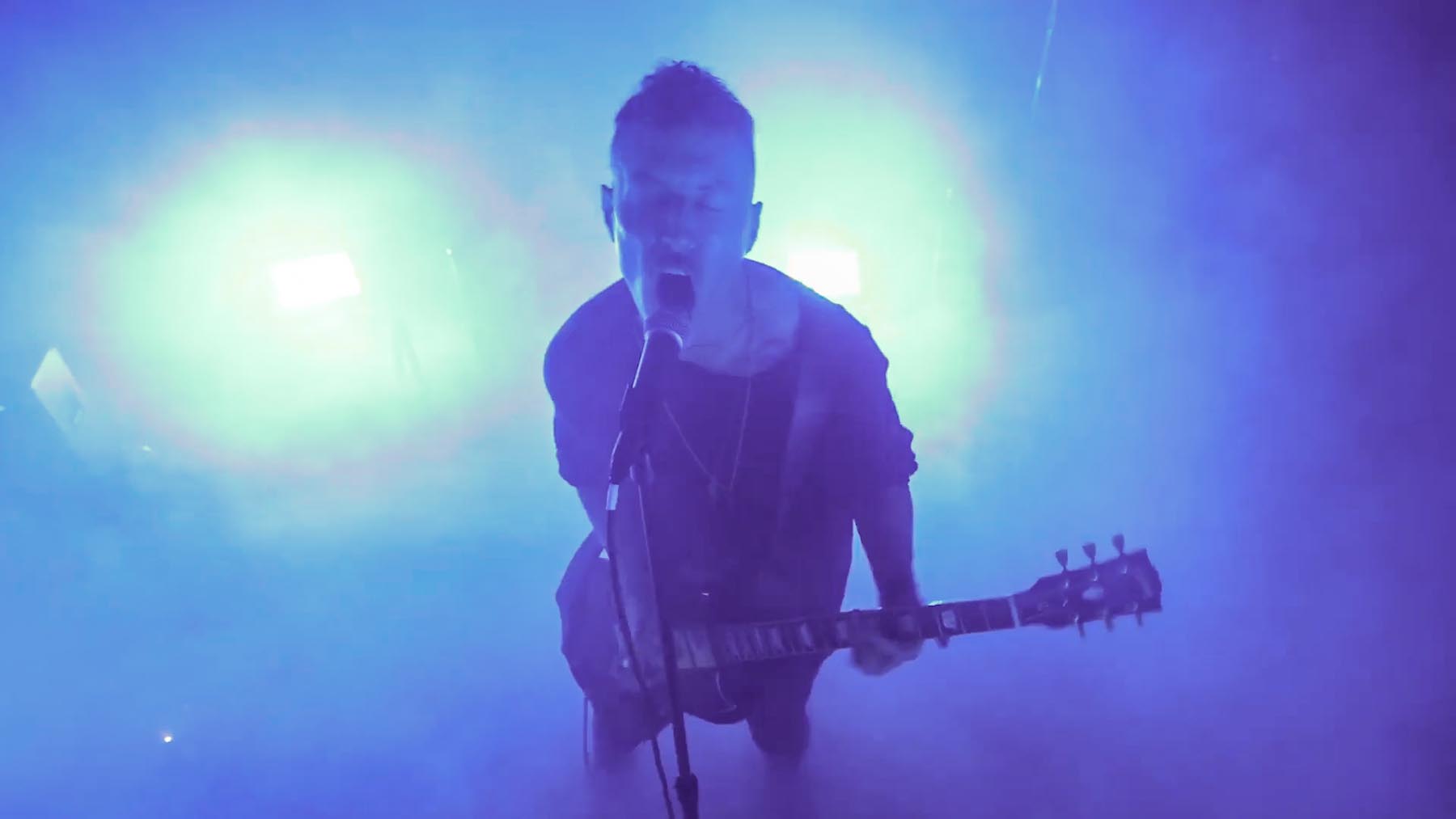 Heaven of Stone / Creator of God / Absence As a Presence (studio) / Fire For Water / Deep Set / Do You Need Me to Remind You? / Absence snippet & Don’t Wanna Deal (studio) / Down When I’m Not / Roach Hiss / Crazy All Around (studio) / Fireflies / Evacuation / September City / Lying at the Bottom of the Sky (studio)