When it comes to the live setting, while it’s impressive to see perfectly timed and rehearsed performances, it’s arguable that the moments of spontaneity and not-so-perfect musicianship will leave a much deeper mark in concertgoers. To each his own, and I do admire the precise and note-for-note shows of Dream Theater, Rush, Haken, Animals As Leaders etc., but the casualness and improvisational style of other acts have impressed this reviewer more lately. That was the case when I attended Graveyard’s concert in Toronto last Wednesday, February 19th, at The Opera House.

Speaking of improvisation, this entire concert would not have existed as such if it wasn’t for the quick action of promoters. In true “when life gives you lemons” attitude, when Opeth cancelled three of their shows in the current North American run due to Mikael Akerfeldt’s vocal problems, local agents booked headline gigs for Graveyard in Montreal and Toronto. Lucky us, who were able to witness a longer set from them.

A quick search on the internet will reveal more than a dozen bands called Graveyard, so before you get confused, here’s some context: the Graveyard in question comes from Gothenburg Sweden, and they’re cut from the same ilk as other Scandinavian peers such as Lucifer, Kadavar and The Hellacopters. It’s retro stoner doom at its glorious best, and with five albums under their worn-out boots and belts, the pivotal moments in their fourteen-year career were being selected by Rolling Stone Magazine to play SXSW, touring with Clutch and Soundgarden, and performing countless headline shows in Europe. They broke up for a few months between 2016 and 2017, only to return with a new drummer and a triumphant album, entitled “Peace”. 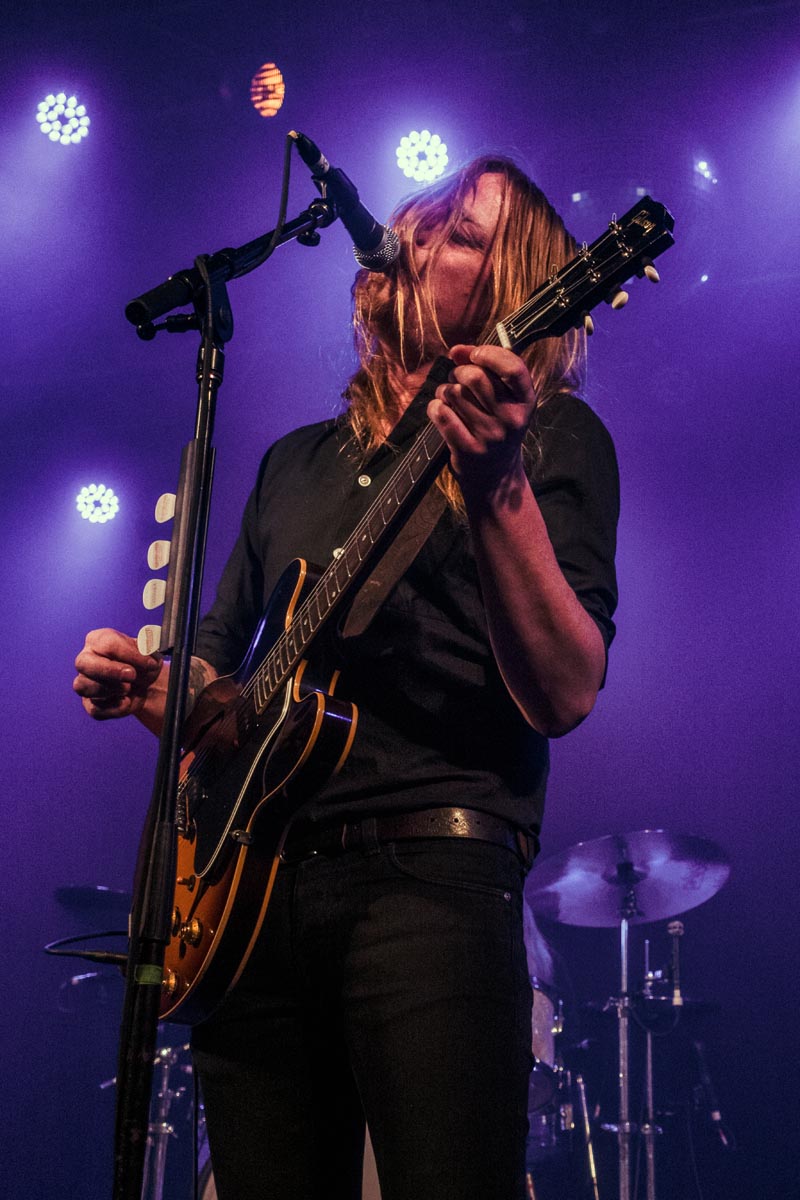 For a concert put together only a few days before and with the bone-chilling cold of that night, the turnout at the Opera House was a welcome surprise: although not to full capacity, the crowd was big enough to encourage Graveyard to put on a great show. The repertoire was different from their current set on the shows opening for Opeth and focused more on songs from “Peace” than anything else. They kicked things off with “Walk On” and the Black Sabbath-meets-The Doors “Cold Love”. Playing to a crowd wearing shirts of bands like Clutch, The Sword and Mastodon, the band seemed excited with the opportunity to include more songs and to have full production values to display.

Next up were “Too Much Is Not Enough”, an evil cousin of Led Zeppelin’s “Since I’ve Been Lovin’ You”, the fast paced title track of the album “Hisingen Blues” and their career defining song, “Uncomfortably Numb”, with its soul crushing lyrics: “I’ve been leaving you since the day we met/And it feels like you have too/I remember when I met you/The day I saw your smile/And now it’s time to let go/Oh, it’s time to feel alive”. The old school approach of their songwriting is completed by their choices of instruments: Joakim Nilsson and Jonatan Larocca-Ramm sported Gibsons ES-335, and Truls Mörck played the unmistakable Rickenbacker. Oskar Bergenheim’s drum set up wasn’t too far off from John Bonham’s, with a 26” bass drum and a 14×8 snare.

Truls took the vocals on the rock waltz “Bird of Paradise”, one of the highlights of the night. The heavy blues “Please Don’t” was another high point, with Joakim sounding like a modern version of Jim Morrison, and riffs that allude to the origins of heavy metal. “The Fox” was a perfect example of how this type of music can be better experienced live, with the fuzzy notes of Jonatan’s solo soaring high on the Orange amps.

On “Hard Times Lovin’”, another tale of broken heart, and on the more experimental “An Industry of Murders”, the retro vibe was so strong that the audience felt transported back to the 70’s with a time machine. In addition, if you ever wondered what Robert Plant would sound if he sang for Motorhead, the main set closer “It Ain’t Over Yet” would give you a strong indication of what this weird combination would be like. 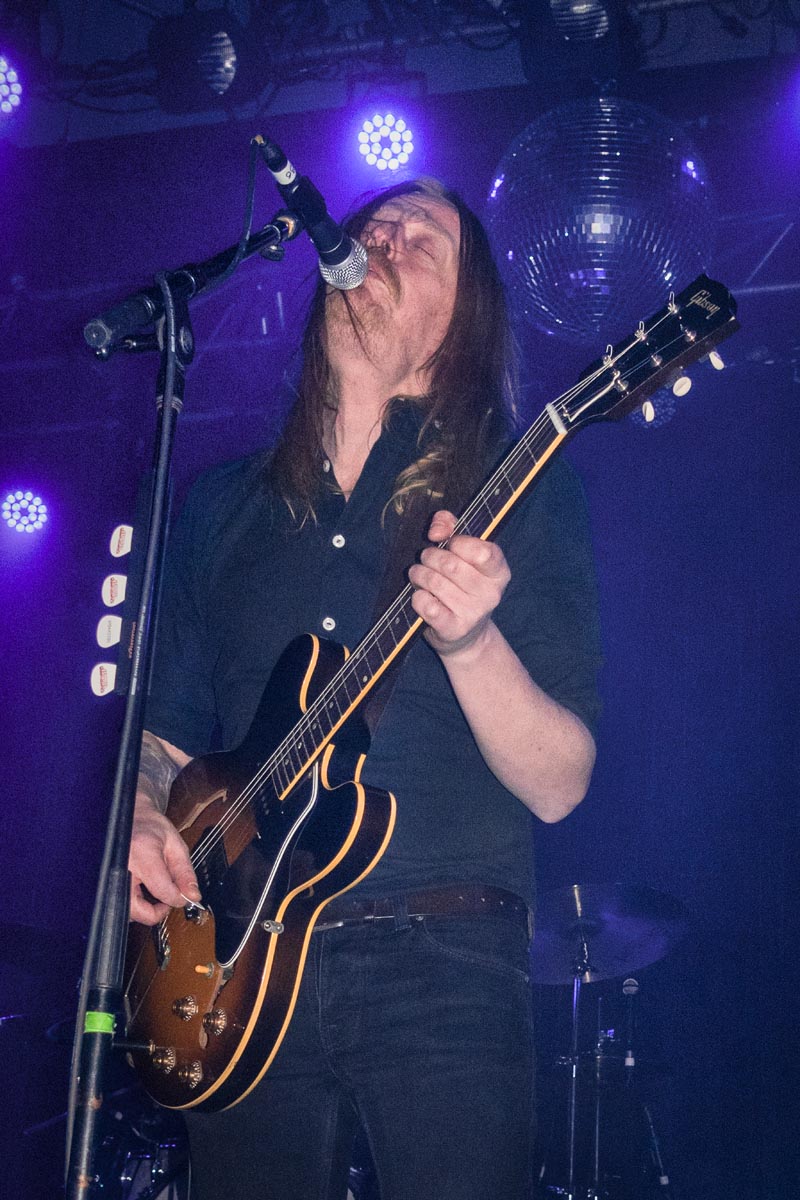 The band’s defiant return to the stage came via the many twists and turns of “Low (I Wouldn’t Mind)”, and continued with the frantic, high-octane “Ain’t Fit to Live Here”, with lyrics that should actually be their motto: “I ain’t fit to live here, among people of my time”. Set closer “The Siren” was as anthemic as it gets, with the mood swinging dramatically between the quiet verses and the massive chorus, and with Jonatan deferring to use the heavy distortion on his solo, opting for gentle strums and a clean tone.

This was a one of a kind type of night, and the Opera House, which has hosted iconic shows such as the first tours of Alice in Chains and Nirvana, proved to be the perfect stage for these Swedes. The tour with Opeth continues, with a dozen more shows before they return to Europe, so be sure to catch Graveyard opening for them in the upcoming weeks. Judging by the crowd’s response tonight, maybe it’s time for these Gothenburgians to do a full on headliner tour. Skål!