Last March 5th Tuesday night in Miami Beach, the temperature was getting unusually cold outside, but inside the iconic Fillmore Miami Beach at The Jackie Gleason Theater, it was a whole different story. The show began with a Miami native, after a cafecito Amigo the Devil, took the stage with his guitar and banjo and a ton of energy and humor while playing songs from his 2018 record Everything is Fine. Folk punk icon Lenny Lashley’s Gang of One arrived afterwards, ready to turn up the heat in the main room. The set mainly included songs from Lenny’s brand-new release All Are Welcome.

By that time the beer was flowing, just perfect for what was coming next. The London skinhead crew, Booze & Glory made presence with their soccer infused oi! sound and instantly the mosh pit got ignited. In 2019 the band is celebrating their 10th anniversary and their new album will be release next September. Their show was so energetic with people chanting and moshing that for most of it we felt like we were in a crowd of hooligans at a London soccer match. I discovered their music around 2014 with their As Bold as Brass record, and to be honest I never thought I would see them play in Miami so when I saw the announcement for this tour I felt compelled to attend and see them live, and I can genuinely attest they did not disappoint. I’m certainly looking forward to that upcoming record and future US tours.

To curtains went down and while we waited everyone got a refill to be ready for Dropkick Murphys. As the excitement grew and the lights dimmed, the curtains dropped and the stage was revealed. The audience was ecstatic, the stage setup and lighting were perfect to get us in the mood for some Massachusetts’ celtic punk. The set opened with “The Boys Are Back” getting everyone to sign alone. Both lead vocalists Al Barr and Ken Casey did an amazing job interacting with the fans and getting everyone to feel part of the show. The three sections of the pit had a circle pit going for the whole show. The atmosphere felt as if we were in Fenway Park watching the Red Sox but with the crowd chanting “Drop kick Mur phys” in the intermissions. By the end of the set the band allowed fans on the stage and in few seconds the stage was cover with fans jumping up and down, singing alone to every verse. Closing the set Dropkick played a cover of “Dirty Deeds Done Dirt Cheap” of AC/DC which finished feeling the room with excitement and giving everyone a night to remember. 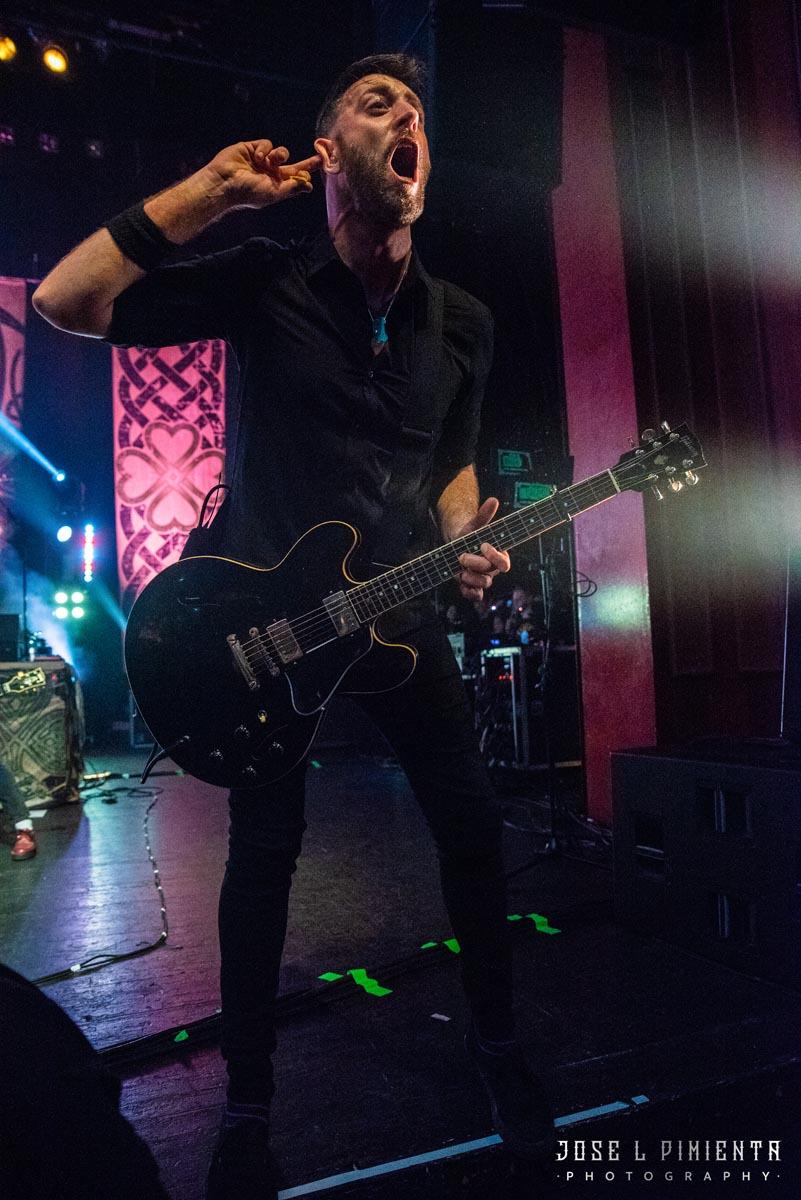 If you have the opportunity to catch this Dropkick Murphys’ 2019 St. Patrick’s Day Tour make sure you don’t miss it because you will certainly not regret it. The music, the vibe, the drinks are just the beginning of what is on store.

Cadence to Arms / The Boys Are Back / Johnny, I Hardly Knew Ya / Blood / The State of Massachusetts / The Gang’s All Here / Time to Go / Sunshine Highway /
Barroom Hero / I’m Shipping Up to Boston / Rose Tattoo / Boys on the Docks / Worker’s Song / Dirty Deeds Done Dirt Cheap (AC/DC cover)