Only a handful of days after receiving the kickass bill of Death Angel, Exmortus and Hell Fire, it was time for Lee’s Palace to host a night for the home boys Danko Jones, who brought the Enchanters in tow. The last time that Danko Jones had played in Toronto was in May this year at the Horseshoe Tavern, when their most recent album “A Rock Supreme” had just come out. Obviously then, there was a lot of catching up to do.

Frequent readers of Sonic Perspectives might remember the interview I did with main-man Danko Jones when “A Rock Supreme” was still a baby (if you didn’t read it, find it here). In that conversation, he mentioned that the band prefers to tour Scandinavia, where they have a large following, than to play in their home town, where hardly anyone shows up to see them. If that’s the case, then we can expect them to come more often, because Lee’s Palace could not fit in a single extra soul tonight. As Danko would say later, this was the very first place that they played as a band when they started up, which made the night extra special. 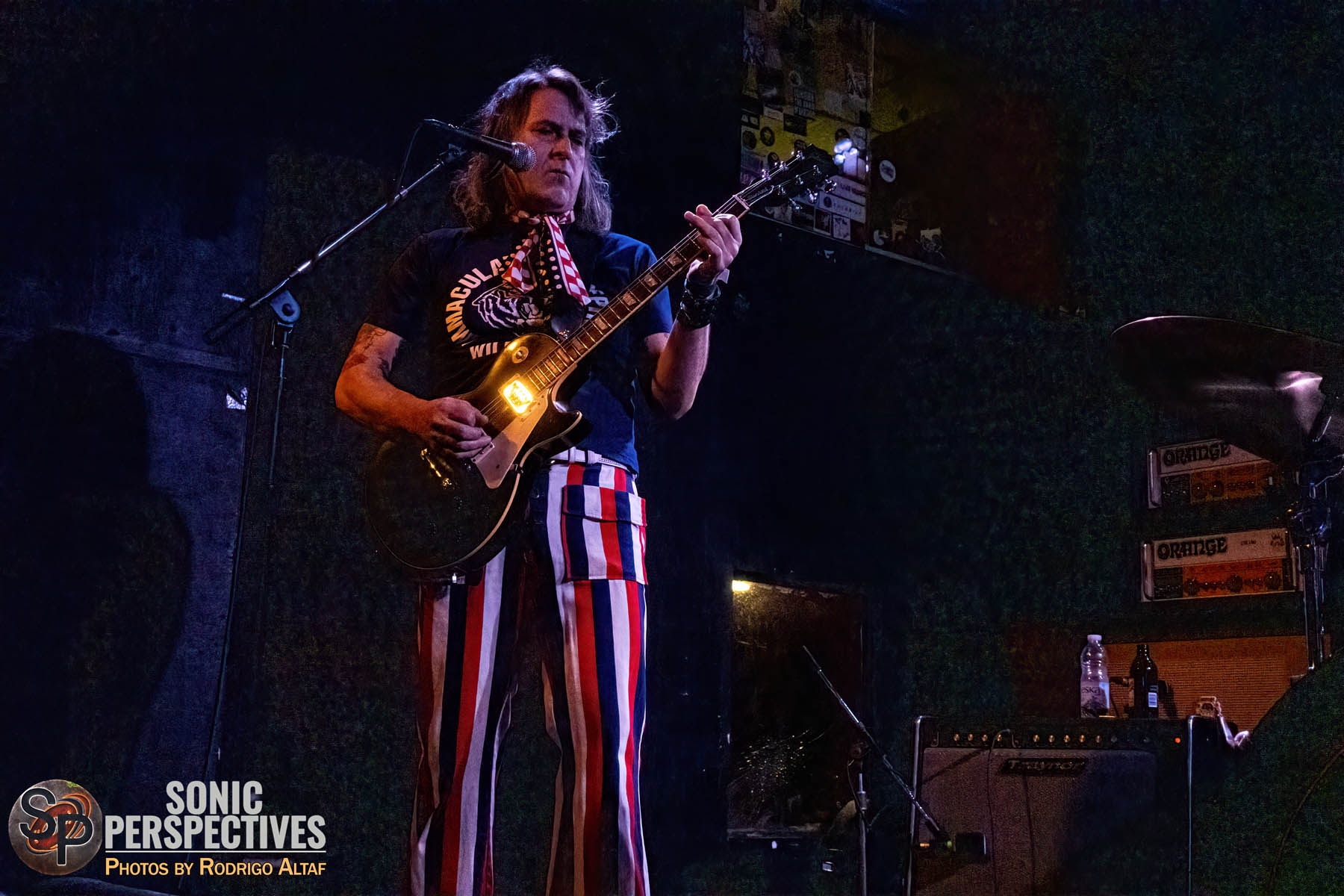 At 9pm sharp, the Enchanters hit the stage, with their blend of punk and rockabilly. Their sound owes as much to the Sex Pistols as it does to The Kinks, as evidenced by songs like “Torture Chamber” and “Crystal Ball”. Craig (guitars and vocals), Taras (drums) and Derek (bass) oozed coolness, and didn’t find the typical resistance deserved to opening bands from the crowd. Other influences to their sound include The B-52s and surf music from the 50’s and 60’s, but on the stand out number “In the Tar Pits”, Craig distilled anger and frustration, unlike any other songs in their repertoire tonight. They ended their set with the fun song “High Heel Roller Skates”, as colorful as the singer’s striped pants, which, as later reported, were stolen after the show.

Danko Jones entered the stage at 10:15, with the fast paced “I Gotta Rock”, from their 2017 album “Wild Cat”. A nice segway into the revolutionary anthem “Fists Up High”, with the crowd joining in by singing “If I’m going down, then I’m going down with a fight – I got my fist up high”. The chilling air outside was a massive contrast with the heat transfer from the crowd to the stage and vice versa. The punkish “The Twisting Knife” came next, with its vertiginous chord changes, and Danko addressing the crowd and talking about their first show on the venue, on the distant year of 1996.

It was time for the fist song from “A Rock Supreme”, and they brought out the infectious “I’m In A Band”, full of self references and ever-so-catchy cowbells, courtesy of drummer Rich Knox. Danko Jones were never a band to get massive airplay, but the two following songs were as close as can get to a hit: the humorous, AC/DC-inspired “First Date” and the frantic, metal infusion of “I Think Bad Thoughts”. The legacy of Thin Lizzy, another one of the band’s main influences, is brought into the forefront with “Lipstick City”, a newer song which achieved classic status almost immediately after its release. 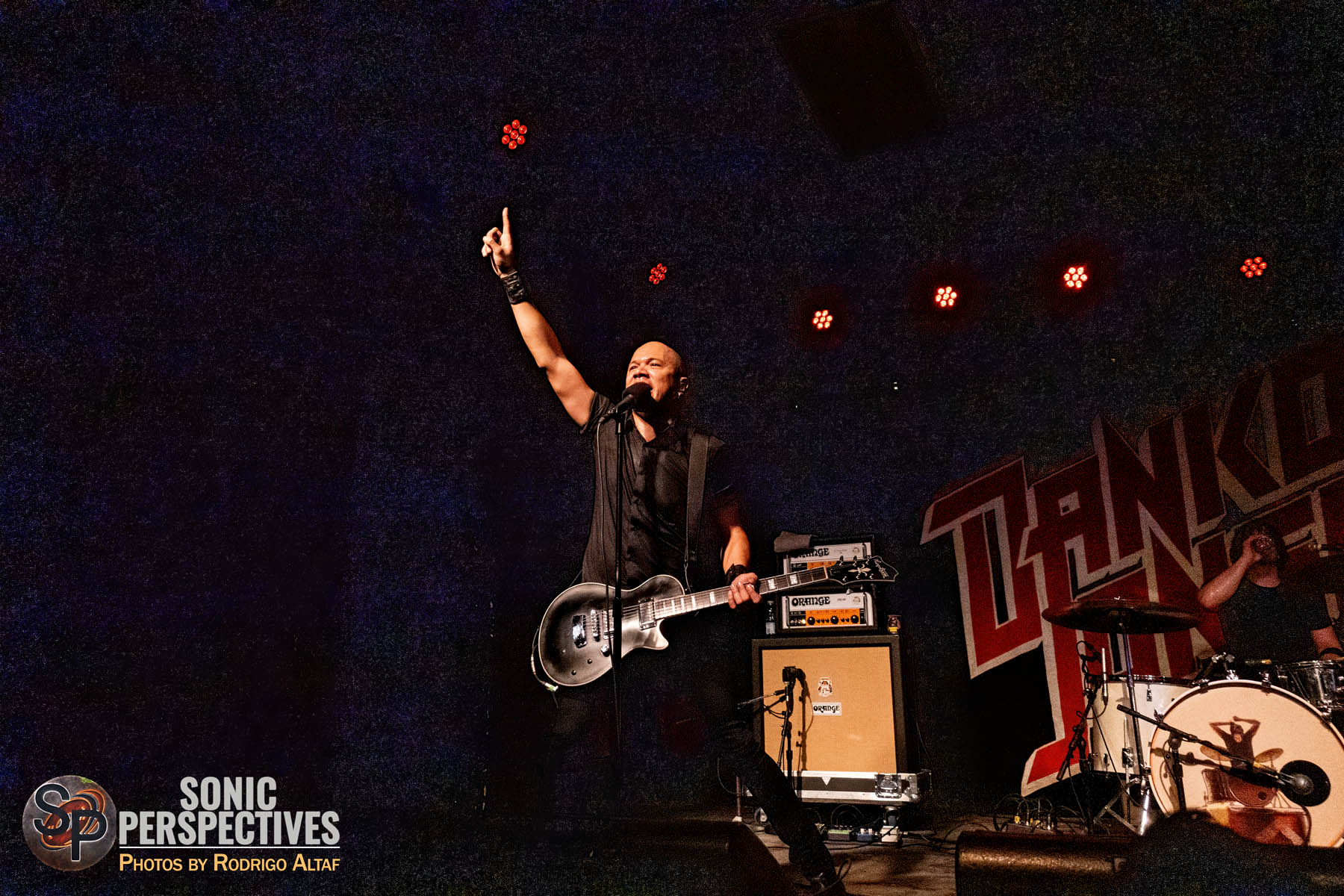 The cowbell made a welcome return on the funky “Mango Kid”, from “Fire Music”, the first album to feature Rich Knox. “Bounce” came up next, a song where Danko can’t decide whether or not his mistress should keep a dress that tuns him on, or take it all off. The punk side of the band comes to the fore once again on “Gonna Be a Fight Tonight” and “Invisible”, with the amped up crowd falling right into the band’s trap and responding the only way possible: moshing and dancing on the pit. And sing they did, on “Full of Regret”, with the vocal acrobatics of the verses being reproduced verbatim by the rabid audience.

“Lovercall”, another fan favorite, came next, with founding member John Calabrese showing his prowess on bass, and Danko giving advice on how to conquer the ladies. “You gotta look sharp, you gotta act right”, and “If you wanna do it, do it right, lick it up side to side”, he said. Wise words, Danko… wise words indeed. Another ode to everyone’s favorite music style, “My Little RnR” was also met with great applause.

Just when you think things would slow down and go into cruise mode until the end of the show, the band goes on to challenge the speed of light, on “Sticky Situation” and ‘Watch You Slide”. The triumphant ending comes with “Rock Shit Hot”. The final bow was drenched in sweat, but in spite of the long set, the impression left is that they could carry on for an hour or two more, if it wasn’t for noise bylaws or Lee’s Palace personnel restrictions. Here’s hoping that more locals give Danko Jones a chance, so that they don’t take too long to come back to their homeland. The show was an unquestionable demonstration that there’s a market for them on these shores, and a celebration of a victorious year for the trio.