Cradle of Filth recently finalized North American leg of their “The Second Coming Of Vice World Tour” made a stop at Fort Lauderdale last week, and once again we were there to behold Dani Filth and company bringing back the noise to their favorite hunting ground. The first band to take the stage was Raven Black, hailing from Los Angeles, CA, filling the airwaves with a viciously unique metal sounds and a very unique look. At the beginning of each track vocalist Raven came up with a different prop to use in the performance, everything from a red umbrella to a hula-hoop and a giant teddy bear, with the other members completing the circus freakshow look with their ill-omened makeup and masks. Their set was a mixture of tracks from their 2018 release “13” and their 2016 “Seven Sins”.  A very theatrical show that warmed up the crowd, this is a band to follow closely in the future.

Consequently, Wednesday 13, arrived on stage with a wave of great energy exuding from the first rows. This was my first time seeing them live and honestly I did not know what to anticipate, and I’m happy to report they surpassed any possible expectations I didn’t have, and by a long shot. With a sound intertwined between Alice Cooper, Marilyn Manson and a touch of punk, their act was one-off a kind, and the vibe projected by the entire band was both terrifying and hypnotizing. Vocalist, Joseph Michael Poole certainly knows how to command a large crowd, and his cloaked figure with eerie makeup, crazy theatrics and glowing body paint definitely added a horror feel to their presentation, enhancing the whole experience. Half way into their surprisingly short set we couldn’t distinguish if we were seeing his face or one of the multiple masks he was wearing. With a selection of songs focusing mostly on their albums Monsters of the Universe: Come Out and Plague and their latest Condolences, Wednesday 13 could not have been a better band to accompany the night headliners, setting the bar almost too hot to handle. 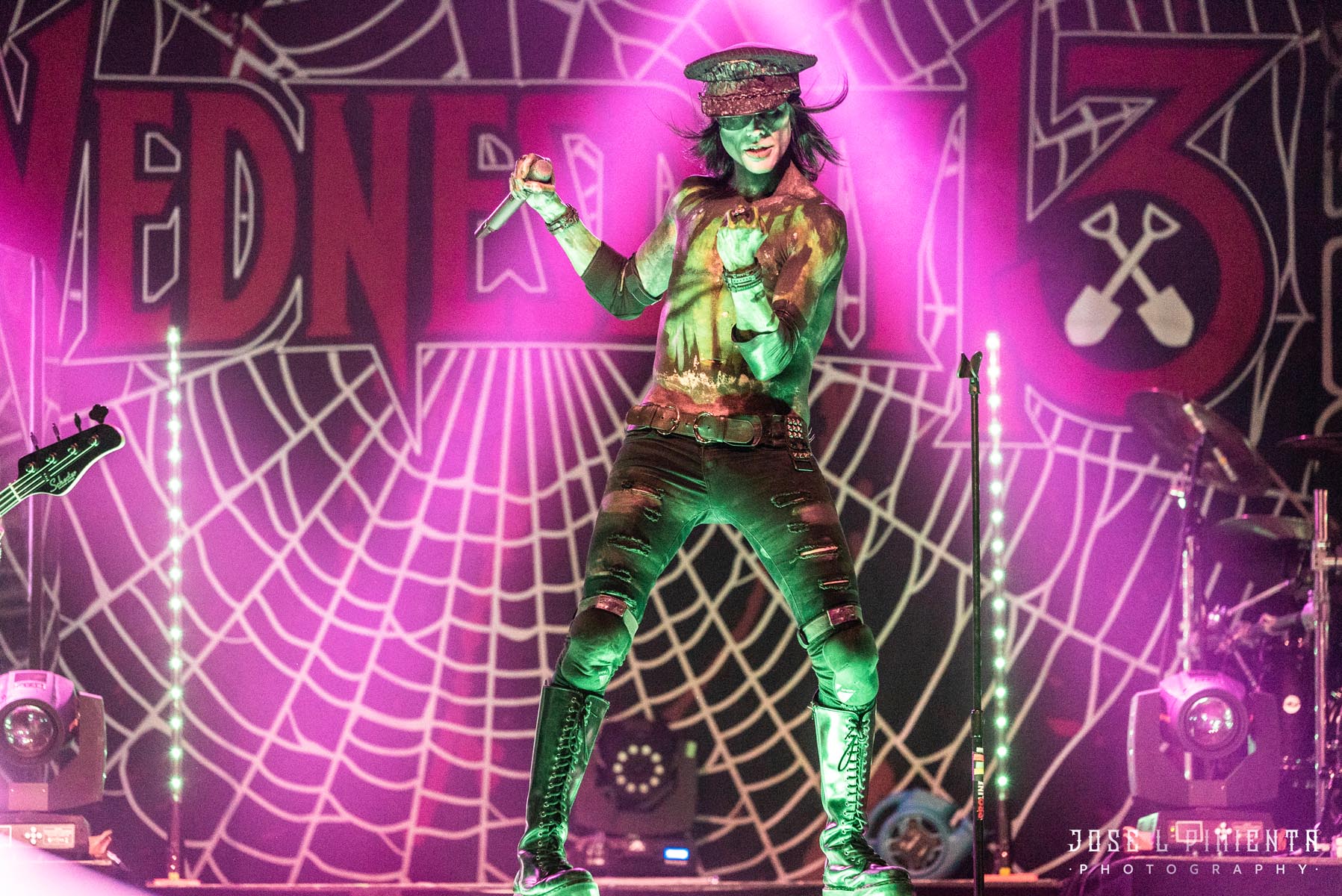 After the dark and magnificent performance by Wednesday 13, the venue’s feel got a bit darker and the excitement grow as everyone waited for UK’s own Cradle of Filth. The stage transformed to show the band’s banner and lanterns like if we were in a dark Victorian London Street, and the band came out through the fog machines and hazy lights, each bowing or saluting the audience as “Ave Satani” played in the background.

They broke the silence with “Gilded Cunt” and a frenzied roar of approval was the answer. Under neon-hued lights, Dani Filth and his band of merchants of filth proceeded to hammer the eardrums of their fanatical fan base, with his unique and always impressive vocals – alternating growls and light speed singing – having the perfect counterpoint in keyboardist Lindsay Schoolcraft angelic voice. I have seen the Cradle of Filth playing about four times including their performances at the 70,000 Tons of Metal 2016 Cruise yet I felt their show this night packed a lot more brutality, energy and power than in previous occasions, which the much better lightning accentuating their ominous presence on stage. 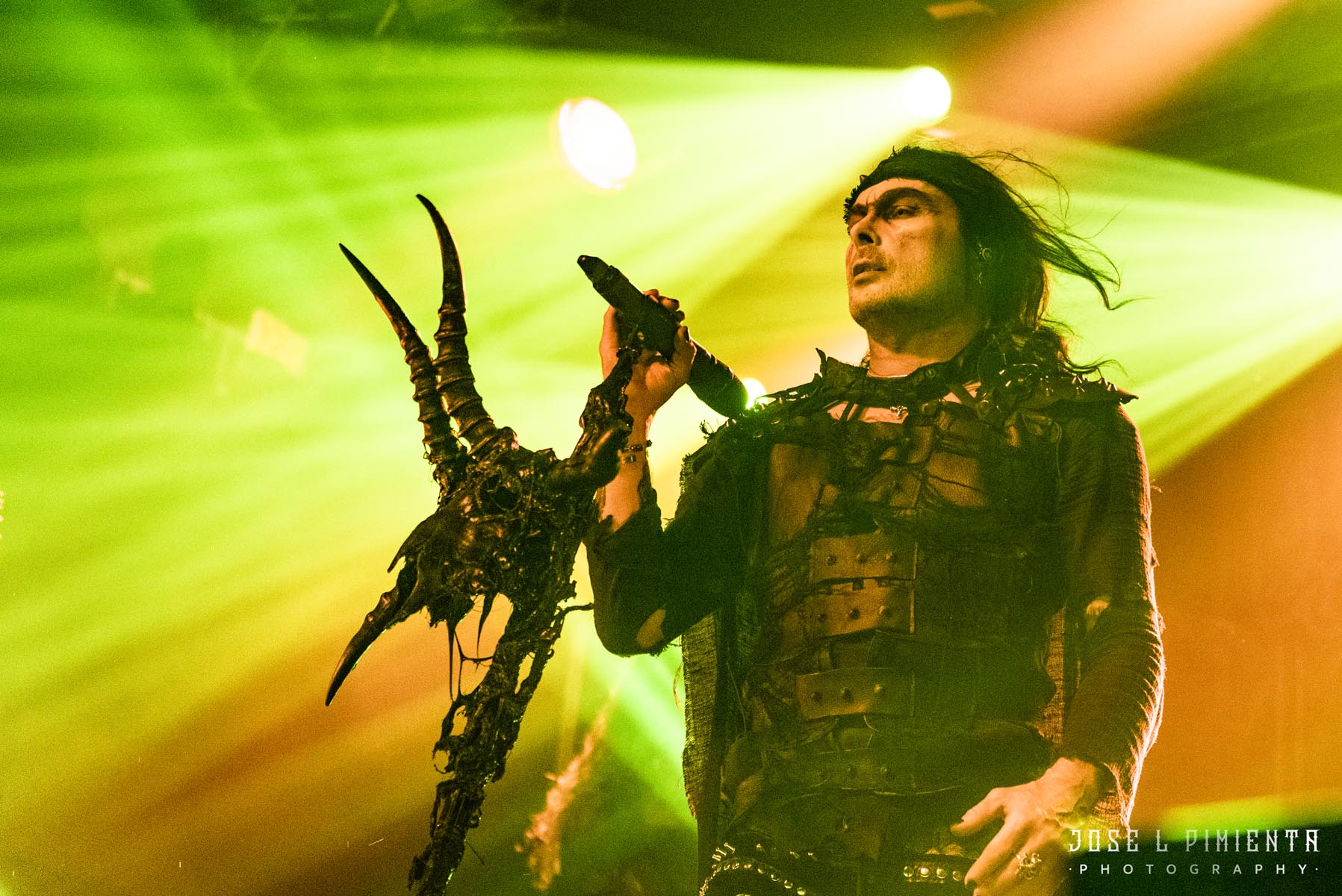 Dani Filth with Cradle Of Filth

Transforming the Revolution Live into their own playground of sinister celebration and tenebrous music – and dragging their fans to the most condemned depth of lord Hades’ abyss – Cradle of Filth offered an extra-long encore which included the now classic “Nymphetamine (Fix)” and closed the night with the epic “Her Ghost in the Fog” from their iconic black metal record Midian . Even though they did not play “From the Cradle of Enslave”, one of my favorite songs of theirs, they certainly obscured the Florida night with a ravenous and devilish soundscape, offering an extremely memorable performance which is without a doubt the best metal show I’ve witnessed this year.

Ave Satani (Played over PA) / Gilded Cunt / Nemesis / Right Wing of the Garden Triptych / Heartbreak and Seance / Bathory Aria: Benighted Like Usher / A Murder of Ravens in Fugue / Eyes That Witnessed Madness / Wester Vespertine / Dusk and Her Embrace / You Will Know the Lion by His Claw