Concepts such as waiting with bated breath and with hands shaking in anticipation don’t quite capture the excitement that fans were likely feeling over the prospect of the final part of Avatar’s epic live stream miniseries dubbed Avatar Ages. Having not only offered up 3 stellar performances culminating in about 5 hours worth of live music and stage antics, but effectively covered every nook and cranny in their latter day discography, from 2012’s “Black Waltz” up until the present and spanning five LPs no less, it could be argued that they’ve provided their fan base with the most comprehensive live experience by any metal band to date. It’s without a hint of hyperbole that this mad Swedish quintet had turned over every compositional stone since adopting their more carnival-like visual presentation and eclectic modern metal style for their audience, leaving only that more rustic and orthodox era from their formative days without representation, which has thus been remedied with Part IV, Age Of Memories. 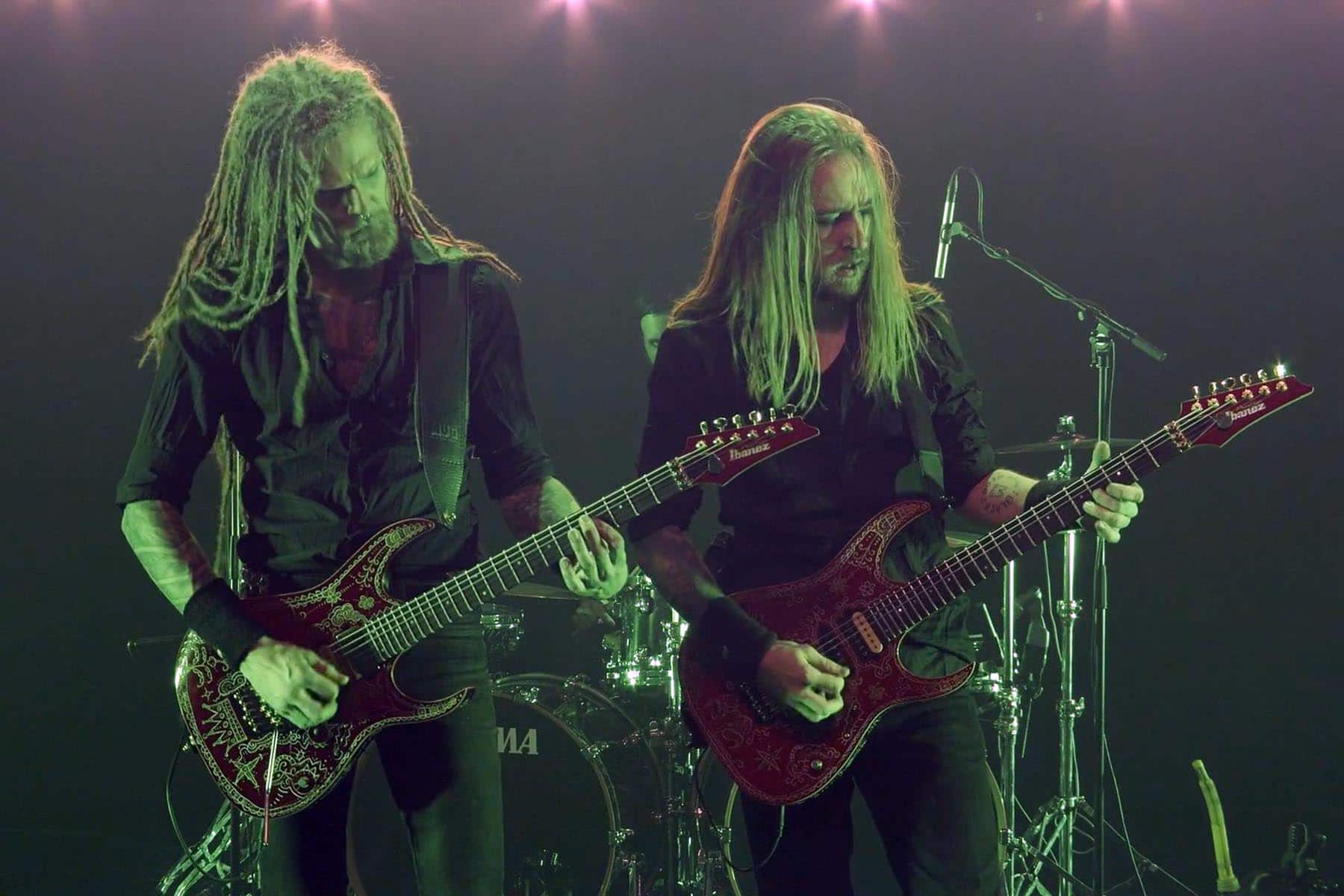 Arguably a curious choice for the final installment of this massive undertaking, this installment sees the band shed much of their theatrical elements and elaborate surroundings for something more amenable to the heavy metal rank and file, appealing the most to that segment of their base craving a return to a simpler time to sample an array of deep tracks, many of which had not been heard in the live setting for over 10 years. No longer coming off as a flamboyant doppelganger of The Crow, front man Johannes Eckerstrom could now be best likened to a Gothenburg equivalent of famed and sadly departed Gothic metal icon Peter Steele from a visual standpoint, albeit with a more animated and less dry brand of humor. His vocal performance, along with that of his band mates, has likewise taken on more of an orthodox melodic death metal demeanor, drawing heavily from the mid to late 90s sound of In Flames, Hypocrisy and The Crown (particularly during the Crown Of Thorns days), with some occasional hints of the stylistic developments that had taken hold by the mid-2000s. 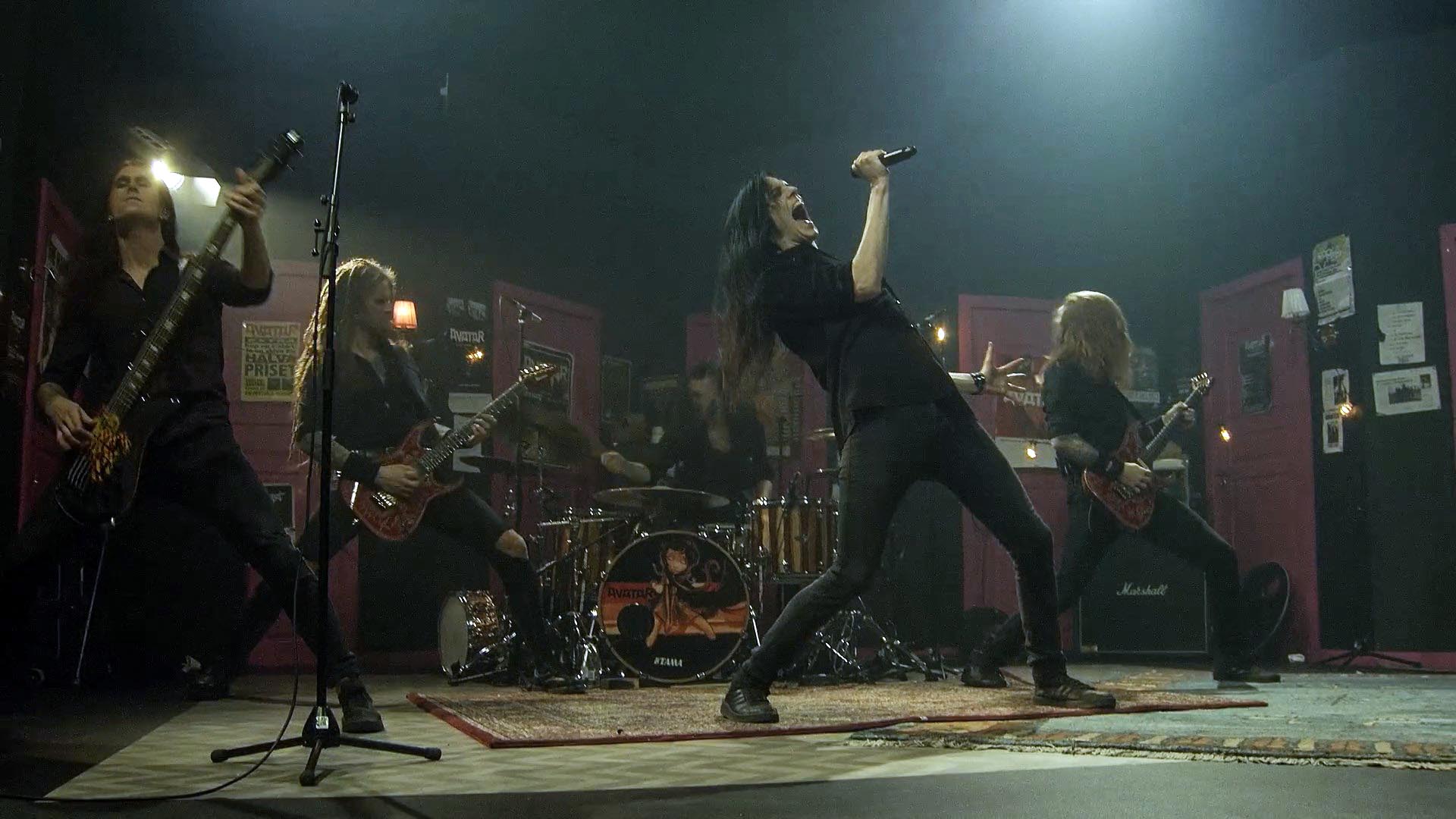 The first act in this little stroll down memory lane features select songs from their first two studio offerings, with no expense being spared in the aggression department. While the setting of this short, 6 song set is a humble recreation of the band’s rehearsal space during their formative years, the rollercoaster ride of mad thrashing, Gothenburg-brand melodeath is intense enough to rival any of the heavy hitters of the style’s original heyday. High octane crushers such as the title song of their 2007 sophomore outing “Schlacht” (the Swedish word of slaughter) and “My Shining Star” could almost be highly competent tributes to the driving force and sorrowful melodic riffing madness of In Flames’ Colony, though Eckerstrom’s agitated vocal performance bears a stronger resemblance to John Lindstrand. Other stand out moments that are of a somewhat more nuanced and atmospheric character include the depressive coaster and semi-ballad “Die With Me” and it’s somewhat more contemplative cousin “Stranger”, which sees Eckerstrom noting the absence of its composer, former guitarist Simon Andersson in a respectful yet humorous fashion. 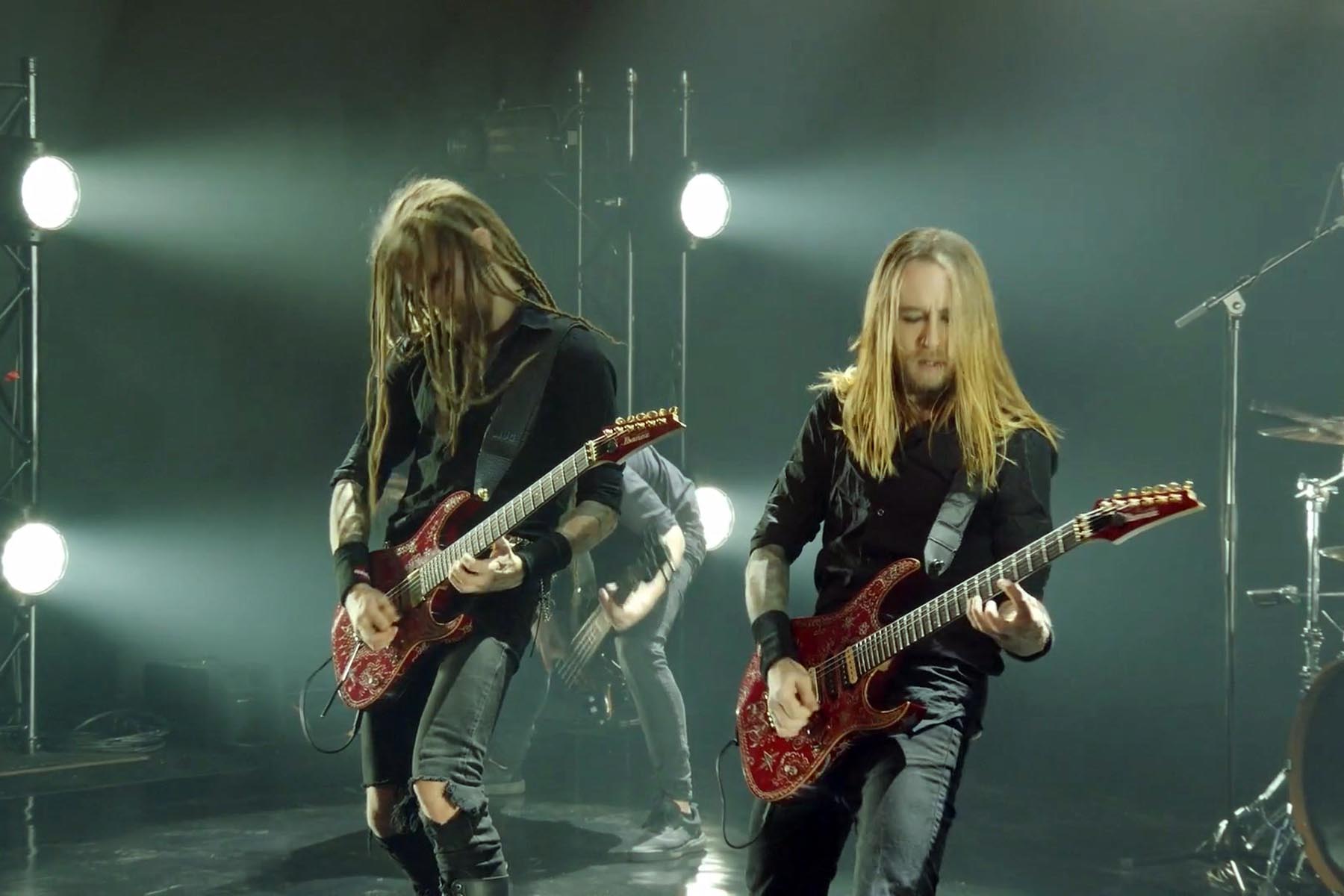 The second act, in contrast to its plainer predecessor, sees the band on a massive stage and fleshing out every single chapter of their third melodic death metal book on tape, namely their 2009 eponymous offering. Having been preceded by a montage of touring footage from the band’s early period, the sense of nostalgia is notably thick, yet also tempered with a stylistic character that showcases the band’s evolution into their current form. Though very much still within the confines of Gothenburg orthodoxy from a musical standpoint, the vocal performance is a bit more nuanced, often crossing over into an older school heavy metal presentation with occasional metalcore flourishes. Among the most distinctive case studies in how this gradual shift in direction took form is the still highly In Flames-bent anthem and opener “Queen Of Blades” and the more lead guitar-happy romp down the same basic stylistic template “Shattered Wings”, which see Eckerstrom often incorporating a mixture of mid-ranged howls and Halford-inspired shrieks to complement the grunts and growls. Yet even more enthralling than the distinctive vocal performance and the inclusion of rarely heard deep cuts like “Out Of Our Minds” and “Lullaby (Death All Over)” is the highly competent performance of each instrumentalist, with dread-lock toting axe man Kungen often stealing the show with his blazing solos. 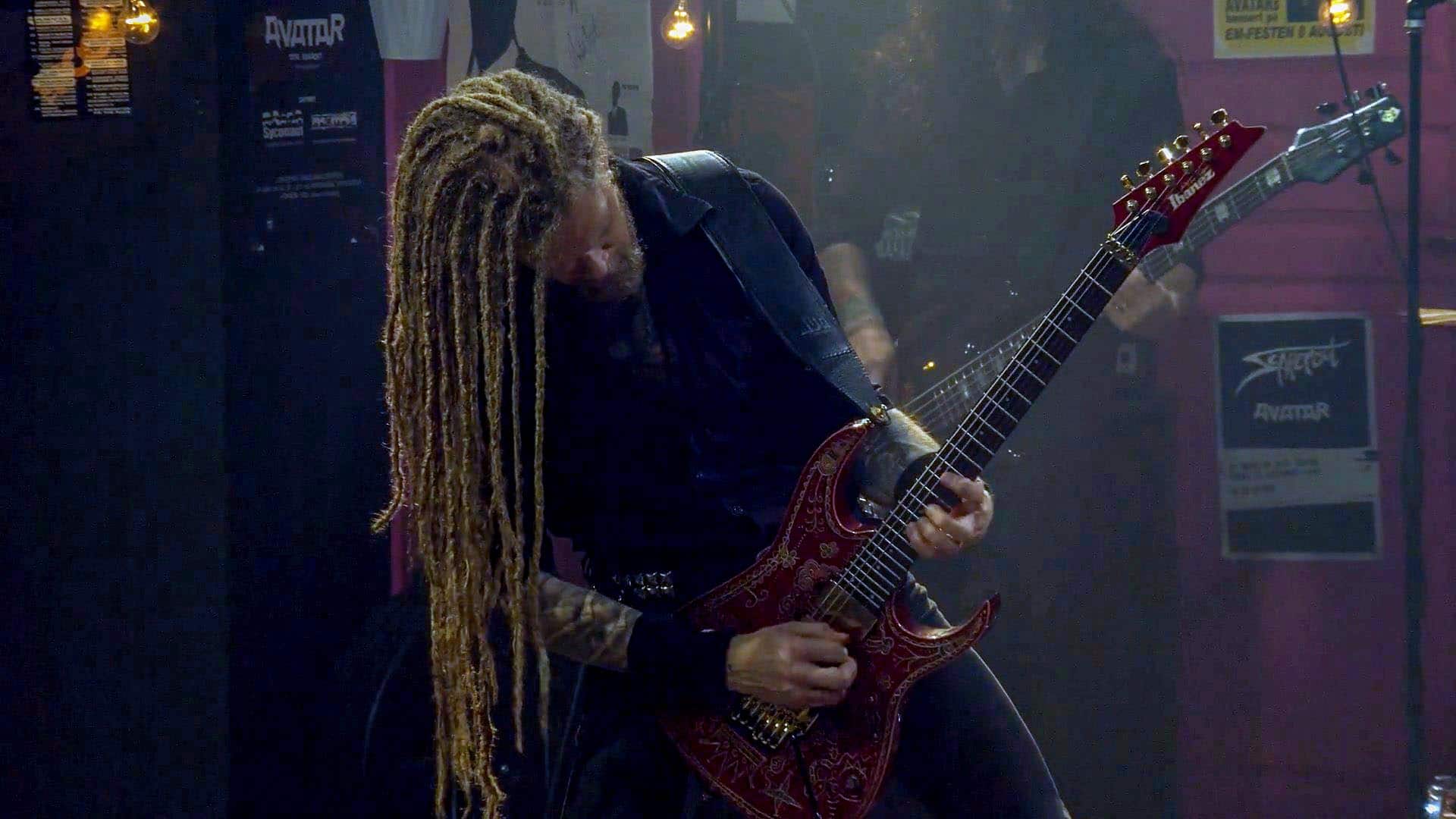 For a veteran act that has been at it for 20 years, they’ve managed to accomplish in a 4 week period what takes many outfits an entire career to accomplish, namely summing up their entire body of work while offering up close to 90% of it in the process. The sheer scope of material covered on this final installment alone is a daunting act to follow for any band looking to make an impression within the live setting, be it with a virtual audience or an in-person one. It’s the most intricate of the lot from a musical standpoint, though it’s more straightforward demeanor will probably appeal more so to old school death metal fans than what rounds out most of their current audience. Too often a band that has made a notable shift in stylistic direction will tend to disown their past as observed in the case of Pantera’s early days as an 80s heavy metal act, but here Avatar has not only embraced their early years, but have shown an enduring competency in performing in the old style that they could easily revert back to it on a more permanent basis should they feel so inclined. For those who caught this performance, it was a grand finale to a truly epic undertaking, and for those who missed it, one can only pray that Avatar eventually opts to the entire Avatar Ages series up for sale in the coming months

Act 1 – Schlacht & Thoughts of No Tomorrow