At the taverns of the mythological kingdom Tiberon, there seems to be only one topic of conversation. Everybody is talking about a strange tale of revenge, about Captain James Tig and his insatiable thirst for revenge against the legendary Killagorak, the sea monster whom James accuses of being the responsible for the death of his whole family.

The group composed of jugglers and bards known as Winter’s Verge has brought us the most relevant stories occurred in Tiberon through their discography. On September 11, they finally share their newest work titled “The Ballad of James Tig,” composed from the celebrated troubadour Frixos Masoura‘s tavern tales, which they heard on their latest visit to the kingdom of Tiberon.

“The Ballad of James Tig” is not the typical power metal record. Its musical direction heads towards the content and subtle, where the orchestration and the symphonic components are the primary sources of depth and focus. It is an elegant album that shows a mature Winter’s Verge knowing exactly when and how to unleash their resounding and heavy sonic artillery. The galloping rhythm beats and the furious guitar solos are still to be found, as it is the case in “I Accept,” but they serve the higher purpose of transmitting the story of Captain James Tig rather than display their undeniable ability.

For such end, the lyrics acquire a vital role, turning indispensable to understand and fully appreciate the story behind it. The concept developed by Masoura comes to life through wonderful lyrics that, with incredible looseness, portrays the “The Ballad of James Tig” in a cinematic way. It is easy to picture yourself inside the story, navigating next to the Captain, seeking to help him complete his revenge.

We hear “The Ballad of James Tig” through the rugged and captivating George Charalambous’s voice. Whether Charalambous is calmly presenting the story with “It Begins”, or participating in a beautiful duet with guest singer Teodora Stoyanova Freya as in “Timeless”, his hypnotic and melodic voice captures the attention of everyone listening. Once you are trapped, he won’t let you go until you learn the destiny of Captain James Tig. 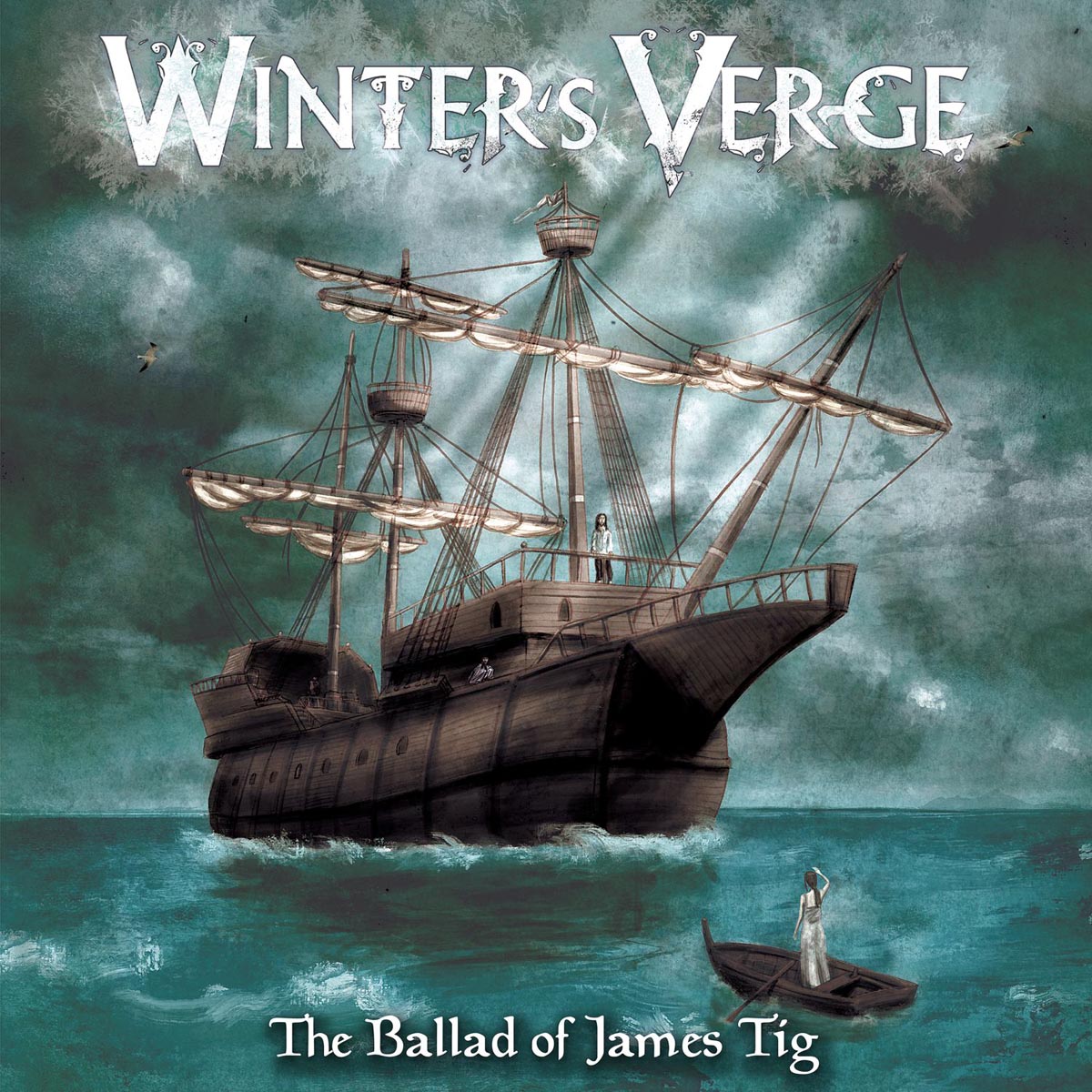 The new composition displays remarkable instrumentation that serves as a score to the nautical story told. The orchestration brilliantly provides deep layers of musical atmospheres that vary depending on the story’s development and mood through the whole album. At some points, the grandiloquent instrumentation permeates despair and loneliness, and other times, it supplies and adventurous and restless feeling.

Whatever turns the story takes, or whichever musical approach was chosen for a particular song, the orchestration manages to do a splendid job by keeping engaging and consistent the symphonic element to “The Ballad of James Tig”. The absolute highlight in terms of orchestration consists of “Killagorak”, the song named after the mythical vicious marine monster. Orchestration is beyond epic; you can almost feel the fear provoked by the infamous Killagorak, managing to create an immersive experience.

The song’s structure in “The Ballad of James Tig” allows almost every piece to make room to lighter and calmer passages between heavy soundscapes. At times, a pleasing piano melody holds the spotlight, and then, powerful guitar riffs take complete control, supported by a thunderous rhythm section. The display of highly technical aptitudes or how fast someone can play are not the intentions of Winter’s Verge with their new record. On the contrary, all the musical and lyrical elements contribute graciously to what matters, which is the story of Captain James Tig.

“I Accept” might be the song that best represents the musical approach decided. In it, we can hear every aspect mentioned so far. The splendid orchestration sets an urgent tone and the lyrics indicate that a battle is imminent. Piano and soft instrumentation collide with heavy guitars and fierce musicianship, just as Captain James Tig and his destiny. Chorus is hugely catchy, making it easy to picture ourselves inside the story. Teodora once again participates with her ethereal voice, endowing such song with deep beauty.

“The Ballad of James Tig” uses every element previously stated as a means to an end, which is no other than the story of such album. Every member of the troupe understands his role and performs it with excellence. For this new record, the company known as Winter’s Verge wanted to captivate audiences with Captain James Tigs’ story. To properly do so, the story needed to be the absolute protagonist of the album, while the music was meant to serve as the perfect score to it.

“The Ballad of James Tig” track-listing:

“The Ballad of James Tig” is a unique album that chooses to mainly focus on the story presented. With impressive orchestration and elegant musicianship, Winter´s Verge creates the perfect score to Captain James Tigs’ story in a subtle and precise manner.