The last months have witnessed different events of the most varied kind; those that profoundly impacted humanity. From the not-so-common rise of a new pandemic and how it affects our behavior to the shameful episode that ended George Floyd’s life, last year’s events shook society’s foundations. From them, we have seen how fragile human existence is and how cemented the constant presence of racism and abuse of authority are, among other aspects derived from the usual calamities provoked by people to their kind. Suddenly we find ourselves in a perfect time to evaluate our condition as human beings, determine what is essential in life, and, especially, redirect the track our existence has taken so far to drive it to what we would like to achieve.

Those extreme events and the deep reflections they generate toward our human condition and mortality are crucial elements to the inspiration that has given rise to “Resident Human”, the sophomore album by Finnish progressive metal band Wheel. Such dense and interesting concepts could only produce a compelling, intriguing, and fascinating record full of different nuances due to its enthralling musicianship, which stirs between heavy and intricate passages, as well as subtle and atmospheric moments.

There is something hypnotic about “Resident Human”. From the initial guitar lines of the opening track “Dissipating” to the ethereal and calm piano notes from the closing track “Old Earth”, the music catches the listener and wraps them up in its fascinating proposal, taking them on a journey that figuratively deconstructs humanity. Such a journey’s characteristics demonstrate, just as in our lives, a series of contrasts represented through the music variations, which keeps the record engaging, dynamic, and unpredictable.

For instance, “Dissipating” encloses a sonic ecosystem that follows the natural order of birth, growth and end of things. With an initial guitar riff that gradually turns accentuated by incorporating the rest of the instruments, the song keeps experiencing an evolution in its structure, with an undergoing development of dense layers provided by aggressive riffs, frantic beats, crushing instrumental passages, and complex time signatures. Near the end, things take a calmer way, with the soundscape slowly vanishing. 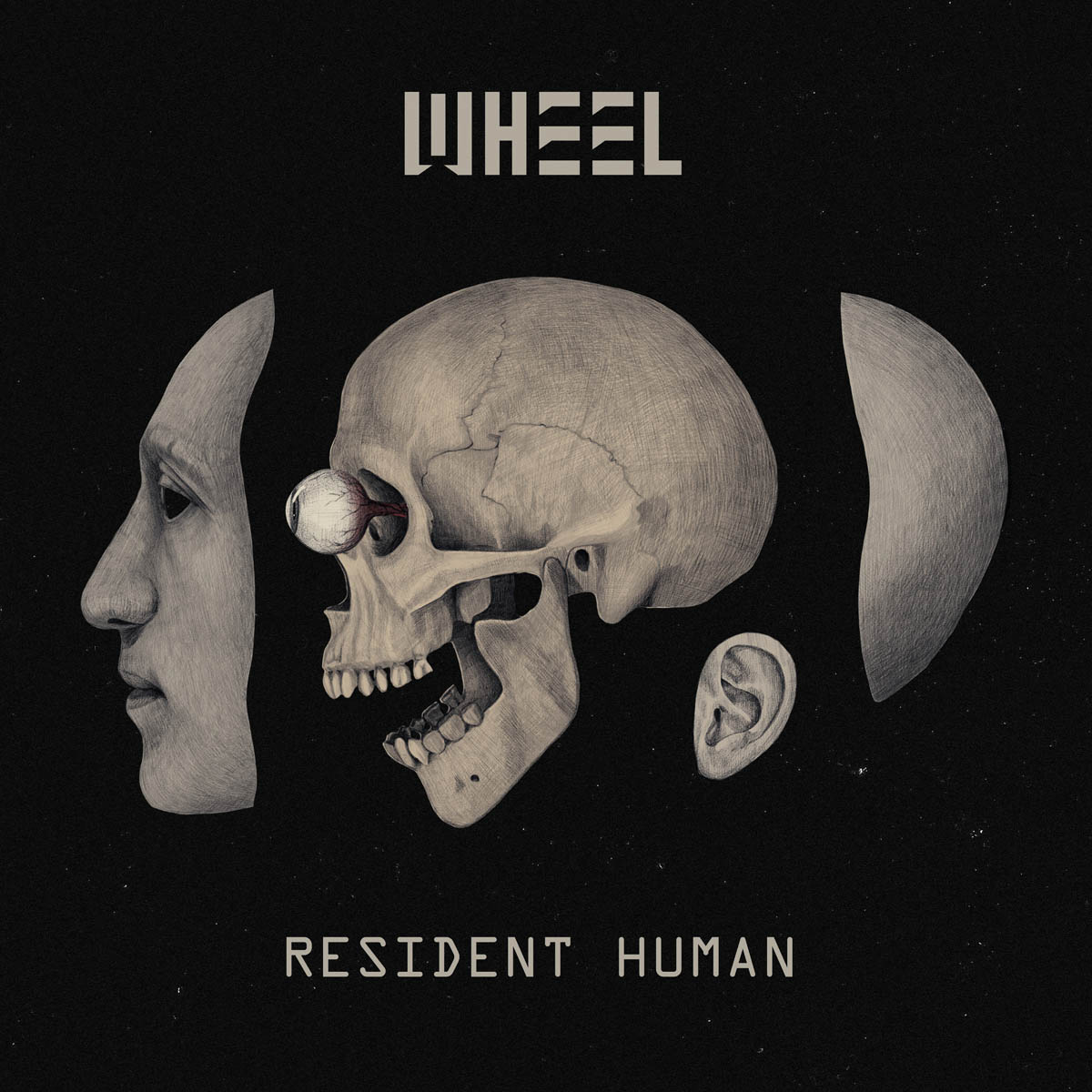 Those contrasts and build-ups can be detected in several songs, especially the longer tracks. They take it time to develop, breathe and explode in a ranting manner, as in the case of “Hyperion” and title track “Resident Human”. The first one also delves into the guitarists James Lascelles and Jussi Turunen’s impressive guitar work, where their brutal riffage is unstoppable, and the solo is just brilliant. Regarding the title track, the rhythm section in charge of bassist Aki Virta and Santeri Saksala gets the spotlight with syncopated grooves that range from headbanging metal to smooth jazzy vibes.

Those tracks invite the listener to continue listening carefully to them, discovering new elements unheard previously. Its layers’ richness is vast, so it is rewarding to keep digging them and uncover their subtle components. However, not just the longer songs encompass those brilliant contrasts and the affluence of details. The shorter tracks do it too, with the distinction that they do not take the time for a finesse development. They just hit you right away with their polyrhythm assault, with smashing riffs and pounding grooves, as is the case for “Movement” and “Ascend”, where the musicianship is tight and fierce.

After a demanding journey with intense and frenetic passages, as well as soulful, expressive, and delicate moments, “Old Earth” oversees wrapping the record in an ethereal and calm way. Once the reflective and intriguing concept is presented, the closing track serves as a perfect soundtrack to continue reflecting upon the fascinating subjects toward the human condition that “Resident Human” offers. The beautiful piano melody rounds the emotional and even cathartic experience. As the tune fades away, our commitment to reevaluate ourselves continues.

“Resident Human” sees Wheel making a deep impression within the progressive metal word, placing them as one of the most exciting acts nowadays. Their ability to create a sonic atmosphere that combines heartfelt moments with hulking passages, where intricate riffs and complex time signatures are displayed, keeps the record thrilling and unforeseeable. By adding a profound, philosophical, and compelling concept as the human condition or our mortality, the album turns essential in our quest to continue deciphering who we are, what is important, and what we would like to achieve.

With “Resident Human”, Wheel invites the listener to an introspective and reflective journey that seeks to perform a symbolic deconstruction of humanity, where deep topics are presented through a brilliant blend of emotional and soft moments with an intense and heavy intricate musicianship.