Holy war for the modern age.

Though the metal world has been an ever-expanding one since the year of its inception, in recent years it has become a bit more difficult to think outside of the box, giving way for a healthy supply of revival bands of late paying tribute to the past. While there is obviously nothing wrong with acknowledging that not every great song in an existing sub-genre has been written yet, without stylistic innovation we wither and die, and only a few bands out there have been bucking the trend of the 2010s being the decade of metallic nostalgia. One band that has been making some sizable waves in recent years by blurring the lines between metal’s growing stylistic subgroups is the New Zealand turned Canadian heavy metal act West Of Hell, bridging the gap between old school orthodoxy and modernity with a mishmash of stylistic influences, helmed by one of the more unique and multifaceted voices in the metal world to date, Chris “The Heathen” Valagao.

Having already established themselves as one of the more unique outfits to roll out of the same nation that has already given us the likes of Rush, Voivod and Devin Townsend with their 2012 debut Spiral Empire, their latest offering in Blood Of The Infidel naturally comes with sizable expectations. Suffice it to say, there is little to complain about from start to finish as this album presents a somewhat more refined and ambitious version of the same stylistic eclecticism that put this band in a category all by themselves 7 years prior. At first glance the modus operandi of these songs would appear to be a similar stroll down the modern yet traditionally melodic heavy metal road that a number of recent projects featuring Tim “Ripper” Owens. However, before long the picture becomes far more nuanced, drawing upon the progressive darkness and intrigue of Nevermore, the free form technical extremes of latter day Death, and even some modern metalcore and thrash elements to complement their otherwise orthodox approach.

Taking a somewhat more subtle route than the almost gimmicky approach of genre-splicing that was all the rage about 12 years ago courtesy of bands like Into Eternity and Strapping Young Lad, the general flow of this album is general smooth and opts for smooth blending over jarring shifts in direction. The songs tend to be on the longer side and exhibit a generally consistent blend of melody and edge, spearheaded by Valagao’s seamless transitions between soaring cleans, gritty thrash shouts out of the Zetro Sousa playbook, and a spectrum of guttural and high-end toneless extreme vocalizations. The rhythm section takes on more of a solid, support-based role and plays things closer to the hilt, barring some occasional odd time shifts on progressive groove machines like “Infidels” where echoes of Myung and Portnoy intermingle with Sheppard and Williams. The guitar work, however, is highly impressive even by prog standards, melding the technical intrigues of Loomis with the expressive idiomatic shredding of Alex Skolnick and Gary Holt. 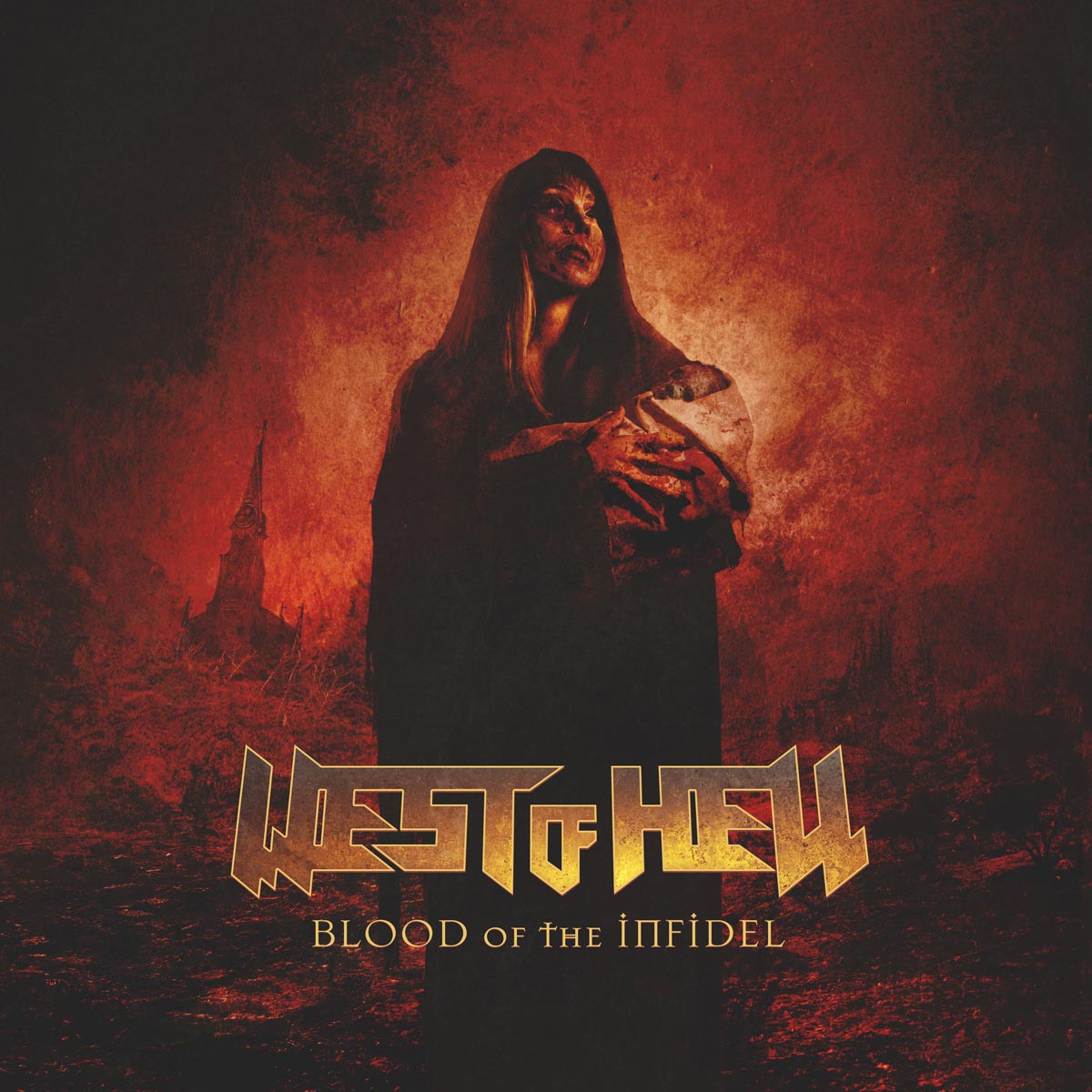 “Blood Of The Infidel” Album Artwork

The consequential blend of simplicity and complexity that arises from this vast array of influences results in 7 highly engaging compositions that somehow manages to present a unified picture despite their many moving parts. On the more fist-pumping and catchy side of the equation are a couple of massive anthems in “Hammer And Hand” and “The Machine”, blending the aggression of recent melodeath after the mold of Arch Enemy and a thrashing, modern Exodus edge with Valagao’s theatrical persona. On the more involved side of the equation is a pair of longer-winded epics in “Dying Tomorrow” and “Mankind Commands”, the former shifting between noodling classical guitar jams and punishing progressive groove haymakers, while the latter intermingles similarly Nevermore-based technical grooving with a metalcore gloss that’s somewhat similar to the classic Boston scene. But the best mixture of old and new out of the bunch proves to be the speed/thrashing with a side order of progressive groove that is “Chrome Eternal”.

As a total package, this is one of those albums that truly packs a punch and leaves few stones unturned. About the only real strike against it is that at times it seems a tad over-ambitious, often feeling a bit longer and drawn-out from one song to the next given the heavy amount of varied content compressed into each song, none of which clock in at under 5 minutes and only two of them at under 6. It’s a bit on the happy-go-lucky side due to Valagao’s highly distinctive voice, which undoubtedly will draw comparisons to his previous work with Zimmers Hole for anyone who have been following metal since the heyday of parody bands in the mid-2000s and plays against the band’s generally serious tone at times. Overall, the picture here is a solid display of musicianship that manages to be mostly accessible, and will likely appeal most to fans of the long defunct Nevermore and Strapping Young Lad, i.e. those who like their metal aggressive and technical, but not quite to the point of being either death metal or Dream Theater.

“Blood Of The Infidel” Track-listing:

The slayers of unbelievers and various heretic hunters of yore have found a new champion in that part of hell where the sun sets, unleashing an intricate hybrid of heavy metal traditionalism and progressivism as only a Canadian/New Zealanders can provide