While it is not entirely clear whether the Warkings hail from the contemporary European power metal scene, or the mead halls of Valhalla, it is clear they enjoy remaining mysterious. Terribly mysterious, in fact. Here is what we do know: The beastly musical entity known as the Warkings are made up of a drumming Spartan warrior, a guitar-slinging Crusader, a Viking reaver with a thundering bass, and a Roman Tribune delivering vocals. Their birth (or rebirth) came about in 2018 with their debut “Reborn” album, but now in 2020, a year already rife with apocalypse, the Warkings are stirred from their slumber and return to the realm of the living with their “Revenge” album, available 31 July from our friends at Napalm Records.

Insofar as we can attempt to separate the sound of the Warkings from their battle regalia, their sound is arguably textbook Euro power metal, almost tying together elements of Kamelot, Dream Evil, and the attitude of Sabaton. As one may reasonably expect, the lyrical subject matter concerns itself primarily with the blood, guts, and glory of the dark and middle ages. The first track opens with folk instruments and drums of war, against a backdrop of Scots Highlanders crying for freedom, before thundering into a metal anthem of the same name. “Freedom” is a galloping good time from its nigh-Benante drumming and crunching riffs, to the almost Roy Khan vocal delivery. We are even treated to a cookie monster reading of the ending of “Braveheart,” before a ripping guitar solo comes in to bring things to one final chorus and conclusion.

The second track, “Maximus,” does seem to be a retelling of the Ridley Scott film about the same Roman gladiator. The riffing and thunderous chorus make for a headbanging good time, and the phrasing of the guitar solo deserves special recognition. All in all? We are entertained. The third song, “Warriors,” based upon lead guitar melodies, is a nondescript departure from the two previous cinematically-infused entries, but this is a refreshing break with a respectable song. There is subject matter outside books and movies, whatever Steve Harris may think.

Just when it seems like the album’s sound is figured out like an AC/DC album, the fourth track, “Fight in the Shade” throws us a curveball. For one thing, the opening is heavy as hell. Also, the musical underpinnings are intentionally given somewhat more middle eastern flavors, like a subtle hint of what we tend to get in more generous portions from Myrath. Also, in the opening verses of the song, our Roman vocalist delivers a performance which is more in the Tommy Karevik vein of things, which is certainly no bad thing at all. The song utilizes gang vocals that are more like battle shouts, and as a whole, creates an almost visual soundscape for the listener.

Speaking of keeping things interesting, “Odin’s Sons” summons the “Queen of the Damned” herself, Melissa Bonny of Rage of Light and Ad Infinitum to do the heavy lifting on vocals. And we do mean heavy. If you are expecting a typical operatic female vocal counterpoint to the power of the man, this is not one of those moments. Bonny handles the impressive grunting growls of the song, where our Roman Warking handles the more traditional melodic vocals. In fact, her growls and power are impressive, possibly even showing up the already formidable Adrienne Cowan. 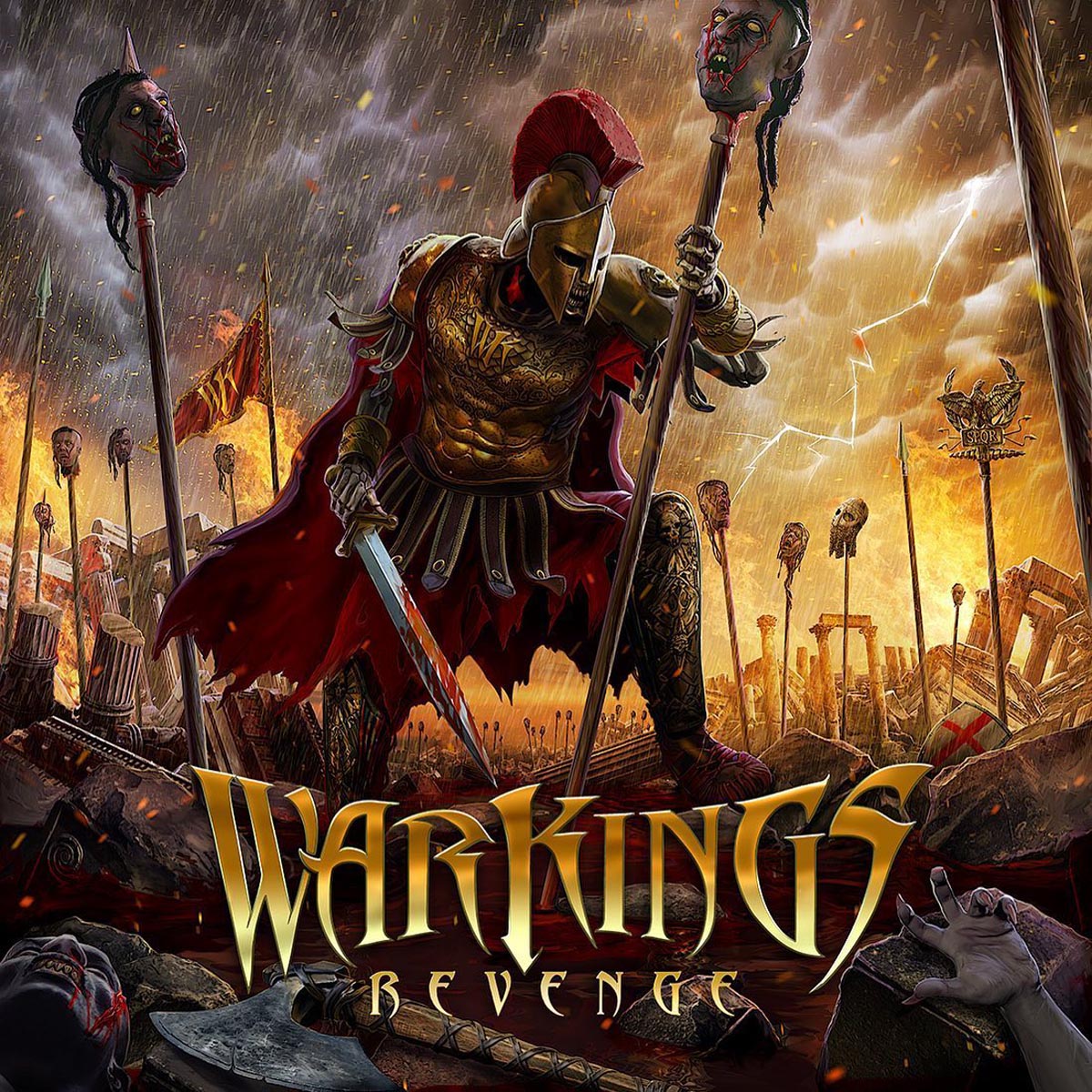 In another interesting development, the track “Banners High” is a stirring anthem in a major key, with a big soaring chorus. The overdriven guitar chords are tasteful and musical, and the guitar solo is thoughtfully executed. While it’s still genre-appropriate for the “glorious warrior” idiom of the album, it is a nice departure from the heavy-heavy-heavy throughout the record. Of course, before we can get too comfortable, “Mirror Mirror” brings back the relentless tempo and riffing, to give us a very metal take on the tale of Snow White. Honorable mention to a very cool instrumental bridge on this one. Absolutely blistering.

“Azrael” gives us a crusading good time through the holy land, but “Battle of Marathon” gives us a heavy and fast-paced recounting of the 26 mile run following the battle, where the messenger collapsed and uttered “Nike” (victory) just before dying from the “Marathon” run. Gives a whole new meaning to “The Loneliness of the Long-Distance Runner.” The album ends with the flagship track “Warking,” which is unapologetically the sound of the band condensed into a single track, complete with the shouted chorus “I AM – I AM THE WARKING.” It really does not mess around.

This album is very much a fun romp in the tradition of bands like Sabaton, if you are willing to trade in urban camo and aviator sunglasses for warpaint and plate armor. If you want ballads, or retro AOR, this is not it. If you want prog music about philosophy and the mysteries of the universe… no, not it. Go fish. But if you just happen to be in the market for quality heavy metal with a heroic medieval theme, have we got just the thing for you. The musicianship is absolutely solid, and the vocals are both strong and accessible to most metal audiences. There is enough variety (within the confines of the band’s unique idiom) to keep the record interesting, and it is just a good time in general. Napalm Records will drop this bomb on us tomorrow, so hit up your favorite music retailer to get in on the carnage.

The Halls of Valhalla have returned four legendary heroes of old to us, to save us in our hour of need with their own unique brand of Euro Power Metal. Don’t let their medieval countenance concern you; these warriors know how to cut a badass heavy metal record