The charred remains of paradise cry out.

Given a fairly sparse studio output since their inception in 1995, Melbourne-based progressive metal extraordinaire outfit Vanishing Point has remained something of a fringe player in the metal scene. Having rose to a fair degree of prominence with their second LP “Tangled In A Dream” due to being associated with the ascendant European power metal scene that was being heavily promoted by their then label Limb Music, along with an auspicious guest vocal slot by Black Majesty front man John “Gio” Cavaliere, they carved out a groovier and mellower niche that was more readily compared to the likes of Evergrey and Tad Morose. Nevertheless, they drew a further distinction from the mainline power/progressive crowd by writing longer material with a greater emphasis on bottom-heavy guitar riffing to complement the spacey atmosphere, though they would take a turn towards a more streamlined format on their 2007 outing with Piet Sielck’s Dockyard 1 Records “The Fourth Season” that would be further refined on their 2014 AFM Records backed LP “Distant Is The Sun.”

Following a six year stretch of studio silence following the aforementioned album, this quintet has reprised their role as purveyors of long-winded, nuanced musical storytelling with a return to their earlier form dubbed “Dead Elysium.” As the title suggests, the musical character of this album is one of melancholy and a sense of loss, drawing heavy similarities to the more somber moments of Evergrey’s early material, touched up with a bit more of a mid-2000’s power metal sense of pizzazz after the spirit of Masterplan and Saidian. The musical content has sort of a punchy, rhythmic character between the guitar, bass and drums that mirrors the dark and forbidding character of latter day Nevermore, but painted over with a dense array of keyboards that give things more of a spacey and serene character. This synchronicity of sound provides an interesting backdrop for vocalist Silvio Massaro, who’s gravely and smoky timbre runs along similar lines to the David Coverdale-like sound that was further popularized years back by Jorn Lande and Rick Altzi. 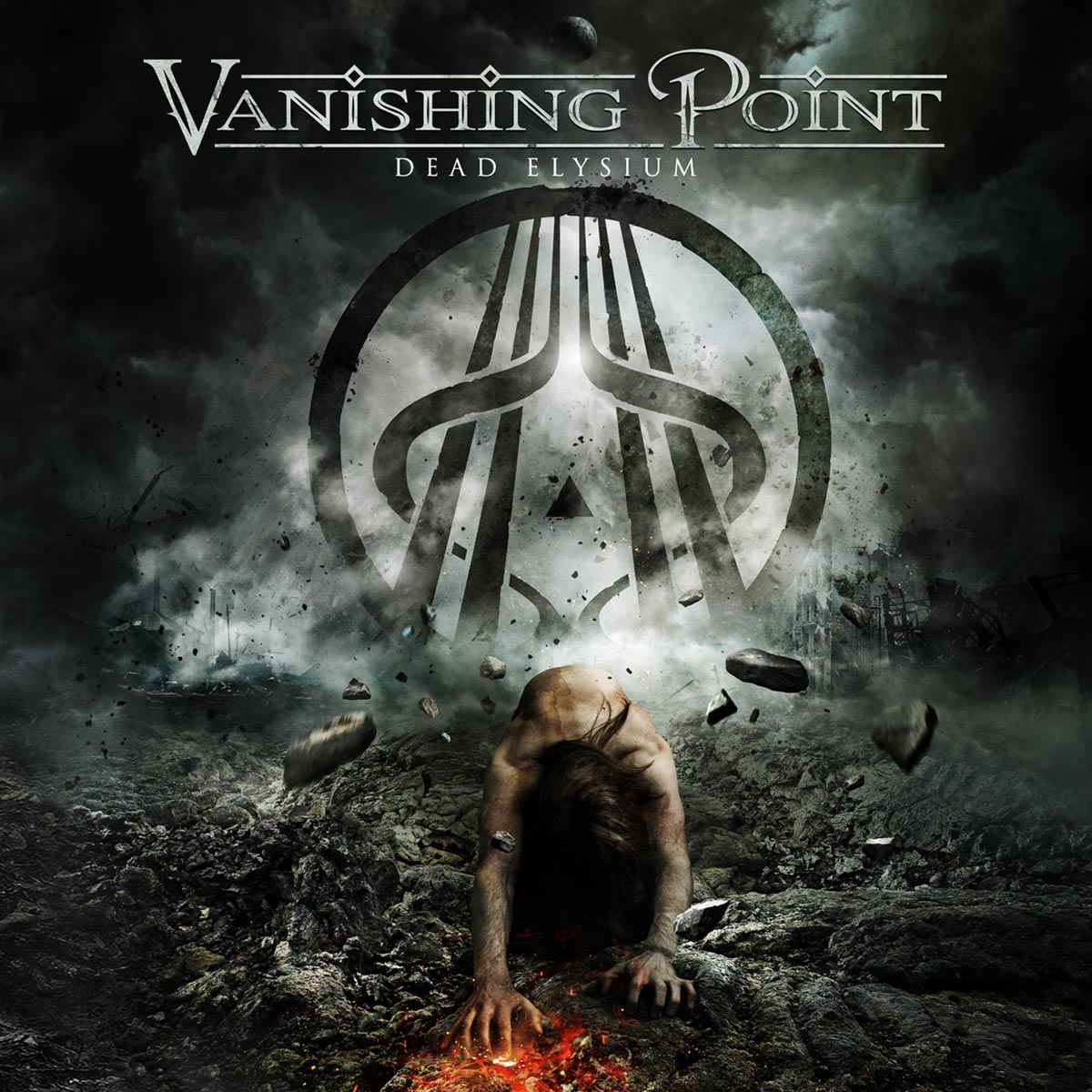 While it is often to be expected that such a long and involved melodic metal undertaking would be adorned with a grandiose yet brief instrumental overture, this album opts for an epic excursion right from the onset. The album’s title song “Dead Elysium” is something of a straightforward rocker with an extended atmospheric keyboard intro, having a driving chug to the guitars that is fairly reminiscent of recent material out of Brainstorm, and a similar penchant for catchy hooks adorning every section. This sort of progressively-tinged fanfare approach to songwriting with a duration just a tad too long for terrestrial radio proves to be the rule rather than the exception as the album unfolds, with the mid-paced stride of crushers like “Count Your Days”, “The Fall” and the spacey brilliance of “Recreate The Impossible” being standouts. If there is any shortcoming to the uniform character that dominants the first two-thirds of this album, it is that the songs are a tad on the predictable side, though the sheer power of Massaro’s voice and some highly expressive lead guitar work does much to compensate for the formulaic structure.

Curiously enough, this album proves to be something of a grower, as the truly exemplary moments come about towards the tail end, with this band coming dangerously close to embracing the power metal association that has long followed them. The closing trifecta begins with a swifter and more riveting romp into melodic grandeur dubbed “Shadow World”, which features a greater degree of speed drumming that leans a bit close to an orthodox Helloween sound. The subsequent continuation of this more animated trend “The Healing” ups the tempo factor a bit further while also laying on some brilliant precision riffing that flirts with a groove-thrashing aesthetic and plays off a highly impassioned vocal performance. But the coup de grace that brings this album home proves to be the closer “The Ocean”, which mixes an animated, up-tempo shuffle with a seafaring atmosphere that parallels power metal’s present obsession with swashbuckling adventure and culminates in the most memorable and riveting performance of this album, if not this band’s whole career.

This is the sort of extremely catchy and highly accessible progressive metal that can appeal to fans across the power metal spectrum as well, possessing both the heavy edge that USPM and German speed metal enthusiasts crave while also exhibiting the rich, melodic beauty that always ropes in the mainline Euro-power trustees. It’s technical enough to occasionally match wits with the adventurism of Dream Theater, though it is much more stylistically unified and shies away from the quirky, genre-bending twists and turns common to said band. The songwriting strikes a very familiar chord, yet has a sort of epic largess that may be a little much for someone looking for a band that likes to keep things under the 5-minute mark. Those that have followed the band for a while and were more fond of their earlier 2000’s sound will find this a clear return to form, albeit one that has slightly less power and is a tad less memorable than their 2000 breakout “Tangled In A Dream.” The afterlife may be depicted as bleak here, but the prospects for progressive metal with a solid sing-along factor, not so much.

An obscure voice from the distant land of Australia returns after a 6 year studio break, laying out an ambitious collection of dense, melodic anthems that blur the lines between 90s progressive metal and the mid-2000s AOR-infused power metal craze.