Ride with the symphonic unity.

While the question of which party is truly the heir of the Accept legacy, there has been a growing consensus that said band’s iconic front man Udo Dirkschneider can lay the true claim to being the continuation thereof via his eponymous solo project. It’s naturally not a settled issue given the recent strides that 3/5ths of the “Balls To The Wall” lineup made in the first half of the 2010s with Rough Cutt vocalist and Udo sound-alike Mark Tornillo at the helm, but the past few years have seen Germany’s metallic answer to Brian Johnson edging out his former band mates in terms of studio output. Perhaps the only missing link in the original chain that tied Dirkschneider to his original band was the occasional fusion of their old school brand of heavy metal with classical music, which has since been re-forged and taken to its logical conclusion with this collaborative effort dubbed “We Are One.”

This studio LP sees a number of auspicious stars aligning, namely that of the German Armed Forces Concert Band providing a massive symphonic backdrop and even some Hollywood-like foreground to Udo’s signature heavy metal grit, and the songwriting prowess of former Accept alumni Peter Baltes and Stefan Kaufmann. The participation of the former results in a sound that is a bit reminiscent of the pomp and bluster that has accompanied just about every Tuomas Holopainen project since 2004, but compacted in such a way as to be digestible for the average 80s heavy metal consumer. Then again, the symphonic elements often seem as a sort of inoffensive window-dressing next to the solid songwriting going on here, which thanks to the efforts of the aforementioned former rhythm section of Accept, has the effect of revisiting the grandeur of “Metal Heart” and the fire of “Restless And Wild” while falling short of an overt throwback.

The epic factor of this offering is on full display from its very inception, often blurring the lines between the old school, quasi-rocking character of Udo’s early days with a newer German power metal sound comparable to the likes of Primal Fear and Gamma Ray which was, obviously enough, influenced by the high period of Accept’s 80s era. Grandiose anthems such as the highly theatrical romp “Pandemonium”, the riff happy and dense “Love And Sin” and the highly dramatic closer “Beyond Good And Evil” could all but be seen as this elite veteran dabbling in the recent symphonic metal craze, save for his weathered yet still powerful throaty growl and shriek reminiscing upon the early 80s. Even when venturing into a slightly more ballad-tinged realm on “Children Of The World”, featuring several prominent segments of an angelic women’s choir, the air of symphonic power is still quite brazen. 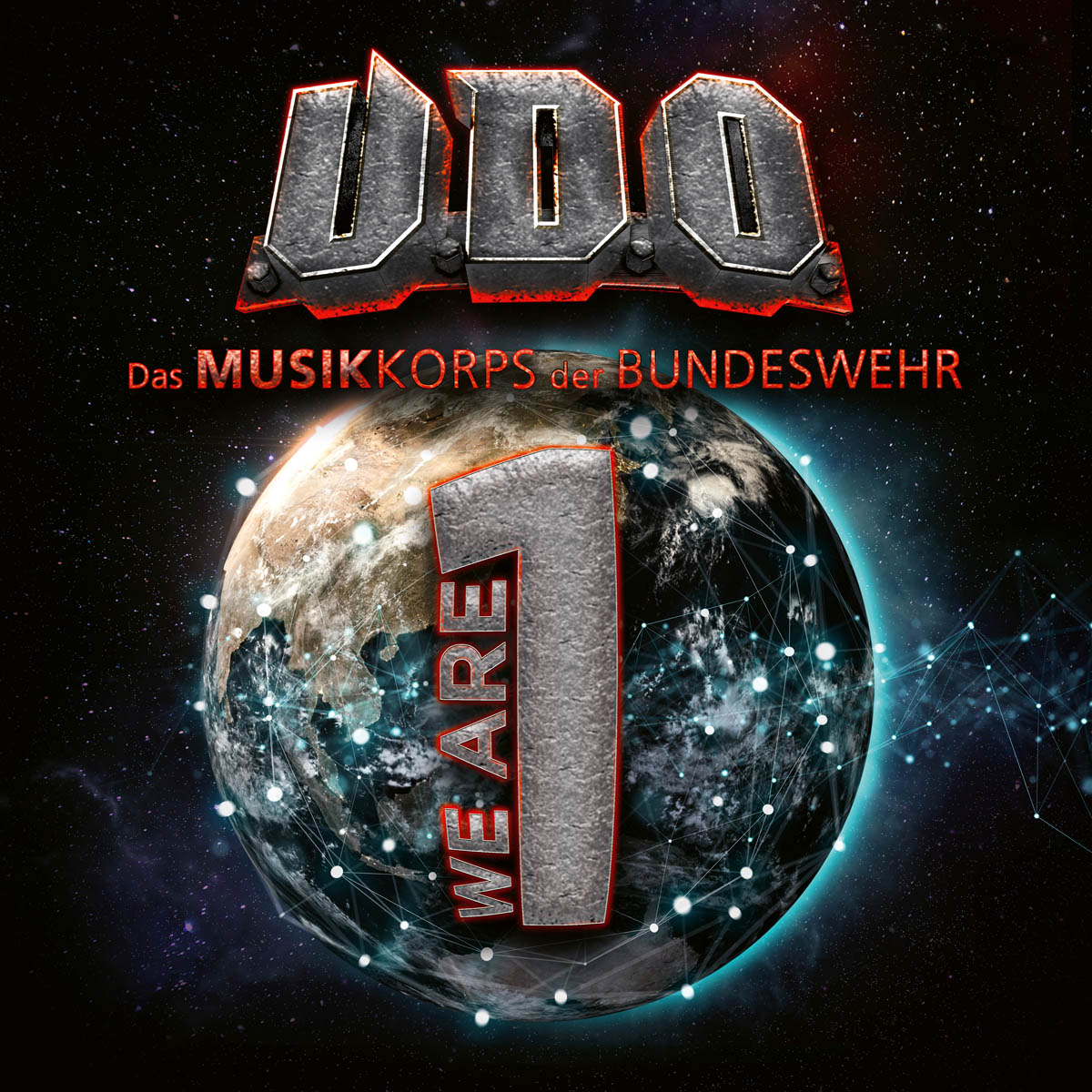 “We Are One” Album Artwork

All that being said, this album has about as many left-turns into territory removed from the typical symphonic metal niche, with the results being somewhat mixed. Heavier and grittier nods to the glory days of Accept such as “Rebel Town” and “Future Is The Reason Why” could have been recorded in 1985 were it not for the blaring orchestra that’s along for the ride, while the speed metal infused monster that is “We Strike Back” splits the difference between the furious intensity of “Fast As A Shark” and the more grandiose power of “T.V. Wars”, the blaring horns and shimmering strings notwithstanding. Things get a little convoluted when “Neon Diamond” brings in an out of place saxophone and the blaring bagpipes on “Beyond Gravity” come literally from out of nowhere, but apart from the goofy jazz-infused, occasionally rapping rocker “Here We Go Again” where things take a total nosedive, the musical landscape is strong and consistent.

Though this may prove to be more a curious addition to any Accept/UDO fan’s collection rather than a long awaited magnum opus, there is definitely something to be said for a project that takes risks, and here they end up paying off. The overall picture that is painted here is a bit more polished and smooth than what Udo and company are generally known for, but despite being a long and involved listening venture, “We Are One” proves to be a worthwhile one. It recalls some of the consequential romantic era composers that have generally been the go to influences for anyone seeking to blend metal with a symphonic gloss, namely Germany’s own Richard Wagner and his Austrian counterpart Anton Bruckner. It has all the majestic trimmings of an epic retelling of some bygone war between formidable foes, and it’s a fitting eventuality that Udo is now sporting those army fatigue pants with the actual army at his back

“We Are One” Track Listing:

Though having dabbled with the fusion of heavy metal and classical era music since the early 80s, it took about 40 years for several of the alumni of Accept to finally take part in a symphonic metallic niche that they had themselves helped to pioneer