History has taught many things wherein metal is concerned, but the most pivotal lesson ever conveyed is that if the art form is to survive and flourish, it can’t be reliant upon the approval of the fickle mainstream masses nor the economic apparatus that caters to their caprices. In the specific case of thrash, this reality applies doubly so, given the carnage that befell the golden era of the sub-genre in the mid-1990s. Nevertheless, it was a lesson that was quickly learned, as within the same time period the European underground was already building the foundation for the style’s re-emergence, with Germany’s Witchburner and Sweden’s Cranium fielding respectable debut offerings in the old style well before the turn of the millennium. What followed was, contrary to popular sentiment, not a monolithic retread of past accomplishments, but a multinational revival that saw a number of distinct subsets of the original style explored and further refined as the new century breathed new life into metal’s haggard lungs.

Perhaps the most curious yet underrated case of this phenomenon was a cohesive movement of blackened thrash metal projects emerging in arguably the strongest focal point of black metal’s 2nd wave, i.e. Norway. To some extent this collective push to revisit the most primitive and aggressive mode of thrash metal was organized, as in the case of the famed Kolbotn Thrashers Union spearheaded by Darkthrone, but overall it was an organic and decentralized revival. Toxik Death stands as one of the earliest proponents of this trend, forming back in 2003, though a number of lineup shifts saw them being slightly less prolific than some of their contemporaries. Nevertheless, of the horses entered in this midnight race, they could be viewed as the darkest of the bunch given their heavier, punchier take on things that leans a tad closer to the mid-80’s Teutonic thrash sound, with a particular emphasis on the seminal offerings of Sodom and Kreator, while still exhibiting that cold, early Bathory-inspired atmosphere.

Though starting almost from scratch with a new rhythm section and lead vocalist, this Sandnes-based outfit does an ample job of not only matching the raw intensity of their 2014 debut LP “Speed Metal Hell,” but surpassing it. The resulting 2020 sophomore smash that is “Sepulchral Demons” proves to be one of the fiercest renditions of rapid fire mayhem to come screaming out of the extreme thrash world since “Pleasure To Kill” and “Persecution Mania” first set the bar for marrying the decrepit aesthetic of early Venom with the thrash one. About the only clear deviation from the orthodox blackened thrash sound here is that vocalist Henning Haugland has more of a hardcore yell meets Tom Araya shouting quality to his approach rather than the obligatory garbled shrieks and barks. That said, musically speaking this is about as dark and twisted as it gets, with the riffs and rhythm section firing off at full intensity and founder/lead guitarist A.W. rolling off some brilliant nods to late 80’s Frank Blackfire. 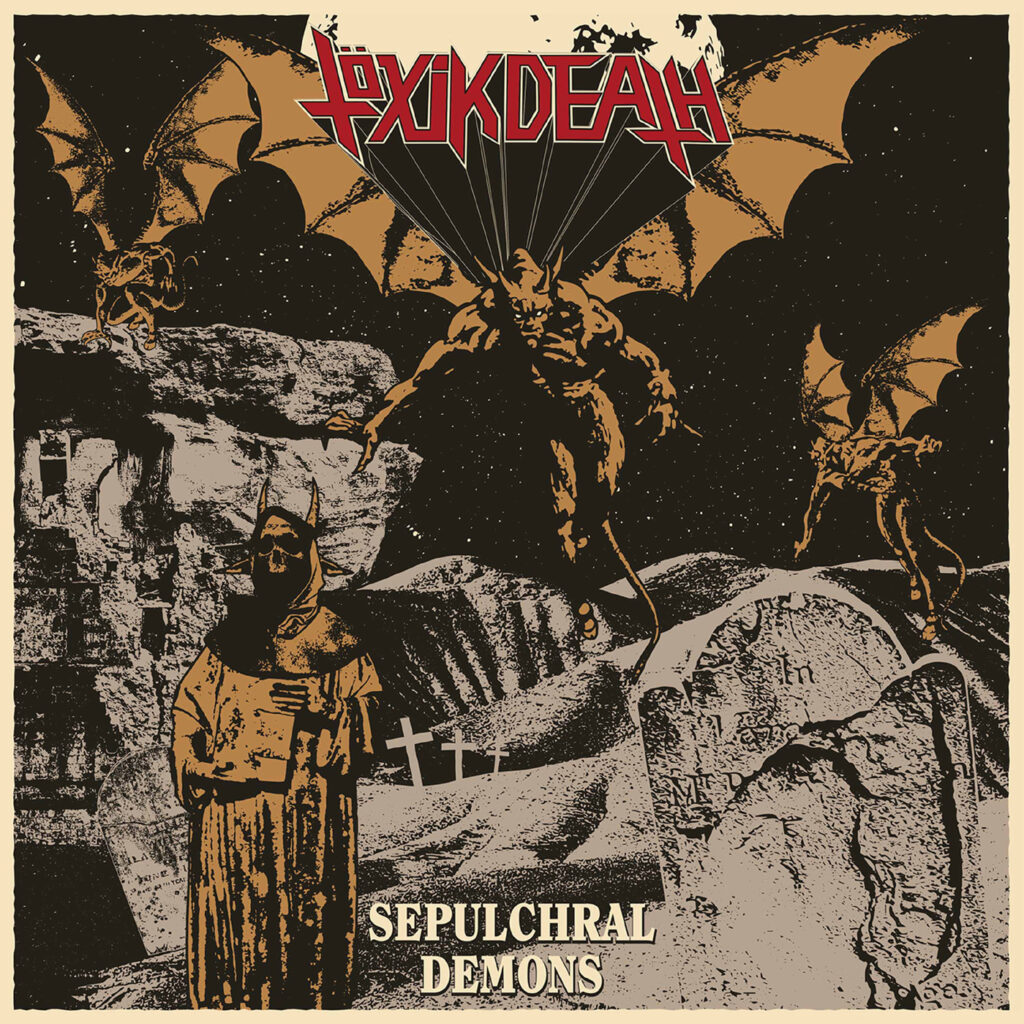 To those who are only casual consumers of the art of thrash and may not have heard the style outside of an 80’s Bay Area context, this all translates into a brand of thrash that is more closely tied to its speed metal roots and opts for a swift and heavily streamlined formula. The vast majority of what is heard on here flies by at neck-breaking speed; with standout anthems such as “Sadistic Sorcery” and “Incantation Of Annihilation” distilling the chaos that dominates 6/7ths of this album’s material to its most potent form, the latter of which features a truly brilliant, bone-crushing breakdown a little past the halfway point that lands on one of the best signature riffs heard out of the Norwegian thrash revival thus far. Meanwhile, the album’s epic outlier “Morbid Divination” showcases a band that is about as capable disrupting the alignment of spinal columns at a slower tempo and building up to a fast apex as they are going for the jugular at full speed right out the gate.

This is geared heavily towards those who like their thrash straight out of the bottle rather than on the rocks, and Toxik Death’s signature spirit here is analogous to a double shot of Everclear. About the only downside to this album is that the riff set being employed is a tad limited, resulting in a number of similar sounding segments that make for a highly stylized experience, but the intensity factor almost completely compensates for this perceived shortcoming. Every moving part of this cold, inhuman thrashing machine is on point, with A.W.’s guitar soloing being a tad more adventurous and flashy than fellow Norwegian black/thrash adherents Deathhammer and Inculter, and ultimately this band’s chief asset. For those who aren’t afraid of a variant of thrash metal that’s a little too dangerous for what made it on the radio during the sub-genre’s original commercial ascendancy, one could do far worse.

The ongoing merger between the denim and leather clad thrashers of old and their darker, bullet belt toting cousins continues to bear decrepit fruit in the frost-steeped tundra of Norway, and one of its most potent adherents reminds us yet again that the primordial brilliance of the mid-80s is just a play click away.