I must start this review by saying I consider myself a huge Threshold follower. When I tripped upon “Clone” for the first time, it was love at first sight. One of the bands still in my bucket list to see playing live, they have consistently crafted an impressive array of progressive metal platters stretching back to 1993, sculpting a peculiar Threshold’s archetypal signature sound permeated by Karl Groom’s easily recognizable guitars riffs, bombastic multi-parts vocals melodies, heartstrings-pulling synth-infused soundscapes and meaningful lyrics: some sort of a mashup between the sonic crunchiness of metal and some pop-loaded sensibilities.

When Andrew “Mac” McDermott left the band in 2007 (to later die unexpectedly in 2011), I felt heartbroken. He played a large part in the story of Threshold and appeared on five studio albums, also singing on numerous fan club releases and live records. I loved his voice dearly and he had such a great personality, it was Threshold’s distinctive voice for me. Nonetheless, they soldiered on and brought back a former singer, the fantastic Damian Wilson (Star One, Headspace), who had sung on their debut “Wounded Land” and third album “Extinct Instinct”. With Damian at the helm, two more albums saw the light of day: “March of Progress” and “For the Journey”. Pulling off what seemed to be impossible they continued to captivate and impress with top-flight infection, gleaming, and polished prog-metal with nary a trace of rough edges or hostility; melodic as hell but anchored in the metal-verse by the guitars, sprinkled with some trippy up-tempo and nifty piano lines. 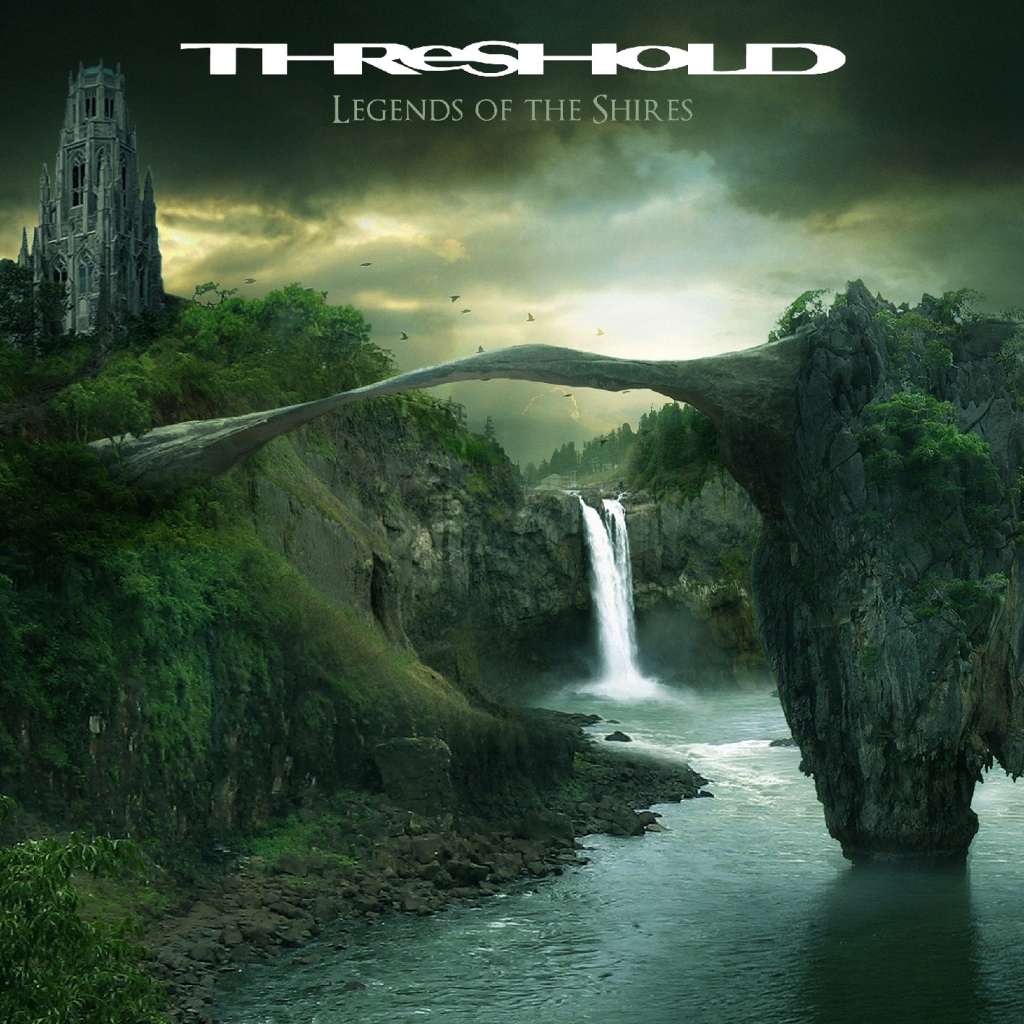 “Legend of the Shires” Album Artwork

However, the surprises from the Threshold’s camp did not stop there. Earlier this year they sort of shocking their fans when it was announced that they had parted ways with Damian Wilson, now for the third time. I was like “what the heck is going on with these guys!”. At the same time, they publicly welcomed their old front-man Glynn Morgan to the fold for the first time since 1993, and offered some clues about their new record: an 83 minutes-long first-ever concept album entitled “Legends of the Shires”, sporting a stunning and ethereal artwork cover created by Russian artist Elena Dudina. A decision was also made to just have one guitarist and reduce to a five-piece, so the line-up was Glynn Morgan (vocals), Richard West (keys, backing vocals), Karl Groom (guitar, backing vocals), Johannes James (drums, backing vocals) and Steve Anderson (bass, backing vocals). But, there was more: they also invited original bassist Jon Jeary in to provide vocals on one song. Jon was in the band for many years, his vocals in the live environment were incredibly important to the overall sound. Upon the release of their first single, the ambitious “Lost in Translation” keyboardist Richard West commented “We’ve made a monster of an album so we thought we should release a monster of a single! This epic really showcases the many sides of our sound and is a great prelude to our album release”. I was genuinely excited again.

“Legends of the Shires” landed the past September 8th, and I’ve been playing it profusely. How does it fare in comparison with their back catalog? Let’s try to describe it without going into a track-by track analysis (so I don’t spoil your first listen). First and foremost, Morgan’s vocals are grittier, rougher mid-range kind and they fit the music surprisingly well. As per the overall sound, this is pure and unadulterated Threshold: a pounding and pulsating rhythm section and fat power chords scattered with flourishes of tasteful and driving keyboards, lots of groovy riffs, sing-along vocals, and song-within-song structures, not overly complicated but deep enough to require several listening sessions. The music comes at you in waves of sound wrapped with gorgeous keyboard ribbons, the melodies lock into your system and the alluring atmosphere is a complex tapestry of multi-layered harmonies, pervaded with philosophical lyrics. There’s enough heaviness to keep it into the more metallic end of the prog-metal realm, enough memorable choruses to linger around your ears for quite some time, and enough variety to make the journey enthralling without flirting with overplaying. Catchiness and flow are shaped in the form of long tracks, heading in the opposite direction of the ego-driven wank-fest we can easily find in the progressive metal spectrum.< 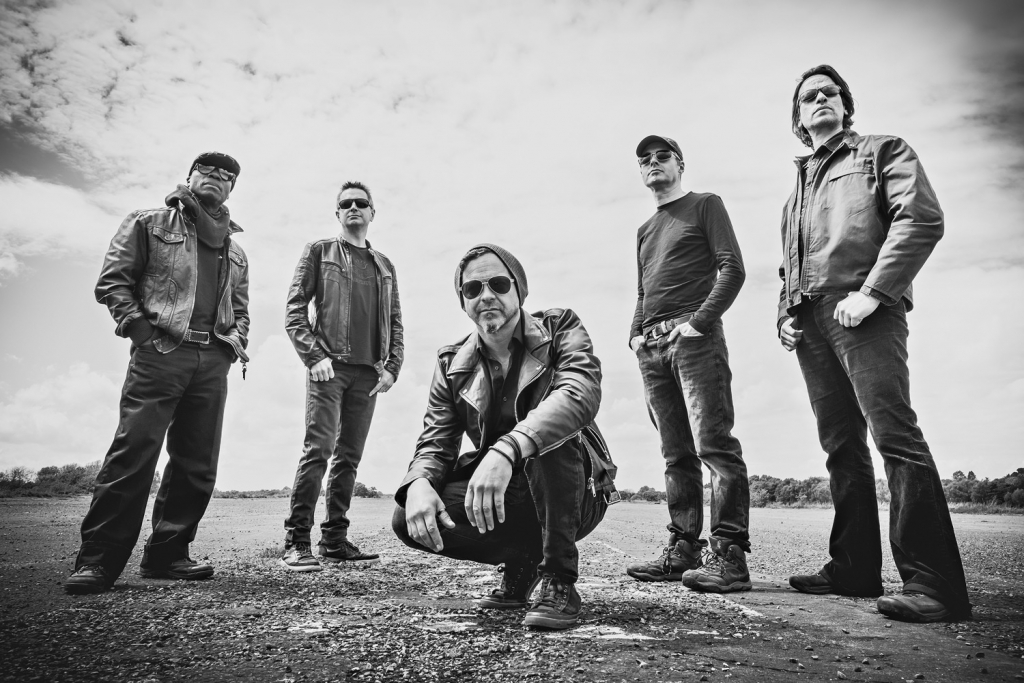 This is by no means a ground-breaking album, and I certainly think they didn’t mean for it to be. As a matter of fact, that is precisely what I would name as my main objection with “Legends of the Shires”: whilst staying true to their sound the band relies a bit too much in an established schema, instead of trying to add a new splash of creative juices to their proven musical formula; and by doing so they bring to the fore the sensation of recycled ideas: you’d swear some structures and melodies are nothing you haven’t heard before as part of their previous body of work. If asked point blank to use a word I’d bluntly say the albums global aura is somewhat foreseeable. However, reality is that finding an act with a completely unheard of musical proposition nowadays is as equally insurmountable as preventing the Army of the Dead from destroying the night-watch wall to venture into the lands of The Seven Kingdoms during the next season of Game of Thrones.

Inexplicable confined to the second tier in the progressive metal echelon despite oozing first-rate writing and crisp, sharp musicianship (a rather common phenomenon which explanation eludes my best reasoning in some cases), Threshold does it once again with “Legends of the Shires”. With exuberant and powerful pieces as “The Man Who Saw through Time”, “Stars and Satellites” and “Trust the Process” the album is truly go-getting and organically balanced. Despite it will not claim the spot for their absolute finest work in my book, it gets my recommendation as an entrancing and immersive musical adventure you should undoubtedly experience. I for one, already added the Nuclear Blast Green Anniversary edition to my ever-growing vinyl collection.

“Legends of the Shires” track-listing: