This is my first exposure to The Wizar’d, and they really make a strong impression. Just check out these stage names and the album artwork! “Subterranean Exile” is a campy celebration of everything old school, and these gentlemen are not afraid to lean into it.

Right from the start, the Australians come out swinging with one hell of a title track. It has everything: an ominous intro, thundering drums, chugging riffs, a hell of a breakdown that leads into a tasteful, understated solo. The vocal melody of the chorus is extremely catchy. Everything comes together as a bold statement about who The Wizar’d really is. I was immediately thinking of Witchfinder General and loving it.

“Master of the Night”, a theme song for their new guitarist Master of the Night I presume, is another high point. It features a few really rocking breakdowns and a high-flying screaming solo, right in that niche where you can’t tell if it’s old school doom or just traditional metal.  Ol’ Rusty’s vocals still feature, but they mostly take a back seat and the music speaks for itself.

Unfortunately, the rest of the album is a bit bland. The rest of the album relies on the Black Sabbath-style “everyone plays the same melody” bit to the point of excess. Unlike the great ones, The Wizar’d don’t have the jazzy influences to make that style truly shine.  As a result, the rhythm section is almost entirely supportive. Drummer Maniac Frodsham and bassist Blackie (*raised eyebrow*) perform adequately, but they don’t make much of statement outside the two previously mentioned tracks. 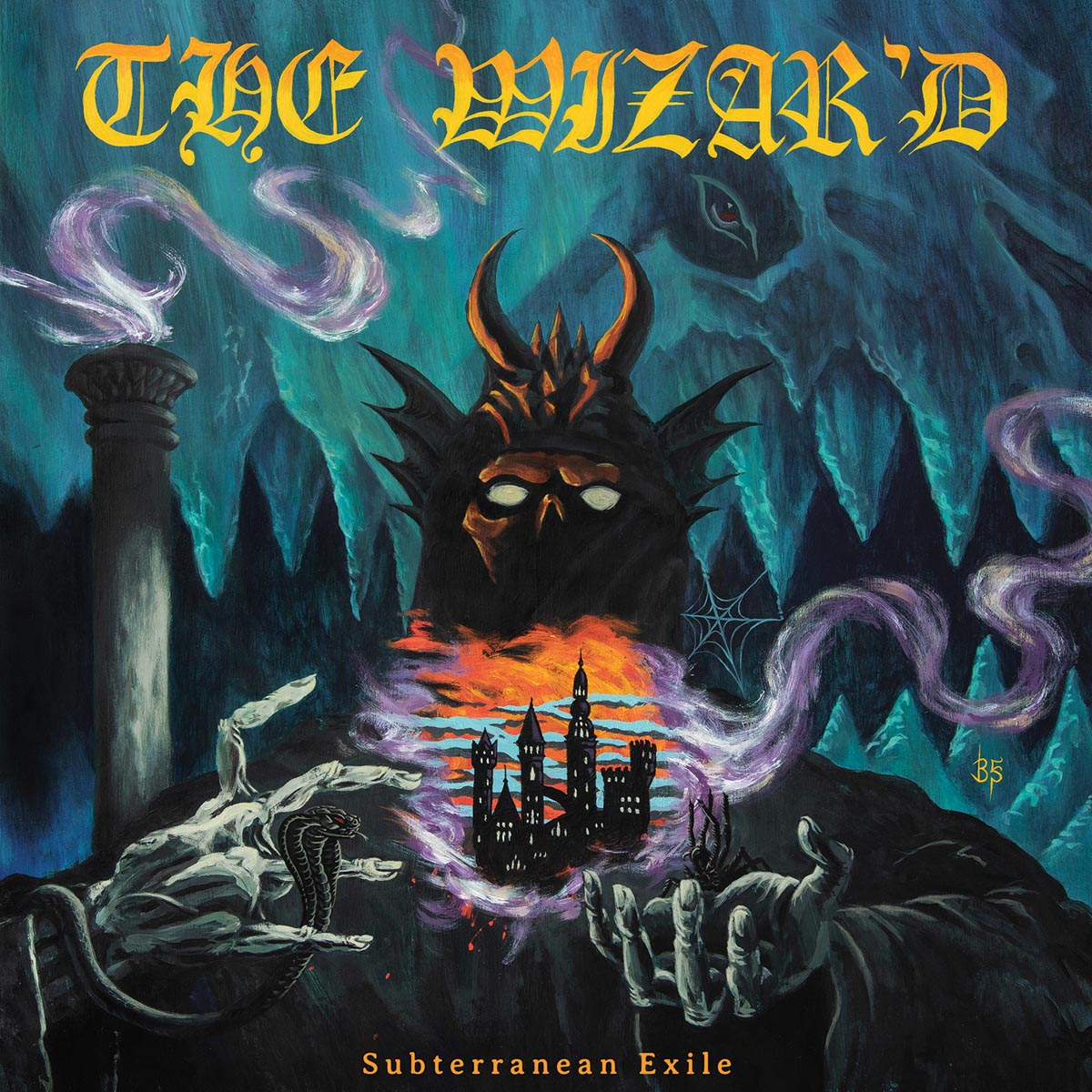 That means the burden of holding our interest lies on the shoulder of the guitars and vocals. The guitars are a perfect example of the genre, and modern production techniques do wonders ensuring that any fuzz is perfectly intentional. The riffs are interesting, heavy, and worthy of being played on repeat, as any true doom riff should be. Ol’ Rusty’s vocals are a bit divisive. He has a wavering wail that immediately reminded me of Manilla Road. He’s not bad at all, even if he relies a bit much on layering himself, and he really matches the occult imagery well in my opinion.  Still, it is clear these vocals are not going to be for everyone.

With “Subterranean Exile”, The Wizar’d take us on a truly entertaining trip back to the primordial origins of doom. They wear their influences on their sleeves and have absolutely no fear of embracing their delightfully cheesy imagery, which only adds to their appeal. Heck, the album closer “Dark Forces” features a quick guest verse by the devil himself. Fans of the style and/or cheese will lap it up, but I wish the band would take a couple more risks. Tracks like “Subterranean Exile” and “Master of the Night” prove that they can show their influences strongly while still doing their own thing. If only they would do it more often.

Australian quartet The Wizar’d have returned with their fourth album, “Subterranean Exile.” While it does occasionally lean a bit too heavily on what’s already been done, the album is chock full of unapologetic worship of the doom metal forefathers and the dark lord himself