Some months back I received an email from a band I’ve never heard of before: “The Lights Out”. Turns out they had seen my review of The Jelly Jam latest album Profit and they kindly asked me to give their album a listen or two. Of course I said I would, but I got badly sidetracked by many projects and yesterday I found the time to sit down and press play. I did not have any expectation based on my lack of knowledge about this band, and I was gladly surprised. But before talking about the music, let’s dig a bit into their history. 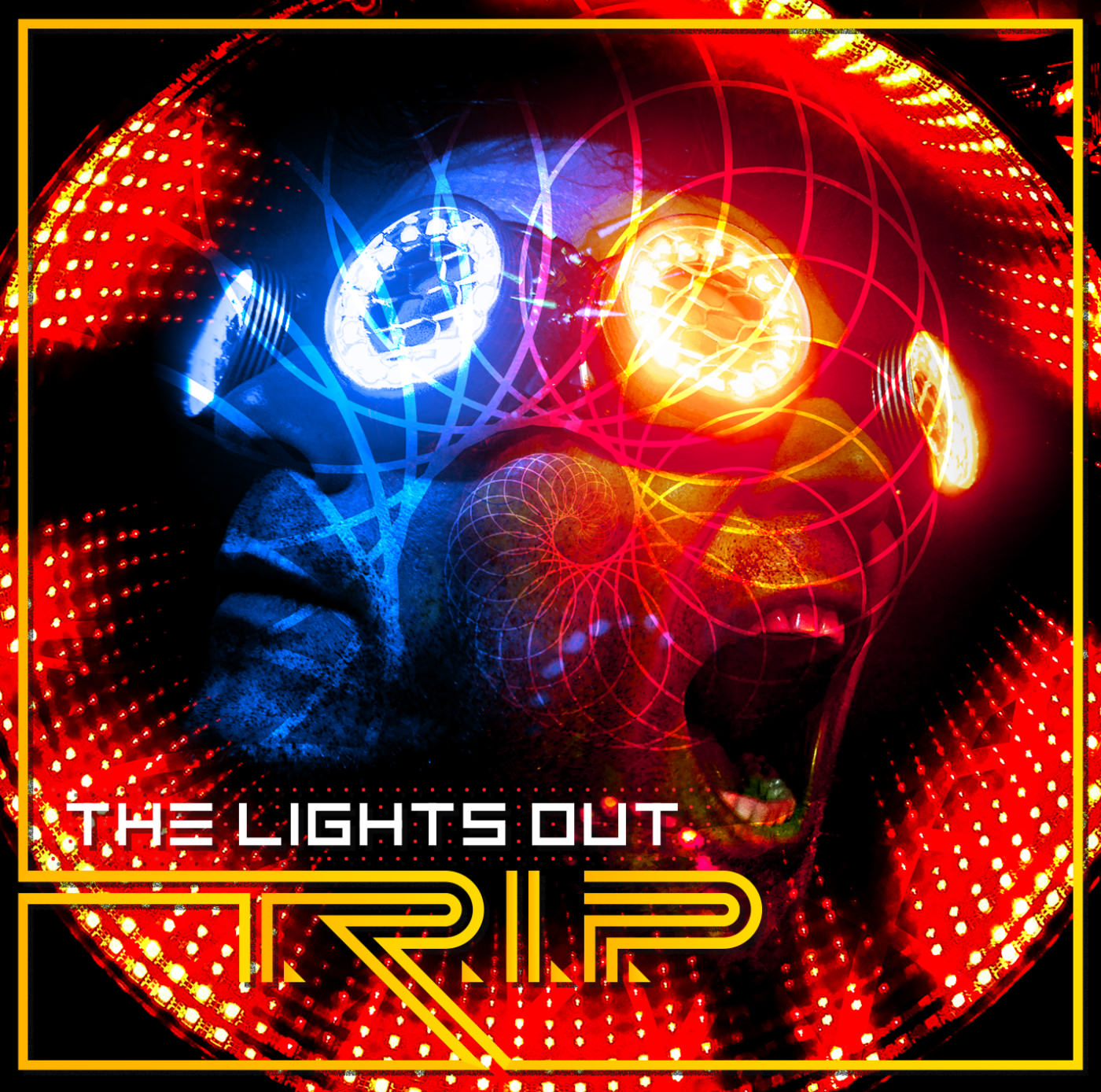 This foursome formed in 2005, in Boston Massachusetts, and the album in question “T.R.I.P” is their fourth effort. The album is about parallel realities, and is synchronized with a wearable light show invented by the band (You can see some pictures at the end of this article). “T.R.I.P.” (which is an acronym for “The Reckonings in Pandimensionality”) was pre-released on November 12 last year 2016 on specially-formulated cans of craft beer brewed by Aeronaut Brewing Co. Yep, you read that right: “It is the first studio album ever released on a can of craft beer”.

You might be thinking “How the heck?”… well, here are some answers. “T.R.I.P.” is based around theories of travel between realities, and each song tells a story related to an alternate universe the band has visited. It’s all aligned with Aeronaut’s Imperial Session IPA, an “adventure beer” with a texture and taste to match the themes and feel of the record, and the way to hear it is to drink it — buy the beer, and follow the instructions. “Releasing a new album feels like throwing a silver dollar into the ocean of the Internet,” says guitarist Adam Ritchie “But people are discovering new and exciting beers on the beer shelf every Friday and Saturday night. We said beer is a format we love, so let’s release this album on a beer.”

Obviously, the album doesn’t echo from the can when you pop the top. Instead, drinkers are encouraged to follow directions on the can, which include a special hashtag and a reply “telling them what an alternate reflection of themselves is doing right now in a parallel world” along with a link to the album. The album is only available through the beer, but The Lights Out will do a traditional release… tomorrow. 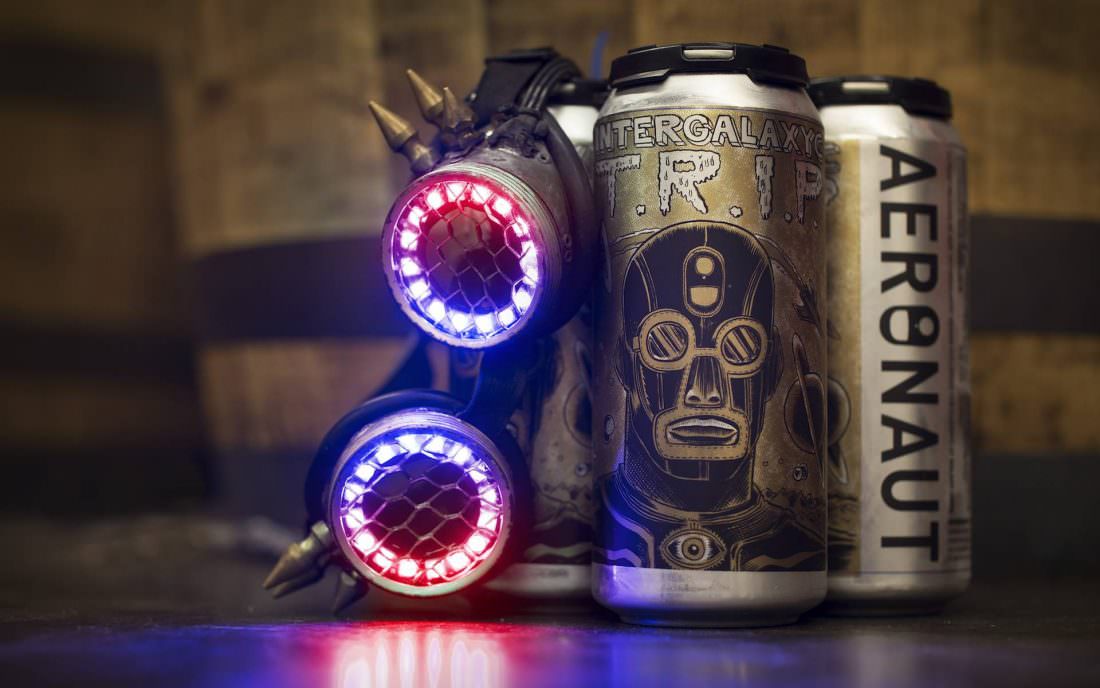 T.R.I.P. is the first studio album released on a craft beer by Aeronaut Brewing Co.

Asked about a deeper explanation, Ritchie said: “Today it’s more common for someone to walk into a beer store and browse through the shelves than it is for someone to walk into a music store and browse through the albums. Even for us, as musicians. Beer shopping is at least a once-a-week activity, versus the maybe once-a-month activity of album shopping. There’s been a shift in behavior. We discover new beer the same way a lot of us used to discover new music — by looking at a shelf and seeing what looks interesting. How often would you take a chance on an album because of the cover? We love the idea of someone running into this album on a beer shelf.” You can’t say he is dead right, can you?

Ok, quite an interesting story. What about the music? It’s hard to find a proper genre to associate the album diverse musical palette with. It such a forthright, wonderfully conceived and well played record, one of those you only need to lay back on your couch and enjoy. From the superb initial harmonies of the title track to the outstanding choruses on “Last American Virgin” paired with some grunge-tinged guitars you are definitely in for a thrill ride full of twist and turns. “Layin’ Down The Law”  infectious vibe will get you singing merely one minute into the track, and “I Dream Of You Again” evolves into such a powerful ballad with some in-crescendo guitars and emotional melodies that I found myself playing it again and again. Maybe the idea of a grungy and sci-fi inspired hard-rock record doesn’t sound too appealing for many, but the chemistry between these talented musicians made a wonderful result. I’m sure, these boys had a lot of fun playing together, and that is in full display throughout the album . All of the tracks included in this 40 min record are so catchy that if they’ll be properly supported they will gain hundreds of airplay hours and recognition beyond expectation.

Anyone out there that sympathizes music that can be at the same time relaxing, sentimental, dynamic and essential will be more than satisfied upon checking this band out. Besides, intense feelings aren’t always generated by distorted guitars avalanches or extraordinaire instrumental workouts. Sometimes you just need to grab the right beer…