Change does not necessitate sacrifice, something that has been proven by American death metal mainstays The Black Dahlia Murder in their most diverse album yet. Slowly evolving their style over the last three albums, “Verminous” is the most dynamic and melodic work that the band has created to date. At no point has the band sacrificed their well-known speed or brutality to achieve this feat, digging in their heels to make an album that is emotional, caustic, and stuffed with infectious melodies. “Nightbringers” was speed and aggression that cut straight to the bone, but “Verminous” takes the time to play with its prey and flesh out the different breeds of darkness that spring from the shadows.

Contrast and dynamic atmospherics elevate the sound that The Black Dahlia Murder has spent almost two decades curating, spitting fire and ice in a singular breath for a sensation that numbs the senses as much as it delights them. Welcoming increased atmospheric indulgence with subtle black metal flavor, flourishes of melancholy thrive alongside the bitter vitriol that dominated prior albums. Vocalist Trevor Strnad maintains his strength as an immovable front-man, howls and screams reaching from the underworld to pierce the heavens without forgiveness. This same might is maintained in “Verminous,” and the contrast created by increasingly melodic instrumental passages give the impression that his vocal role is more critical than ever before. His emotional reach has extended with strikingly pensive inflection, allowing his anger to mix with pure energy for explosive accentuation throughout the album. “Verminous” flows between the razor-sharp brutality that the band has pursued since their formation in 2001 and their newfound appreciation for the more subtle shadows found among the filth and grit.

It is this multifaceted approach which truly allows the conceptual elements backing “Verminous” to shine, the stories within finding a stronger identity with increasingly complementary songwriting. While opening track “Verminous” retains all the signatures of a typical Black Dahlia Murder track, it takes only until third track “Removal of the Oaken Stake” to see the full spectrum stylistic leaps that have taken place. The transition into “Removal of the Oaken Stake” is a slight stutter from the preceding track, entering into a more cinematic realm without a discrete fluidity to aid the richer melodies of newest member and guitarist Brian Ellis. Having been with The Black Dahlia Murder since 2016, “Verminous” is the first opportunity to see Ellis spreading his wings and imbuing his style more directly into each track, building on riffs that clash with Strand’s vocals and compliment his range. 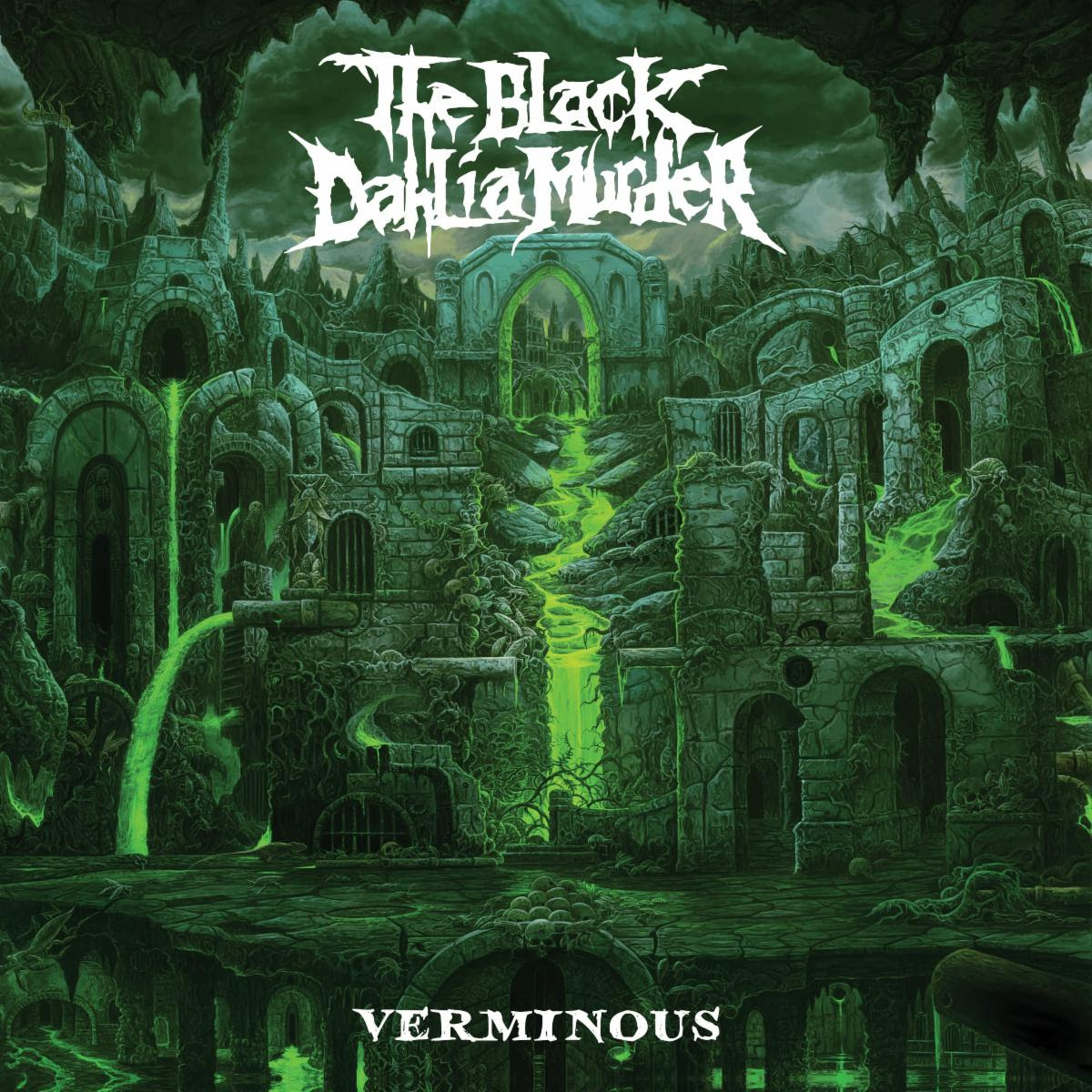 Instrumental passages that grow and swell with a larger presence than they ever had the opportunity on the speed-driven “Nightbringers” steal the show in “Child of Night.” Ellis’s solo on “Sunless Empire” is entirely enthralling, emerging from the fog of Strnad’s howls like a piercing beam of light. This cutting edge of precision crafts an air of insidious intent with a display of both technically adept musicianship and an unquelled creative fire. The same energy of “Sunless Empire” carries over well into the more familiar aggression of “The Wereworm’s Feast,” but the sharp stylistic transition adds to yet another less-than-cohesive exchange between songs. While the overall tone of “Verminous” remains consistent, the increased emotional drive and additional creative elements do not come across as united throughout the album as a whole. While the diversity is strong across the album as a whole, the middle of the album is weighted most heavily with the anthemic, melody-rich works with a more bare, stripped sound taking the opening and closing.

The Black Dahlia Murder has not shirked change, but instead embraced it, taking full advantage of the new creative forces they have welcomed into the fold. A more expressive approach to songwriting has allowed each musician to have moments where they demonstrate skills that were somewhat buried before, including on the instrumental interlude titled “A Womb in Dark Chrysalis” that stands welcome, yet somewhat out of place, as the album’s penultimate track. The use of percussion throughout the album seems more intentional than previous releases, particularly given the more forward role of the lead guitar.

Adopting a new and more refined evolution is a step that has given the band a chance to show some of their less-appreciated colors, but it is one that has not come without roadblocks to a unified opus. The rich fantasy concepts that back some of the critical tracks emerge with cinematic grace and infectious melodies are abound in each of the album’s tracks, proof of a concept which has the strength and creative prowess to thrive as the band continues to move forward. Still, adding bits of melancholy and anthemic power has proven to be a step in the right direction for The Black Dahlia Murder, and is a strong follow-up to the fan-favorites of “Nightbringers.” Above all else, “Verminous” brings the heat with just as much heaviness as ever before, giving up none of their signature brutality to welcome in a new creative era.

The dawn of a new creative era for a well-established artist, “Verminous” is filled with infectious melodies that highlight continually impressive musicianship and bold reinvention. Without sacrificing the brutality that has identified them for almost two decades, The Black Dahlia Murder let their ferocity shine in one of their most definitive albums to date