“Namaste Dickhead”. Well, Ten Foot Wizard certainly did it. With the opening track (and first single) called that way, and the flamboyant cover of their newest album named “Out of Your Mind”, they succeed to draw the attention of anyone who crosses their path, only to find an eclectic and invigorating proposal of refreshing music.

After 5 years wait, Ten Foot Wizard is back with their third album mixed in Brooklyn by Grammy Award-winning producer Nic Hard (Bokante), “Out Oy Your Mind” will be released on July 10th through the band’s own label Beard of Zeus.

It quickly lures attention to the contrast that lies within the title song previously stated. The spiritual connotation of the greeting encountered with the mundane insult reflects the essence of the Manchester band: have tons of fun while making groovy rock n’ roll without taking yourself very seriously.

In this regard, Ten Foot Wizard strikes again with their familiar stoner sound which has evolved to the point of constantly incorporate elements of different musical genres, such as punk, metal, funk, and psych, resulting in an enjoyable extravaganza.

The aforementioned opening track, quickly states what this is all about through its stoned riff that drives the majority of the song until we are greeted with our first encounter of the guttural vocals from guitarist/vocalist Gary Harkin, who throughout the entire album will change again just a few more times between clean and such vocals, providing a sludge atmosphere. 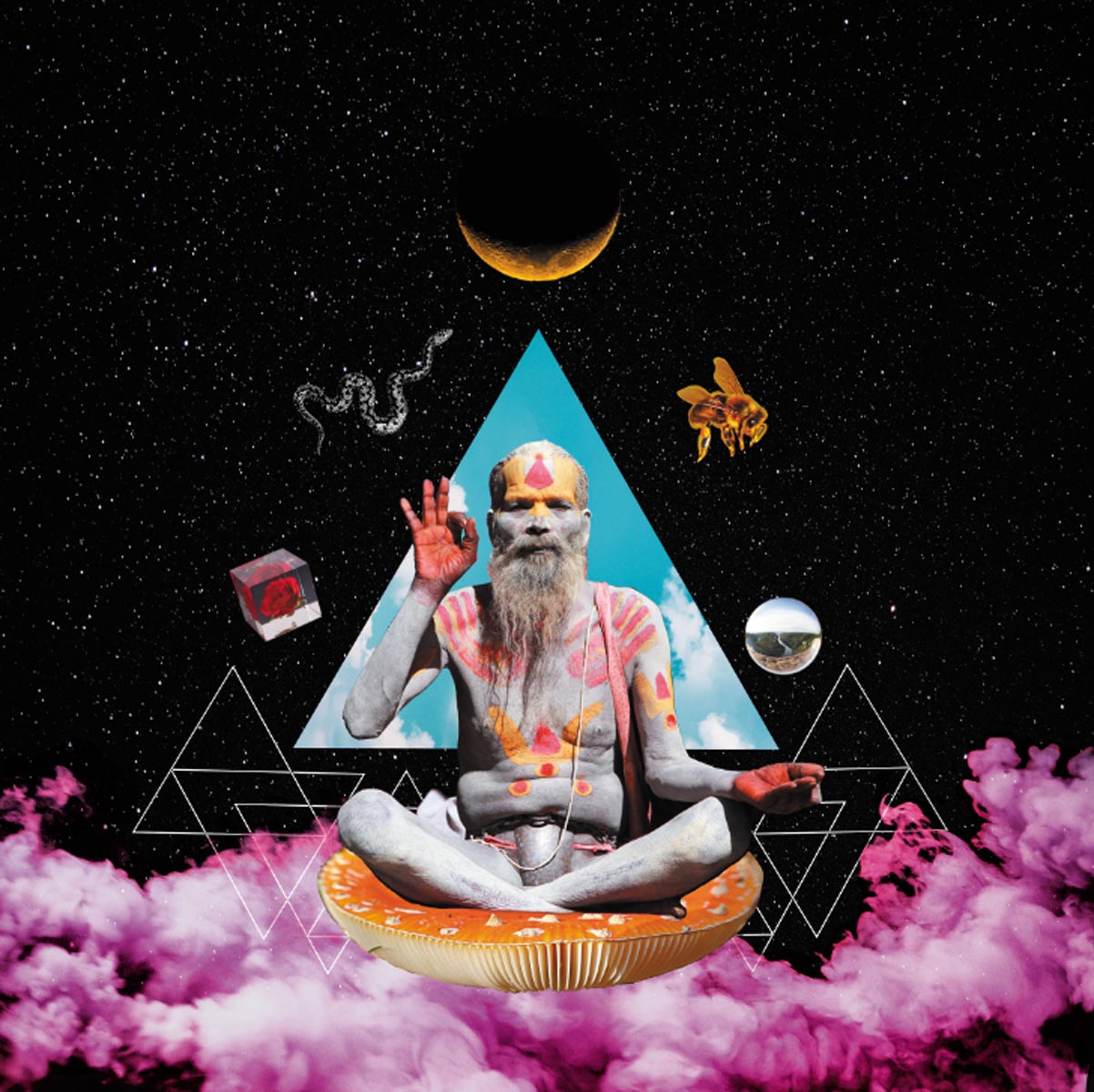 “Out Of Your Mind” Album Artwork

Next song titled “Broken Man” fully introduce us with the psychedelic aspect of the band with distorted guitars in charge of Adam Henry as its protagonist, at the time it switches to a heavier sound, making complete sense to the song’s theme in which a certain man keeps getting pushed to the edge until its boiling point is reached.

The following songs elapsed with clear vibes of acts such as Queens of the Stone Age, Bongzilla, Clutch, and even Black Sabbath or ZZ Top with their correspondent groovy treatment, until we fully entered to an out-of-body experience to the rhythm of the song “Out Of Your Mind”, which gives name to the album.

The track at matter starts with a bluesy riff that tries to calm us so we could embrace the experience, once we managed to be part of it, we will find ourselves surrounded by a psychedelic threshold, which at times might be calm and others would be thunderous, completely driven by the subtle bass lines of Emlyn Spiers and the great drumming in charge of Jonny Banyard.

The other outstanding cut of the album comes in the form of the closing and longest track of the album, humorously called “King Shit Of Fuck Mountain”. Such a song gets enriched thanks to the input provided by Justin Stanton, keyboardist from Snarky Puppy. It is certainly the most ambitious song of the album in terms of its complex structure, the constant rhythm changes, and the sudden time signature variations. Ten Foot Wizard spread their stoner wings, letting their creativity loose within this psychedelic and heavy composition.

Once the album is over, we can return to our minds and feel good about what we just heard. The energy of the band is well received and makes me wonder about how vibrant and agitated their live acts must be.

“Out Of Your Mind” Track-listing:

Ten Foot Wizard hit us hard with all their stoner arsenal through “Out of Your Mind”. The pandora box of heavy psychedelia is open the moment you press play, and there’s not much the listener can about it, but to have a blast while enjoying the explosive and energetic riffs of a band that seems to have a lot of fun while creating compelling musical landscapes