For all that find beauty in darkness and comfort in the dark shroud of sorrow, Sun Of The Dying is sure to please with their vibrantly melancholic sophomore album. Dripping with hollow desolation, “The Earth Is Silent” delivers a profoundly personal listening experience woven by the talents of six seasoned musicians who seem determined to highlight the richness of their creative talents in song. Best described as some derivative of both doom and death, these Spanish metallers have crafted a vividly poetic album that is built on inspiration from darkling influences both modern and classic alike.

Started as a side project of guitarist Casuso in 2013, it took until 2017 for the band to retain a stable lineup. It was in this same year that they released their first album, “The Roar of the Furious Sea,” to a positive, if not somewhat quiet, reception. The band took part in the Spanish W.O.A. Metal Battle in 2018, and went so far as to reach the finals with their death-blighted prose and pianos. Though audiences may often crave the fire of raw intensity pouring down from the big stage, Sun Of The Dying relies on its technical and atmospheric nuance to draw listeners deeply into their work.

“The Earth is Silent” perfectly captures the essence of nature in all of its woe and supposed neutrality, drowning out the chaos of the outside world the moment opening track “The Earth is Silent” lets its first notes fall. Sun Of The Dying writes songs in such a way that they create a well into which listeners fall, where there is no light to seek, no reprieve except to let the music wander into the naked core of their very soul. The opening track is delivered on the wistful, delicate melodies of an echoing piano and the sound of gentle waves washing against an invisible shore. It is a track that is as isolating as it is freeing, an almost silent form of poetry that gives no indication of the sharp guitars or howling screams to come. The tension builds seamlessly into second track “A Dying Light,” which grows on itself both steadily and reliably. Clean vocals, contributed by Eduardo Guilló, float in gently before the drums first make their thundering mark in a downpour of darkness.

Of their many skills, Sun Of The Dying have mastered the art of pacing with a rarely observed precision, both in their speed and in their patience. In the very throes of doom not a single note is misplaced, even when paired with guttural roars that could be mistaken for old gods awakening. “A Dying Light” introduces both harsh vocals and deep bass notes in a way that could only be described as paradoxically peaceful: their entrance is natural in the flow of the song, so much so that they cause no disruption to the more delicate undertones, but are rather a new layer of rich depth for listeners to explore. Devoid of malice or ill intent, Guilló’s growls allow interpretation to rule their impact, creating a balanced duality of both anguish and tortured beauty. Most of the eight-minute masterpiece is devoted to a more thoughtful, funerary pace, but attention is piqued once more as guitars begin to mount in their speed and intensity. After a soaring moment of near silence, the bite of electric guitars crashes with the relentless thunder of Diego Weser’s enduring drums. 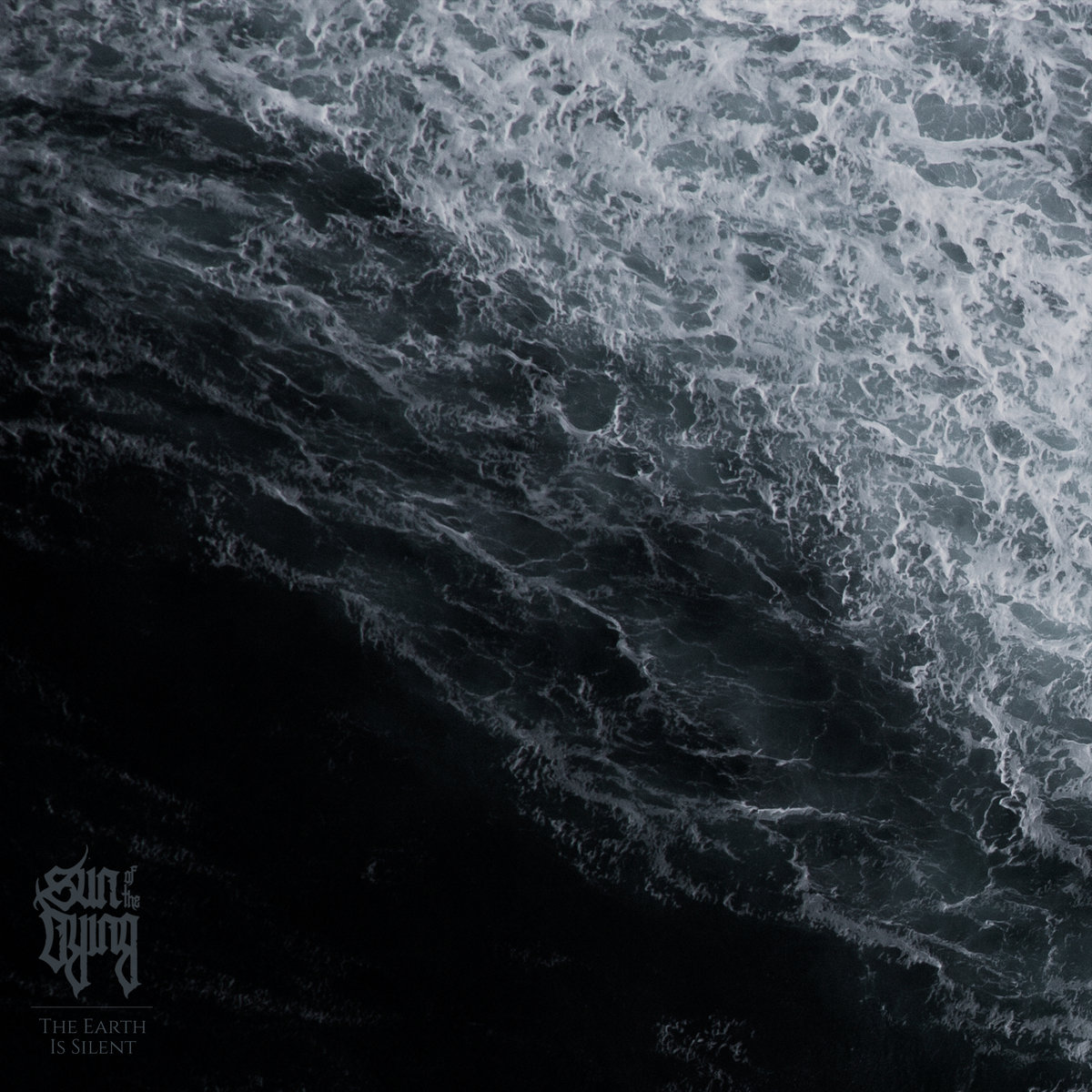 “The Earth Is Silent” Album Artwork

This rapid change of pace is a death-influenced wave of contrast that appears to dominate the album’s two shorter tracks, “A Cold Unnamed Fear” and “When the Morning Came.” While more straightforward in their musical delivery, and a touch more aimless in their songwriting, these tracks tie together “The Earth Is Silent” with a tasteful diversity of style. It is also an opportunity for guitarists Roberto Rayo and Casuso to demonstrate their technical prowess over the strings that build out the album’s more technically demanding moments.

The first two tracks are an exemplary pair that demonstrate Sun Of The Dying’s mastery of songwriting, pacing, and ambience. However, it is the album’s final words that speak the strongest among its imploring corridors of emotion and magnificence. “White Skies and Grey Lands” draws on the broken spirit of metal’s most memorable doom artists, but softens its blow with a tender piano that sings its unbreakable grace. An echoing chorus of clean vocals seems to keen into the abyss, just to echo back with obscured intention. In tracks so slow and thoughtful, it is clear that Sun Of The Dying have put painstaking care towards painting an atmosphere that pulls even the unwitting on an emotional journey.

Sun Of The Dying have poured their hearts into the creation of an album that swells in waves of vocal and instrumental majesty, a sorrow that can be interpreted in such a way that it satisfies whatever the soul may seek. A rare treat for a sophomore album, the songs are written in a way that devotes equal time to instrumentally driven passages, vocally driven passages, and wonderful moments where each come together to compliment their respective strengths. In such slow segments, there is flawless cohesion between each of the reverberating instruments, never lingering too long or faltering. The intentional mixing balances no instrument too high over the other, bringing together an album that is an emotionally empowering work of art that exemplifies the allure of dusk.

“The Earth Is Silent” Track Listing

Sun Of The Dying have made an album that engages with the listener’s innate curiosity of the natural world, and envelopes entirely with richly poetic songwriting. Blending together elements of heartfelt prose, somber doom, and brutal death, “The Earth Is Silent” draws listeners into an atmosphere of unparalleled wonder and anguish. Delightfully dismal, this album is one that is sure to delight the senses and illuminate the grandeur of doom at its most introspective.