An ocean of curiosities emerges.

Occasionally considered a latecomer to the 90s melodic death craze that came roaring out of Gothenburg, Soilwork has subsequently taken a more expansive stylistic path that has seen them grow to similar prominence as the prime movers of the aforementioned scene. Though they tended to play it a bit safe during the early days of their transition into a more metalcore-oriented take on the style, things were taken for a curious loop with the arrival of their massive, double LP “The Living Infinite” in 2013. Subsequent studio efforts have tended to run along similar lines to said album, taking a fair share of stylistic nuance into account when crafting what can be best described as a grooving metalcore meets melodeath hybrid with a dash of progressive songwriting. Their latest excursion into uncharted waters comes in the form of a fairly long EP dubbed “A Whisp Of The Atlantic”, which reestablishes their sound as one defined less by conventionality and more by ingenuity.

Clocking in at over 35 minutes, this might otherwise be mistaken by a fully fledged LP were it to have consisted of more than 5 songs. The general tone and tenor of this entire listen centers around its massive, 16 minute long, epic title song “A Whisp Of The Atlantic”, which proves to be one of the most unusual displays of metalcore sensibilities projected upon a progressive template. The musical interplay that takes place often leads to a series of jazzy moments and quirky ballad-like interludes that hint at a fairly strong Dream Theater influence, which is further bolstered by a massive helping of highly expressive and technical lead guitar moments that heavily resemble what John Petrucci might do in a similar circumstance. Agitated blackened death moments are also spliced into parts of this colossal composition, offering up occasional parallels to Ne Obliviscaris as well, and while the husky clean vocal moments heard out of front man Björn Strid are well realized, it’s his biting growls and shrieks that close the deal. 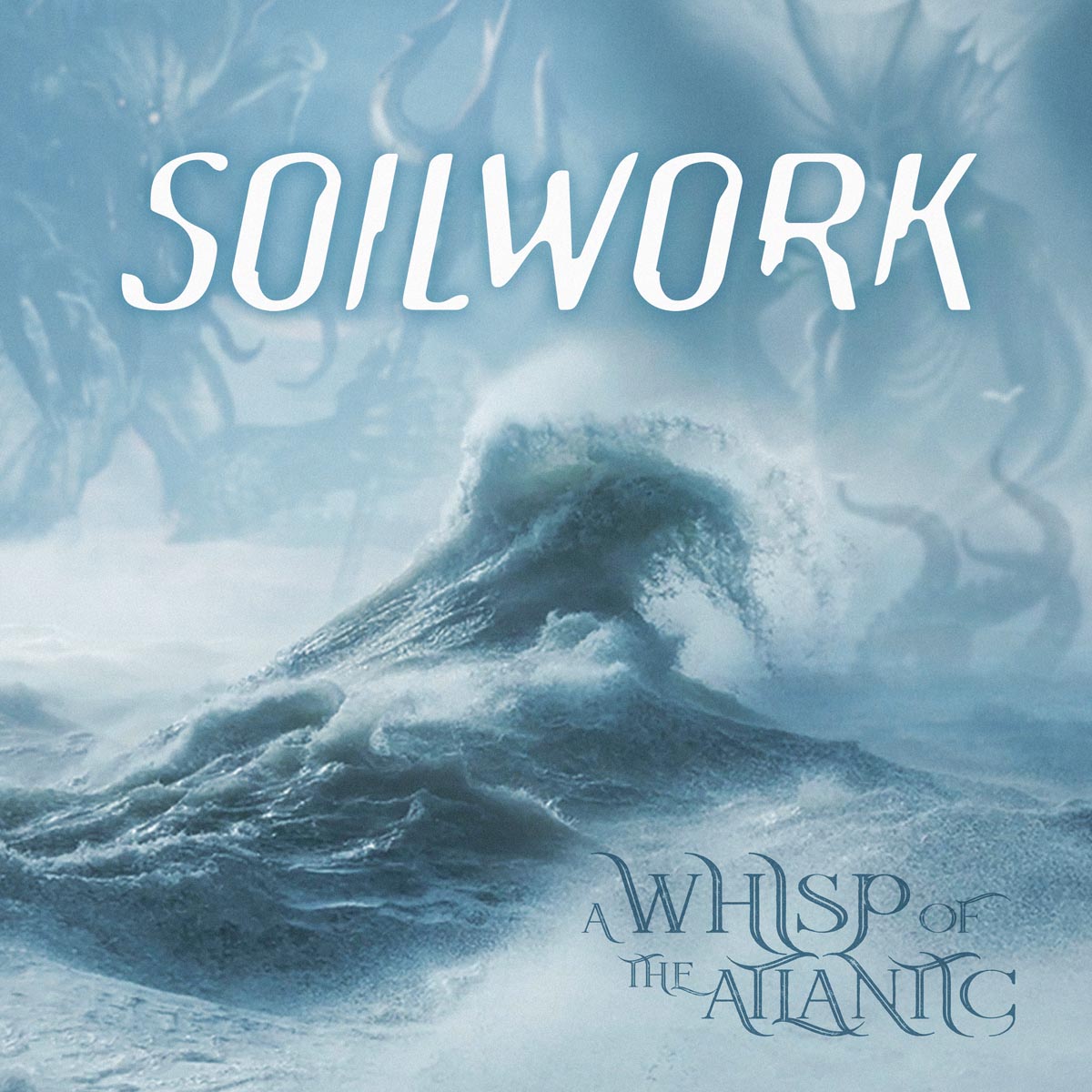 “A Whisp Of The Atlantic” EP Artwork

Though the previously described opening palace of sound basically puts this entire album a cut above what they’ve done in the past 8 years, it naturally doesn’t tell the whole story. One would be remiss not to be impressed by what is a rich, keyboard-steeped return to Soilwork’s melodic death roots with a few triumphant flourishes that is “Feverish”, a song that carries a similarly epic character to the title song, albeit at about one-third the length. The blast-happy and almost Dark Tranquillity-inspired banger “Desperado” is also a solid entry that provides a more easily digestible variation on this band’s highly elaborate take on a style more known for its simplicity. The more groovy and rocking anthem “Death Diviner” also provides a solid chorus hook with a soaring vocal performance out of Strid, though the song’s chief draw is the progressive rocking verse riff which comes off like a missing link between In Flames and Tool, while the power metal-like drive and edge of “The Nothingness And The Devil” closes things off on an even higher point.

As someone who is an admitted fan of the older brand of melodic death metal that this outfit was known for back in the late 90s, I have found myself enjoying their new stylistic direction to a slightly less degree, but this is the sort of album that fully bridges the gap between what made their early material so powerful and their more original current incarnation. About the only thing that works this EP is what can be dubbed the “2112 phenomenon”, which is basically that, like the famed Rush album, the massive opening number is so expansive and so captivating that it tends to rob the rest of the album of its flair. It’s a highly forgivable flaw, and one that does not speak to the consistent quality that this entire package maintains in its individual parts. Pretty much any fan of the atmospheric trappings of Dark Tranquillity and the triumphant drive of a number of Finnish bands in the style will find a winner here, and those seeking a more progressive experience that isn’t slavish to a preset style will also want to check this out.

“A Whisp Of The Atlantic” track-listing

1. A Whisp Of The Atlantic
2. Feverish
3. Desperado
4. Death Diviner
5. The Nothingness And The Devil

From a solid adherent of the Swedish melodic death metal scene to a pioneer in the metalcore arena, Soilwork has emerged to yet again defy conventionality with a miniature epic recording venture that blurs the lines between melodic and extreme metal