The impact that a band such as Soft Machine made during the pivotal heydays of the late 60s and early 70s continues to be felt throughout the progressive jazz rock music world. Perhaps that is why a modern version of the band, starting in 2004, referred to themselves as Soft Machine Legacy. Indeed, for decades before there had been a half dozen permutations of projects by previous Soft Machine members whose names invariable began with “Soft…”: Soft Heap, Soft Mountain, Soft Works, etc… Finally by 2015, however, the ensemble of John Etheridge (electric guitar), Roy Babbington (bass guitar), John Marshall (drums) and Theo Travis (saxophones, flute, Fender Rhodes piano) must have felt they had paid their respects long enough and were now worthy of dropping the “Legacy” tag, especially given that three of them had been members of the band during the 70s and beyond. Soft Machine was officially reborn and released its first studio album in 37 years called “Hidden Details”. From that subsequent tour comes this 2019 live recording featuring a beautifully recorded performance which allows the current band to shine as they took the stage at the esteemed Baked Potato in LA.

Part of the charm of this live recording, and even the studio album that preceded it, are the reworkings of classic Soft Machine pieces in a modern context. Featuring far superior production than the original studio albums, tracks like “Hazard Profile, Part 1” and “The Tale Of Taliesin” sound bright and punchy, boasting inspired performances from the talented quartet. It’s a delight to hear these fresh arrangements so well produced and arranged. An excerpt like “Out-Bloody-Rageous, Part 1” also reinvents the original, as John Etheridge’s smooth playing brings out different elements than the original 1970 version when Soft Machine had no guitarist in its personnel. “Kings and Queens” retains the original’s ambience but trades out the lead melody being played on saxophone for Theo Travis’ sensitive flute meditations, at times incorporating delay loops to entrancing effect. Truly, revisiting and updating the classic material is reason enough for Soft Machine fans to embrace this recording. 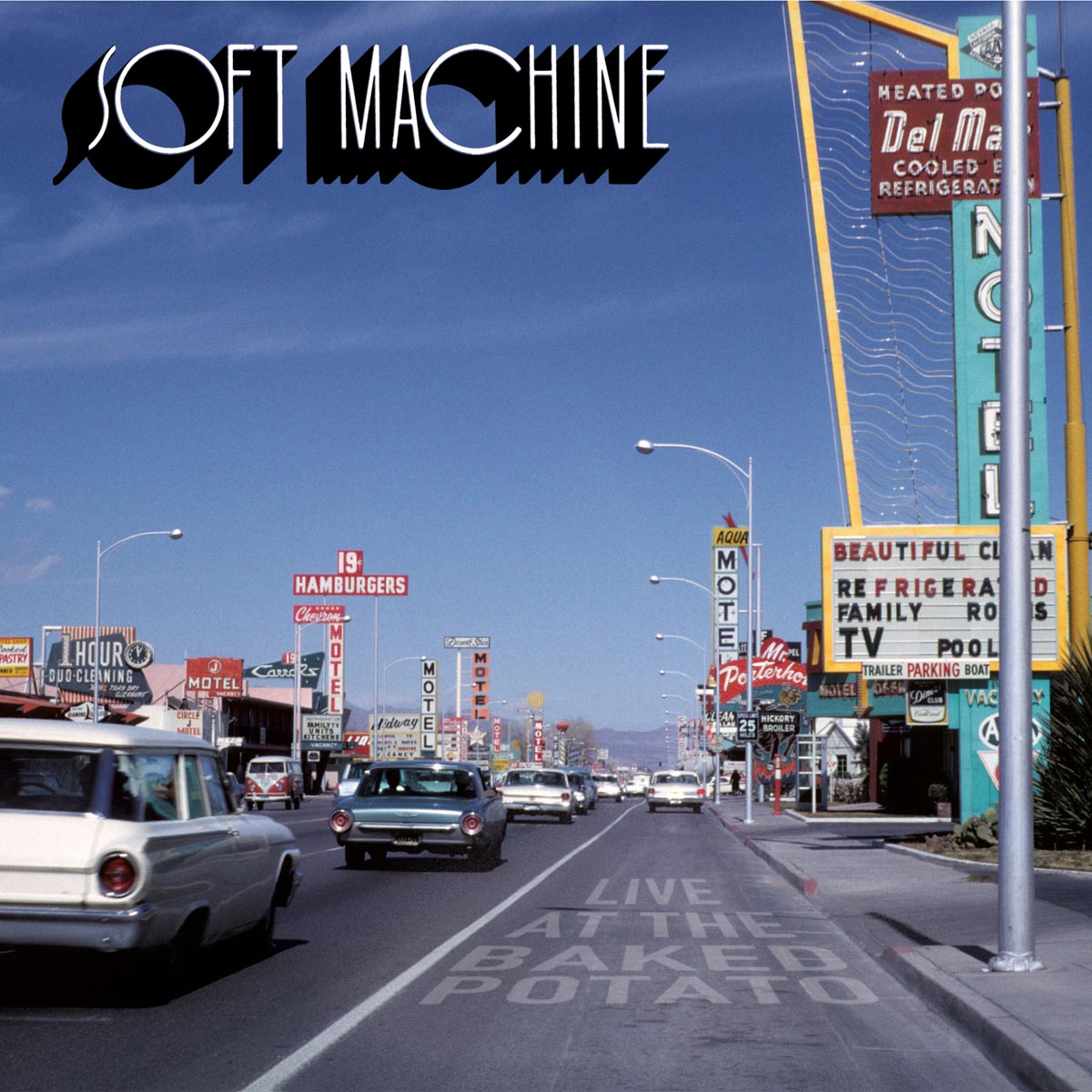 The new material from “Hidden Details” fares equally well. Etheridge’s beautiful duet with Travis “Heart Off Guard” is a moving pause before leading into the sumptuous Etheridge-penned ballad “Broken Hill”, an understated highlight of the recording due to his emotive guitar delivery. Travis also gets his songwriting credits in, from the “Fourteen Hour Dream” which sees him switching between lead flute and supportive Fender Rhodes, to the abrasively satisfying title track “Hidden Details” where Travis’ saxophone and Etheridge’s guitar go head to head. Indeed, it’s tempting to call Travis the MVP of the album, but that would be a disservice to the rest of the band including their fantastic rhythm section where Roy Babbington consistently sets the tone – most notably on key pieces like “Kings and Queens” and “The Man Who Waved at Trains” – and makes the material groove throughout. Meanwhile, John Marshall’s performance beautifully serves the songs, whether on the adventurous workout “Life on Bridges” or in solo section “Sideburn” which leads into “Hazard Profile”. The four musicians are all equally matched, playing with sensitivity and grace, which is likely why this lineup has endured longer than any prior version of the band.

The benefit of listening to a well-recorded quartet perform live is the opportunity to clearly hear how each player offers their own personal brilliance while contributing to the whole. In that regard, “Live at the Baked Potato” is supremely successful. If the listener is a seasoned Soft Machine fan they will undoubtedly enjoy these vital arrangements. Meanwhile, newcomers will find this is a perfectly accessible and satisfying entry point. With a well-balanced set-list, the one hour performance flies by and one has to wonder where the second disc is. The legacy of Soft Machine is clearly intact given its current membership and one can only hope that live performance can return to the world soon to allow these fine musicians to carry on doing what they do best.

“Live at The Baked Potato” track-listing:

Soft Machine follow up their notable studio album “Hidden Details” with a live performance that combines classic pieces with new gems, boasting pristine production and performance. The interplay between Etheridge, Travis, Babbington and Marshall is exquisite. Whether you are a veteran enthusiast of the band or a complete newcomer, this is a recording begging to be added to your collection.