Even corpses have bad dreams.

Metal is something that few can walk away from, though departing from a particular band within said genre seems a fairly frequent occurrence. Among the more auspicious examples of the latter occurring within death metal circles was the exodus of original Cannibal Corpse barker Chris Barnes, if for no other reason than that it was his work with said band that became the most widely imitated. But of near equal significance was the mid-2000s split that occurred within the same band when longtime guitarist Jack Owen decided to exit the fold, initially for an extended stint with Florida death metal icons Deicide. It seemed as if the stars had aligned when it was announced in 2017 that Owen would be joining his former compatriot’s flagship project Six Feet Under, though it would not be until now, in the latter days of 2020, that this reunited duo of death metal progenitors would bear any decrepit fruit in the recording studio.

Following the impressive duo of high grade, death grooving goodness that were 2012’s “Undead” and 2013’s “Unborn,” this band’s output has found itself putting forth a series of largely middling LPs, influenced in no small part by lineup instability. With the entry of Owen into the equation, alongside him taking over songwriting duties in the instrumental department, their 17th studio album dubbed “Nightmares Of The Decomposed” sees an aging collective of death metal veterans regaining some of their former youth. Where before the songwriting was getting a tad predictable and the energy level was tapering off, here the vitality of this seemingly mummified corpse has been restored as busier riffs, flashier guitar solos, and an all around more memorable presentation emerges. Truth be told, the weakest link in this chain is Barnes himself, who is showing his age from behind the microphone after decades of punishment on the road and sometimes sounds more like a wheezing ghoul than a barking hellhound.

Perhaps this album’s greatest asset is the nostalgia factor for the most primitive era of Cannibal Corpse when they were more closely tied to their extreme thrash roots, and Owen spares no expense in taking the audience down memory lane. High octane speed anthems such as the opening crusher “Amputator” and the similarly styled monsters “Self-Imposed Death Sentence” and “Without Your Life” bring on the death thrashing primitivism with a vengeance and almost sound like they could have been featured on “Eaten Back To Life.” On the other hand, generally mid-paced tracks such as “The Rotting” and “Labyrinth Of Insanity” go really heavy on the dissonance and friction, veering fairly close to the horrific sounds and sights that adorned “Butchered At Birth” and “Tomb Of The Mutilated.” At key points during these overt stylistic throwbacks, the guitar solo work follows suit and displays that frenzied, Slayer-inspired sloppiness that was always Owen’s staple during his tenure with his and Chris’ former band. 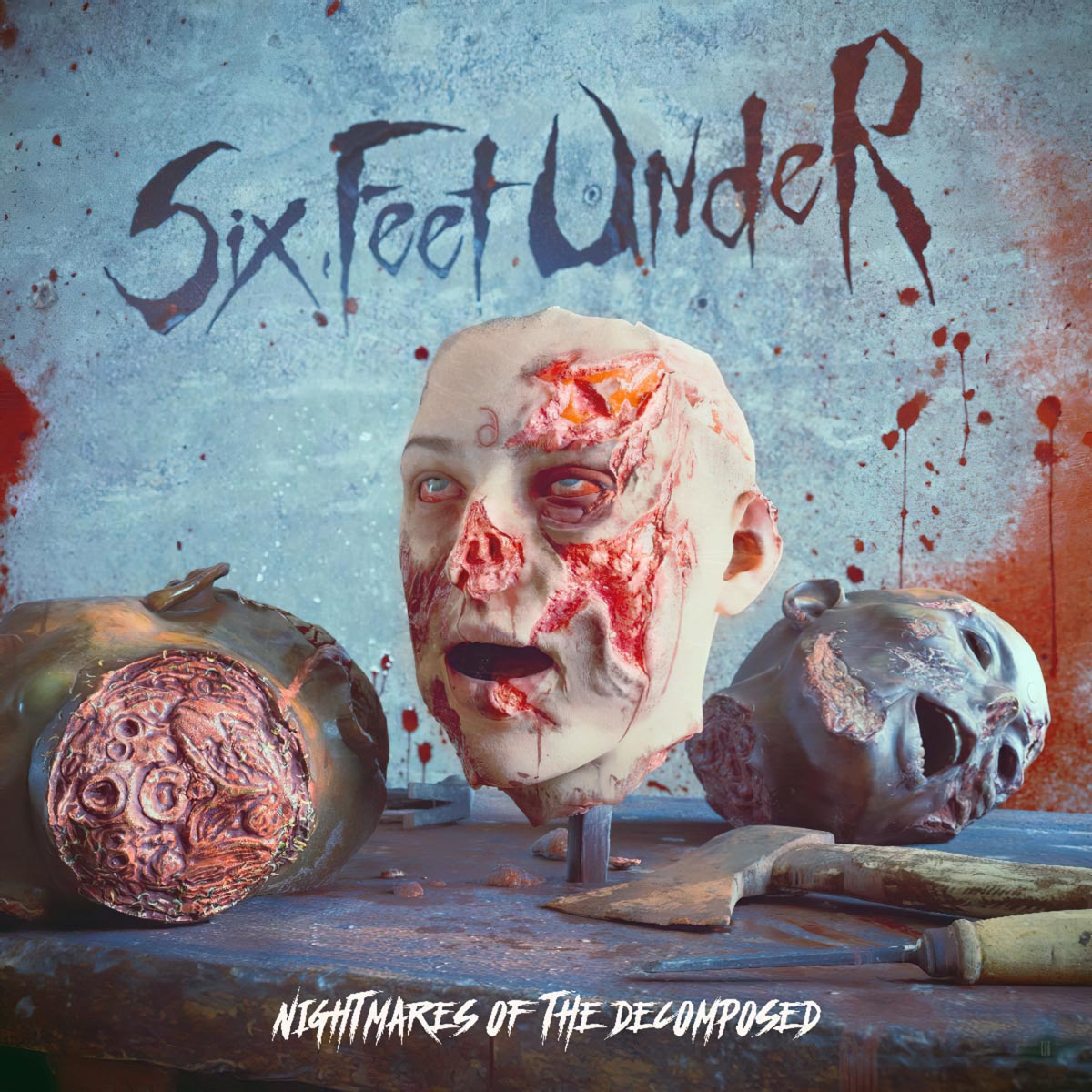 Despite this album’s greater affinity with older death metal practices relative to recent material, it still contains that obligatory level of slower, groovier death ‘n’ roll stylings that have been a staple of this band since their first outing “Haunted” hit the shelves. Infectious, slowed down takes on the style such as “Zodiac” and “Migraine” might as well be primed for modern rock radio save for the morosely sludgy guitar tone and Chris Barnes’ decrepit growls and groans, which tend to be a tad more on point here relative to the faster material mentioned previously. Often treated as more of an accompanying fixture than a featured instrument, the bass work on this album is highly present both in the album’s mix and as an active foil to the guitars, with the mid-paced rocking example of “Blood Of The Zombie” being the most auspicious. Likewise, while his kit work on the more thrashing efforts is highly impressive, Marco Pitruzzella’s slow rocking beats on “The Noose” are particularly memorable.

Though Six Feet Under has generally put a greater emphasis on prolific output than they have stylistic evolution, the level of variety present on this album is fairly impressive given the band’s highly stylized approach to songwriting. Jack Owen definitely steals the show here with his brilliant guitar work and highly creative method of adapting his extended experience with Cannibal Corpse in with this band’s more stripped down and humble formula. Likewise, it can’t be emphasized enough that an album comprised of generally straightforward songs is greatly aided by a needed degree of flash and flair, which the lead guitar work provides in spades once the solo sections commence. This isn’t quite the best thing to come out of Six Feet Under’s arsenal even when comparing the stellar work that the band did in the early 2010s, but if Owen opts to stay with this fold for the long run and ups the degree of old school death metal influences further, this project’s magnum opus may well be just around the corner.

“Nightmares of the Decomposed” track-listing:

King of the gore obsessed and death metal pioneer Chris Barnes’ flagship project returns for yet another session of groovy auditory carnage, now with a compatriot from the good old days to inject some needed adrenaline into this aging corpse.