The lovelorn laments of Scandinavia’s Gothic metal scene were all the rage by the closing days of the 1990s when Tristania unleashed its iconic sophomore studio outing “Beyond The Veil,” an album that all but codified the signature sound of the style as it began to distance itself from its death/doom roots. Though opinions will naturally vary over whether guitarist and songwriter Morten Veland or vocalist Vibeke Stene was the most consequential part in the cohesive whole that delivered said stellar masterwork to the masses, the subsequent exodus of the former from the fold and the creation of Sirenia would see the further development and arguable perfection of this sound on subsequent releases, whereas the remaining fold of musicians rounding out Tristania would diverge away from Veland’s quasi-industrial rocking and symphonic proclivities for something a bit more straightforward. The road that has been trodden by Sirenia since has not been without a few bumps, as an assembly line of vocalists and musicians had all but rendered it a de facto Morten Veland solo project by the second half of the 2000s, with each result varying in quality from an execution standpoint.

Though never really wanting in the metallic department to any major extent, the signature sound of Sirenia has leaned a bit more into the Gothic rock side of the equation than many of their Swedish and British counterparts. The generally groovy yet brooding character that defined their earliest offerings could be likened to a more accessible answer to the classic beauty and the beast vocal styling that was pioneered by Theater Of Tragedy and subsequently imitated by much of the death/doom scene of northern Europe throughout the late 90s, often placing a heavier emphasis on the cleaner side of the vocal equation and also focusing on the peripheral instrumentation associated with a symphonic and electronic-tinged venture. However, more recent offerings out of this outfit has seen a greater degree of traditionally metallic elements ruling the roost, particularly since the involvement of guitarist Nils Courbaron began on 2018’s “Arcane Astral Aeons,” which placed a greater emphasis on deep, chunky guitar riffing and extravagant lead guitar gymnastics. Combined with Veland’s guttural barks being employed far more sparingly and near full emphasis being given to the female voice at the helm, one might be tempted to conclude that Sirenia has fully embraced the current trend of female fronted symphonic power metal.

With the release of 2021’s “Riddles, Ruins & Revelations,” Sirenia’s tenth studio LP to date, the sonic outcome that has been reached is a powerful balance of the past and present. The atmospheric splendor of where this outfit was at their genesis nearly 20 years prior has been maintained, though the employment of sampled chanted choirs and rave keyboard sounds is accomplished tastefully, making room for a more guitar oriented and impact-based approach to the same general style. Driving anthems such as “Addiction No. 1” and “Towards An Early Grave” balance the flowing rush of keyboards and swift drumming with a rhythmically precise set of pounding grooves that occasionally point to a subtle and stripped down answer to Nevermore, while the thrashing speed of “We Come To Ruins” wanders even closer into said territory. For his part, Courbaron’s lead guitar work often drops hints of a Jeff Loomis influence, employing wild sweeping segments and shred-happy solos that further augments an already more agitated take on a somber Gothic rock-tinged template. These are the sort of songs that could have possibly appeared on seminal classic albums like “At Sixes And Sevens” or “An Elixir For Existence,” but didn’t due to the style being less guitar-focused at the time. 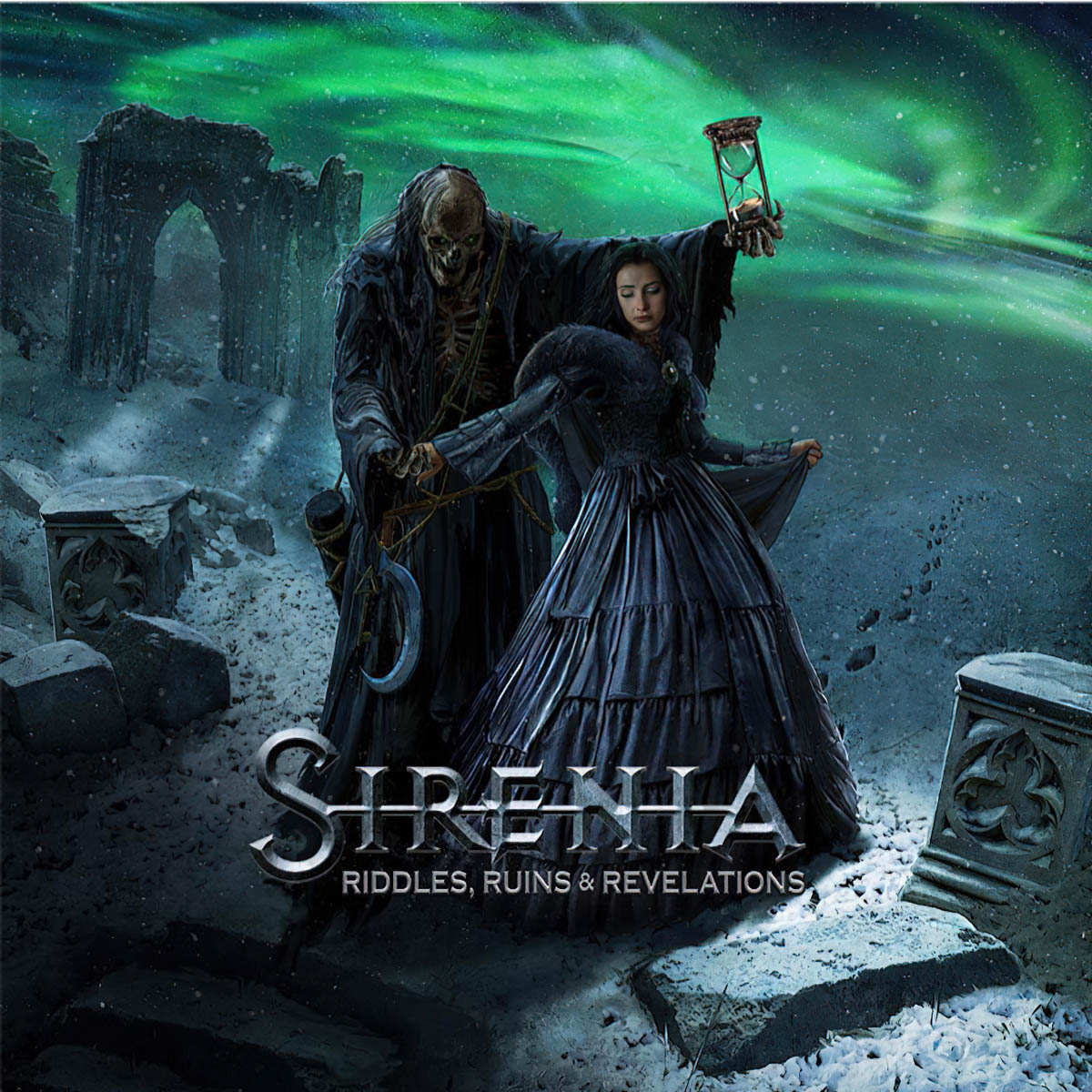 But regardless of whether the approach is a catchy, streamlined grooving anthem with a dense choral overlay like “Beneath The Midnight Sun” or a heavier variant thereof like “This Curse Of Mine”, the place where everything is brought home is the vocal hooks. To this point, Emmanuelle Zoldan’s angelic yet dramatic soprano steals much of the show, offering up a performance that is a tad more forceful than that of Vibeke Stene or Cristina Scabbia, yet falls short of the bombast of most operatic front women after the mold of Tarja Turunen that have been making the rounds for the past decade. Generally the overt bangers that place maximum emphasis on catchiness tilt towards being a one-woman show from a vocal perspective, while the heavier and more elaborate material sees greater participation from Veland’s harsh vocalizations to draw out that signature counterpoint that more consistently defined Sirenia’s sound during their early offerings. It falls just a tiny bit shy of the magic that this outfit originally stumbled into with Fabienne Gondamin as a session singer and subsequently continued with Henriette Bordvik, but there are some definite high points to this album vocally that haven’t been hit in the years since.

While this album is anything but a middle of the road experience, from a purely stylistic standpoint this is something that finds itself nestled pretty comfortably between the slow bleakness of the 90s Gothic metal sound and the more quick-paced and impactful character of female-fronted power metal. It wouldn’t be much of stretch to see an old school fan of Theater Of Tragedy or The Sins Of Thy Beloved finding common ground with someone more amenable to the more commercial stylings of recent output by Within Temptation and Xandria wherein this album is concerned. Likewise, it can’t be emphasized enough the degree of impact that lead guitarist Nils Courbaron has on this album’s sound and development, opening the door for those normally predisposed to power/prog to give this album a chance. With the growing number of old school death/doom bands making a comeback of late and bringing the older ways back into prominent after a period of dormancy, it’s a welcome contrast to see one of the older guard taking a more expansive approach to Gothic metal orthodoxy while still maintaining its key tenants.

Norway’s prince of all things Gothic and dreary, Morten Veland opts to take his flagship project down a more riff-happy, impact-based path on his latest excursion into the realm of symphonic sorrow.