Few nations have more proudly carried the banner of heavy metal than that of Germany, having been heavily steeped in it since the dawn of the 80s and being one of the safest havens for it during the Grunge craze of the 90s and the ensuing anti-metal backlash that came with it. Though names like Scorpions and Accept are most often associated with the early 80s when said nation was formulating its response to the NWOBHM (the former predating said era by a little over a decade), Sinner proved a fairly prominent early entry into the scene and have since been a consistent purveyor of the art for almost 40 years. Named for the latter half of Mattias Lasch’s stage name Mat Sinner, it’s a band that has been about as firmly rooted in the stylistic influences of Judas Priest as Accept, though over the years the band has seen some evolutionary steps that have found them in a fairly unique disposition as the 2010s draw to their inevitable close.

Having been highly involved in the business side of heavy metal with Nuclear Blast and supporting a number of projects geared towards the present metal generation, this band’s bassist/leader has brought some unique trappings into 2019’s “Santa Muerte”. Perhaps inspired by the recent trend of utilizing multiple lead vocalists spearheaded by the likes of Amaranthe, Allen – Lande and Kiske/Sommerville (the latter involving Mat Sinner himself), this album finds the regular services of ex-Hollow Haze vocalist Giorgia Collelouri being employed to bring a bit of a Doro-styled attitude to this otherwise testosterone-heavy outfit, alongside a prominent guest personalities such as Ronnie Romero (the voice accompanying Ritchie Blackmore’s revived version of Rainbow) and current Thin Lizzy vocalist Ricky Warwick. Given the assorted names under consideration, one wouldn’t be too far off in speculating that the musical results might be similar to a number of Frontiers Records projects cropping up over the past decade.

In essence, this is more of a power metal-like rendition of old school heavy metal, being based more in the riff-intensive template of Judas Priest, but accompanied by a more vocal-heavy and harmonically rich instrumentation that’s more in line with recent outings by Primal Fear and even Running Wild at times. It’s a subtle distinction as the bulk of the songs on here have that sort of driving, yet largely either speedy or groovy punch factor that is more of a staple of heavy metal, with cruising anthems like “Shine On” and “Last Exit Hell” leaning in an almost Painkiller direction, while the crunchy goodness of “Fiesta Y Copas” and “Craving” has an almost arena-like iconic 80s rock/metal edge to it. Upon closer examination, however, the melodic scheme of the chorus sections and the propensity for layer harmonized guitar themes has that sort of post-Helloween flavor of the mid-2000s that permeated much of Magnus Karlsson’s various projects. 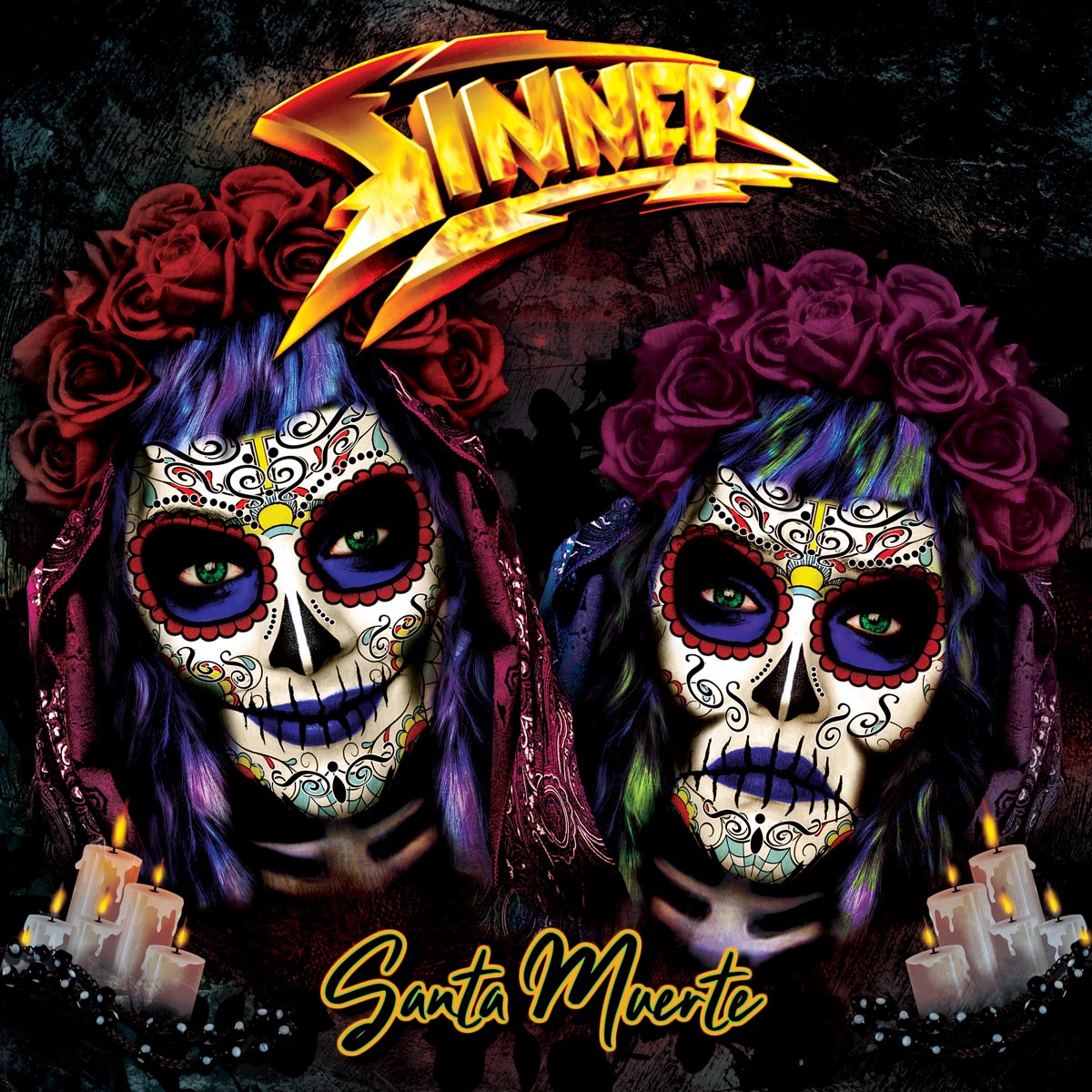 Nevertheless, the generally uniform dichotomy of rudimentary heavy metal with either a speedy or hard rock root or a power metal melodic tinge does give way to a few feats of stylistic eclecticism that are a bit atypical of the current German metal paradigm. Perhaps the most obvious digression is the droning bluesy anthem “Death Letter”, which could all but pass for an early 90s Tesla or Warrant offering and features Collelouri channeling the soulful bluster of a number of old school blues vocalists and Magnus Karlsson himself channeling Stevie Ray Vaughan during a guest guitar solo slot. A similarly blues/rock infused groove machine dubbed “Misty Mountain” finds a tad more of a driving character to it, while the closing ballad “Stormy Night” offers up a haunting atmospheric keyboard intro with a Celtic flute tune frolicking about before launching into a shuffling, hard rocking meets power metal celebration with Collelouri’s attitude-drenched voice oozing power over every second her voice is present.

If there is any Persian Flaw in this otherwise impressive mixture of elements it is that the combination of all the various vocal personalities and contrasting stylistic elements makes the album come off as a bit schizophrenic, or at least more along the lines of a various vocalist project after the mold of Magnus Karlsson’s Free Fall or Ancestral Dawn. It’s well in line with a healthy number of projects that Mat Sinner has been either directly or indirectly connected with since his exodus from Nuclear Blast, but compared to Sinner’s back catalog it’s a fairly different beast. But apart from some old school 80s fans that may have been under a rock for the past decade, this is something that is stylistically par for the course, and offers a plurality of memorable anthems and solid musical performances. It’s maybe a tinge lighter and more predictable than Herman Frank’s most recent studio LP, but it’s in similar overall territory and gives both him and his former compatriots still in Accept a run for their money