Every now and then, you come across a band whose inspirations are immediately evident, but somehow manage to maintain their own identity. Sometimes, you can even unwittingly identify their origin. “Lithification” immediately struck me as the doing of disciples of Canadian giants Kataklysm and Quo Vadis, and wouldn’t you know, the deathly duo called Samskaras are honorary Québécois.
One of a growing number of metal bands who look to Eastern mysticism for inspiration, singer/guitarist Eric Burnet and eight-armed drummer Alexandre Dupras have churned out three solid releases over their scant four years of partnership, and this just-released EP proves to be a comprehensive primer for one of the most exciting new death metal bands to emerge in recent years.

“Lithification” explores the relationship between anger and self-control. Does what we experience make us stronger, or change us into something we no longer recognize? Introducing itself with a disquieting midtempo alternating groove, “Reconciliation” is a showcase for Dupras remarkable coordination and timing and for Burnet‘s frightening riffwork and menacing roar: not quite brutal death, not quite tech death, but rather a vehement hate-child of the two. Taking a cue from the fathers of death metal mysticism, the mighty Cynic, Samskaras‘ frightening viciousness on “Reconciliation” belies Burnet‘s introspective lyrics. We may hear an Americana tune about raping, murdering, and dismembering a young girl in a cheap motel, but its expected soundtrack instead ruminates: “Seldom are we gifted with redress or vindication/ Rather, in confusion our foes besmirch our names.” Nice curveball, guys. 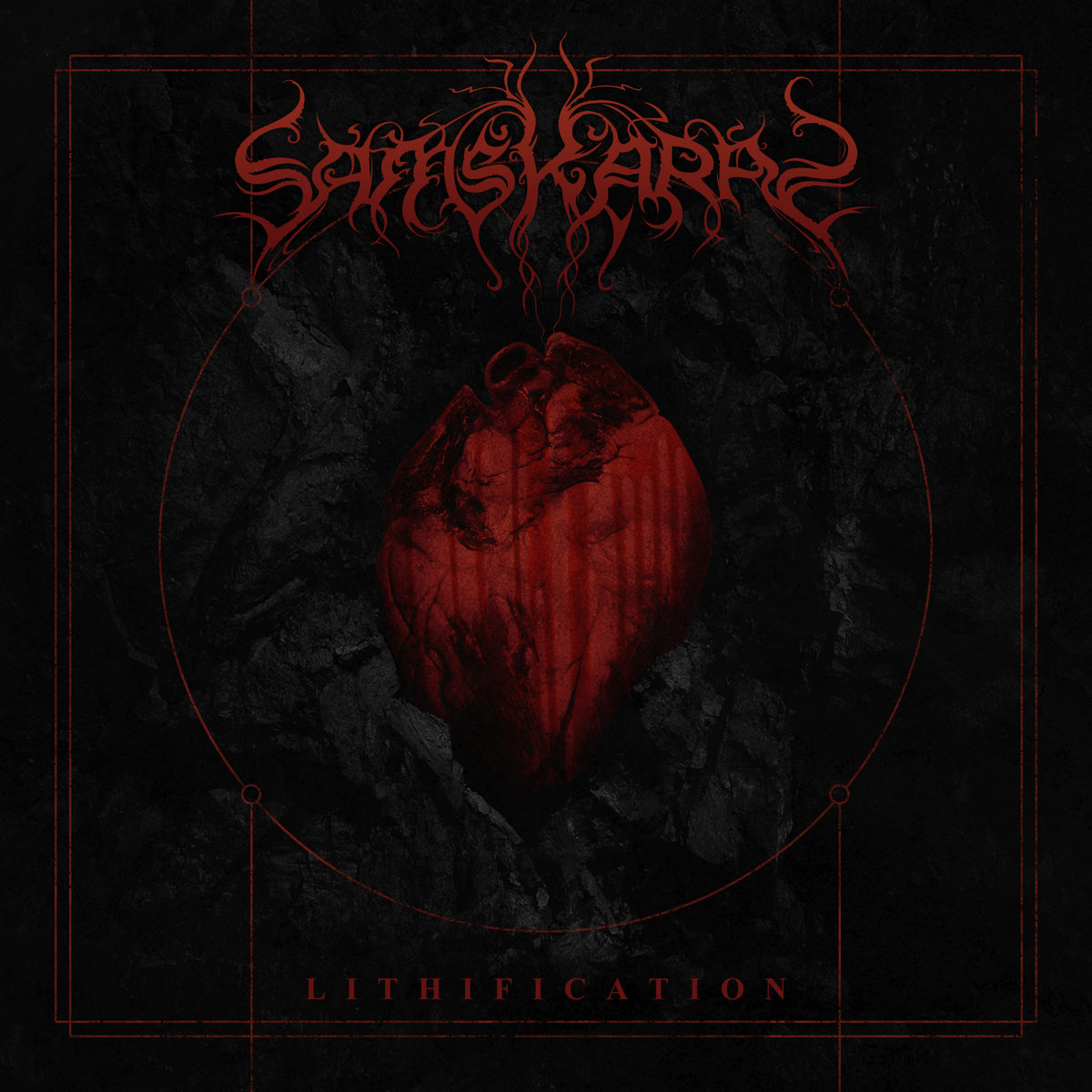 “As Warriors” hears Samskaras at their more urgent, portraying an inner battle between the primal urge to destroy, and the conscious desire to rise above one’s own basest desires, highlighted with a gentle acoustic passage before yielding to the song’s innate rage. “Alignment,” on the other hand, reads as both a mantra and a meditation while never yielding the sonic sphere to the psychological armistice Burnet clearly depicts. The EP ends on with the frenetic “À Deux Mains” (“With Two Hands”), another exercise in technical complexity that obliterates the notion that the French language can’t be brütal.

With the heyday of the New England scene firmly behind us, could French Canada be the North American Gothenburg? “Lithification” leaves me thinking that might well be the case.

Think prog-death started with Death and ended with Ne Obliviscaris? Think again. Samskaras are out to prove that the lofty and the merciless can enjoy more than one kind of union