Destroying the galaxy with mathematical precision.

If there was a single title that could sum up the mad roller-coaster ride that has been the 2010s, it would be the decade of independence. This isn’t so much to say that all of the most consequential metal of the decade has been fielded exclusively by independent artists per say, but more so that the ebb and flow of musical trends that has dictated the availability of certain sub-genres since the 1970s has given way to an era where consumers can easily access the music they’ve come to love. Naturally how this state of liberation from the tyranny of major labels and rock radio, brought about primarily by the worldwide web, expresses itself has varied to no small degree; from the revival of old school death metal and early 80s traditional heavy metal, to the otherworldly progression and technical excesses that have come about on the extreme fringes of the genre. Perhaps the most unique of the latter phenomenon is the rise of a new style of hyper-technical extravagance from the 2000s extreme metal offshoot dubbed death-core, spearheaded by California-based Sci-Fi and shred junkies Rings Of Saturn.

As the now closing decade has progressed, this band’s music has grown more bizarre, often obscuring the lines between where metal ends and the rest of the sonic spectrum begins, and their fifth studio outing “Gidim” has been no exception to this rule. The album’s name itself carries the usual esoteric tendencies that have come along with the ride since their sophomore effort “Dingir”, drawing this time from the ancient Sumerian cuneiform word for ancient ghost, a fittingly abstract title for an album that is extremely difficult to pin down. It brings along the usual assortment of harsh vocalizations and pulverizing heaviness that one would come to expect from a typical deathcore offering, sometimes even reducing itself to a djent-like stomp amid a sea of neo-tonal shred runs and bizarre computerized ambiences. There is an underlying method to the madness on display, often times with obvious recurring themes, but the sheer technical display that oozes from every moment often obscures the transition points and leads one to assume that only a scholar of mathematics could hope to make sense of it all.

If one truly wished to reduce what this album sounds like, it would be somewhere in the neighborhood of a cathartic explosion of elements heard out of prominent tech. death outfits of the previous decade Necrophagist and Braindrill (both sadly defunct) alongside some of the melodic and cartoonish underpinnings of DragonForce. Yet even when considering the veritable infinite regression of possibilities within the technical paradigm, these elements constitute only part of the whole musical picture, the rest consisting of a mishmash of genre-bending elements that parallel the handiwork of Dream Theater and Revocation, occasionally even delving into the Finnish variant of melodic death metal. Atop the cacophony sits guitarist and mastermind Lucas Mann, who could be dubbed the Steve Vai of deathcore; cutting and splicing wild lead guitar passages, bone-crunching blast riffs and an assortment of off-kilter musical segments like a mad scientist concocting formulations and letting the monstrous results roam freely amongst humanity. 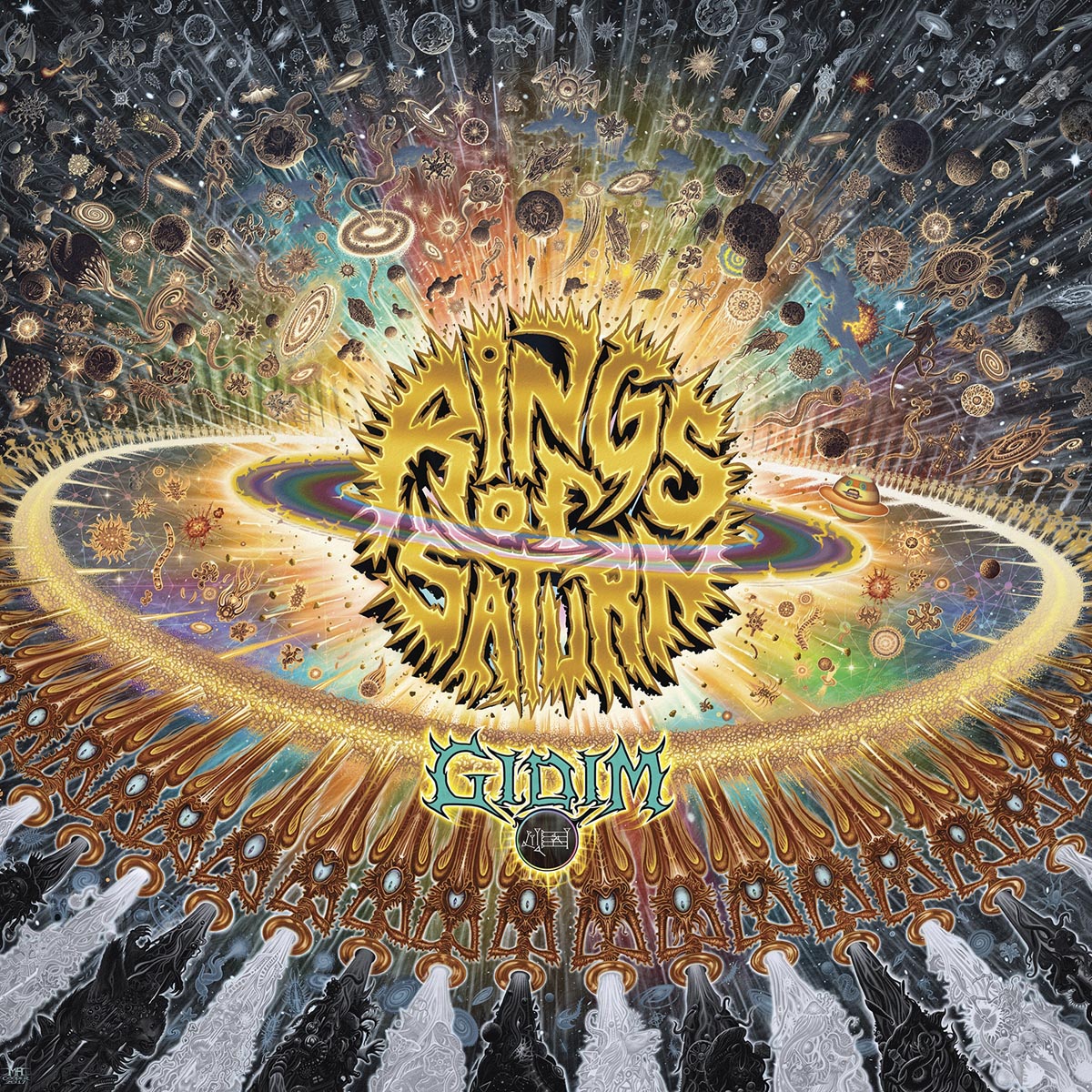 It would be a fool’s errand to deconstruct every single bell and whistle at play in this massive musical undertaking, but there are some auspicious moments that stand out a bit more than the rest. Curiously enough, many of these occur in conjunction with guest scream/vocal talent being brought in to complement the barely intelligible ravings of Ian Bearer, such as the shred-happy fit of cosmic chaos “Hypoermis Glitch” with former Infant Annihilator front man Dan Watson providing some additional guttural detailing, and the bass-heavy djent-machine with a complexity factor to baffle the best and the brightest of mathematicians “Tormented Consciousness”, featuring vocal newcomer Yo Onityan trading shouts with Bearer. Then again, arguably the most gripping moment of this series of supernovas set to music is the otherworldly excursion dubbed “Mental Prolapse”, which has all of the usual twists and turns through Dream Theater on crack and Meshuggah contemplating astrophysics, but veers into this brilliant melodic segment that is right out of an early 2000s Skyfire or Kalmah anthem.

As with any tech-obsessed outing; this album naturally comes with the caveat of being an acquired taste. While it checks off all of the essential boxes for making a great tech. death inspired romp, it is so utterly blatant in its approach that it will probably sail clear over the heads of most mainline metal enthusiasts, much like Steve Vai’s more virtuosic offerings have tended to be the preferred poison of a very niche and exclusive audience. What it may occasionally lack in coherence it makes up for with a youthful exuberance and highly original take on things, yet it ultimately comes off as fairly typical to anyone who has already taken the plunge and experienced on of this band’s previous albums. In fact, the song that comes the closest to being single material from this LP “The Husk” hearkens back to the earlier part of the decade during the “Dingir” sessions and also includes a guitar solo that Mann composed before forming this project. Perhaps there is truly nothing new under the sun, but this album will definitely serve to convince all who hear it otherwise.

Closing out a decade of stretching the very limits of not extreme metal, but the very concept of extremity, deathcore’s most unique offshoot offers up yet another interstellar opus of genre-bending, mathematically convoluted mayhem