When inspiration strikes, an artist follows the call. So when Jon Courtney started writing material that felt more akin to his old progressive rock unit Pure Reason Revolution, he quickly got in touch with co-conspirator Chloë Alper. The band hadn’t made an album in nearly ten years, having initially made a splash with acclaimed debut “The Dark Third” in 2006, followed by two albums that headed more in electronic and pop directions. There would have to be good reasons to re-form the band after a long absence and so Courtney decided to reach out to original guitarist Greg Jong who ultimately helped to co-write half of the album. Whether it was this collaboration in songwriting, or some aspect of absence making the heart growing fonder, “Eupnea” is a triumphant return which just might be the best Pure Reason Revolution yet.

Most of the album is performed by Courtney and Alper, with drumming capably handled by Geoff Dugmore. All the necessary elements are here: beautifully intertwining male and female vocals, spacey Floyd-influenced jams, hard-hitting walls of electric guitars and electronic forays that maintain a modern-edge. Most importantly, the foundation of each track is grounded in strong songwriting with plenty of hooks and variation. It sounds good at first spin but continues to grow on the listener until the realization is made that this will be in many listeners’ Top 10 of the year.

The album is a well-balanced blend of three long-form pieces and three shorter songs. Although all six tracks carry considerable strength, it is undoubtedly the longer ones which will serve as the focus for most listeners. “Silent Genesis” carries just about everything one could want from PRR: a gorgeously etheric initial three minutes followed by strong melodic verses, a keyboard groove (Floyd’s “Echoes”, anyone?) and finally a guitar onslaught that will delight latter-day Porcupine Tree fans. Released as the initial “single” of the album, the band risk revealing the high point of the album too soon. Fear not, the other two mini-epics keep this level of artistry riding high. “Ghosts & Typhoons” highlights the strength of these two singers, with Alper’s voice soaring over top and Courtney providing the lower foil amidst an intoxicating arrangement. At times the swooning nature of Alper’s vocal lines is almost too much to bear, but then the attack of heavy guitars, bass and drums brings the piece quickly back down to earth. Seriously, for anyone still mourning the passing of Porcupine Tree, this is the antidote. Title track “Eupnea” is also the longest on the album, another finely arranged piece that hits a similar range of dynamics as the previous two, but still feels original and engaging. With over a half-hour dedicated to these mini-epics, Pure Reason Revolution is clearly batting three for three. 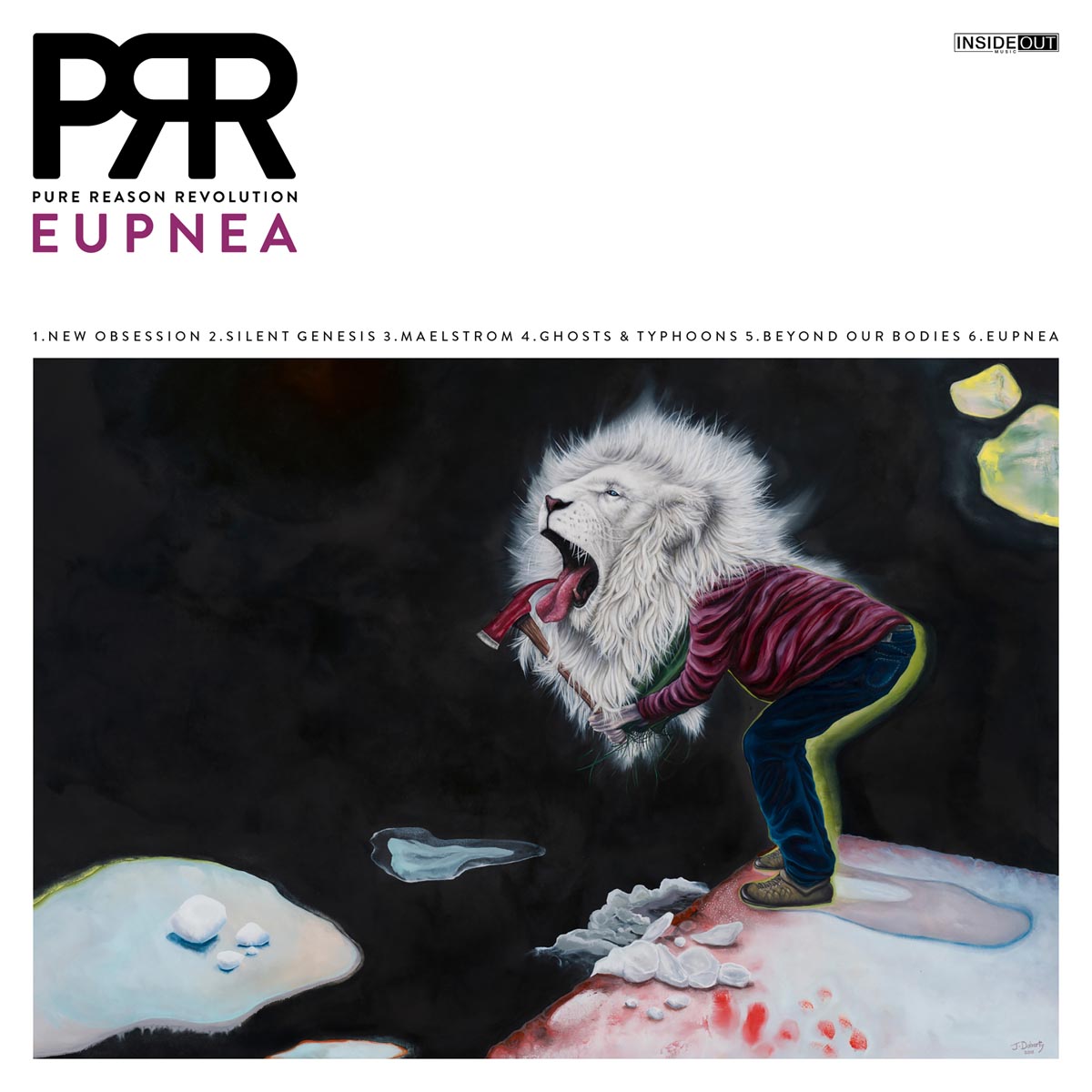 Impressively, the three shorter tracks boast just as much style and substance, albeit in a shorter format. “Maelstrom” is the the strongest of these with a catchy chorus and the band delivering a surprisingly upbeat performance. Opening track “New Obsession” exemplifies the strong production skills featured throughout the album, with the vocals front and center amidst an ever-changing backdrop. And “Beyond Our Bodies” gives a bit of a breather between the other standout tracks with pop sensibilities and strong duet vocals.

Pure Reason Revolution inhabit a sound uniquely their own. They will likely come into quick favor of fans of Anathema, Marillion and the previous bands mentioned further above, but also a wider range of other bands like U2 and Kraftwork. “Progressive” and “rock” fit the bill here, incorporating inspirations equally from the 70s, 80s and 90s and molding something new out of it. Fortunate is the fan who discovers them.

The reformed and renewed core of Pure Reason Revolution unexpectedly return after a decade’s absence to confidently deliver a career highlight. Expertly produced and performed, the album has much to offer for fans of blended male and female voices, churning electric guitars and modern keys & synths. With one foot in the electronic world and the other in a more spacious organic rock world, the band offers a unique blend that is completely captivating and satisfying