There is a certain magic in watching bands that had thrived in the underground for years rocket to stardom practically overnight. This effect is particularly strong when the band is physically removed from the robust metal scenes in Europe and the Americas, surrounded instead by the seemingly insurmountable distances of the Pacific Ocean. But Australia is home to a shining metal scene of its own, one which eventually propelled metalcore band Polaris to international acclaim. Following their 2017 debut album “The Mortal Coil,” the band found themselves becoming a Top 10 hit in Australia, earning an ARIA nomination, and soon afterwards embarking on a series of grueling international tours. Months on the road, including appearances on the festival circuit, these recent stars built a strong fan-base with roots around the world.

A follow-up that was pieced together between the chaos of a demanding tour schedule, Polaris are finally set to reveal their sophomore album “The Death of Me” in mid-February. Still youthful in energy, but with new wisdom gained from touring, Polaris were challenged to write an album that was equal parts recognizable and novel, impressing their current audience while still building a discography that showed evolution and innovation. With just their debut to stand on, there is no uncertainty that such demands were remarkably high.

Staying true to the style that they had begun building when they formed in 2012, “The Death of Me” still draws deeply from the band’s personal experiences, particularly from lead songwriter and drummer Daniel Furnari. Staying true to their musical roots, “The Death of Me” is an intensely bleak album that struggles to see the light throughout ten tracks worth of agonizing. By their titles alone, tracks such as “Martyr” and “Masochist” set the mood for scalding introspection and the self-flagellation that surfaces in pain. Of such negative emotions, Polaris captures the full spectrum, swinging effortlessly from guilt, to anguish, to mourning, and back around to remorse. Tremors of anxiety run deep through tracks such as the high-speed and biting “Hypermania,” the album’s second single. 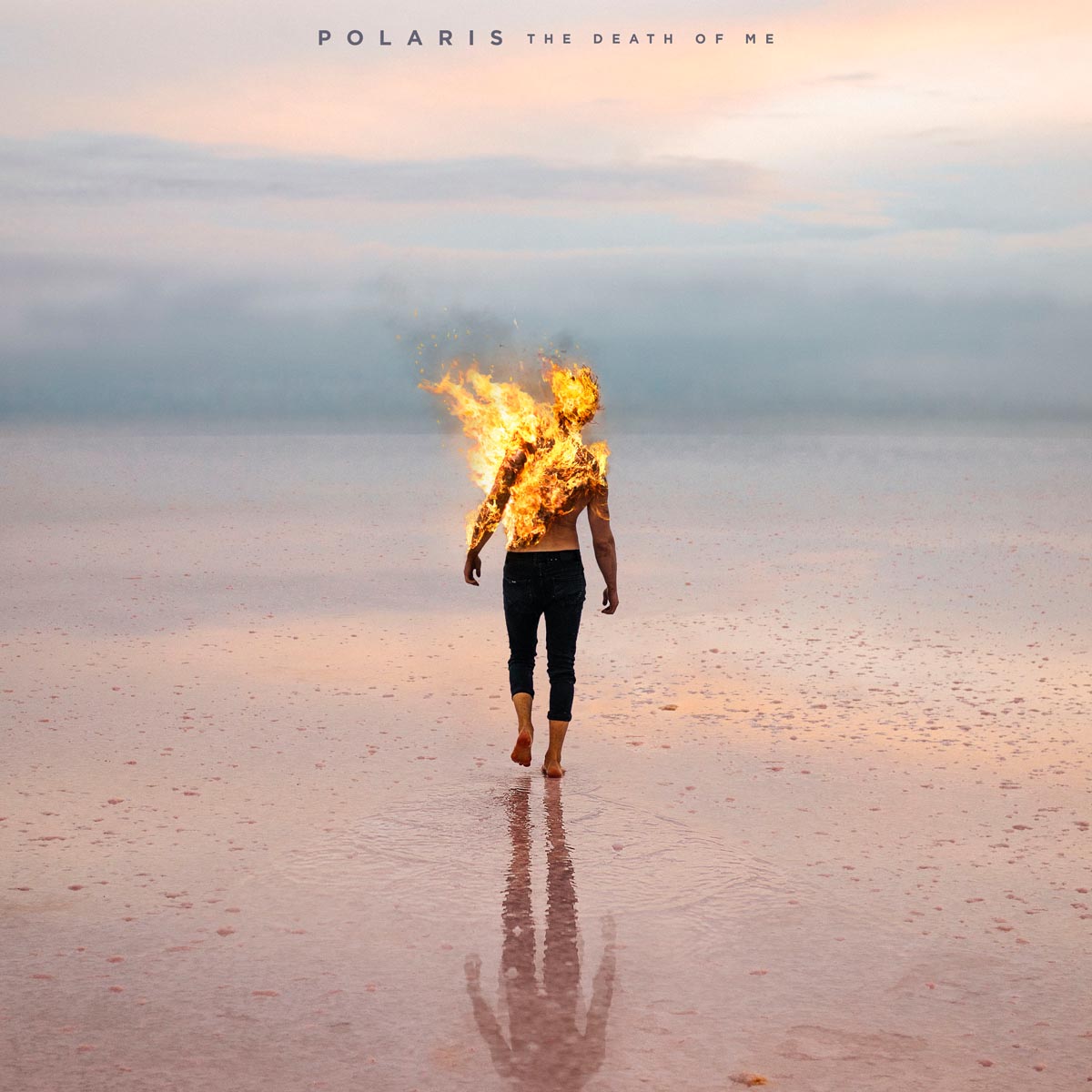 “The Death Of Me” Album Artwork

The nuances of “The Death of Me” are discovered less in individual tracks, but are found strongest when looking at the album as a whole. Unabating speed and the harsh shouts from vocalist Jamie Hails keep Polaris firmly centered in metalcore, their relentless nature pulling the listener ever further into a sea of pain that manifests from a violent union of guitars and drums. However, it is the self-contained nature of each track that allows the tight focus on different forms of emotional despair to emerge in their highly concentrated form. Once Polaris has honed in on the emotion that they wish to pursue, they do so with an incredibly attuned precision, particularly highlighted in “Masochist.” Vocally driven, the self-perpetuating cycle of misery is illustrated by a melodic chorus brightened by clean vocals before being abruptly pulled to verses howled in sheer frustration.

Far from the only melodic track on the album, “Masochist” is joined by the unexpectedly refreshing “Martyr,” opening on a gentle sea of ethereal clean vocals. This is a sharp contrast from the fiery fuel of the earlier tracks of the album, particularly the kerosene drenched “Landmine,” which packs a punch rather than a gentle embrace. Pulling away the most from their sound, “Martyr” is a look at the potential Polaris has to write music that revolves around vocal inflection just as much as hard-hitting instrumentally-focused songs. It gives guitarist Ryan Siew a chance for his prog-inspired subtleties to surface, and follow a song that is more focused on storytelling than purely evoking emotional response.

Though Polaris certainly executes their goals with incredible precision, and there is variation in their songwriting styles, individual tracks seem to get tied up in their own ambitions. When viewed as an album, the variety is much more apparent, but still renders “The Death of Me” in a tone that resounds in a sort of monochrome. The overall depth achieved is appreciable, particularly in stylistic flairs that derive from a history that extends far beyond the tight boundaries of metalcore. But aside from its desolate negativity, the album feels to be a somewhat disjointed approach towards growth in songwriting, and takes listeners even further away from a distinct style that can be attributed to Polaris alone.

With crisp production and a carefully balanced mix through-and-through, there’s no question that considerable thought and care went into the making of “The Death of Me.” More than anything else, this album reads as a painfully transparent look at the aspirations of starry-eyed hopefuls that were thrust unexpectedly into the spotlight, which allowed them to realize that the world was much bigger than they had ever imagined. And in the case of Polaris and their sophomore album, that’s certainly far from the worst thing that could have happened to them.  As they work to discover themselves amidst the darkness that plagues the human spirit, “The Death of Me” is a strong and thoughtful step forward from a band still defining their brand and trying not to become overwhelmed by their success.

“The Death of Me” Track-listing

Diving deep into the despairing darkness of the human soul, “The Death of Me” is charged with an energetic bleakness that emerges in a balancing act of speed and melody. Brutality and aggression serve as firm roots for the metalcore act in their stylistic evolution, but their new album is more than proof that they are unafraid to move forward with ambition and tenderness in capturing a more complete picture of melancholy.