Imagine your friend telling you, “Hey, I got this progressive rock double-album and there’s only 4 songs on it, each one about 18 minutes long and taking up an entire album side!” Would you think they were telling you a fishy tall tale about some Topographic Oceans? Interestingly, although the new album by PERFECT BEINGS bears little resemblance to Yes’ magnum opus from ’73, fans of Drama-era Yes may find much to appreciate here, and even more-so fans of Chris Braide projects like DBA, This Oceanic Feeling and The Producers.

Perfect Beings came on strong with two self-titled albums earlier this decade. With a slot at the prestigious Rite Of Strings (Rosfest) progressive-rock festival in place upon the release of Perfect Beings II, their trajectory was looking promising. That is, until their rhythm section left the band. A cancelled Rosfest gig and two years later, the band is back undeterred and with a vengeance as they pull out all the stops and release new album Viers (German for “four”, in reference to the four movements on the double-album) which is progressive in every sense of the word. But, depending on where you drop the needle and on which album side, this may not be the Perfect Beings you remember. Indeed, one might wonder where the band – who once wrote prog pop ditties like “Helicopter” that would send Jellyfish fans swooning – have gone? 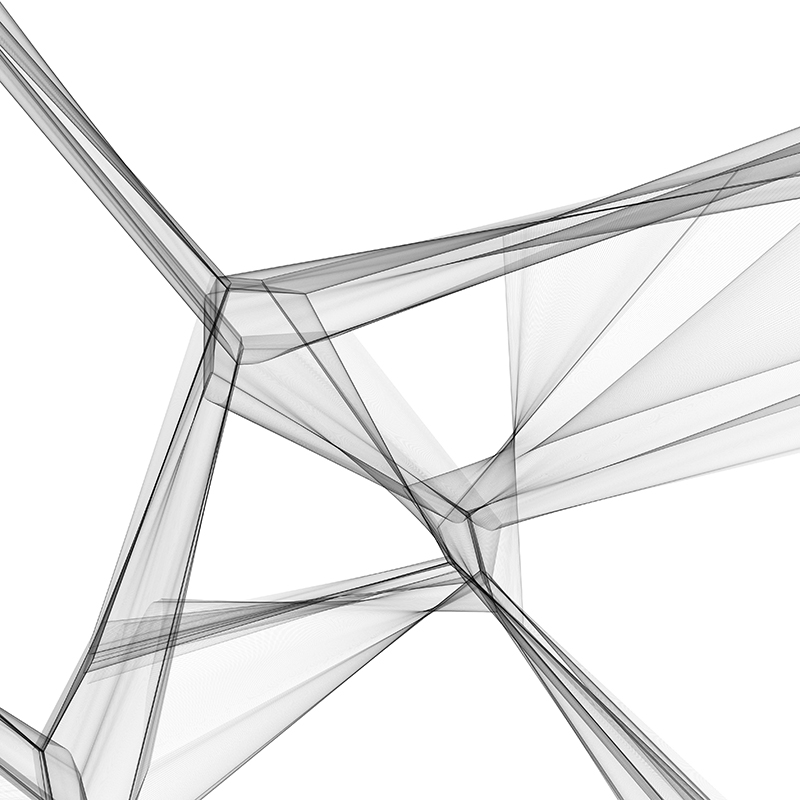 For fans who were looking forward to Perfect Beings III, you may want to ease into this new terrain by starting with sides 1 and 4. These 9 songs offer a full album’s worth closer to what Perfect Beings does best: strong musicianship, soaring vocals, hook-laden jams with unexpected twists and turns, and crisp production which is both smooth and intoxicating. Guitarist Johannes Luley offers his fluid guitar runs while also doubling on bass throughout the album, at times giving an affectionate nod to Steve Howe (and even Chris Squire) among other influences, but leaving no doubt that he is in command of a style of his own. The drums are impressively handled by Ben Levin, who subsequently left the band after completion of this album and has now been replaced by celebrated drummer Sean Reinert from Cynic. Sean will debut with the band during upcoming live performances including a rebooking at the Rosfest festival this spring. But it’s the versatile vocals of Ryan Hurtgen that really make the album lift off, often supported with a wash of organ and keyboards from Jesse Nason. Additional instruments are also introduced such as saxophone, which up the ante and elevate the music higher at unexpected moments.

Then we have album sides 2 and 3 which find Perfect Beings testing uncharted waters and going in completely new directions. As we enter “The Golden Arc” with 8-minute classical piece The Persimmon Tree, shades of Ravel’s Bolero come to mind, supported by clarinet and full orchestration. This section is the most unexpected turn on the album, but not an unwelcome one. However, it doesn’t last for long as the third and fourth songs on this album side turn back to the band’s more traditional progressive rock sounds. Third movement “Vibrational” begins with a slower, layered keyboard-heavy approach for a couple of songs, before taking countless twists and turns in “Altars of the Gods” and “Everywhere at Once” before finally culminating in the beautiful “Insomnia”.

Perfect Beings win points for their brave, innovative exploration of new terrain, proudly displaying what “progressive” music truly is all about. Yet, this is a double-edged sword. Very little on this double album is as accessible or memorable as their previous two albums, which makes it both stimulating and challenging. There also is little continuity between the actual songs themselves, and if it weren’t for reading the tracking list, the listener would have no reason to know that there are four distinct “movements” on this album. Rather, it sounds like 18 unrelated songs with very little in common. Even the songs themselves often turn in multiple directions within their short lifespans, often ending as a new theme is just introduced. While the material itself is provoking and engaging, the writing seems almost haphazard and can leave the listener bewildered. Only a few songs have a consistent progression throughout and largely absent are traditional songwriting structures of verses and choruses. The production and presentation is so beautiful that this reality is almost easy to overlook. Almost.

The dichotomy is perfectly encapsulated in the final song, curiously titled “Everything’s Falling Apart (Into Place Again)” which begins with welcome clean acoustic guitar, female and male vocals intertwined, and classic lead synthesizer over a bed of bird calls and jungle sounds, but then segues into ambient space fading out until ultimately returning with an electronic cacophony for the final ten seconds. When the album is finally over, we are left with an impressed exhale from the journey that’s been completed, but perhaps somewhat exhausted for the numerous detours encountered along the way. What direction Perfect Beings will choose to take from here for their “fourth” album in the coming years is anyone’s guess: they have made it clear that the musical world is completely open to them.