To the uninitiated into the world of Germany’s grand thrash metal tradition, ergo anyone who has been living under a rock in metal circles since 1984, Tom Angelripper stands as one of the most important pioneers of extreme metal after Slayer and Venom. His extensive back catalog as the front man of Sodom stands as one of the most impressive in the business, often blurring the lines between the politically charged punk roots of his adopted sub-genre and also the vile, forbidding world that lay beyond the border that separates thrash from that of death and black metal. With a voice raspy yet powerful enough to rival Lemmy Kilmister, and a visionary outlook on song creation that has birthed a number of modern offshoots to date, his is a brand that is instantly recognizable, if maybe inaccessible for those seeking more pleasant things.

What is a bit less known, or at least less often discussed, is his propensity for involvement in a number of novelty acts where metal is merged with a particular lyrical and stylistic niche more readily associated with pop culture at large. His brief involvement with the all bass ensemble Bassinvaders and the spaghetti-western themed band Dezperadoz alone have cemented him as a perpetual non-conformist to conventions that even he himself has been responsible for establishing, all the while still garnering the respect of the metal world at large. But his principle expression of unconventional thrash is a longstanding side-project bearing his name and attributing to him the status of uncle in Onkel Tom Angelripper, which happened to have unleashed an extensive album of covers and original material to fill two CDs. 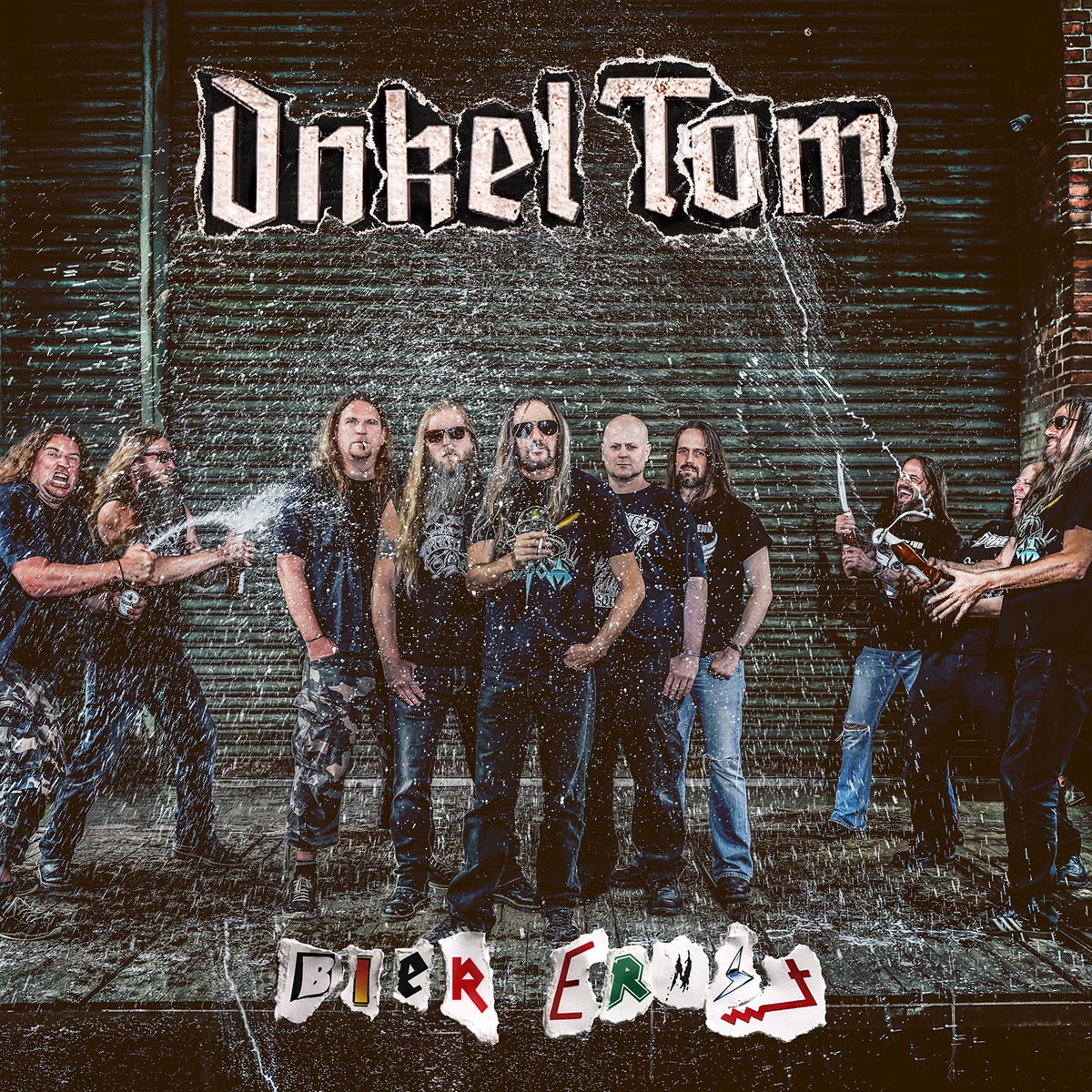 At its core, Bier Ernst, the latest in a 23 year succession of releases, is a serious exercise in musical comedy. This isn’t necessarily to state that this album is nothing but a full on barrel of laughs, as some of the material is about as aggressive as anything heard on a typical Sodom release (see songs such as “Durst Ist Schlimmer Als Heimweh” and “Auf Dunnem Eis”), but overall the melding of drinking songs, schlagers, and the trappings of folk and punk-leaning tendencies that go along with them is one more readily associated with the pizza and beer mode of thrashing, and maybe an occasional helping of similarities to bands like Finntroll when hearing the hokey polka character of “Flasche Zu Flasche”. Among the other original offerings on here that veer off the thrash reservation is an acoustically driven blues/punk romp in “Jacky Cola” that comes off as amusing when mixed with Tom’s gravely mutterings.

Though largely consisting of short songs that are constructed in a highly predictable fashion, this isn’t really a lazy effort that relies too heavily on gimmicks and non-traditional instruments to rope in anyone looking for an outlet for their inner hipster. The generally slow-paced grooving character of “Todgeweiht” packs a pretty solid punch, reminiscing on the older heavy metal vibe that dominated the glory days of 80s Accept, while the driving mid-paced anthem “Ich Muss Hier Raus” features a number of oddly placed dissonant guitar harmonies that almost remind of a Slayer song, but superimposed over something that straddles the line between pop/punk and old school Black Flag. Although outright technical slayings in any instrumental department aren’t highly exploited here, Tom’s genre-bending songwriting presents its own degree of intrigue.

To put it plainly, this sort of album is an acquired taste, and outside of the more eclectic of thrash metal circles (a rarity), it will probably have limited appeal. Such is the plight of niche projects that all but create their own unique sub-genre within a sub-genre, save maybe a scant few that somehow manage to start a new trend that dominates the mainstream for several years, something which is likely not in the cards for a metal album. The target audience will most likely be limited to the German-speaking world and maybe a handful of non-German speakers who represent the core of Angelripper’s fanbase that will follow his exploits wherever they may lead. An overall good album for what it is, but probably a little too original for its own good and not quite suited for mass consumption.

Uncle Tom takes a respite from his daily grind of ripping angels for a festive sing-along at his little cabin, featuring the fellowship of many mad German composers of drinking songs, schalgers, and his own intoxicating odes to partying