Say what you will about death metal, but it’s one of the most unforgiving styles of rock music out there today. Where other popular styles like indie, emo, and shoegaze are generally more tolerant of slop, death metal at bare minimum demands an inhumanly acute sense of timing, tireless wrists, and a level of technical dexterity that, with all due respect, might frighten a budding musician into just sticking with grunge. The tech-death revival of recent years has taken these already high standards and given them a healthy dose of adrenaline, to the degree that a dispassionate listener might view the genre as little more than an exercise in endurance. Consequently, where bands could once stand apart from the crowd solely by their level of musicianship, they must now do so in other ways.

That’s not exactly what’s happening on “Synesthesia.” The engaging songs, obvious commitment to musical craft, and sense of cohesion are all there in fabled droves. It just all sounds so familiar now. Crushing brutality, nonstop double kick and/or blast beats, goofball time changes… all expertly done, and offering very little you haven’t heard already. “Replenish the Earth” does open with a familiar-sounding riff that could have been lifted from “Divine Intervention,” and a handful of other odes to the giants of yore are sprinkled throughout the record, often rearing their heads as melodic nods to Evil Chuck. The closing of “Ruins of Timeworn”  offers some uneasy harmonic weirdness that’s accented with some creative use of delay and other effects. If given the choice between an off note that works and goes unpolished, and an off note that doesn’t work and is corrected in post, I will almost always prefer the former, but Odious Mortem instead choose to create something that works beautifully without any trickery, and then elevate the mood with a restrained dose of that trickery. In a world dominated by auto-tune and backing tracks, this is a welcome approach. 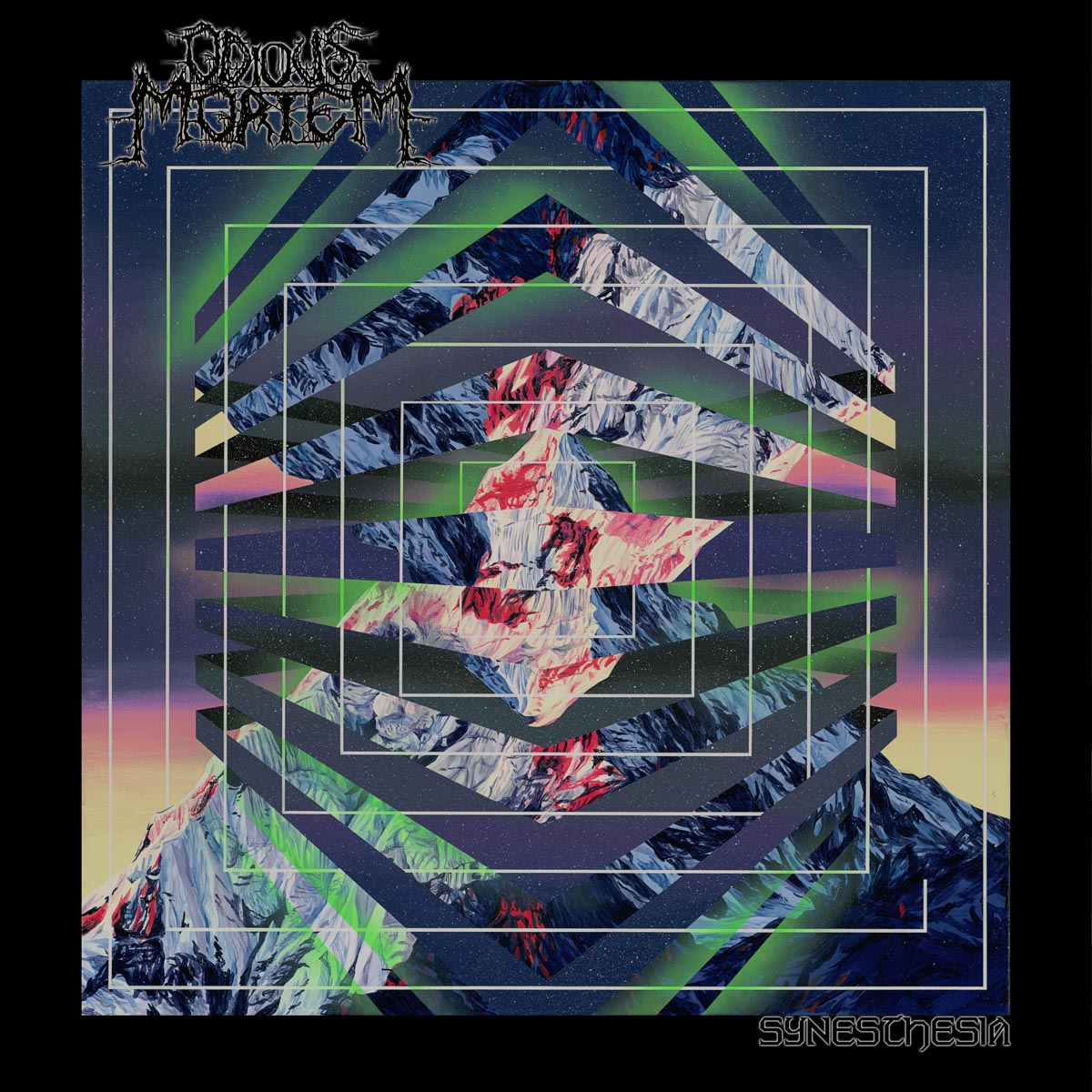 That wonderful sense of balance is revisited on the intro to the neo-baroque “Synchronicity,” a straight-up gorgeous instrumental guitar interlude elevated by clever use of delay and other effects in a way both creative and fun enough to keep the listener engaged. Ya wanted more proof that a bunch of death metal mushbrains can master a centuries-old art form? Here ya got it. The sequence deftly brütalizes into a crushingly heavy shredfest that might have made Yngwie reconsider his career path if he’d known he was laying the groundwork for it, and if that thought alone doesn’t satisfy you, just wait til you actually hear this motherfucker.

Such wonderful moments sadly drown in the onslaught that typifies much contemporary tech-death: finesse so dizzying it’s almost exhausting, to the degree that the listener simply wants an opportunity to breath. Perhaps Odious Mortem could benefit by exploring their dablings with effects, but where they stand, they risk being lost in an ever-expanding crowd of bands who value proficiency over identity.

Heavy as fuck and unapologetically shreddy. Plenty for the dedicated tech-death fan to feast upon, but breaks very little new ground