Rarely does a band come down the pike that’s worthy of the adulation that surrounds it. With Oceans of Slumber, we may finally have been graced by an outfit that exceeds the considerable buzz it’s created. While 2016’s Winter offered a head-turning slew of excellence, the Houston quintet’s newly-released The Banished Heart somehow shatters the frighteningly high expectations Oceans of Slumber have set for themselves, and it does so not by broadening the band’s sonic landscape, but by focusing on what sets the band’s sound apart, and refining it.

The Banished Heart ain’t easy listening, even for prog-nerds. In fact, the few remaining prog-nerds that demand strict adherence to the Dream Theater approach wouldn’t know what to make of it, as Oceans of Slumber have steadfastly forged their own identity by looking to an array  of inspirations. “The Decay of Disregard” sets the tone for this journey, seamlessly blending the decades-apart traditions of doom and gothic metal with the dissonant guitar textures familiar to fans of second-wave black metal. If that brief session of aural hypnosis weren’t enough to merit the listener’s attention, singer Cammie Gilbert opens the album’s first verse with brief, tantalizing crescendos that retreat into Anthony Contreras and Sean Gary‘s  plodding, St Vitus riffdance before reaching a spine-chilling apex at the refrain, all within the album’s first four minutes. Before long, we’re in trve kvlt blast beat/ trem picking territory before the opening song wistfully concludes, and it is during this final refrain that Oceans of Slumber confidently reassert themselves in league with such contemporary luminaries as Ne Obliviscaris. Like NeO‘s blast beats with impeccable clean vocals? Just wait til you hear this.

“Fleeting Vigilance” follows in the path already set, adding the requisite harsh vocals before giving way to the blackened doom excellence of  “At Dawn.” The undisputed centerpiece of the album, however, is the corrosive ten-minute title track, where Ms Gilbert‘s lament “what I wanted to be, what I could not become” only hints at the turmoil the song’s latter half invokes within the listener. Through intrepid use of mesmeric repetition, the band again crescendos in intensity while Ms Gilbert delivers what is perhaps her most shattering performance. The listener that finishes “The Banished Heart” unmoved is either not paying attention, or deceased.

While the throwaway instrumental “The Watcher” follows that monumental title track (I’ve already removed it from all my devices), Oceans of Slumber immediately pick up the slack with “Etiolation” and the at times almost upbeat “A Path to Broken Stars.”  Another brief instrumental track, this time a piano interlude called “Her in the Distance,” appropriately resets the table for the oncoming epic. 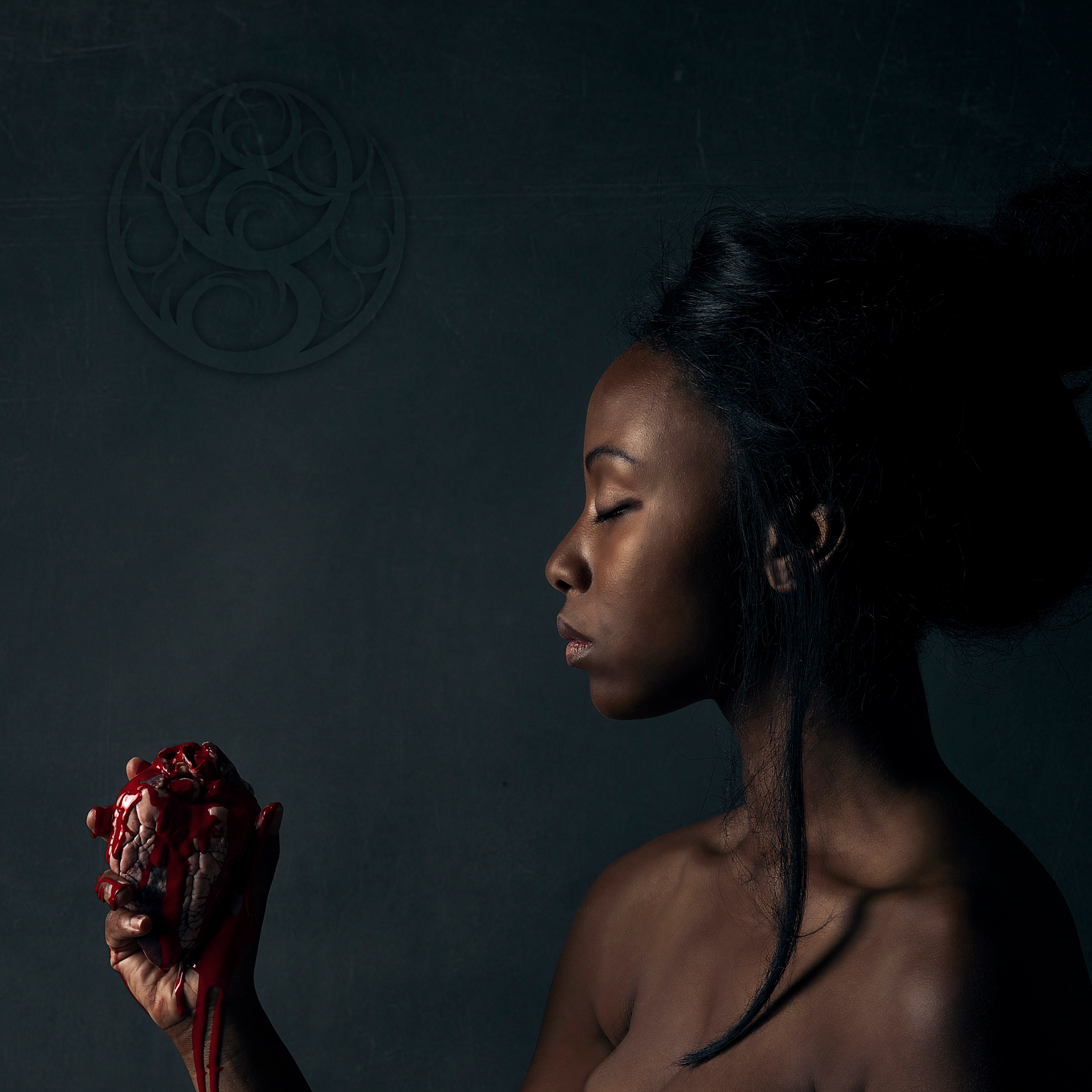 If “The Banished Heart” is this banchetto‘s beefy secondo, penultimate track “No Color, No Light” makes for a satisfyingly bittersweet dolce. Heart-wrenching from the opening strains, this mortifying ballad features the incomparable Tom S. Englund of Evergrey giving what might be his most sincere performance since 2001. If this guest spot is any indication of what his involvement in Redemption is doing to him, then I might actually look forward to a new Evergrey album for the first time since I became a father. Ozzy and Lita ain’t got shit on Tom and Cammie.

Without question, The Banished Heart sees Oceans of Slumber join the pantheon of Texas progressive metal greats Watchtower, Power of Omens, and the criminally unnoticed Ethereal Architect. Long may Oceans of Slumber prosper, and may they garner the attention the giants on whose shoulders they stand could never seem to find.

It's black metal, progressive metal, doom metal, and goth metal all at once. Who said cross-contamination was always a bad thing? Get this record and you can thank me later