It may be physically impossible for one to travel from the smooth, white-sand beaches of Spain to the dark, neon-accented warmth of a New York dance club in the span of an hour. But guitarist Nili Brosh accomplishes this feat within the sonic scope of her instrumental album “Spectrum,” a seamless world-tour from Spain, to Paris, to the stages of an intimate progressive rock club. Rolling through R&B and folk textures as she makes her way deep into electronic dance music, there is hardly a genre that Brosh leaves untouched by the time the album reaches its conclusion. “Spectrum” demonstrates the power of a bright and adventurous spirit that finds joy in artistic expression while serving as a guided tour through an engaging instrumental experience like no other.

This is far from Brosh’s first foray into the world of instrumental album, with two solo albums already under her belt and work with a number of renowned artists throughout her musical career. More than just experience with other musicians and a wide range of style, Brosh also shows instrumental versatility with different guitars and strings to create a precise atmosphere across each new track. Within the first half of the album she moves from the lighter, more muted touch of an acoustic, nylon-string guitar to an electric guitar, two instrumental spirits that prove to be surprisingly complementary yet exquisitely unique throughout the duration of “Spectrum.”

What makes “Spectrum” work so well is that the divisions between songs is distinct enough that two styles never overlap too closely, Brosh guiding listeners with determined intent across a predetermined range of concentrated styles. No matter how rapid the change occurs in the scale of a single album, there is an unceasing sense of peace and organic progression in every note, never leaping ahead and spoiling the next track’s surprise. There is no question that guitars can be the delivery method for harsh dissonance, creating reckoning that threatens to split souls. But even as the music dives into greater intensity and takes on a more progressive flavor and infuses with bass-heavy electronic beats, there is always solace and tenderness in Brosh’s work, leading “Spectrum” to be a truly enjoyable listening experience that flows with soothing grace.

The album begins with Spanish flair, with the light airiness that weaves throughout the lofty reaches of “Andalusian Fantasy.” Melodies rich with exquisite allure, there is complete immersion into the indulgent style that follows in the folky waltz of subsequent track “Circus Wedding.” In a rhythm that seems oft overlooked, this celebratory dance through cultural nuance is a pleasant surprise, but not out of place given the versatility Brosh has already established. The light touch on acoustic guitars carries throughout the album’s first four songs, with fourth track “Rachel in Paris” taking on an aptly Parisian touch. Tenderness and pleasant leisure are the driving force of the album up until this point, gradually shifting interests never diverging too sharply from the core of acoustic-centric and European stylistic leanings. 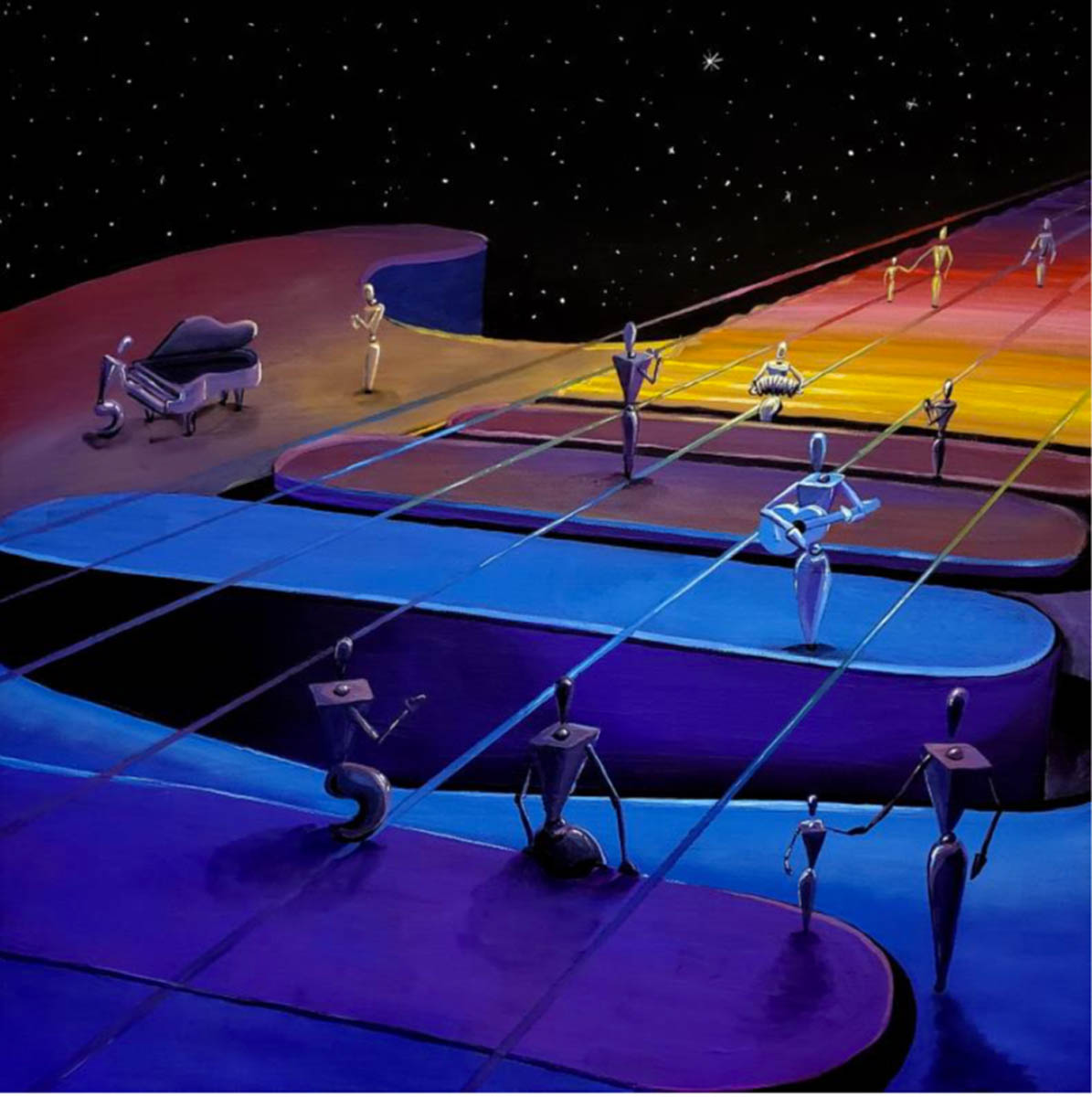 At the album’s halfway point, fifth track “Solace,” the journey through Brosh’s “Spectrum” begins to diverge much more sharply, tumbling from the mystique and picturesque streets of Paris into the smooth and electric embrace of R&B. “Solace” is certainly one of the album’s highlights, serving as a perfect transition track from acoustic guitars and accordions in the bright summer sun to something darker and more personal, beginning with a tentative and thoughtfully drawn-out exploration of a more casual atmospheric environment. Here is also where Brosh begins to explore her reach on the electric guitar, a much more extensive playing field for the weathered musician to traverse. Each of the solos Brosh carefully places throughout “Spectrum” are incredibly decadent, and worth multiple listens to appreciate their technical dexterity.

As if it were not far enough to travel from the grace of a sunny Spanish afternoon to the modernity imbued in the heart of R&B, Brosh then delights the senses with the impressively adept concluding tracks which leave the listener stranded in the clutches of fusion-driven dance melodies. Their speed and their draw are inescapable, the speed and tempered aggression of “Djentrification” tying together the self-realization of prog with an infectious dance beat. Just mere tracks away from a cinematic waltz, “Djentrification” is one of the first tracks where the true shock of seamless transitions begins to set in, the listener left wondering how in the world they were taken on a journey of such incredible scope in just a handful of songs.

The beauty of “Spectrum” lies in how Brosh pulls the listener with authoritative command throughout the journey she has designed specifically for complete sonic immersion. Musicianship from Brosh and the many guest musicians she has featured and worked with on the album is spectacular throughout, no one track demonstrating significant strengths over another. Though she is a guitarist, the guitar is mixed appropriately to the chosen style, staying true to the atmospheres conveyed by established genre structure. There is no question that “Spectrum” was an opportunity for Brosh to engage in creative exploration of her own, but perhaps most beautifully, it is a chance for lovers of music to take a guided tour throughout the rich offerings of styles they may have otherwise not explored. With her vision, it’s frankly impossible not to fall in love with music all over again.

Beautifully balanced musical snapshots within “Spectrum” show not just cultural appreciation, but a fundamental understanding of the many dramatic dimensions that a guitar may hold. Covering a stylistic gradient with seamless brushstrokes, Nili Brosh has created a work with such profound sonic satisfaction that it is irresistible. Whether a lover of electronic dance music or the vibrant flair of folk, Brosh provides an opportunity to find appreciation and a love for art in the most unexpected places.