I’ve been listening this morning to the upcoming album of yet another thrash metal band to emerge from the San Francisco Bay Area scene: Mudface. The band’s line-up is kind of unusual for the genre, it is comprised by six members: Chris Dinsmore (vocals), Rob Kolowitz and Grant Kolowitz (guitars), Tim Davies (drums), Jim Pegram (bass) and Brett Crane (keyboards and vocals). Yes, your eyes didn’t fool you; there’s a keyboardist here, and when I was reviewing the band’s history that fact caught my attention: I couldn’t remember a trash metal band with someone at the keys… so I did some research and ended up in the YouTube video for the album single “Hellfoot”. The video was extremely well done for a band which is only about to release its second effort, and I liked the whole underlying idea depicted in the clip, therefore I thought: “Let’s see what they got, let’s listen to the whole album” 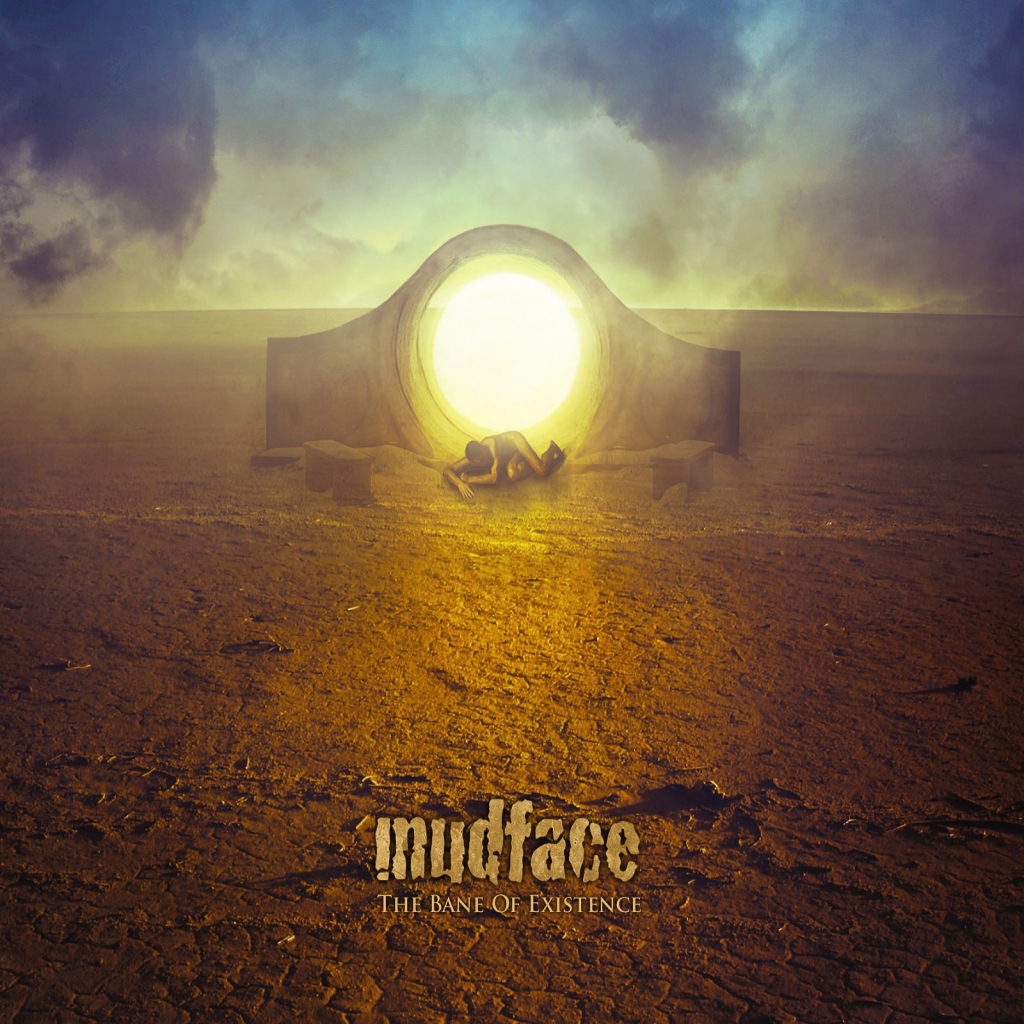 “The Bane of Existence” Album Cover

Their second full-length album entitled “The Bane of Existence” hits the shelves in a few days (March 18th) and if I’d have to define it in a single sentence I’d say it is “a snarling, ferocious, intense but at the same time a melodic statement”. They have stepped past the mark of their first release (Anti-, 2012) and came out roaring with “The Bane of Existence”. The sound has been polished and there’s a great balance of speed and melody across the whole 10 tracks, in a moment you find yourself surrounded by a chorus with growling vocals and a minute later the song is wrapped up with slower tempos and intricate solos, later accompanied by head-banging riffs.

Chris delivers an excellent and aggressive vocal work, sometimes channeling Death Angel’s Mark Osegueda, sometimes remembering Mastodon choruses (worth to mention the perfect blend with the backing vocals of Brett Crane), and the rest of the musicians perform with precision, weaving harmony, complexity and ferocity in a natural way. They sound confident, they know how to create melodic, mature thrash metal without losing their heart along the way, offering a supersonic exercise in conquering the listener by drowning his five sense in a cathartic volcano of riffs, thundering drums and haunting grooves. The guitar tandem of Rob Kolowitz and Grant Kolowitz (curiously father and son) provides a dense and compelling sonic layer stretching out the band’s sound to include all manner of dynamics and hooks while still delivering a heavy and consistent sonic assault.

While many emerging bands in the genre mainly focus in aggression and a radical sound to gain some recognition, Mudface goes in a different direction. They create an organic mixture of harmonies, clean vocals, growls, rhythm guitars, contagious choruses… there’s never a dull moment in the album. It is what I’d call “and album of intelligent and elaborated, hostile and relentless, energetic and dynamic metal”. Well done Mudface!

“The Bane of Existence” CD tracklisting: