It doesn’t get much more metal than this.

Some of the best kept secrets in the metal world have had a peculiar habit of being hidden in plain sight for decades on end. With nearly 30 years of history at its back, the German-born fold of hot-rodding maniacs known as Motorjesus (they went by a different moniker prior to 2006 that saw them dealing with censorship issues in several countries) should be far more of a known quantity, and their relative obscurity is clearly not the result of any fault in their studio output. Sporting a sound that could be best described as the missing link between the glory days of old school heavy metal and the muddier, stoner-infused offshoot of older hard rock practices that was on the ascent in the early 90s when this band was first formed, they’ve done their fair share in blazing a unique trail for themselves. Yet a simple perusal of their recent output with find a band that is right at home in the current New Wave of Traditional Heavy Metal craze, despite being fairly atypical among the likes of Wolf and Enforcer.

Though originality has clearly never been a weakness for this outfit, their latest offering Hellbreaker could be easily described as a case study in how to separate oneself from the pack. Per the band’s own testimony, a fair amount of new influences have come into the band’s repertoire thanks to the input of newly recruited guitarist Patrick Wassenberg, among them a melodic scheme in the guitar work that’s heavily informed by Iron Maiden and a more driving, speed metal flavor that further amplifies their ongoing affinity with Motorhead and occasionally intersects with the faster moments of vintage Judas Priest. It’s a sound that is very much conducive to the band’s pronounced fixation with muscle cars, and also one that fits in nicely with the otherworldly visual of such a vehicle outrunning a legion of demons. It’s a rugged, working class brand of fusing metal and rock together that is gritty and grimy enough for the High On Fire crowd, but geared more towards an 80s audience.

While definitely of a more straight lined, fist-to-the-gut character, this album opts to begin and end things on a decidedly unexpected note, proving their boasting of incorporating some newer ideas into the mix of being anything but overstated. The dense, keyboard-steeped introduction of opening crusher “Drive Through Fire” might fool one into thinking that an epic power metal experience is just beyond the horizon, but once the guitars chime in, the band’s dirty rocking character is revealed, and a song that splits the difference between an up tempo offering off Maiden‘s “Fear Of The Dark” and a gritty cruiser from early 80s Motorhead commences. The aforementioned overture is recapped as a somber acoustic number at the album’s tail end in “The Outrun”, which showcases a bit of a folksy air to cool this album’s proverbial engines, as well as showcase the versatility of both Wasserberg and longtime guitarist Andreas Peters. These offerings, though they are outliers amongst the rest, round out the fringes of an album that is about as methodical as it is powerful. 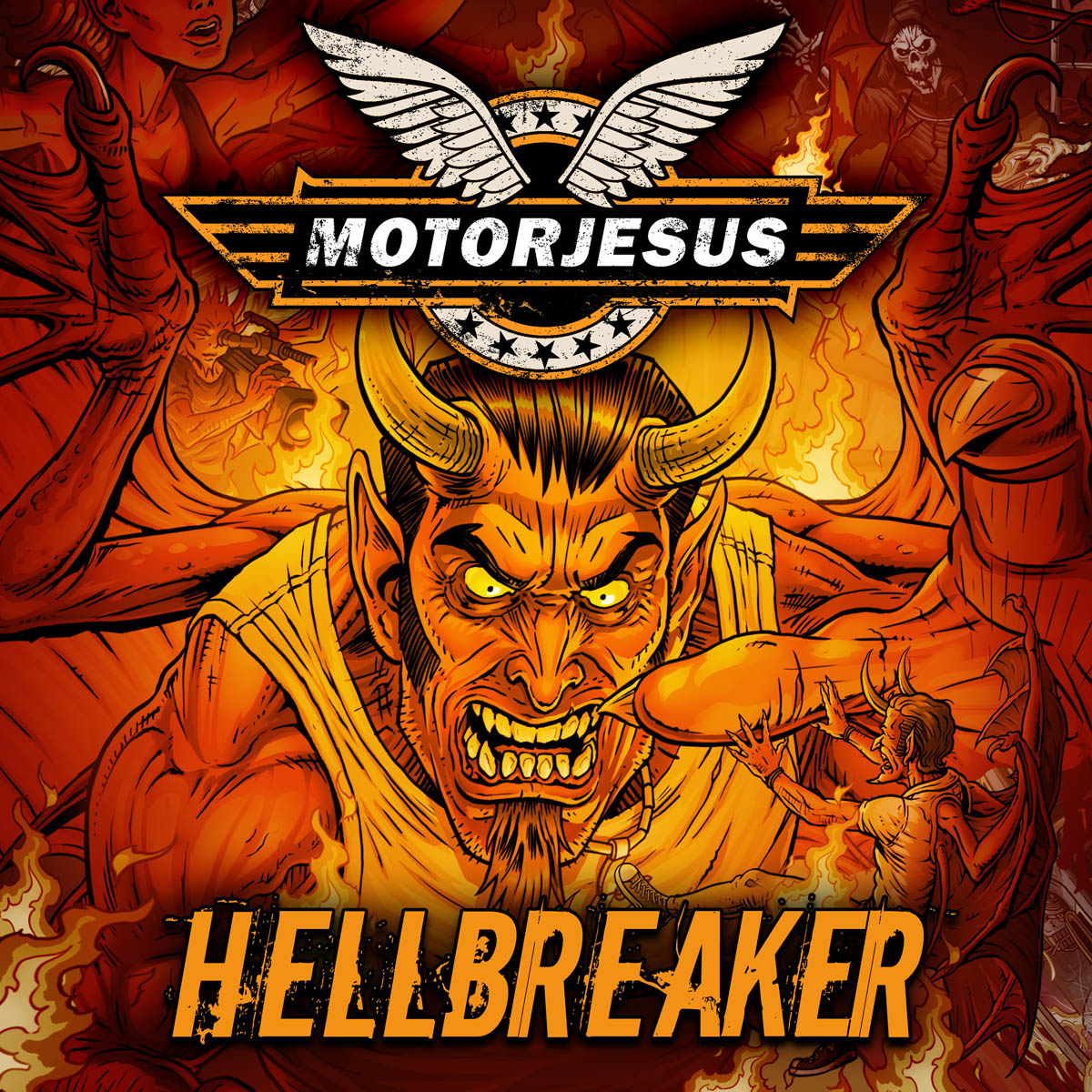 One could simply pick a number between one and ten and attain an equal level of metallic fury from the corresponding track, but that should not be taken as these songs being interchangeable. Differing degrees of velocity and intensity filter through this album like gears being shifted while the pedal is to the mettle, with high octane speeders such as “Battlezone” and “Back To The Bullet” flirting with “Painkiller” territory, while more mid-paced monsters such as “Beyond The Grave” and the bass heavy stomp of “Firebreather” trudge through the swamps of sonic sludge like a maddened golem. In the midst of it all are a couple of curious blends such as the fast-paced and melodic nod to Iron Maiden dubbed “Lawgiver”, which gels surprisingly well with vocalist Chris Birx’s smokier and deeper shtick, while the driving fury of “Dead Rising” has a slight punk edge to it, fueled by a raunchy bass line out of Dominik Kwasny that compares heavily to Lemmy Kilmister’s handiwork.

This is among the more concise and compact offerings to come down the pike of late that also manages to come off as epic in the process. It’s definitely bent towards the streamlined and predictable end of the rock spectrum from an overall songwriting standpoint, yet the blending of high impact heavy metal and occasional technical flourishes from the guitars into the equation results in something that is anything but commonplace. Indeed, this is one of those rare occasions where a denim toting, old school metal junkie and a bong-smoking stoner rock enthusiast might find an album to agree on. At times it almost feels like it’s a tad too short and could stand to dwell upon some of the more stylistically eclectic moments alluded to earlier, but one would be hard pressed to find anything to complain about here. Motorjesus are by no means newcomers to the metal world, but they are definitely a band to watch in the coming years, especially if this particular lineup remains consistent.

A longtime veteran of the German scene, that has sadly remained a fringe player in the larger metal realm, translates the old fashioned trappings of Iron Maiden and Motorhead through the lens of a vintage stoner metal production to thunderous results