If there was one distinctive feature of Finland’s millennial answer to the Gothenburg question, apart from a greater degree of power metal influence, it was the sheer multiplicity of adherents that sprang up in a fairly short amount of time relative to the preceding Swedish scene. The trail that was arguably blazed by Children Of Bodom’s riveting 1997 debut would inspire a number of outfits such as the de facto veteran outfit Kalmah (known as Ancestor from 1991 until 1998) to adjust their sound to something fairly similar, to speak nothing for younger acts such as Imperanon, Norther and Naildown to sport a comparable sonic template. However, a band that proved the most consistent in terms of qualitative output and sheer ferocity in their delivery was the Pori-born sextet Mors Principium Est, whom unleashed a formidable 2003 debut dubbed “Inhumanity” that arguably outdid every other band out there combining the keyboard-rich sound of Dark Tranquility with the flashy, virtuosic showmanship that the Finnish style drew from Yngwie Malmsteen and Stratovarius.

In spite of this outfit’s highly consistent output over their two decade existence, lineup instability has been a frequent issue, and the time following the release of their 2017 smash “Embers Of A Dying World” saw their ranks dwindled to a mere studio duo in original vocalist Ville Viljanen and more recently recruited British guitarist and composer Andy Gillion. Nevertheless, an undaunted creative vision and some solid session drumming on the part of Marko Tommila, who performed the same service on this outfit’s 2007 opus “Liberation = Termination,” bring about a spellbinding offering in these days of tumult and isolation that is fittingly unified around a deep, dark, frostbitten vocal performance out of Viljanen to make the band’s esoteric lyrical message relatable. Sparing no expense in the execution department, the simply titled “Seven” is a masterwork of elaborate arrangements, flashy guitar wizardry, and an overall furious mixture of thrashing speed and tonal consonance.

Although the album’s title or depiction of the angel of death holding a golden globe in the midst of a murky swampland doesn’t immediately suggest a tie-in to the season of winter, the atmosphere it conveys is about as frosty as a winter in Lapland. It’s not a symphonic brand of melodic death per say, but the opening moments and some isolated patches of “A Day For Redemption” feature a similarly cinematic orchestral sound to ones reserved for the likes of Wintersun and Eternal Tears Of Sorrow, though the lion’s share of its duration consists of a riff happy, thrashing storm of rage with noodling lead guitar lines and harmonized hooks cast to the four winds. Other similarly keyboard happy speeders such as “In Frozen Fields” and closing hoorah “My Home, My Grave” also play up the symphonic angle quite effectively before launching into a speed-infused metallic assault, the latter getting particularly expansive in the riffing department and coming close to making a direct homage to the climactic points of Wintersun’s eponymous 2004 ride into wintry woe. 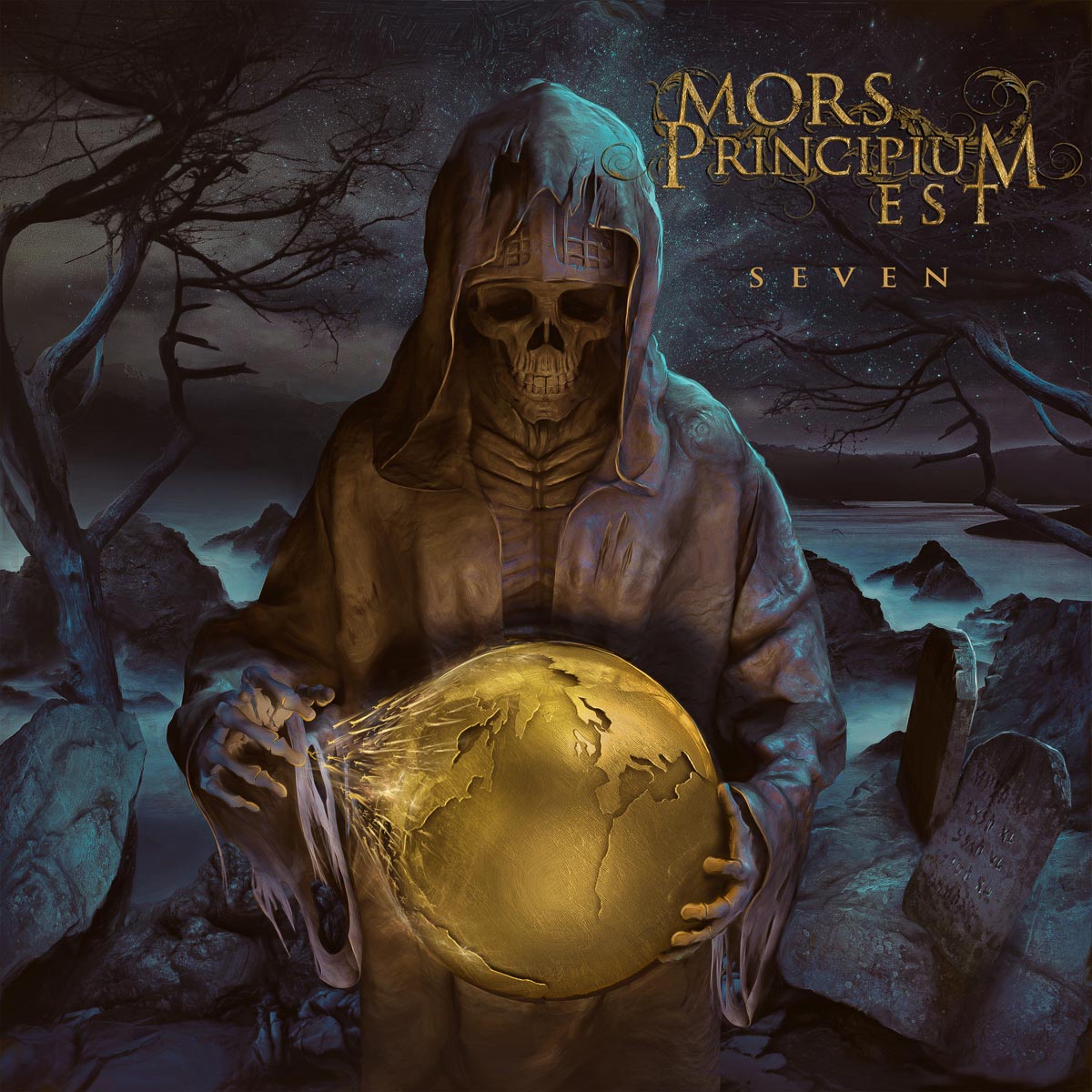 As has been the case on the past few albums that have featured Gillion’s compositional input, there is a sizable progressive gloss that paints over much of this album, only now him being the lone instrumentalist involved in the process has allowed it to become far more pronounced. The otherwise similarly quasi-symphonic anthem “March To War” cycles through some intricate guitar riffing with a heavy Middle-Eastern tinge to it, while Viljanen’s deep barks occasionally give way to what sounds like more of a thrash gruff at times. The rhythmically complex “Lost In A Starless Aeon” features a heavily groove oriented riff set almost along the lines of a Jeff Loomis creation, albeit painted over with a dense layering of keyboards and a more consonant melodic scheme. Other offerings like “At The Shores Of Silver Sand” and “The Everlong Night” feature less quirky rhythmic devices, but also riff work complex enough to still bend the lines between progressive and traditional songwriting, all the while being reasonably accessible.

In a time where much of the Finnish melodic death metal scene has either grown a bit less prolific, or in the case of Children Of Bodom has ceased to be, this is the sort of potent blast of virtuoso brilliance that is needed to keep said Scandinavian nation in the game. There isn’t a dull moment to be had here, and a few notable innovations at play to satiate any naysayers still insisting that this style is incapable of evolving. Yet for all of its intricacies and occasionally jarring rhythmic twists, this album is at its absolute best when adhering to the same textbook mixture of organized melodic statements and thrashing aggression, which is on full display on this album’s standout offering “Master Of The Dead”, which may well be the finest song to flow from the Mors Principium Est name since the mid-2000s. If melodeath that evenly distributes itself between impact and atmosphere is one’s desire, this album brings it like a frost-clad Genie at its master’s behest.

“The Rise Of Heresy” track-listing:

Though reduced in ranks to a duo of musicians in a studio capacity, this highly potent remnant of the early 2000s Finnish melodeath wave towers above their contemporaries with a collection of intricate and frosty tales of existential sorrow.