Silence breaks by a primal scream.

Though among the younger sub-genres of metal, deathcore has arguably seen the quickest expansion of specialized niches within its modern extreme metal meets hardcore realm. One would be remiss to understate the peculiarly quirky mixtures of groove, melodeath, tech death, progressive and even symphonic influences that are stirred into the cauldron of ideas that has yielded so many differing subsets of asymmetrical brutality and disquiet since the mid-2000s. Among the more intricate players in the scene to emerge since the likes of The Red Chord and Despised Icon first brought the style into prominence is a quintet of maddened Britons dubbed Monasteries, which came raging out of Manchester in the early 2010s and has been offering up bite-sized releases of their aggression-steeped craft, with their latest EP outing “Silence” being about as ironically titled as the band themselves.

For the uninitiated, this band deals in a brand of technically polished deathcore that blurs the lines between the djenting sound of Meshuggah and the nuanced atmospheric aesthetic often displayed by the likes of Tesseract and Animals As Leaders. Along for the ride are occasional flourishes to lead guitar virtuosity that is somewhat similar to what one might hear out of Rings Of Saturn, and the vocal performance put on has a similarly primal and inhuman character to said band, often residing in a glass-shattering high shriek and otherwise diving down into the murkiest depths of the male voice register. It’s music that is about as subtle as a massive freight train plowing through your living room, but also adorned with a songwriting structure that is fairly eclectic, often eschewing traditional song structure for something a bit more through-composed, save for the metalcore-influenced breakdown segments that tend to pop up near each composition’s end. 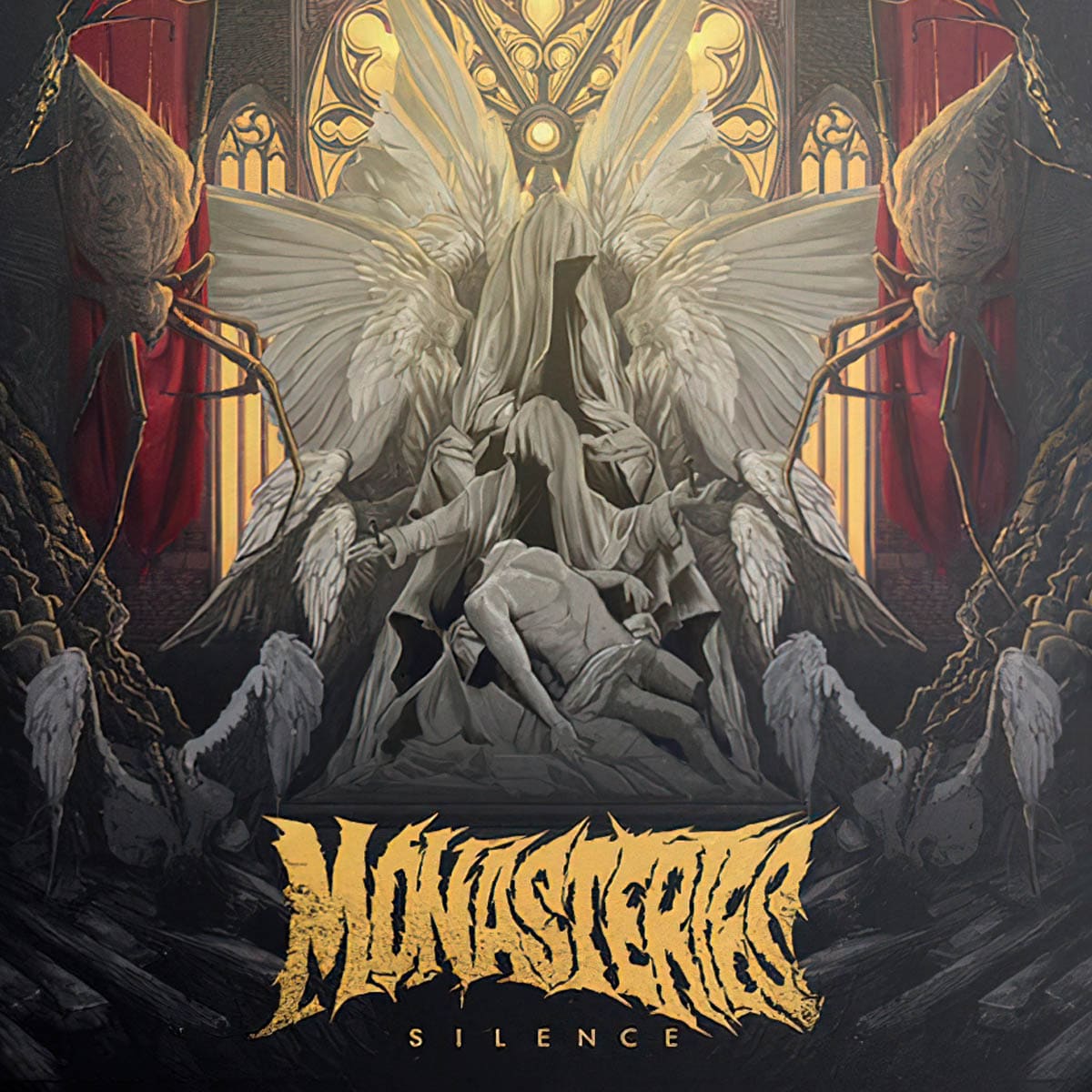 While generally a style that lends itself more to more mundane subjects such as political discontent and general angst, Monasteries takes the contemplative character of their namesake seriously and introduce their latest studio venture on a decidedly mystical note with “Jorogumo Yokai”, which references a particular demon in Japanese folklore that is part woman and part spider. The haunting ambient sounds that permeate through this offering, along with its dissonant harmonies and pummeling metallic chug riffs paint an image of sheer horror to a fault, and culminate in what is probably among the more exemplary anthems in this sub-genre. The four other tracks that follow basically adhere to the same dichotomy of biting impact and creepy accompanying aesthetics, often in the form of a choral sample or droning ambient noise, but aren’t quite as expansive in their structure, though the mechanized and shred-happy “Digital Suicide” and the spacey crusher “Silence (In The Place Where Heaven Should Be Found)” come pretty close.

In essence, this is something of a thematic and idiomatic offering that tends to flow as one continuous, nearly 20 minute song. There is some contrasting features of each that differentiate them a tad, but overall this is the sort of album that presents a highly complex set of ideas and then proceeds to mix and match them for the remainder of its duration. It’s the sort of album that tends to pummel the listener into submission (in a good way) at first glance, yet upon repeated listens it tends to come off as a bit more methodical and calculating. This outfit doesn’t quite go to the point of reinventing the style here, but the employment of harrowing atmospheric backdrops and the manner in which these songs are structured is fairly atypical when compared against the standard-bearers of deathcore. Apart from being over a bit too quickly, it’s a solid entry that is sure to find an agreeable audience among djent and modern death/groove metal enthusiasts.

Venting their inner rage with yet another compact EP, this djent-happy adherent to the U.K. brand of deathcore pulls no punches on their latest excursion into sonic brutality with a side order of atmosphere and technical noodling