Darkness prevails by wing and spear.

To the casual thrash metal consumer, nations such as Germany and Brazil are among the small number of places outside of North America that come to mind as producing notable movements within said sub-genre, while somewhat more heavily engrossed in the lore of 80s thrash might throw in a handful of bands hailing from England and parts of Scandinavia. But barring some pioneering upstarts in Poland and Hungary such as Wolf Spider and Moby Dick, there was hardly a more obscure scene to western ears than that of the small Turkish thrash scene that sprung out of the late 80s. Heavy informed by the raw, dark and extreme character of Teutonic thrash trailblazers such as Kreator and Sodom, bands such as the Ankara-born Darkphase, and Istanbul’s own Pentagram and Metalium; two bands that should not be confused with better known western metal acts, though in the latter’s defense they adopted the moniker about 11 years prior to the German power/speed metal band helmed by Lars Ratz came into being.

Despite differing geographical locations, Metalium’s fate as a young thrash adherent would be tied with the decline of the style’s popularity in the west, and following a strong debut in 1990’s “Behind The Power” and a mixed follow up 5 years later, the mid-90s would see them disband and scatter to the four winds. But with the passage of time and the 2000s old school thrash revival, front man Mazhar Siringoz would reform this extreme thrashing quartet and embark on a decade long period of touring and honing the band’s sound prior to releasing a comeback that has been 25 years in the making. The resulting 30 minutes of riff-happy, apocalyptic mayhem dubbed “Tenebris” (the Latin term for dark or darkness) presents a bleak view of the world in a gradual state of decline, showcasing the landscape of a desolate, formerly metropolitan area with a lone, fire-haired she-demon gliding above the ruins with spear in hand and the sun at her back; a fitting visual for the end of days to be sure.

In like fashion to the epic character of Kreator’s most recent LP “Gods Of Violence,” this quartet has adopted a similarly theatrical aesthetic to grace their dark thrashing template, kicking this album off with a highly cinematic, though more somber and dreary take on a symphonic overture on their opening instrumental prelude and title track. However, once the guitars kick in and the savage beast of Armageddon is revealed at the onset of “Lucid Dreams”, this band’s enduring affinity with the mid-80s Teutonic mayhem of “Pleasure To Kill” and “Persecution Mania” becomes impossible to miss. The song itself leans towards the faster side of the spectrum and with a strong degree of dissonant overtones between the riff work and Siringoz’s sepulchral ravings, which are almost a dead on match for Tom Angelripper’s blackened mutterings, culminating in a truly forbidding thrash anthem. 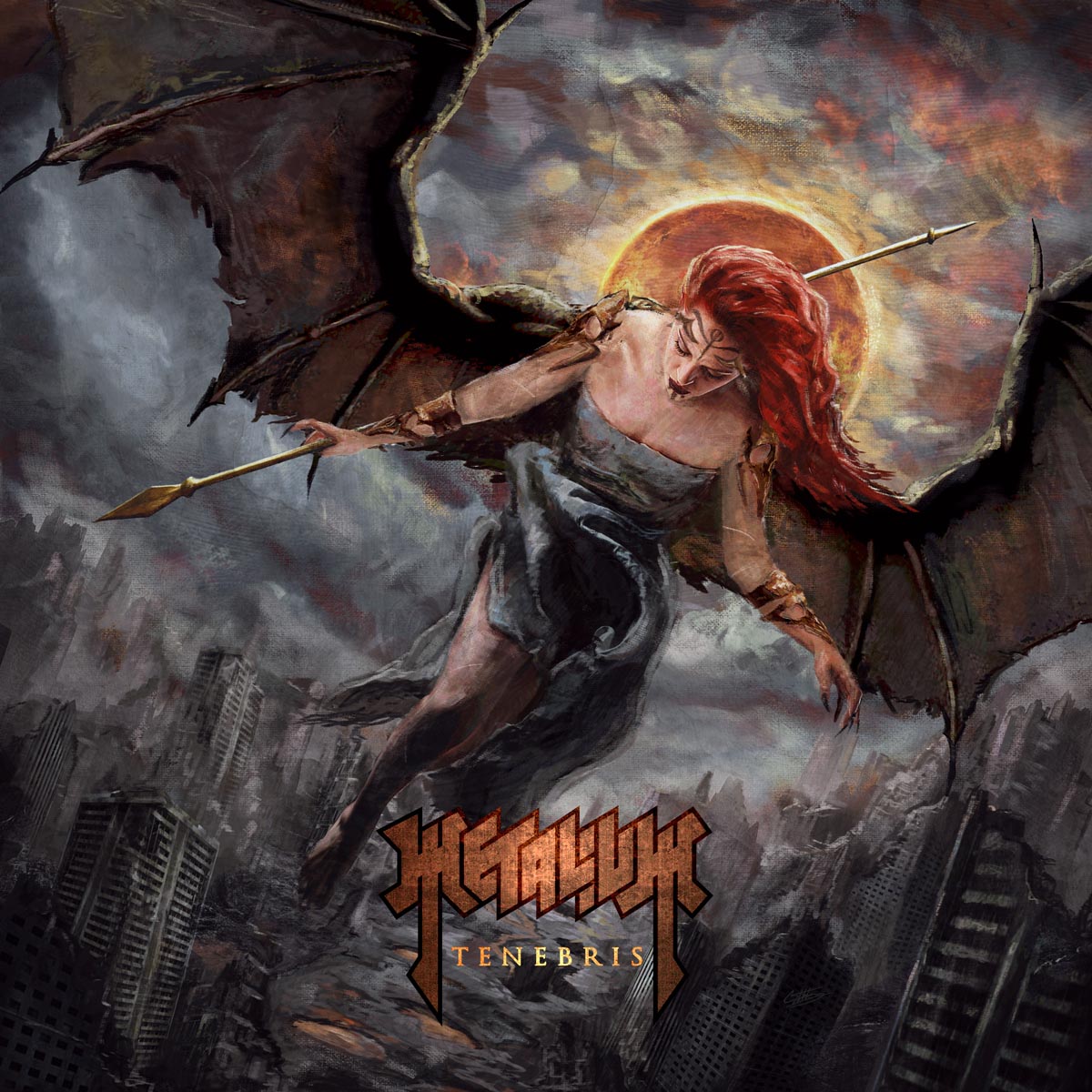 For the most part, what follows this highly dramatic introduction is an exercise in consistency with some occasional points of development, largely mimicking the older days of the Teutonic sound with an updated, modern punch. Biting cruisers such as “Critical Solstice”, “Conflict Resolution” and closing exploder “6th Day Of Hell” expand upon the concise and speed-based thrashing character of “Lucid Dreams”, with the latter two songs occasionally veering into quasi-death metal territory with a more heavily wicked and tremolo-based riffing character that lands right in that sweet spot between Slayer’s “Hell Awaits” and Possessed’s “Seven Churches.” The equally fast yet more melodic “Fallen” has a bit more of a power/thrashing character and leans a tad bit closer to a Destruction sound with Sodom-like vocals, while more nuanced mixtures of mid-tempo and faster material like “Testimony Of Doom” and “Sacramental Disgust” showcase a greater degree of technical chops among this fold, the latter showcasing a shred extravaganza of a guitar solo section that could rival the greatest duels between Kerry King and Jeff Hanneman.

For all the tumult and misery that has been visited upon the world since the onset of the current year, there is a silver-lining to be had in the continually exemplary output being made by bands of both newcomer and veteran status. In a sense, “Tenebris” is an appropriate illustration of what 2020 has been, a year of darkness and uncertainty that, nevertheless, culminates in a highly engaging experience. It is perhaps best summed up in the one song of the bunch not already noted, namely the slower paced semi-balladry of “The Frozen Souls”, which develops from an atmosphere of gusting wind and a lone Jew’s Harp sounding in the distant like a lone traveler braving the terrain during a nuclear winter into a coasting groove machine that’s somewhat comparable to Slayer’s “South Of Heaven”, but with an even danker character due to the vile, death metal quality of the vocals. It’s an album that packs a lot into a short amount of time, as any quality thrashing opus should, and it’s only short-coming is that it isn’t longer. If the apocalypse is nigh, let this be its soundtrack.

One of the ghosts of thrash metal past, born out of the small yet potent Turkish scene of the late 1980s, re-emerges to rain down the apocalypse and unrelenting darkness after the extreme model of the Teutonic Trio.