Marko Hietala, easily one of the most distinctive voices in metal, has had a storied career in music that’s seen the Tarot boss take the sideman role for his most lucrative gig as the bassist and backup singer for Finnish superstars Nightwish for the better part of two decades. Perhaps itching to exert some dormant bosshood, but perhaps hesitant to resurrect Tarot after the untimely death of drummer Pecu Cinnari in 2016, the David Allen Coe lookalike has instead chosen to release an album of his own while Nightwish awakens from a much-needed break.

“Pyre of the Black Heart” is a noble first whack at a solo album from a guy who has just entered his fifth decade as a professional musician, and it is full of exactly the sort of thing you’d expect from someone with a CV like his. Rooted in traditional metal, “Pyre of the Black Heart” smartly injects subtle doses of folk and doom without completely derailing its clear direction. Folkier moments, like the lush beauty of “Truth Shall Set You Free,” may even make the audience wonder if fellow Nightwisher Troy Donockley has participated in this album (he hasn’t); it just so happens that guitarist Tuomas Wäinölä is adept enough on the acoustic guitar to make even an astute listener at least wonder about that. 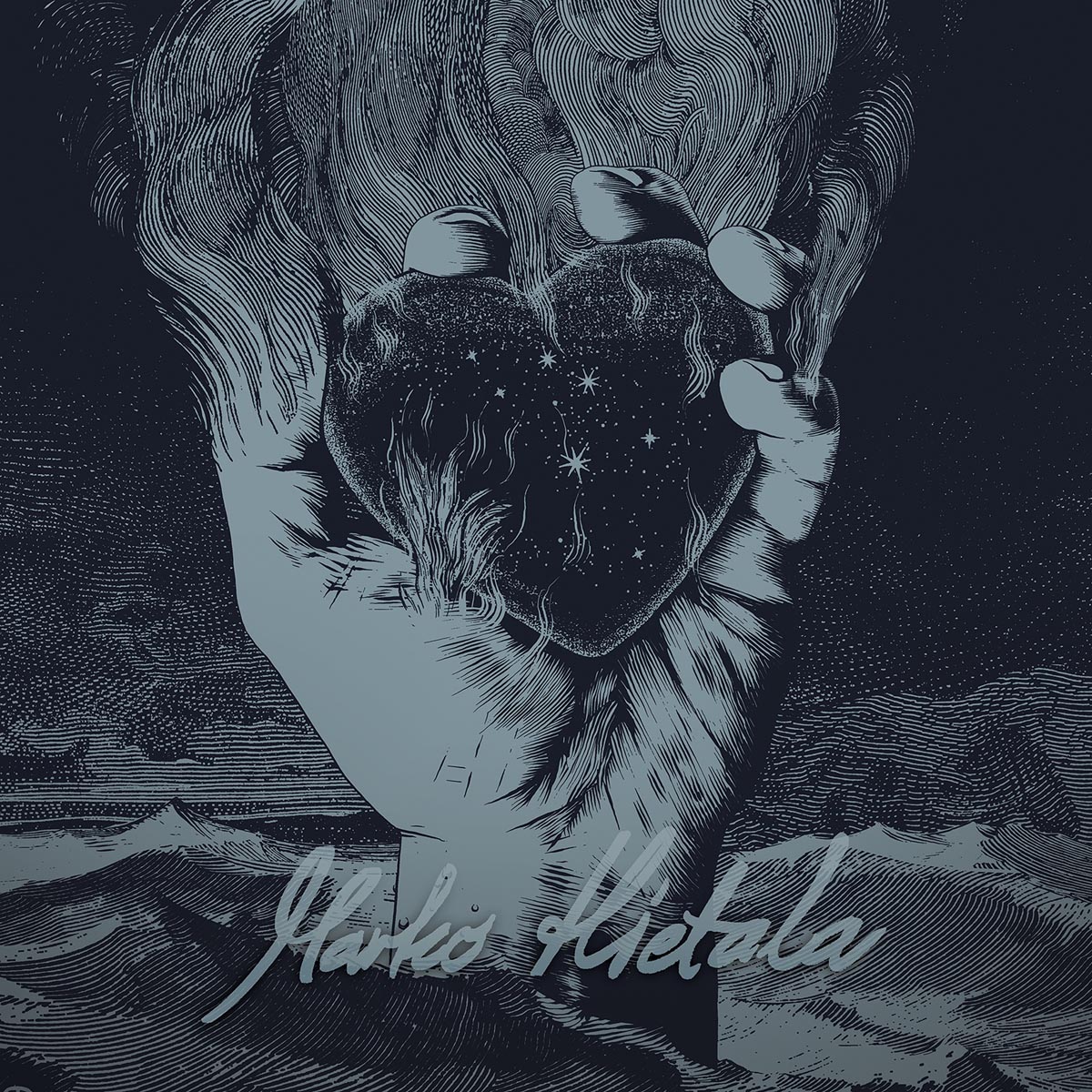 About Wäinölä: this dude must absolutely be commended for incorporating tones and effects not normally associated with metal. This is first brought to center stage on the refrain of “The Voice of My Father,” where the strummed chords are layered with a gentle tremolo while the lead guitar tone tastily mimics the Leslie speaker that The Beatles, Pink Floyd, and Soundgarden loved so much. But if any musician featured on “Pyre of the Black Heart” is to be singled out for broadening metal’s sonic landscape, it is keyboardist Vili Oillila, whose techno-inspired intro to the already excellent “Star, Sand, and Shadow” propel this song into essential territory. Oillila does the impossible before the verse even begins and adds some 80s flair to the tune that somehow manages to not completely gross me out, and does it again at the freaking refrain. He even gives a sly nod to Madonna’s “Live to Tell” in the refrain to “I Dream” without it sounding like a damn ripoff. And to drive the point home, the almost 100% synthesized verses to “I Am the Way” are, in a word, flawless, embellishing a simple chord progression just enough to draw the audience in without overwhelming them with electronica. Top it off with a shreddy blues solo courtesy of Wäinölä, and you have a cut unorthodox enough to perk up the listener’s ear but not foreign enough to completely alienate them.

“Pyre of the Black Heart” is not without its flaws, however. Despite an enjoyable intro and interlude, “Runner of the Railways”  builds upon an AOR backbone and adds humppa infusions to render it even more unbearable. Thankfully, this track is the only real dud on this admirable collection, and does nothing to keep “Pyre of the Black Heart” from being a promising debut from a veteran musician.

“Pyre of the Black Heart” track-listing:

After nearly a decade of being in the creative backseat, Marko – and yes, that's the correct spelling – does a bangup job at navigating the record-making process, and exhibits both the personal and professional maturity to allow his collaborators to embark on their own sonic excursions while deftly keeping the ship on course. In a scene flooded with so much sameness, this is a welcome approach from which more young bands could stand to learn